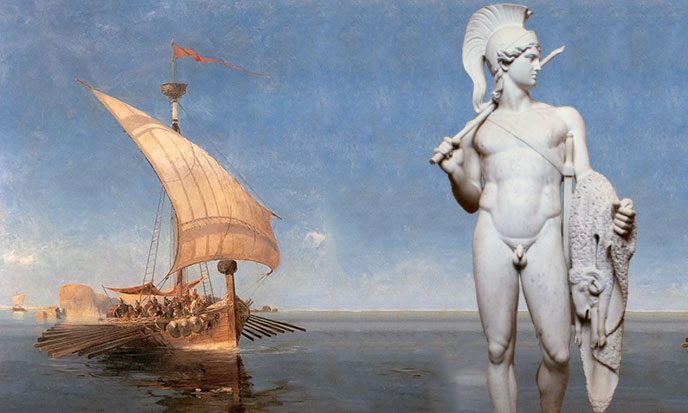 In Greek mythology, ancient ArgonautsGreek Αργοναῦται / Argonaútai are a group of heroes with Jason on board the ship Argo, the Very Fast, to find the Golden Fleece. They appear in many legends. According to sources the number varies, but tradition says that the expedition was composed of 50 men in addition to Jason and wife. (source)

This is the official version by Apollonius of Rhodes, the story that the Greeks had rewritten for their own use and convenience. But Greek source of this episode is late, and quite insipid. We are told that fifty strong and tough men, la crème de la crème, embark on a fast boat to find a goat’s skin. Forgiveness, an Aries’ skin. A wild bunch of giants and mythical heroes to get an old stinky skin? Find the mistake. One does not cross half the known world to bring back a goat skin, even golden. Forget the skin, it is incidental. The real purpose of this raid was to deliver Titan Prometheus chained by Zeus on a distant mountain, and bring him back in triumph on Olympus. In triumph … and airplane.

Mythical homeland of the Golden Fleece, Colchis is located halfway between dream and reality, at the foot of the mountain where is Prometheus. To reach it, you have to take transport means and cross fairy strange lands, where we spend alternately fantastic story to miscellaneous facts the most heinous, or the most trivial. (source) 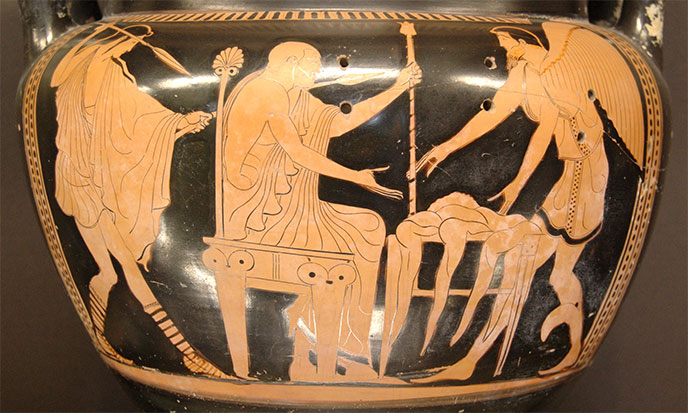 If Colchis exists, it is for the ancient Greeks the very myth of the confines of the world. In my view, we must not place the term of the Argonauts travel in this Colchis located in western Georgia, on the shores of the Black Sea, where the Greeks usually located it.

The Argonauts had a real purpose unrelated to a sheepskin. The goal was to deliver Prometheus because the departure (or death?) of Zeus made him a legitimate pretender to the vacant throne of Olympus. And Prometheus, as we have seen, was chained to a peak of the Ural Mountains, near the ancient city of Arkaim. That’s the place the Argonauts had gone.

I want to quote the Chained Prometheus of Aeschylus, where is clearly stated this fact from the prologue: “In this country -end of the world- way deep in the Scythian plains, we have brought you Prometheus.”

You can see on the map below that the Scythian plains are well above the Black Sea, and way deep in the Scythian plains, is the Urals,  not Colchis, which is the territory of the Parthians, too close to Greece to be a real “end of the world“. This is for me a late relocation to adapt the original story to geography of Greece from the 5th century BCE. 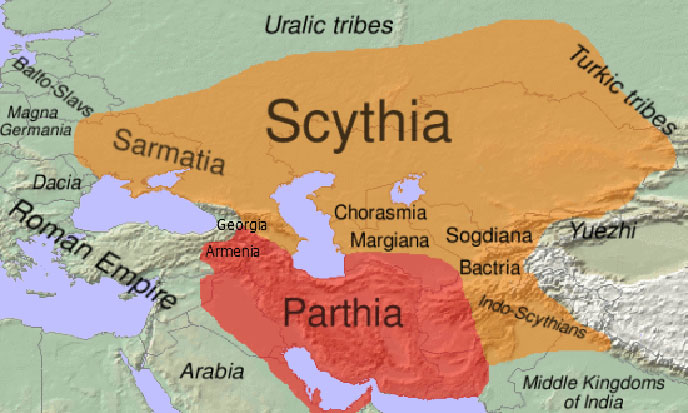 Not only the places have been changed. Much of the story has been altered, so the Greek version became completely incomprehensible. The most complete version is called the Argonautica, written in Greek by Apollonius of Rhodes. You’ll find it everywhere if you do not know yet, and you won’t understand as well. The story I will tell you is quite different in appearance, but much closer to an ancient -and very forgotten- historical truth.

First shock: Zeus do not star in this prod, far from it. The whole affair was orchestrated by the true god of gods: a goddess. And not just any, Great Hera in person, called Hathor in Egypt. Tired of Lil Zeus’ sordid pranks, divorced her consort without warning, and presto! Zeus disappeared from the mythology. The great goddess wanted to install Prometheus on the throne and especially in her bed.

She had to make him free first, and she rather relies on protected Heracles, Glory of Hera, who will do anything to please her. But Prometheus prison was not next door. Many dangers awaits the traveler in these hostile lost countries.

The raid will use a flying machine, one they repair or they build in purpose. It takes a small army of young people without complex  -pilots and mechanics specialists, handy warriors with heavy weapons, skillful navigators, all men under the guidance of unquestionable leader. Hera will use protected Heracles. Greece has no shortage of skillfull engineers and mechanics used to ancient astronautics. The raid will occur, Prometheus will reign on Olympus, as decided by Hera.

We see how the Great Goddess has invested in the project capital for her as for the future of the world. But we still do not see what has to do with the story that damn golden fleece. Let me enlighten my dear reader.

It is said that once, a hero destined for certain death escaped on the back of a flying ram. I never heard of flying ram, but I know very well that Ram, the Aries of Hyperborea, had a supersonic aircraft. The skin of Aries with metallic reflections … And I am convinced that this ship was golden color. Hence its name: Golden Fleece.

This expedition was to restore Prometheus in his titanic size and glory. To achieve this, fitting Prometheus with a luxurious supersonic jet -that of the great Rama- would be the most beautiful effect. Hence the need to bring back the Golden Fleece, that is, first, to repair it and make it airworthy. That is why there are pilots, technicians, mechanics and skilled craftsmen among the fifty Argonauts.