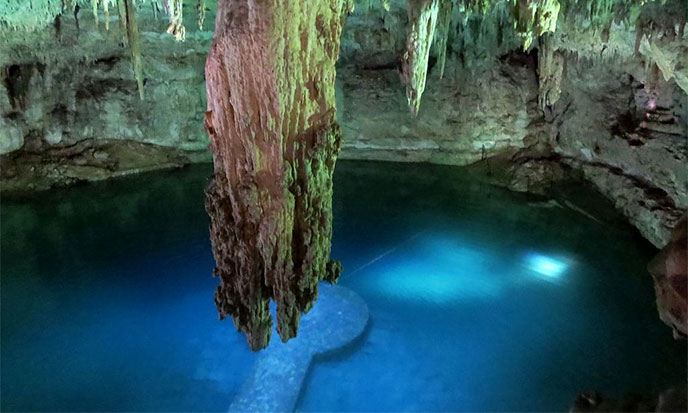 Every timeless civilizations show a surprising mastering of hydraulics and particularly a branch of the science of water I would call Sacred Hydrology. Magnificent traces of these ancient achievements linked with the cult of holy water can be found almost everywhere ont this planet.

“The Sacred Well of Santa Cristina, built around 1000 BCE, demonstrates one of the richest periods of the mysterious Nuragic civilization.

This is currently the most visited temples that TowersThese towers or Nuraghe gave their name to this ancient culture Builders have dedicated to the worship of water.

On the ground, the visible structures still draw the elliptical perimeter of a wall enclosing a second wall forming a horseshoe in the center of which is the heart of the sanctuary. Of these two concentric walls remain only the foundations made of coarse rubble, but the Sacred Well itself has miraculously survived.

Down to the level of the aquifer, the building presents a hollow polished basalt fitting showing a very nice finish and a perfect control of the curves that designates Santa Cristina as one of the most elegant Nuragic achievements. 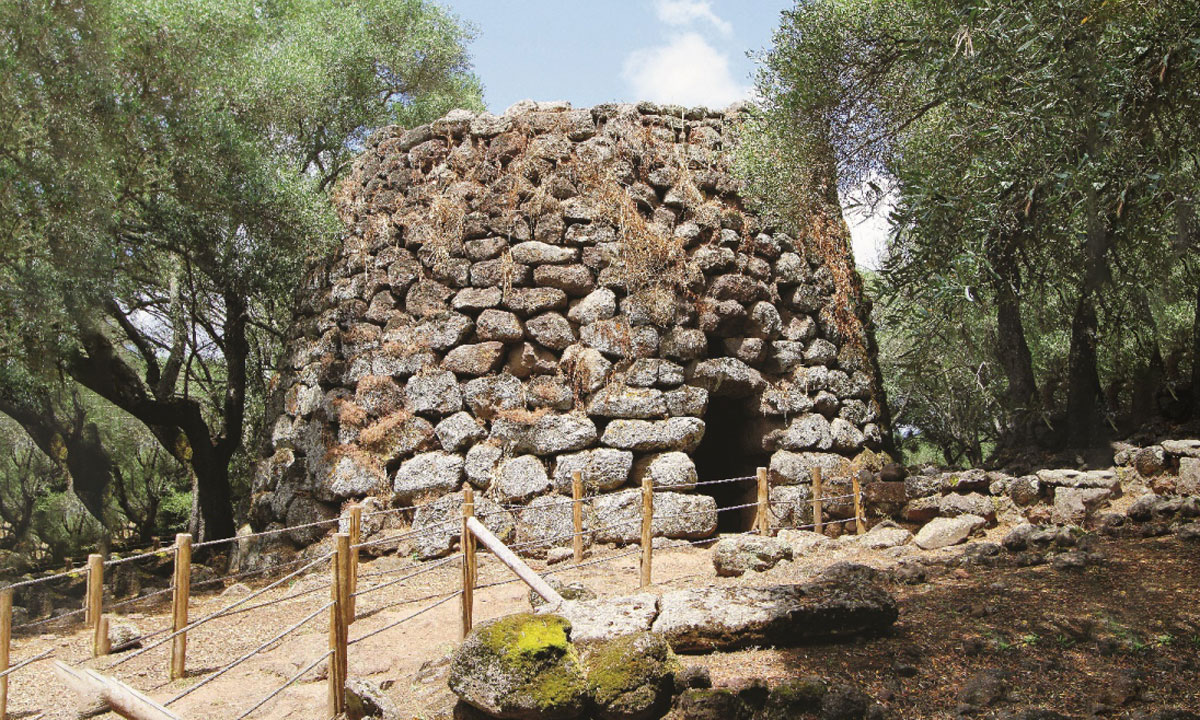 Housed in an underground vaulted tholos, the well bottom forms a shallow circular basin, carved into the rock in order to collect the ground water. Surrounded by a rim, the basin seems to lend itself to a ritual immersion, but modern visitors are content to throw loose change or beer bottle caps.

In the center of the basin, flush some 7 meters above the natural soil, the tholos keystone is pierced by a large circular light hole.

This ox-eye highlights illustrates the astronomical knowledge of the builders of the Bronze Age: at the March and September equinoxes, the sun’s rays pass through to illuminate the bottom of the well. It is said also that every eighteen and a half years, it is the moon that passes in fullness at the base of the cap and casts its reflection on the wave of the sacred pool.  (source)

This miracle took place during the full moon of June 2007 … For the next show, no need to book, but be patient: Full Moon in January 2026!

Access to the bottom of the Sacred Well by the 24 steps of a staircase rather steep. Accentuating the vertigo effect, the side walls tighten sharply to the depths while their surface shows a discrete helical curvature, but in perfect harmony with the form of the underground tholos.

The ceiling of this beautiful descent to the waters consists of 11 steps that seem antipodal reflect those of the stairs and evoke the surreal architectures designed by the Dutch engraver Escher, three thousand years after the designers of Santa Cristina.

Close to this wonder, appear various substructures: remains of two large adjoining huts, a circular area evoking a public square and several series of buildings that may have been hosting pilgrims. The set evokes one of those religious and tribal centers described by ancient historians.  (source)

In the sixteenth century, Spanish bishop Diego de Landa, responsible for Christianizing the Mayas of Yucatan, learned that the faithful were performing regular pilgrimages to a sacred place. He then discovered that close to the ruins of an ancient city buried in the jungle, was a large natural well still revered by the natives.

Diego de Landa recounts in The Relacion de las Cosas de Yucatán that men and women are thrown alive into the murky waters of a deep well that the Spaniards call “cenote”, an Hispanicization of Mayan word dzonot.

Gradually, he learned that it was actually practiced human sacrifice as part of an ancient worship of water and fertility. As for remains near the well, it was that of one of the most beautiful Mayan cities: Chichen Itza.

Cenotes (from the Mayan dzonot meaning “sacred well”) are sinkholes collapsing completely or partially filled with a surface layer of fresh water and sometimes a lower layer of sea water if they communicate with the ocean by faults.

The Cenote Suytun, shown on top of this article, is locatred just east of Valladolid, Mexico, is typical of many natural sinkholes in the limestone bedrock of the Yucatan Peninsula. 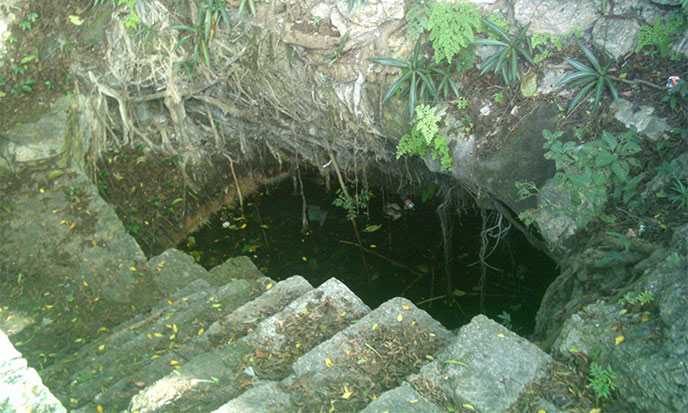 These natural wells, up to several tens of meters deep (335 meters for the deepest), are mostly found in Mexico and Yucatan. They open, as blue eyes, in the heart of the densest jungles. Filled with a beautiful blue water, flooded with light, they might have been the pools of pre-Columbian gods.

But the Mayans gave them a more sinister meaning … For them, the cenotes were open to the infra-world, a “mouth” to communicate with the gods.

What leads directly to the Hollow Earth inhabited by giant gods, a myth as widely observed as ancient hydraulics.

If these wells were primarily precious reserves of fresh water, they were also sacrificial wells: during certain ceremonies of young people covered with heavy gold ornaments were thrown into the cenote as a sacrifice to the gods …

Today, all this is far and cenotes have become pools for tourists included in all tours and desired dive spots because of their clear water. The great Mayan priests must return to their stone sarcophagi engraved … (source)

In Saint Père sous Vezelay, Yonne, there are magical springs and mineral waters exploited since the Neolithic. “In the Iron Age (between 1500 and 100 BC approximately) activity continues and organized. Mineral water sources are captured and managed. Wooden casings are set up to isolate the salt water Freshwater river Cure. This technique involves large hollow oak to make pipes, which sealed, took to each well in sections of about 1 m high and 80 cm in diameter.” (source)

In the 1st century BC, the catchments are surrounded by a circular enclosure that formalizes the sanctity of the place. In this space 34 meters in diameter, there were only the basin, but the temple point.

Not since the Neolithic (2300 BC) to find traces of salt mining. Sensing structures are almost intact. The mineral water extraction was carried out by means of hollow oak trunks. This well is 4500 years old. Its date as that of others was obtained by Carbon 14.

At the arrival of the Romans in Gaul, there were 19 sodic chlorinated water wells. which will constitute the future feed baths.” (source)

“In the 1st century AD, the Gallo-Roman thermal baths are building on this site will be expanded in the second century and used until they are destroyed, probably around 275.

They were part of a square about 54 meters square. They were fed by adjacent sources. It is likely that additional hydraulic system had been developed for the supply of water to the baths. They were exploited for their healing virtues.” (source) 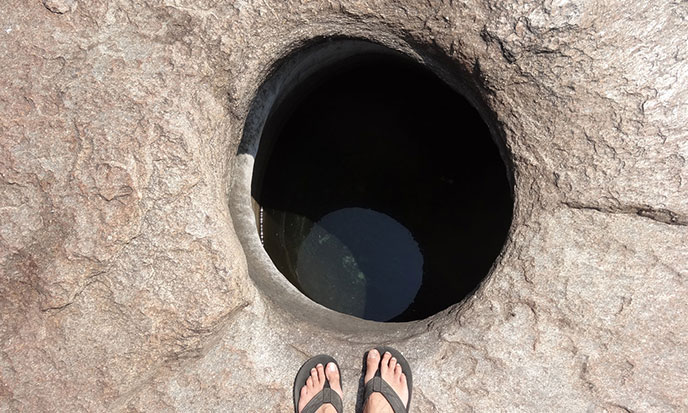