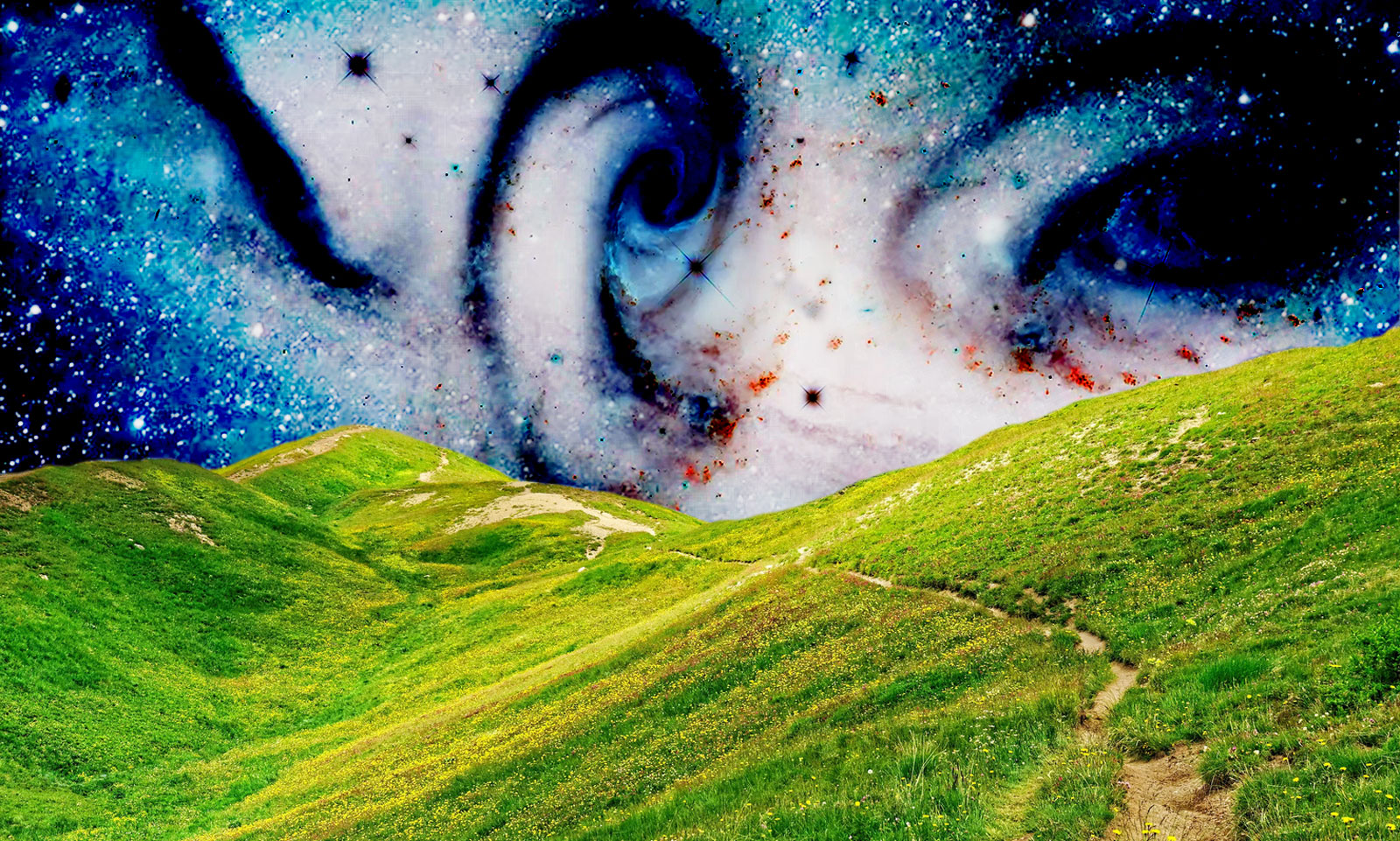 I come from another world. My identity is nothing. I erased my personal history a long time ago. Brick after brick, I rebuilt my igloo to keep up in this icy world. None of the bricks come from here. I made them with my saliva and urine. So I’m sure to be warm in my retreat with sea view.

Everything must be erased, methodically, systematically, rigorously, until there is nothing left inside your head. The conditioning is gone. The head is empty, yes, completely vacant. It rings the hollow. Then the body takes over. Finally!

By the powers of the body you exceed the human condition. Fast, effective. Delace. Exceeds. Nothing in the ice. Erase your trace. You blend into the mass. Your metabolism is a good way to go beyond humans. Viandox. Paradox. Nietzsche would have said: To go beyond the human to reach the superman.

This Descartes donkey smoked too much in his stove, and not tobacco, still unknown in his time. The East India Company supplied him with Black Bombaycannabis + opium which makes him paranoid. Any dealer he’s been, he’s forgiven for over-testing his merchandise. So he stuck his finger in his eye instead of putting it somewhere else, wasting his chances of emptying his head.

René Descartes’ conscience was too cluttered. In all good faith, he thought he was from here. From France. Or from Holland. Probably from Europe, though at the time, people don’t care. They have doubt. Descartes too. And when he doubts, people listen to him. They look for where it sins. To be there, pianola, tombola. Let’s dig our brains. Let’s look for our being there. German: Dasein. The word will come later to Kant, his successor. 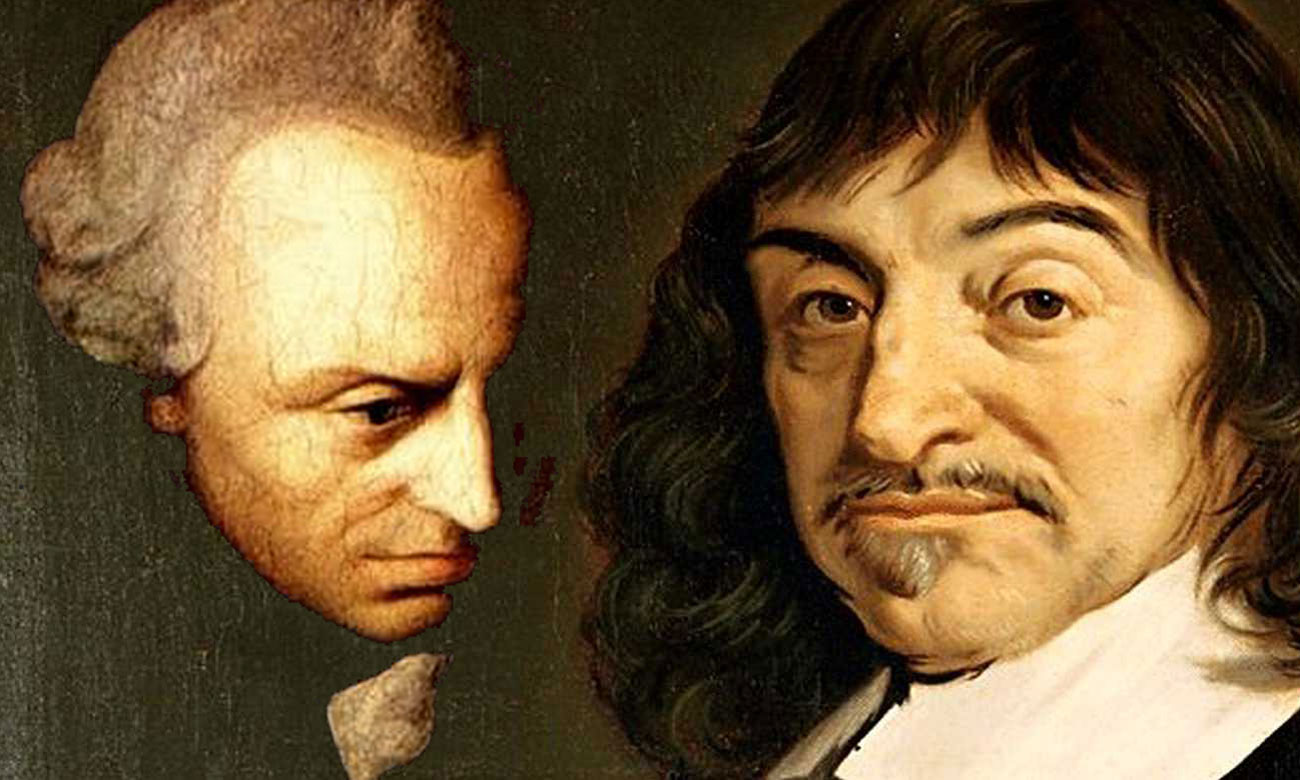 Heidegger will take it back to re-grind it. No one will understand anything. See Wikimachin: “The Dasein is understood as the being of  being; not as the receptacle of the being, but as the dimensional place, the space of proper unfoldment, the field of manifestation and dispensation of the presence of the being, which field is not man himself, but that which, from being, constitutes man as capable of an understanding of being; it is man’s singular concrete existence.“

Gibberish First Prize — Category: Cortex Jerking — If you get it, write me, you win.

The being of being! When you have nothing to say, use very stupid language. Very abstruse. Swollen, absurd, dummy. So phony tongue. This pseudo philosophy is but pinch. Hair splitting. That’s why, over time, all philosophers get bald. Some of them wear a wig from childhood. I think, so I’m bald. He thinks, so he’s not. Take it for granted, René.

Dasein: A German term that means “being there”, meaning being there. In philosophy, the word appears in Kant as one of the twelve categories of understanding situated between the possible and the necessary. In this context, he is opposed to non-existence (Nichtsein). (source)https://www.philomag.com/lexique/dasein

This is much clearer. But I want to talk about being here, Hiersein. To me that’s the only thing that matters, knowing what the helle we’re doing here. In such a mess. Where approved thinkers make us feel bad with absurdities that claim to be intelligent. From intelligere Latin, understand. Intelligence, for philosophers, is the opposite. No one understands a single bit about it.

Being here is a reality shared by a vast majority of humans. Please note that I do not say the totality. Prudence, dear prudence! (listen) Beyond appearances, prudence is the mother of all vices. It must be circumvented. Turning prudence becomes the mother of all screwdrivers.French joke lost in translation At least it’s useful there. But damn it, it’s going to give me a hard time translating it into English.I failed 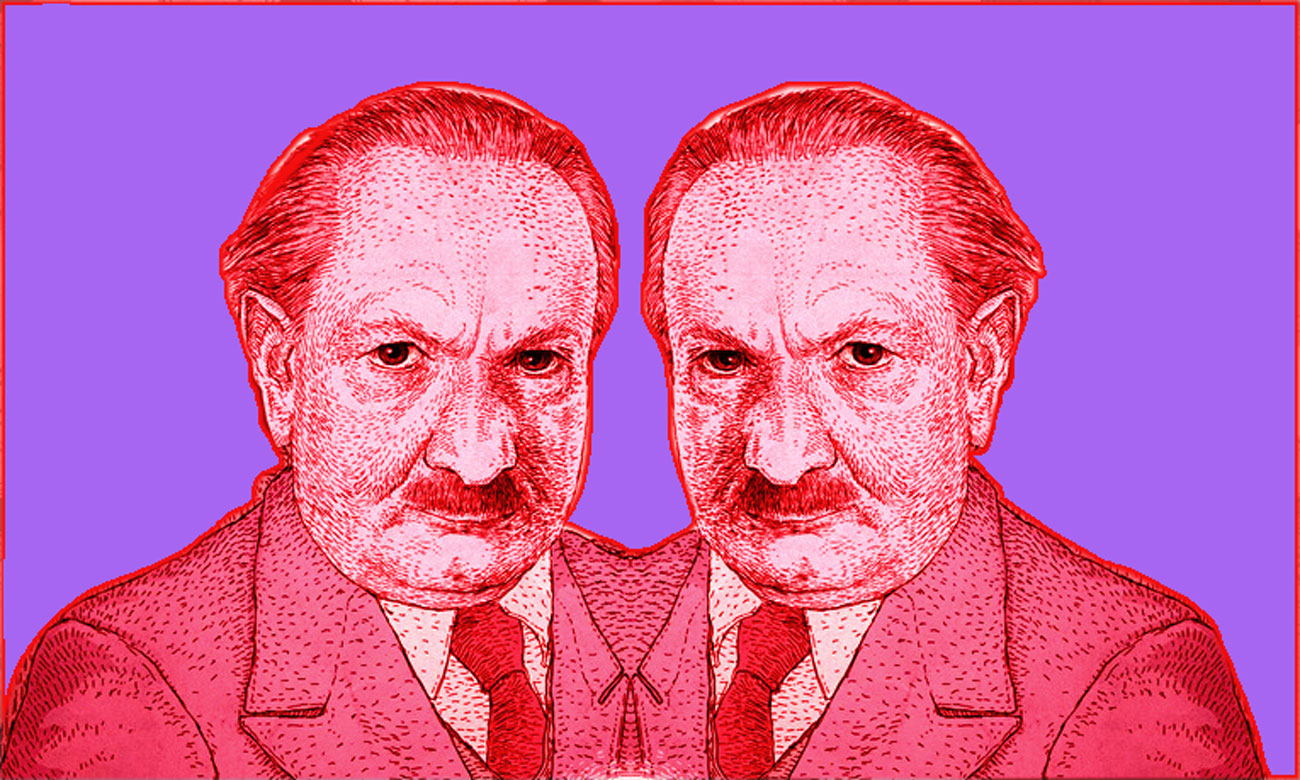 I come from another world. I’ve always known that. As a child, I got up in the night to go and teach my dear parents who took me for a fool. Mom no, she was like me, she came from somewhere else and she knew it. Dad also came from somewhere else. From Germania where Hitler’s minions fed him very badly and lodged for another four years. The schlague! The schleus! That’s the worst insult I can make. Mom used to say the Krauts. No caps. They lived in bochie.

Now they are our allies. Our brothers. Poor Mom, it killed her. Dad came back from captivity. His body was here, his soul was gone. His life remained there. The bochie broke him. Why did Mom make me study German? I am the only one of her children whom she punished in this way. I was her favorite, said my siblings. I don’t know. They studied Spanish, the lucky ones. Although — it was under Franco.

Poor Germans, what a burden on their backs! Don’t speak ill of them, the war is between two people. The France of the time was cinoque, baltoque. The heart in charm and the judgment in rags. Besides all my being is besides. Being-elsewhere. Anderswosein. To your wishes, Kamerad! Where’d you get that cold?

I come from elsewhere. To see me one would not believe. Are you in this case? My country of origin, my homeland, my place of excellence is not here or there. I come from elsewhere. Another world. The astral travelers who followed me on my journeys testify to this. I gave them an adventure elsewhere. Two steps in another world. They will not forget. Those who enjoyed it are no longer there. One day they will come back. This is their new, larger, more generous homeland. A subtle homeland that no longer needs the heaviness of a physical body.

Beyond appearances, nothing exists, the dice are loaded, everything is bullshit. Hey tugger! Are we going somewhere else? Everything rather than this. You have to leave here. There is another world within it. The border is inside and the fear stops here. As I said. 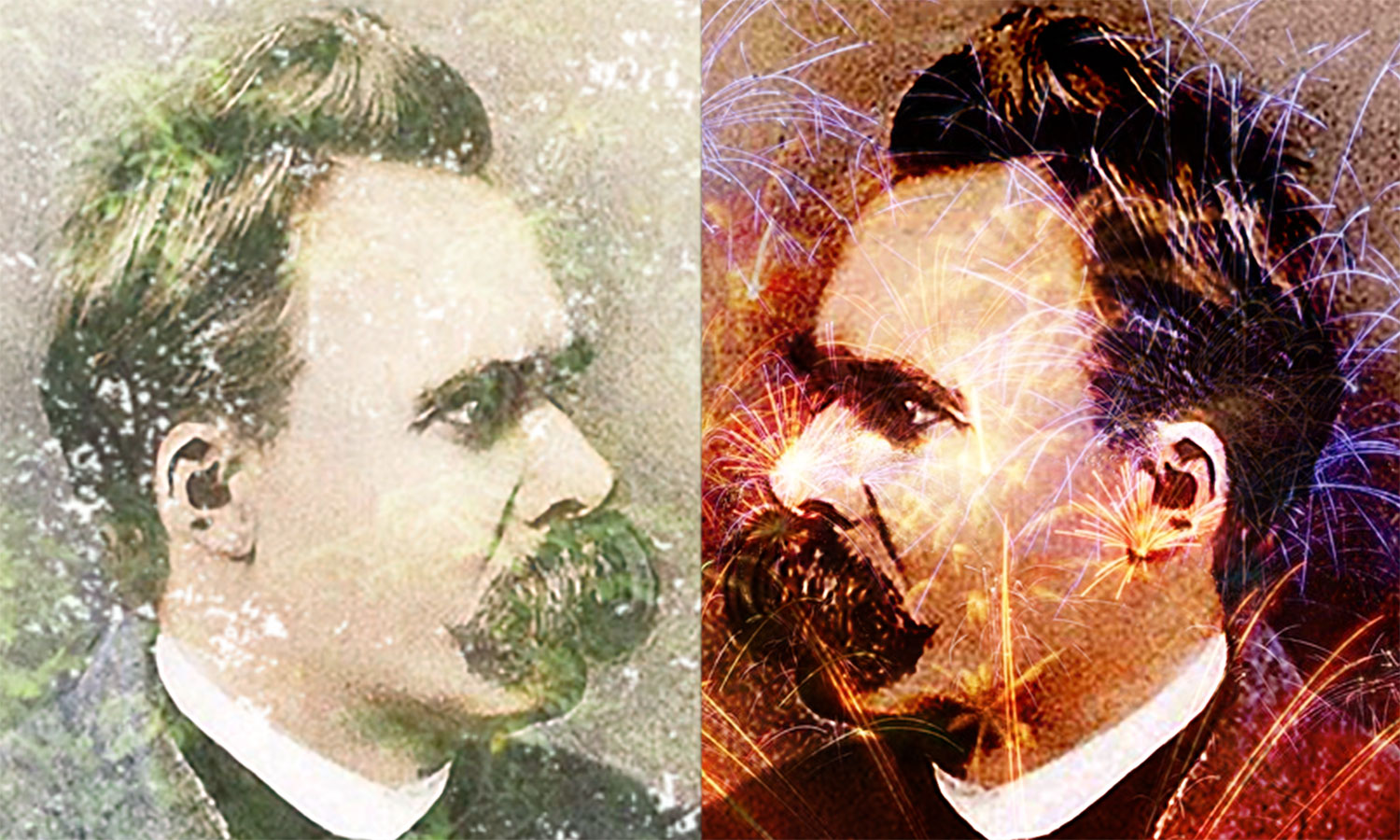 Beyond the human to reach the superhuman, Nietzsche would have said. He did.

Beyond appearances, magic is worth a thousand sciences. Beyond appearances, the astral lives in France. This country is immense, beyond appearances. Its surface is unimportant: the depth counterbalances. Come see me at home — in astral, please. In the sky of Brittany rhymes with Spain, Romagna, Charlemagne Germany or Cocagne country. Toulouse and its castanet. Corsica and its mountains. All the winning countries are here for the rhyme, in Brittany. I know them by heart, I walk them without fear. Whatever my height, I’m not the author.

In astral. It’s free. Just dream. Just know that our dreams are real. Otherwise it would show. The powerful would tremble. The world is their object, we watch them play. We only dream. Without it, we could die. Blood, we bled too much. The astral can heal us. The astral is an attic where everyone can reign. Love without denying themselves. The miller’s attic. The foot. Why deny it?

I come from elsewhere where I spend most of my time. I write under the dictation of angels. Xavier on his clavier. Would a gravel force him to deviate? Young and yet so lively! Gallo: old Even so you envy him. Even sitting under the sink. Confit in a ravier. Pushing on its lever. Fourbu? If you knew!

The gravel that deviates could be a scruple. Latin: scrupulus, small pointed stone. A simple gravel that paralyzes a marching army. Isn’t that a fine definition of scruple?

The other world is ours, the living ones. You don’t see the dead or the older former gods. You only feel the wind coming from the stars. A friendly solar wind swells my sail. Light and new, changing view, deep is your love, high is your life. Forget your fucking knife. Nobody’s wife.

Beyond appearances, there is nothing. Beyond nothing, is there a hidden key? Beyond the key, what will you find? Beyond the discovery, will it be necessary to cover yourself again? Covered in what? Clothes? Woollens? Ridiculous? Shame? I would say pee …See ? 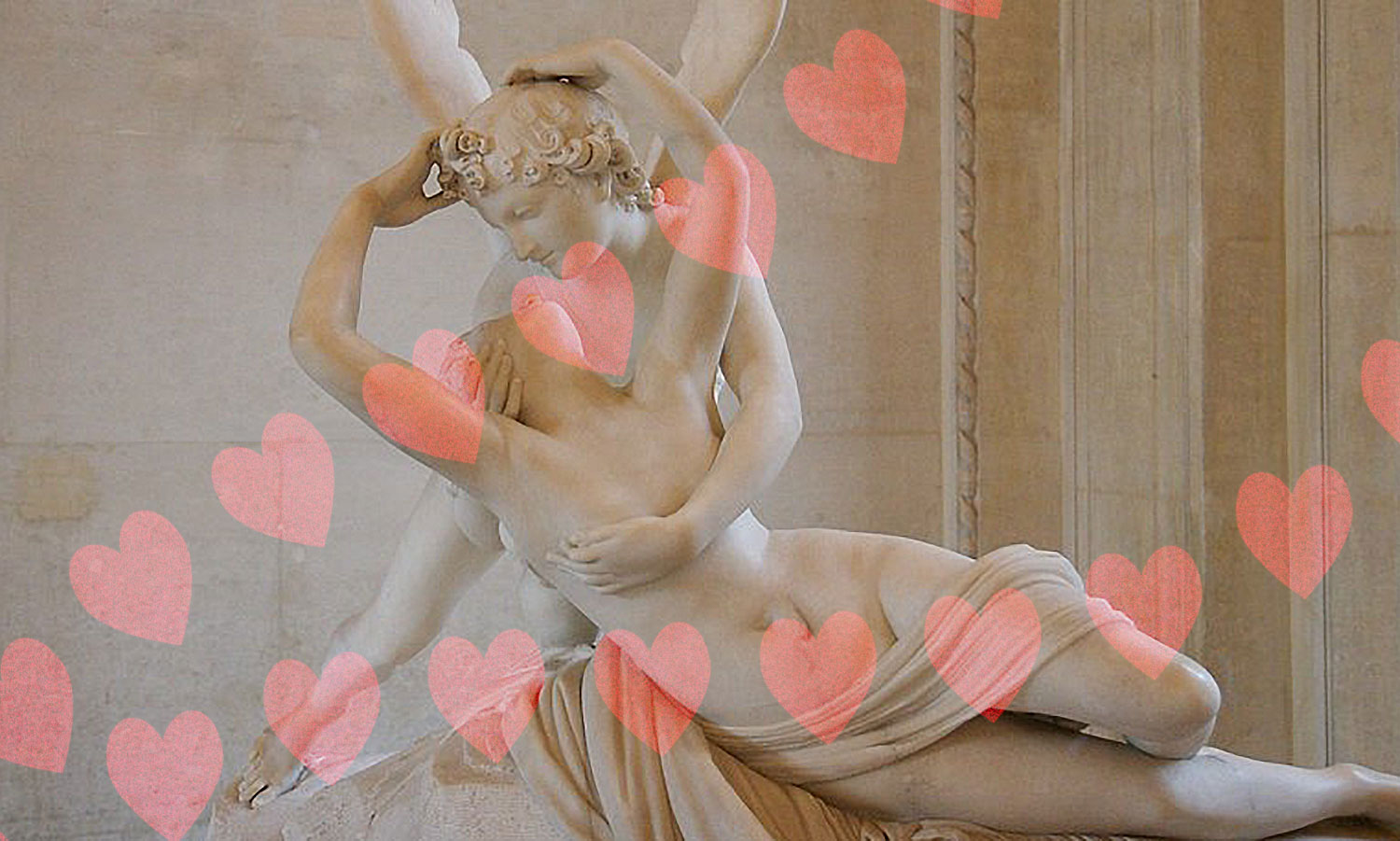 Beyond appearances, there is only the wind. We hear it blowing over the ages, blowing the sage’s song where nothing is wrong. Nothing wiser. Passion flower. Passing over.