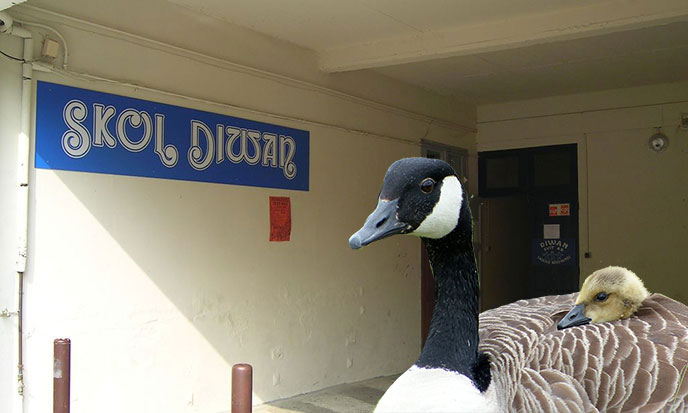 The Breton Diwan is of recent formation, and yet! Yet it contains in it all the wisdom of the ancient languages of oral tradition, like the slang of the medieval builders or the Gallic language. And chance is for nothing.

The difference is significant. Why goslings ? Why goose? In coded language, journeymen builders of cathedrals were called the children of Mother Goose, which also means, in the language of Goslings, born of bitter law.Lost in translation. French la mère l’oie = l’amère loi The language of Goslings love puns, gauloiseries and ribaldry, as holiness also does.

The medieval builders had other reasons to nominate small Goose including Pédauque meaning the webbed foot of a goose, as we saw in Mother Goose. Back to our Goslings and their beautiful language.

The link between Gothic architecture and slang / argot is too obvious to be ignored. However parentage is reversed: it is the Gothic expression that comes from the word argot, not the opposite. To me, the word argot is Argoat, which is the Breton Forest. Why? We’ll see. 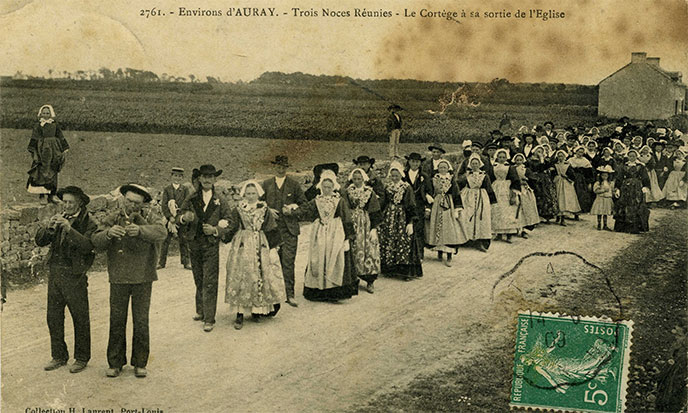 There are Great Britain and Britanny. There are two Brittanies, Breiz Izel ie Low Britanny, and Breiz Uhel meaning High Britanny. But there are two other Britannies. Less known, quite secret indeed, they are called Armor and Argoat.

Armor means the Sea, the fisherman coast. Argoat means the Forest, the inland Britanny, wilder and mysterious. Because of this original forest, the slang / argot is also called the Green Language. Slang is green because cash and direct, using crude, trivial words. But its images are strong.

Slang is also green since it is the language of the Little People of the forest, always dressed in green, like Pan and Peter Pan. The Argoat is inland Brittany, the vast forest that once occupied the whole center of Brittany, the giant forest of enchantments and spells, the legendary Mother Dark Forest which remains today the Paimpont forest. All Breton forests harbor Margot fairies, Morrigans and witches, Korrigans, Goblins and other evil creatures. Or beneficial ones.

When building cathedrals, the medieval companions used Gaelic and Breton. Word games were based on Breton slang ie argoat or argot. Now I find out that many European and Asian place names comes from Breton. As you can imagine, such an unexpected discovery left me speechless.

Current Breton language was made in the 70s. This is a composite language, a mixture of several main Breton dialects. Purists complained, not without reason, that this neo-Breton was like nothing, especially far away from their grandparents tasty dialects. There is a simple reason: the Briton people once used as many dialects as parishes or even chapels. I tell you why.

Linguists distinguish two functions of language, exchange and secrecy. In ancient Brittany, while the language of the national or regional exchanges was French, Breton dialect was used as a secret code that only included the insiders, ie local people.

From a bell tower to another, expressions were often different, and vocabulary too. Over the centuries, no one found way through this myriad of Breton dialects. And that was the aim. Moreover Breton dialects were mixing with Gallo, which is French dialect of Haute Bretagne. To make universal Breton again, the Rennes university borrowed from two main Breton streams, the Vannes’ and the Paimpol’s. 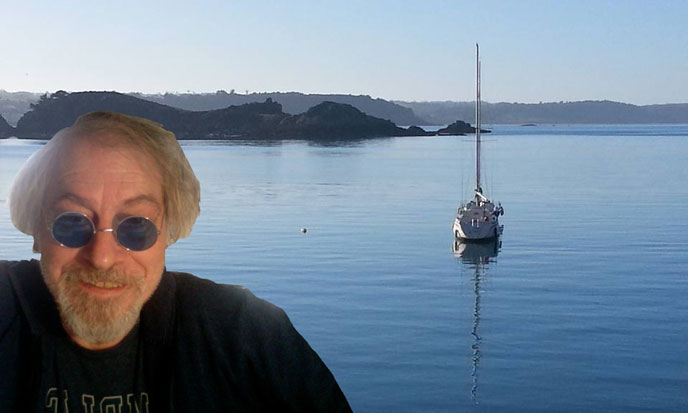 That’s all I knew about the new Breton language, taugth to young Britons in Diwan schools. This language aroused my suspicion. That’s why I was really surprised when I heard this recomposed Breton working quite like an initiatory language, and could provide the key to many of the linguistic singularities, in all Europe, North Africa and even Asia. As we know Britons are overseas travellers.

It seems that those who have developed this neo-Breton were wise, insiders probably inspired anyway. Unbeknownst to them, perhaps they made us the very ancient sacred language of Hyperborea. Bless them for that.

Linguistics have largely ignored the Breton -which in my opinion is all that remains of the Gaulois tongue- because linguistics study ancient languages mainly through the texts. We have been living for thousands of years in a civilization of writing. The Celts had remained faithful to the ancient oral tradition.

If the Gaulois tongue was spoken throughout Gaul and beyond, it was not written.

What reinforced the initiatory side. On the other hand, almost all cathedral masters of works were Irish and Britons, so we find lot of loans to the Celtic languages in green tongue of insiders.