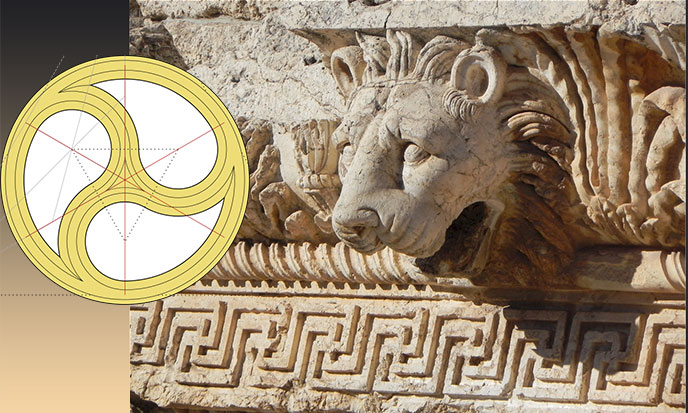 “The etymology of Baalbek is highly questionable.”  (source) Which is often the case with etymology. Of course, the linguists polarize once and for all on the Mediterranean Semitic languages, and therein lies their error.

As always, again and again, much is unknown. The French language comes from two different sources that everyone knows: the Latin source and Gallic source. The Gallo-Roman world was the reality on the land of Gauls for many centuries.

The fact is the Gauls did not write. Ur-Celtic was the sacred language of Great Antiquity, which I call in jest pre-antiquity. Sumerian, Akkadian, Hebrew, Egyptian hardly even counted under the language of Hyperborea gods, the language I called Ur-Celtic, as they say Ur-Deutsch.

The Ur-Celtic was believed lost until recently. By the grace of a modern Merlin, it seems to have been largely restored in a recent language, made with care and wisdom from elements borrowed from various Breton dialects.

This old-new language is the Diwan Breton. In the Breton language, Diwan means germ, birth or rebirth. 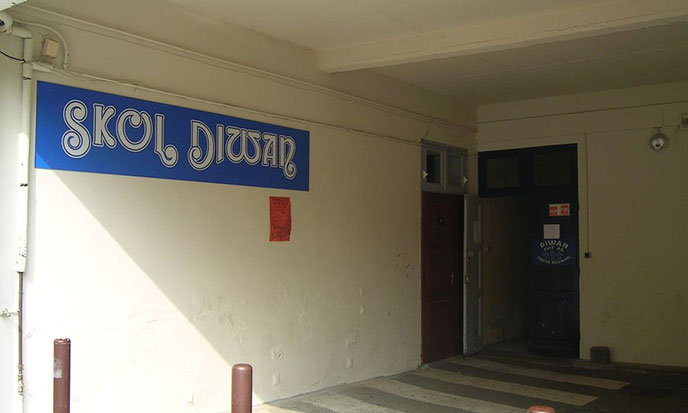 There is another word diwan, same spelling in Morocco Arabic. Here the word means administration, official office, administrative headquarters. There is no connection at first sight, our linguists have therefore once again invoked chance – that does not exist. Linguists never associate two strictly identical words, and one wonders why. Their etymologies are widely fetched, as all the mutation rules and language development they have imagined to fill gaps. I think the idea of ​​germ and birth may well be combined with the idea of administration if one wants to remember how this civilization began.

Came from a distant planet which we know nothing, beings belonging to the galactic civilization came to this planet with the intention of terraforming, ie to make it habitable by human standards.

They were human beings like us, but from the point of view of our primitive human ancestors that they found upon arriving on Earth, they could be seen as supermen or gods.

Terraforming a planet is making it habitable, but also make it viable. The duration is part of terraforming work.

To be complete, the terraformers must form a hominid species to take over the job.

These gifted pupils have to become gardeners and zookeepers. Until one day perhaps, just like the terraformers did, these pupils will become astronauts to terraform other planets when this one will become too small.

The terraforming was also terraformation and teaching. After having modified us to increase our performance, they taught us everything, starting with standing.

Before them, say the Assyrian tablets, men lived like animals, they walked on all fours and drank water ditches.

The directors of this human menagerie had to discipline, administer, manage the population, and that’s diwan of Morocco.

This divine administration bear fruit one day, for now it is only a germ, a birth. And that’s diwan in Breton.

This word Diwan is to me a word of the alien language of terraforming gods, that pre-Moroccans frozen in one of its meanings, while pre-Britons retained another.

It is not the same with Karnak and Carnac, as I have shown. Both names have the same meaning, as Baalbek and Bael beg.

I guess you guessed it, Baalbek comes from Breton. Beg or bec is a very common word in Breton, which specifically refers to the ancient pre-function Baalbek.

What does Beg or Bec mean in Breton? “mouth, tip, mouth – access, door, threshold – limit, approach, end.” (source)Favereau dictionary What was the first use of this place? A spaceport. The colossal platform that serves as base to Jupiter / Zeus temple in Baalbek was at first a space platform.

Since the shuttles of Baalbek Terraformer joined Hyperborea, the mother ship that was their abode in heaven North Pole. Thus, Baalbek was indeed a door access, an approach. Now the sense of mouth and tip, which gave the French word bec, meaning beak, it may refer pointy rockets that were there.

Baalbek becomes the door to Baal, an approach using rockets. Now what Baal mean? It is an ancient god, we are told. One again? It is the god to which the infidels Hebrews turned while Moses was busy on Mount Sinai.

Linguists and other moldy academics say Baal is a god. 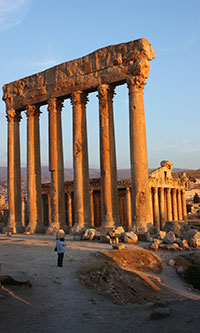 But they refuse to assimilate to the Gallic god Bel, or Belenos, despite the strong phonetic proximity. I lean towards a collective name, as Quetzalcoatl which denotes both the king and all his people. Baal was pronounced Bel, suggesting the bleating of the sheep, so the ram, so Rama. Breton word Bael is a probable mutation of Ael that means angel. Yes, you read that right. Baal in my opinion, and according to the Diwan Breton language, is a collective noun that refers to “the angels”, ie those of heaven, the Hyperboreans. So Bael Bec is the door to the angels, the Hyperborea threshold.

In his novel The Search of Lost Time, Marcel Proust devotes a long chapter to the names of countries under linguistic and geographic perspective. Proust knew perfectly the issue. But he loved to disguise place names, and the Normandy resort where the young Marcel dreamed in the shadow of young girls in flower, he renamed Balbec in his novel.

Balbec, because it is a typical sound of this region, which lends itself perfectly to the charming landscape of the coast. I do not know if he was implying something else, the fact remains that he wrote Balbec. Moreover there is a city named Bolbec in Normandy …

If music be the food of love, play on.