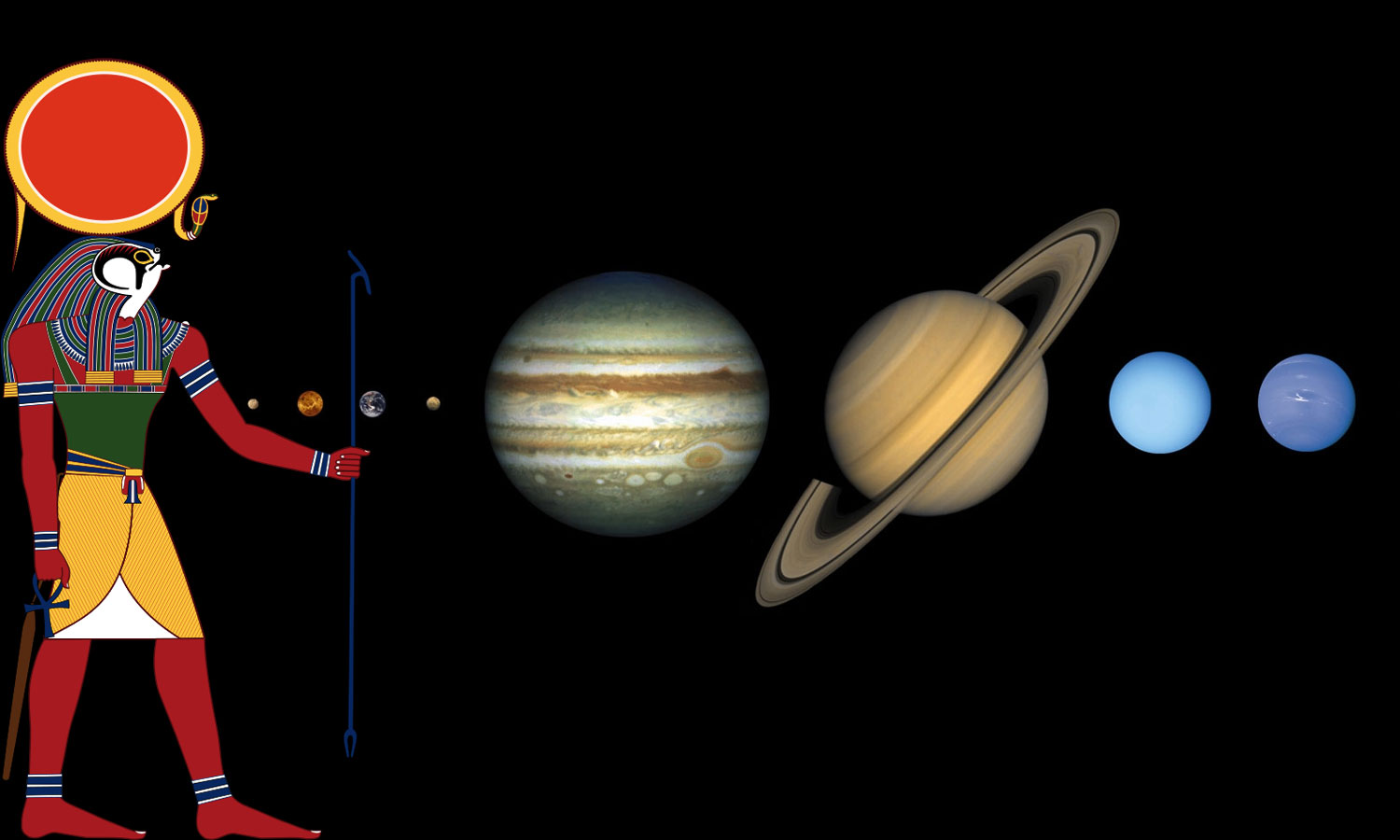 In the language of the gods, the sun was called Ra or Re. Egyptian mythology has let us know, and many traditions confirm it. I say the gods, the expression is misleading, gods they were hardly, but superman, yes, without a doubt.

Traveling astronauts, they had a job for which they were prepared, equipped, competent, in a word: pros. Their mission: to terraform the wild planets. Making them habitable, according to several  criteria: atmospheric, food, meteorological, seismic, hydrological, etc. Terraforming a planet like Earth did not happen in a few years. It spanned no less than three billion years, during seven major visits that Genesis calls the seven days of creation.

This time, they came to complete the development of our planet, endow it with an intelligent species that could continue to develop and care after their departure, because these professionals have other fish to fry. They will come back, they are at home, we belong to them like everything they have sown down here. But for the moment, they are busy elsewhere. That’s why we noticed a kind of slowdown in divine benevolence …

When the gods were to baptize the planets of a star system, they chose the quickest way. They numbered them thus: star-one, star-two, star-three, star-four, etc. Or sometimes in the other way: one-star, two-star, etc. This simple code has the advantage of immediately indicating the position of a planet in relation to its star. Astronomers have always done the same, see Alpha Centauri. All the planets of a star system had the same ending. In this case, the planets of the solar system ended with Ra or Rê. Hence Ter Ra, Terra, the third planet in the solar system. It works very well in Latin. And if we take Rê instead of Ra, we have Ter Re, Terre, it works as well in French.

Starting from this name, Terre or Terra, can we form the names of other planets using the same components? Logic would like us to use Latin for the numerical prefix, since Latin is used for TER. I started on this track, but I was gently led to change my mind.

Thus Mercury, the first planet in the system, closest to the RA sun, should have been called Unra with a Latin prefix. But I preferred Ahnra, from the German Ahn, the ancestor, the one who is at the origin. As my accomplice Alain Aillet has shown in more than one article in this chapter, the word Ahn comes in the direct line of the language of the origins, that of terraforming gods. Ahn gave a lot of words in all languages. At home, he gave ONE and ONE, which comes from UNUS, UNO Latin. For the planet Mercury, I propose AHNRA, which can also be written RAHAN. Yes, Rahan, like the son of the fierce ages … In divine language, this name means Sun Prime, or Ancestor Sun. 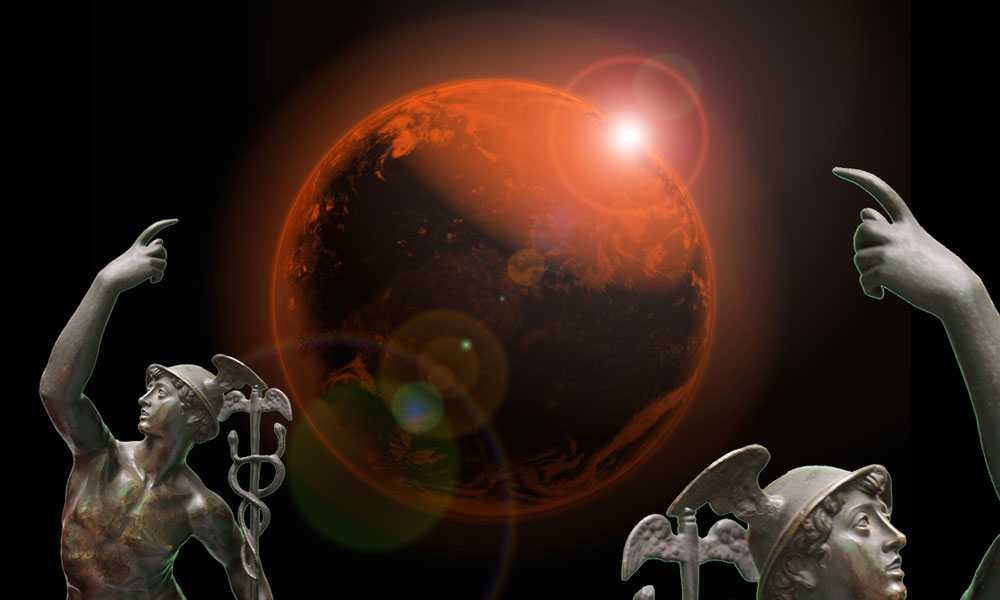 The second planet, Venus, takes its name from the goddess of beauty and love in the ancient Greek pantheon. Immanuel Velikowsky supposed that this planet is a comet captured by solar attraction after grazing the Earth causing the ravages of the deluge. He places this event in -2500. Disagree. If Venus was a newcomer, the Earth would not be the third planet in the solar system, but the second. If Earth had been the second when terraforming astronauts named it, the name would not be Terra, but Diora or Tura, with the prefix DJU for deux or dieu or TU for English two or Spanish dos. Such was the divine name of Venus: DIORA, which means the second, or the divine, but which could also be written RADIO.

The third planet is where I write: TERRA, our good old Earth. Ifever you go there, come see me. The Latin suffix TER means three times, not three, which is said to be tres, tria. The equivalent for two would not be duo, due, but rather BIS. What would give Venus the name of BISRA, which evokes the Arabic bismillah, in the name of Allah. Bis means twice in Latin and in in Arabic. Bisra could therefore be translated: in the sun.

The fourth planet, Mars, would have the QUAD prefix, or Quater, which gives QUADRA or QUATERRA, which can be read Quasi-Terra, which is almost the Earth. Yes, many legends attest, before losing its fertile mantle and being reduced to the state of skeleton without pulp or flesh, Mars was as green and irrigated as our planet. The ancient astronauts would have terraformed it first, before coming here. Or during?

The fifth planet has disappeared. Originally located between Mars and Jupiter, it would have been destroyed by an astral collision, perhaps the same as the one that snatched the mantle of Mars. Its name was CINKRA or KINKRA. At present, its location is marked by the asteroid belt, its likely debris. By continuing the nomenclature on the same basis, we get SISRA for Jupiter, SETRA or SEPTRA for Saturn, UITRA or OCTRA for Uranus and NONRA or NEFRA for Neptune.

Thus, orbiting around Ra the Sun, we have Ahnra for Mercury, Diora for Venus, Terra the Earth, Quadra Mars, Cinkra for the missing planet, Sisra for Jupiter, Setra Saturn, Uitra Uranus, Nefra Neptune. I do not know if you agree, but I feel great familiarity with these ancient names. Some even look like modern names. It is quite possible that they are accurate. What do you think ?