When I arrived at the end of my arcane XIII, under the direction of my friend Jean-Claude Flornoy, the catharsis was so powerful that a big rise of energy made my whole body throb. The pelvis and the hips were shaken with spasms, the belly was struggling with a life of its own, a rhythmic undulation ran through the bust and the neck, and in a stream of light I sprang entirely through the fontanel.

I am the son of my works. ☺Air to the sky, I see the angels, or just like. A stream of white light, a very clear and pure light, brilliant without being blinding, surrounds me on all sides. When I catch my breath moments later, Flornoy tells me this secret:
– You very nearly went directly from the arcane XIII to the awakening. I saw you jump with feet together over Temperance and The Devil. The white light of the arcane XVI has scorched your hair. You were almost there. It was a bit of hair you passed over you. I mean, beyond the ego.

As I was silent, he added: Awakening has opened your arms. Now it will not drag on.

It happened soon after, that’s right. The Arcane XIV Temperance was already more than familiar to me, as I explained to myself. Awake from birth, I practiced since childhood the fluidity between clear and unconscious consciousness. I excelled there at times. Admittedly, I was not an expert on this inner process, but I had noticed that it did not happen to others. So I kept silent. The month that followed my arcane XIII saw my separation from Micha, and from my children. I left the family home like a prince, penniless, without looking back.

Only then did I understand the extent of my drama. A young and lovely damsel consoled me for this immense loss. The anger I felt against Micha did not calm my desire to see my children. In search of a new nest, I settled in our country house, near the beautiful forest of Fontainebleau. Every day, I went up to Paris. My sexual and emotional life was unbridled. So that I could take the arcane XV The Devil for the demon of noon. I was 42 years old. I was coming out of 21 years of marriage. The brand new energy that animated me turned me into a young man.

In this state of mind, I welcomed the effusion of enlightenment without much surprise. I was prepared for it. I had often experienced rises of energy since childhood. The House of God expresses the descent of the Spirit into the heart of the being of flesh. Powerful, unforgettable feeling that strikes forever those who live it for the first time. It was not my case.

This is not to say that the shedding of white light signifies the welcome of the living god in the house of my body. As far as I am concerned and what I have observed in other awakened people, enlightenment is not a permanent state. Sometimes I am awake, sometimes I sleep again. Sometimes I wake up again, sometimes I go back to sleep.

That’s why I love to practice Erquy’s reki, to heal, to help those who just wake up. The erasure of the ego, the gift of my person and my efforts, the welcome, the unconditional love that heals everything, that’s my reward. Grace invades me in these circumstances. When I officiate, I become a priest, a monk, a holy hermit, who am only a histrion of junk. When one has done like me career in comics, one can not take himself seriously. This is my chance. 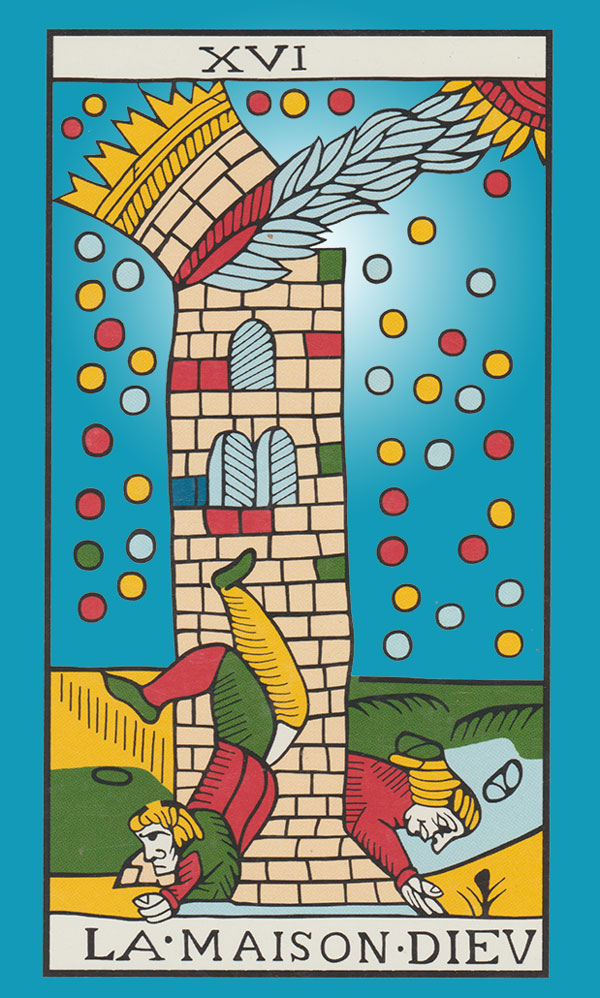 The Tower of God is the first awakening, the equivalent of a driving license. When we receive the precious parchment, we still do not know how to drive or behave, but we have the right to learn driving on the road, life-size. There are degrees in enlightenment. It is the ladder of Jacob, that the awakened climbs degree after degree. The happiness of the House of God can not be measured instantly. It is digested. He is evolving. It develops until it fills the whole body. And then all life. And the whole country, the whole world, the cosmos and to infinity.

God is in me, he gives me this ineffable grace, but I do not take myself for Him. Especially not ! This confusion, unfortunately spread among gurus, precipitates its author in hell. Farewell happiness, equanimity, farewell serenity, these three gifts are the daughters of humility. I hover in the astral, but I must remember that I am not the engine nor the wings. I appease those who toil, I relieve those who suffer, I heal those who are condemned, but I remember that these powers are not mine. I am the repository of a power of which I am not the source. To know for sure that man can become the channel of power, the instrument of transcendent power, but never transcendence incarnated.

The Tower needs humility. This is why we cross the energies of Temperance before the exuberance of the Devil and the outpouring of The House-God. I am excessively excessive, I am in great need of temperance. Moderation. Frugality. Simplicity. All without excess, of course. The Middle Way is that of great wisdom, which is why we succeed only after many zigzags from right to left, many roller coasters, many ups and downs.

Humility is always useful. It is necessary at this stage, if only to not attribute to you the miracles that you cross and that you seem to distribute around. Humility is the shield of the warrior. His armor. And the tapered lance he opposes to the ego, this sneaky and stubborn invader. You fuck him at the door, he immediately returns by the window. At any moment, whatever your inner level, you run the risk of giving in to the advances of the ego. Like a vulgar sectarian guru. The warrior avoids this through cultivating humility and service.

Awakening is the most beautiful thing in the world, the most beautiful gift that a human being can receive. Celestial chivalry started at Pendu. But until now we were only a squire. The dubbing comes to the XV arcane. The house of God arms us knight of heaven. From that moment, if we’re still in the world, we’re out of the world. No worldly concern will soon have any more hold on being awake. He breaks away from it gradually but surely. He already sees the horizon of light where he will camp soon.

The law of universal effort will gradually fade away. From here some mysteries will set up the treadmill. I’m talking about it right now because it’s a direct consequence of awakening. The awake is guided. Unmanned. Remote controlled. He moves on, he dances, but he does not have the secret of his dance. He thinks, but the thoughts do not come from his own funds. It captures the waves emitted by the Living, it feeds light, wind, azure, infinite. Hindus say: prana. I am not there, but I call this day of my vows, where I will feed myself only with pure light and unlimited space. 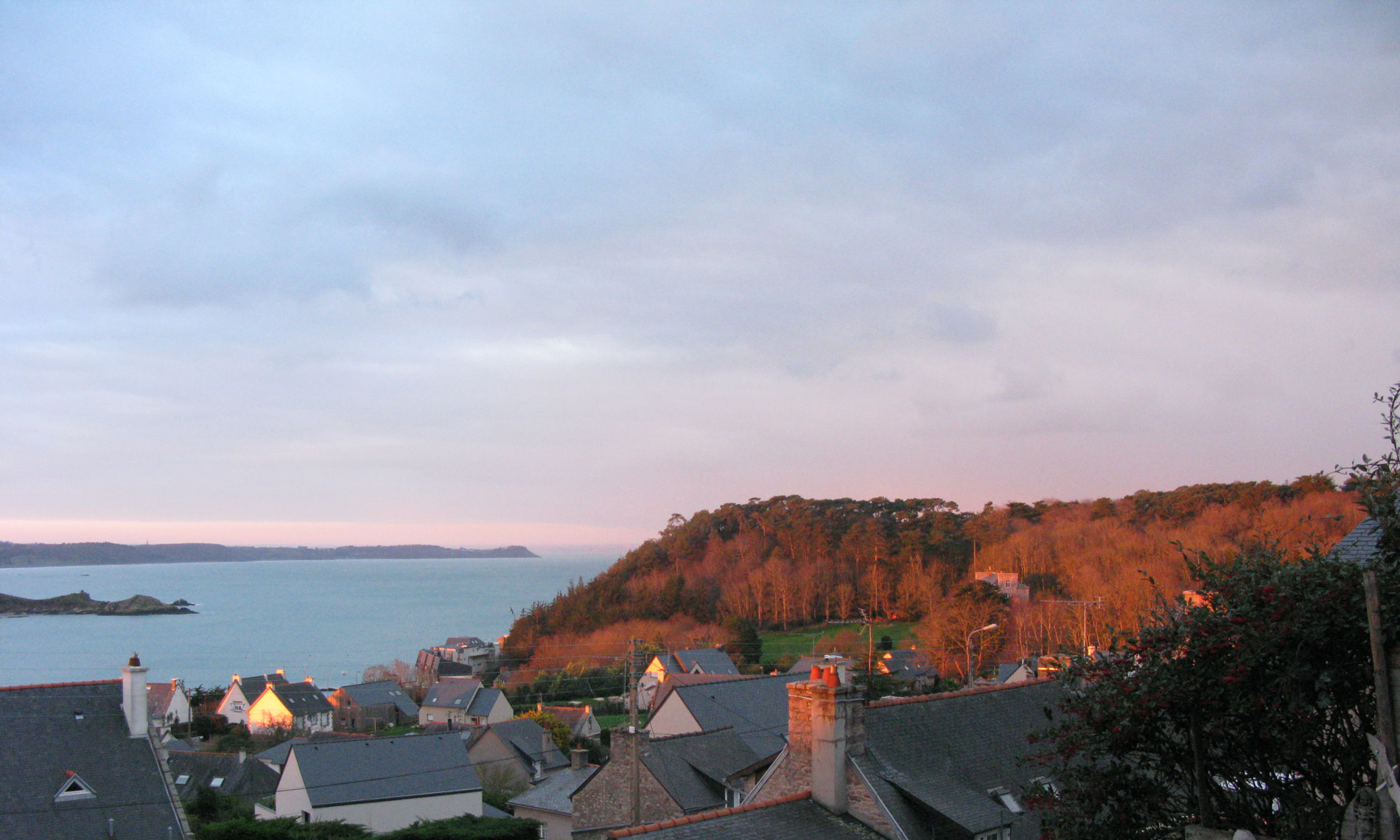