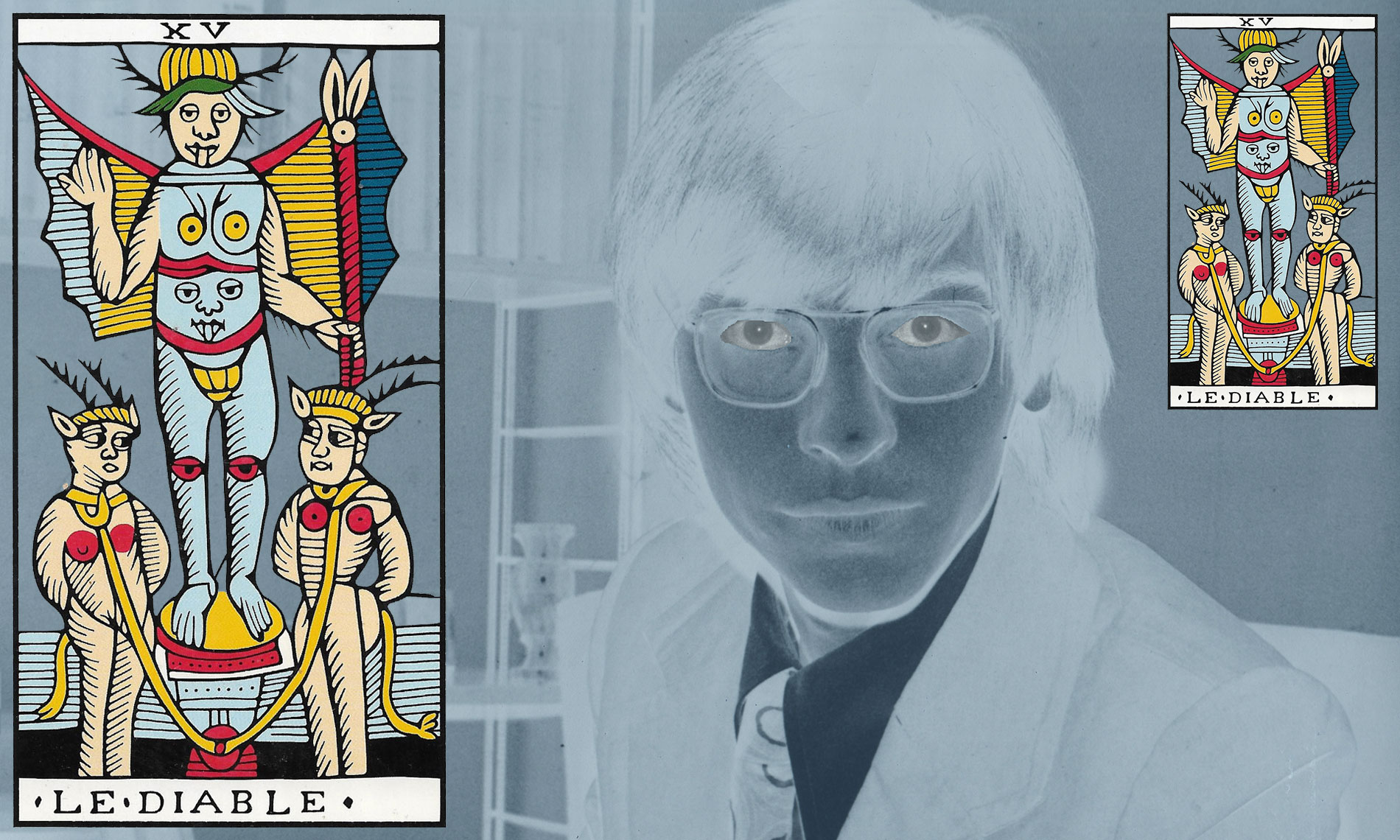 The devil of the initiatory tarot is not the bad guy. This jubilant arcane presides at the opening of the first 6 chakram: perineum, sex, belly, plexus, throat, forehead. Only the fontanel remains closed. Its opening means the awakening, it comes to the next arcane, XVI La Maison Dieu.English: The Tower

The guy on the picture, this first communicant who plays the magicians, it’s me, yes, but long before. In the 70s. My arcane XV The Devil, I lived in the 80s, and then again in the 90s. Note that I had already lived before, in the 60s. This is the great uncertainty where throws me this arcane that made me choose an unreal image, that photoshop makes more timeless yet.

I must give up once and for all to expose a beautiful chronology, drawn with the line, where each arcane harmoniously takes the continuation of the preceding one. This is how Jean-Claude Flornoy lived, which allowed him to understand the meaning and experience of major arcana. I did not have that chance, I was going to write this geometry. I must therefore content myself with exposing you as honestly and completely as possible to the inner experience of the mystery, even if it means gathering several periods of my life to achieve it.

The devil’s most beautiful trick is to persuade you that he doesn’t exist! (Charles Baudelaire)

The devil of the tarot is not harmful, it announces on the contrary the main embellishment of a human life, the awakening. We have a lot of unavailable energy in us. Positive or negative energy, it does not matter. When you can access you will change easily its negative sign in positive sign. There is nothing to fear, nothing should scare you, except yourself, your aberrations, your madness. You have to learn to live with it anyway. The arcane XV The Devil offers you the main opportunity. Your life is nothing like the one you lived until the arcane XII The Hanged Man. You will go further and further away from the one you were. At last you walk, finally you advance towards the meeting par excellence: with yourself. Become whoever you are.

Whenever I look at this dark image above, I see a devil. I know that I am not one, in the Christian sense so negative, I shudder before this first vampire communicant. The images are here to illustrate my point. Moreover, they strive to make perceptible, assimilable, certain traits that my prose can not communicate.

This is also the task of the title. the stone in question is that of my garden. A beautiful big stone of two teeth tons, top of a dolmen partially buried. He gave his name to my street: the rock to the devil. Wherever I go, wherever I go, the devil is beckoning me. Never negative. Always toned, exuberant, serene. This devil inspires sympathy. I always had some for him.

His body has many anomalies. With eyes on his knees, another face on his belly, animal eyes on his breasts, he pulls out his tongue while bowing to the crowd we do not see. He is in representation, perched on his pedestal. And his sex – a clearly visible sex, bright yellow as breasts, but at rest, not erect as one would expect a demon.

This devil is not evil. Look at the two beings tied to his pedestal. A male, a female. Naked, but hindered. Subject to the will of a devil who does not have the devil to the body. This arcane thus expresses the control of sexuality. The XV arcane The Devil is not the party of the slip, even if it does not wear it.

The Devil expresses the rise of energy. There are several, one for each chakra, in principle. The energy of the kundalini makes its way on the central channel, sushumna.

First opens the pump that feeds the entire energy scheme: the basic chakra. It’s a pump. It absorbs all the telluric energy that it can. The light is like a funnel, the mouth to the ground, hanging under the perineum and swinging between the thighs. This energy pump can be inactive or lazy. It is reactivated by walking or running. It is restarted by Reiki.

Then a second rise of energy opens and activates the sexual center. Warning ! The mastery of sexuality characterizes this arcane. Sexual activity is not forbidden, but ejaculation is not recommended. The energy that goes out through the sex chakra can not rise to the upper chakra, the belly chakra. Sexuality mastered, ie used and controlled, which is the role of tantrism. Sex is a means of awakening, provided you do not give in to unbridled voluptuousness. Respect, listening, exchange, sense of timing, impeccability, that’s what we need to implement. 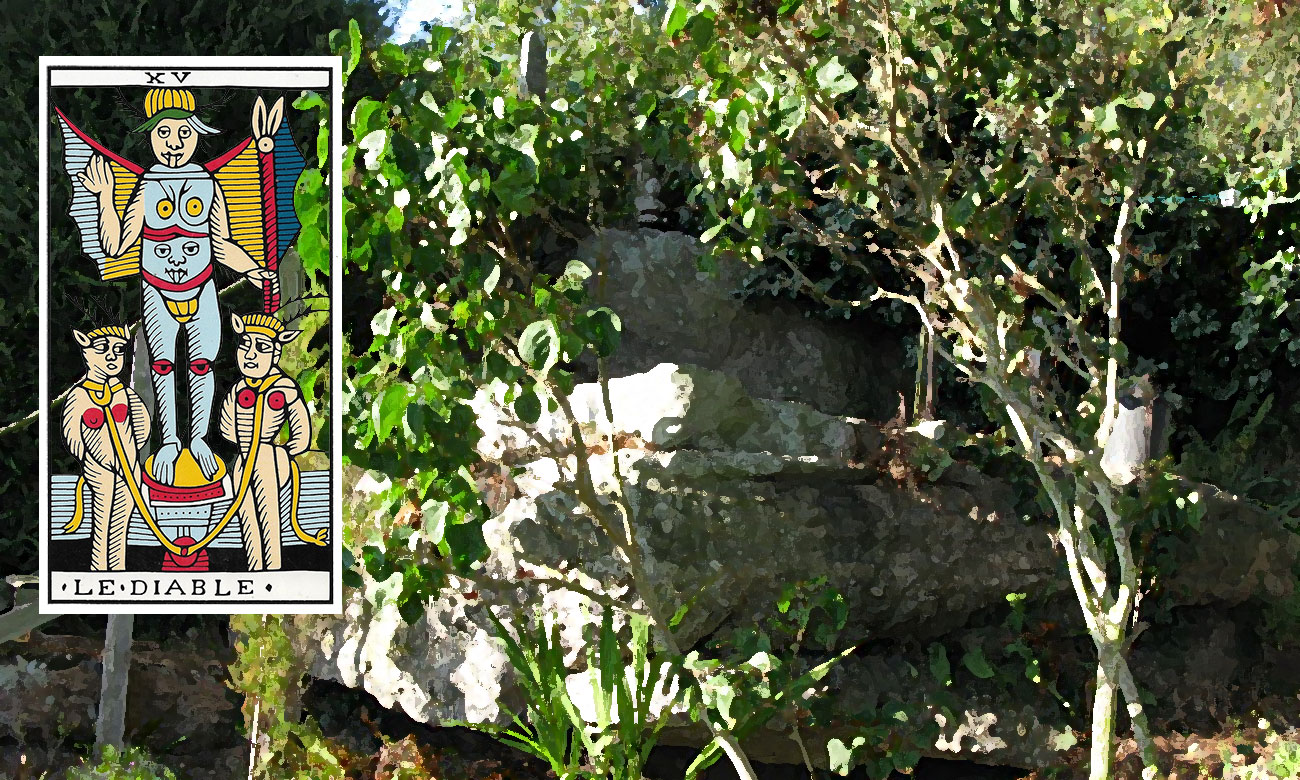 When so, a third climb of kundalini will open the upper chakra, or center of the belly. This chakra commands assertiveness. Not to be confused with pride or ego. To assert oneself is to regain one’s anchorages. Strengthen its bases. Carnal connectivity, electronic, tactile. Visualize a root network that starts from your belly and sneaks into the depths of the ground. Now visualize the same swarming rooting, but this time in space, each root and each rootlet looking to plug into a star. Visualization is a matter of will. The optimal opening of the belly chakra allows you to exercise full control of your will. The truth. The one that comes from the belly.

A longer or shorter time elapses between each rise of energy. In the 1990s, kundalini outbreaks were clear and unambiguous. Now they can have the same power, or be so tenuous that they go almost unnoticed. Each manifestation of power takes on a different form and intensity, personalized, adapted to the place, the circumstances, the time. That’s why I’m talking about my life rather than my reading. In what way is a particular experience useful to the community? None of you have the same, but everyone understands exactly what I mean.

The reincarnated enlightened do not have all their powers from birth. Great initiates either. Returns, tulkou in Tibetan, always have the power of clairvoyance and sometimes healing. Awaken by birth are forced to relive each arcane as if it were the first time. They are rebuilding the architecture of the tarot in themselves, for their new life here and now. Since they have already lived through the whole bazaar, they often have anticipated flashes. The mysteries to come are incarnated in preview. They live the path of the tarot in an apparent disorder, in any case in a different order than that of the numbering.

I recall in this connection that Noémie Fortin is working on a new order of major arcana. She scrutinizes the tarot Jean Dodal restored by Jean-Claude Flornoy. She published her first work here. Like all his readers, I await his conclusions on this new order – not global, but universal. My little finger tells me it’s huge. Patience. No pressure. To get everyone out of his ark, do we know how long Noah has?

New rise of energy. The kundalini pierces the heart chakra. Opened for the first time at the Arcane VI The Lover, the heart is now diffused on the wavelength of universal non-sexual unconditional love. Lightness, full possession of astral flight in consciousness, mastery of power dance, jubilation, self-sacrifice, sacrifice, heroism, are some of the qualities of being that come with openness of the heart.

After will come throat. Chakra of magic, haunting speech, the song of power. Then the forehead, the opening of the third eye, opens the door of visions. You without, you feel, you vibrate in unison with all these new senses that throb, you feel them, you enjoy them, you take them, you leave them. The kundalini unfolds, the energy shakes you, the devil holds you in his claws. 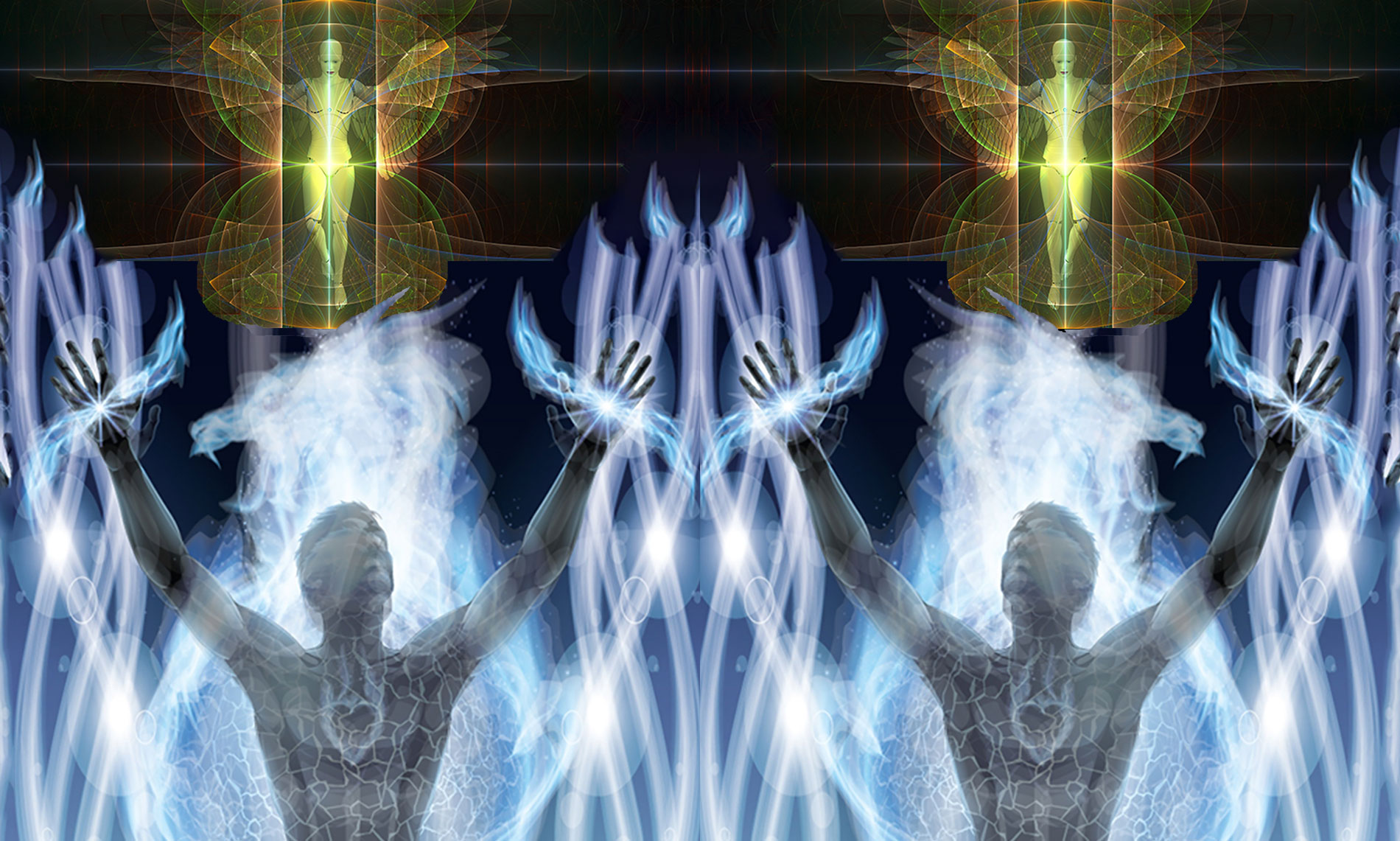