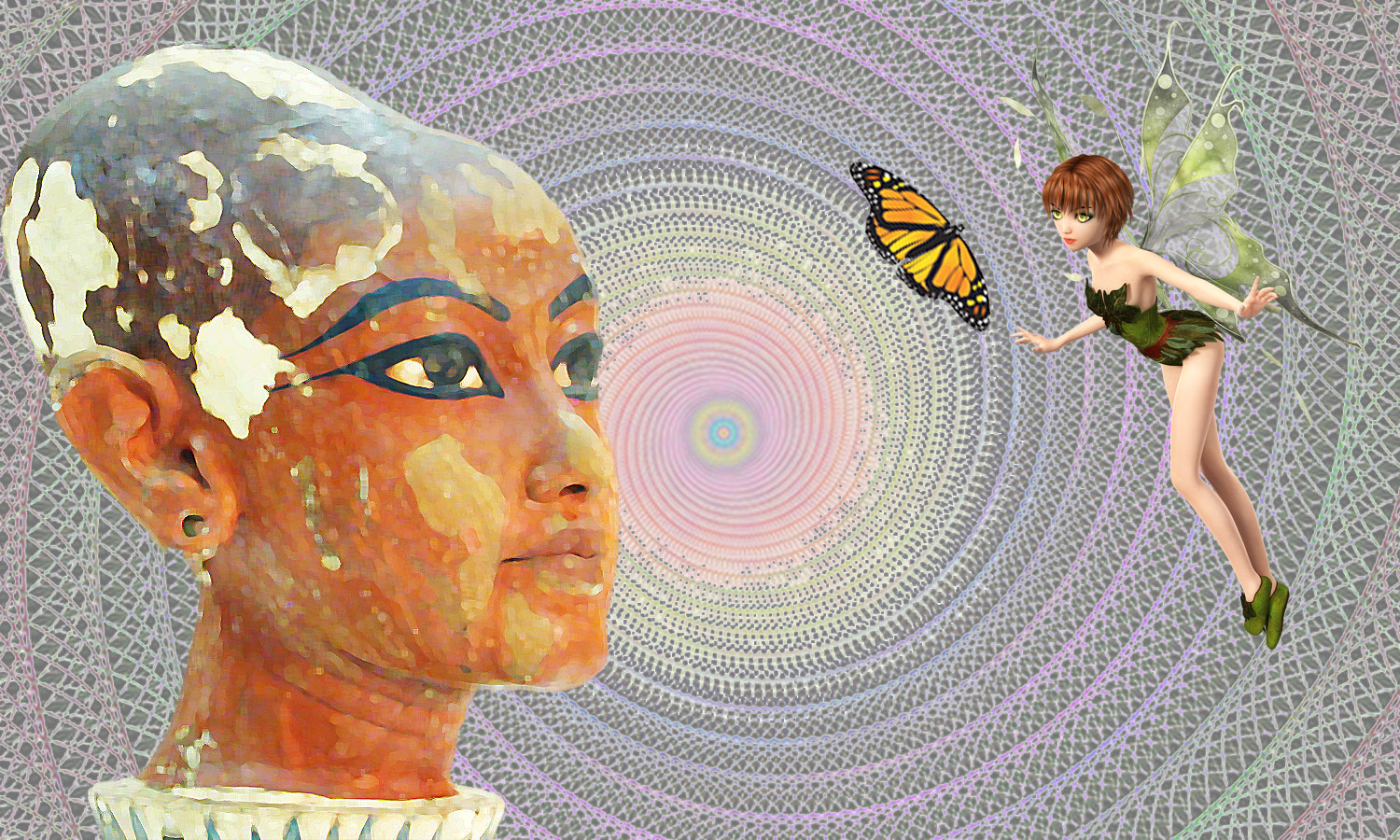 The trip by Dwarf-bus is a lasting pleasure. Everything is exotic and fun: the noise from outside, the silence from within, the light from the bus in the outer shade and the effortless advance through the earth, rocks, lava and groundwater.

The Earth is a sponge, there is lot of water in it. Our Dwarf-bus is well sealed, still a chance. Amyann smiles, and from time to time I hear him laugh. He remembers our departure from Moria. I wanted to ride the bus without asking anyone, but Amyann dissuaded me. “You have seen how they fly off the handle easily – sometimes furious, sometimes cheerful. Ifever they catch us, I’m afraid we have a hard time.”

He is right. I slept when the dwarves swung me into the fake lava hole, otherwise I would have had the worst scare in my life. We did not steal the Dwarf-bus. Wisely we asked permission from the Great Yellow Dwarf. He was in a good mood, we made him laugh, laugh is sacred in Moria. He could not refuse. “Take the bus, take your leave, take the air and if you want, take Mother Nina too, we won’t miss her. So windy with her mouth that you can set sail.”

About Nina, I declined the offer. At the Dwarf-bus garage, there were three buses in working order. The others had small defects, or serious damage. “We do not use them for a long time,” says the head mechanic, “why go elsewhere to see if it’s better than here? We Dwarves are proud of Moria, we are safe here, and far from the giants. “

Hey! Cannibal giants? Nobody told me such a thing! I believed in the paradise of the Earth Center, but it’s bloody hell!
– That’s what we’re told, says the little garage. Good luck, little guys! Keep the bus in memory of our glorious King.

He pushed the Dwarf-bus into the slope, and before it took its cruising speed, something exploded under the hood. The mechanic joined us, all breathless.

– My my my ! We never use it, so obviously, when we start, the engine stalls!
He lifts the hood and disappears in a cloud of smoke. A burning smell enters the bus’ cabin. I’m afraid the engine gave up the ghost.
– The engines have no ghost, objected Amyann. Neither the dwarves.
– The dwarves have no soul? Are you sure ?
– Of course. Otherwise the giants from below would not eat them. 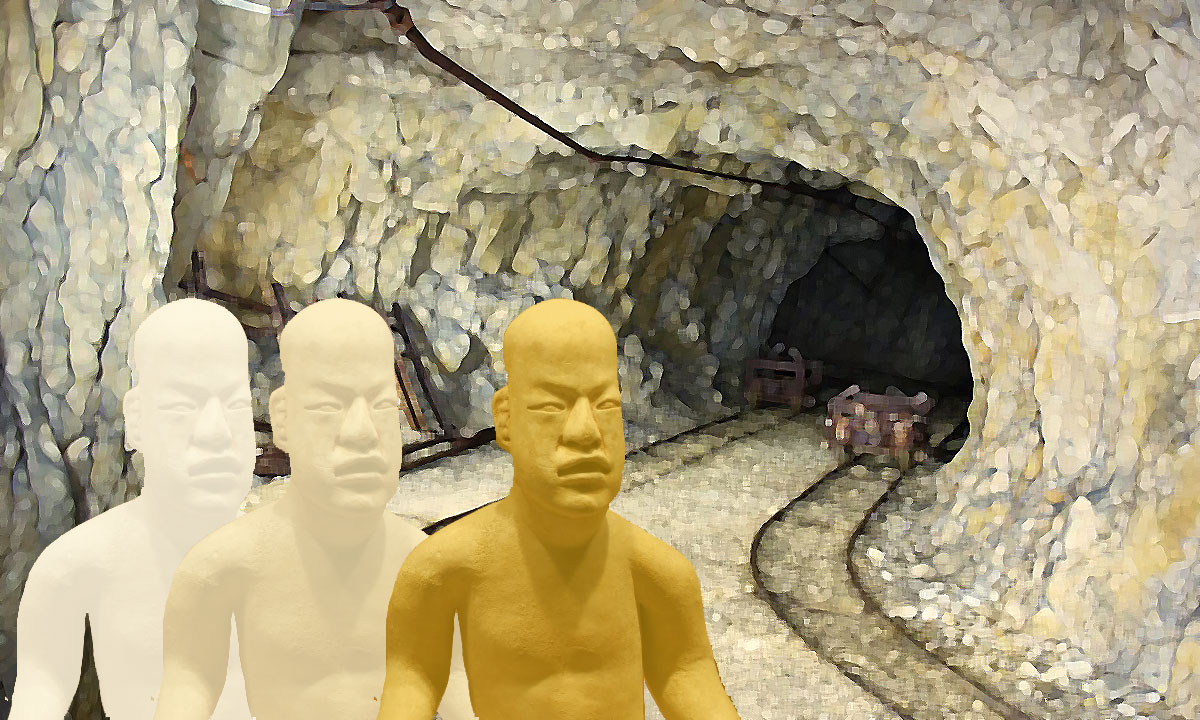 I am not convinced. I believe that giants do not have hearts. When I wonder if giants have a soul, Amyann’s laugh pulls me out of my reverie. And I burst out laughing too.

The garage dwarf is black from head to toe. His nice white clothes are fucked. We can not even distinguish the features of his face. A broad smile reveals two rows of white teeth quite obvious on the black. He holds in his hand a kind of rope, oh no, it’s the tail of a beast. At the end of the tail, there is a black rat almost as big as him.
“That’s the cause of the ignition failure,” his white teeth say. Pull the starter, it should work all right.”

Amyann is at the helm. He pushes on the pully and pulls on the pusher. Then the contrary. But no. The engine does not want to react. Something is missing? Fuel? Oil ?
– I know what’s missing, said Amyann. A rat!
Killing joke! I’m laughing out loud.

The head mechanic is in a huff. He calls his mechanics who come one after the other, yawning and rubbing their eyes. The sleeping faces light up at the sight of the chief. “Go ahead, push me that shit!!” he yells. All the dwarves push the bus. Except the boss who dusted himself off. He is really mad.
– Never see a black dwarf, do you? When we work, we get dirty. That’s why you’re all clean, you bastards!

The bus finally starts in a terrible hiccup. Then it farts loudly. A big black cloud comes out from behind, and the gang of pushers get as black as their leader.

Amyann rolls on the floor, laughing his guts out. I rush to the controls. This capricious bus has to be fondle with care. The steering wheel is too soft. I can turn it, the bus doesn’t react. The pedals are too stiff. I climb on them, weigh with all my weight, they do not move. The bus does not care, cutting its way, I look stupid standing on the pedals. Amyann laughs endlessly.

The dwarves have disappeared. The earth opens before us and closes on our way. We do not see much but never mind. There is nothing to see. Except when the Dwarf-bus pierces a cave and disturbs some strange reptilian, as surprised as we are. 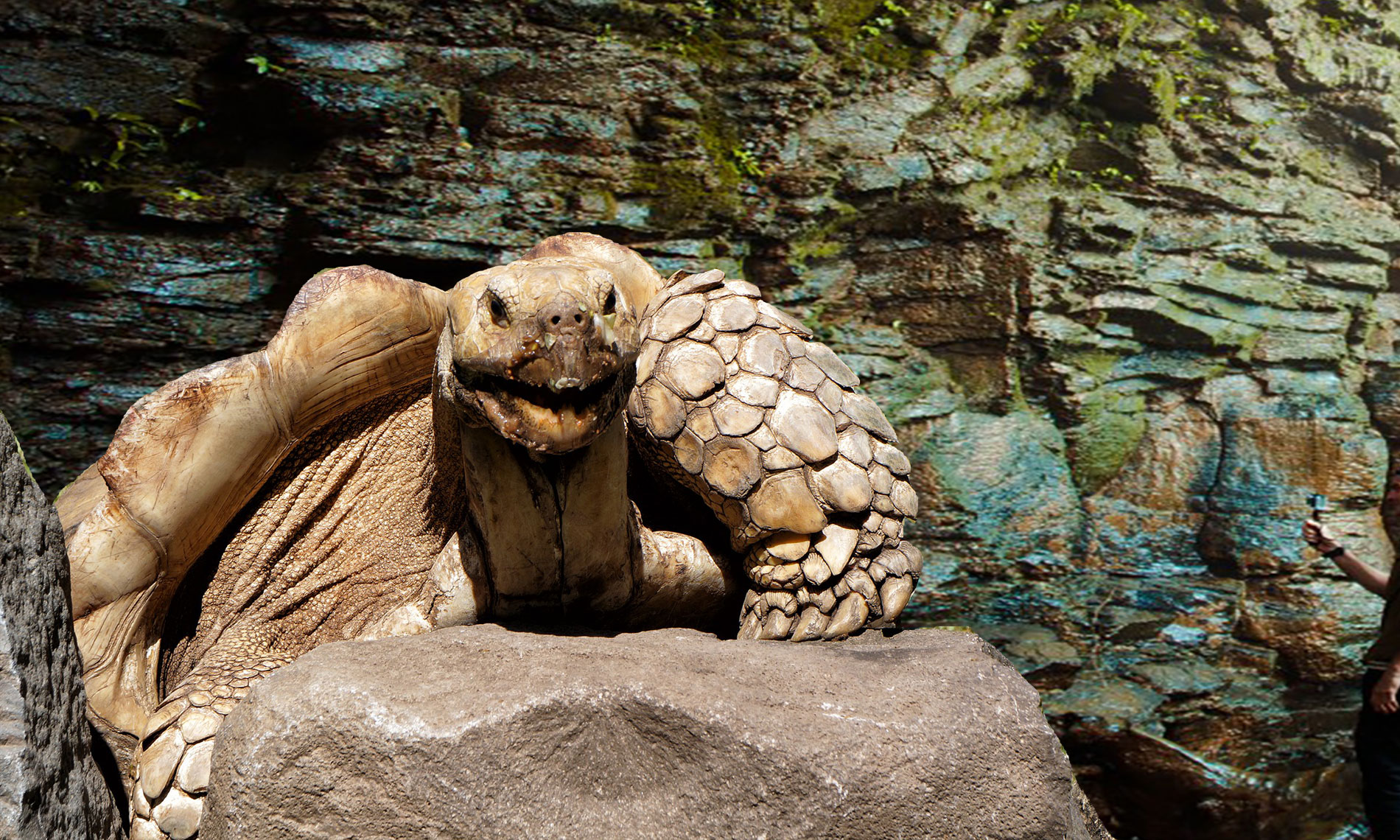 And the black is closing on us. But it changes at one go. The sea breaks in! We are at the bottom of a huge ocean. The bus is gurgling, but it holds on. Amyann does not laugh anymore.

– The Dark Sea! he says ghastly. Aorn, my dear Aorn, you can forget the recess, the dwarves, the banquet, the Moria and your dear Nina. We are entering the land of Brillants. And it’s anything but funny. Look!

All around us, a swarm of fish and shellfish dishes tickle the windows of the dwarf-bus. They are beautiful in the light of the bus, they shine of a thousand colors. I can not hold back an exclamation. “How beautiful they are, those brilliant ones, I do not see what scares you, Amyann, they look so much …”

I interrupt myself. A gigantic silhouette is framed in the windshield. A species of great escort in silver combination that flickers with each movement. He stares at me harshly. A glass mask covers his face and his cruel eyes. He shows the teeth. Terror takes me.

– Hre’s a Brilliant, my friend whispers. Terrible giants they are. Dwarf crunchers. They sniff them from afar. The Dwarf-bus attracts this one …

I fear the worst. The children we are are the same size as the dwarves.
– I’m afraid they’ll eat us too.
– Impossible ! cried Amyann. We get a soul, don’t we? 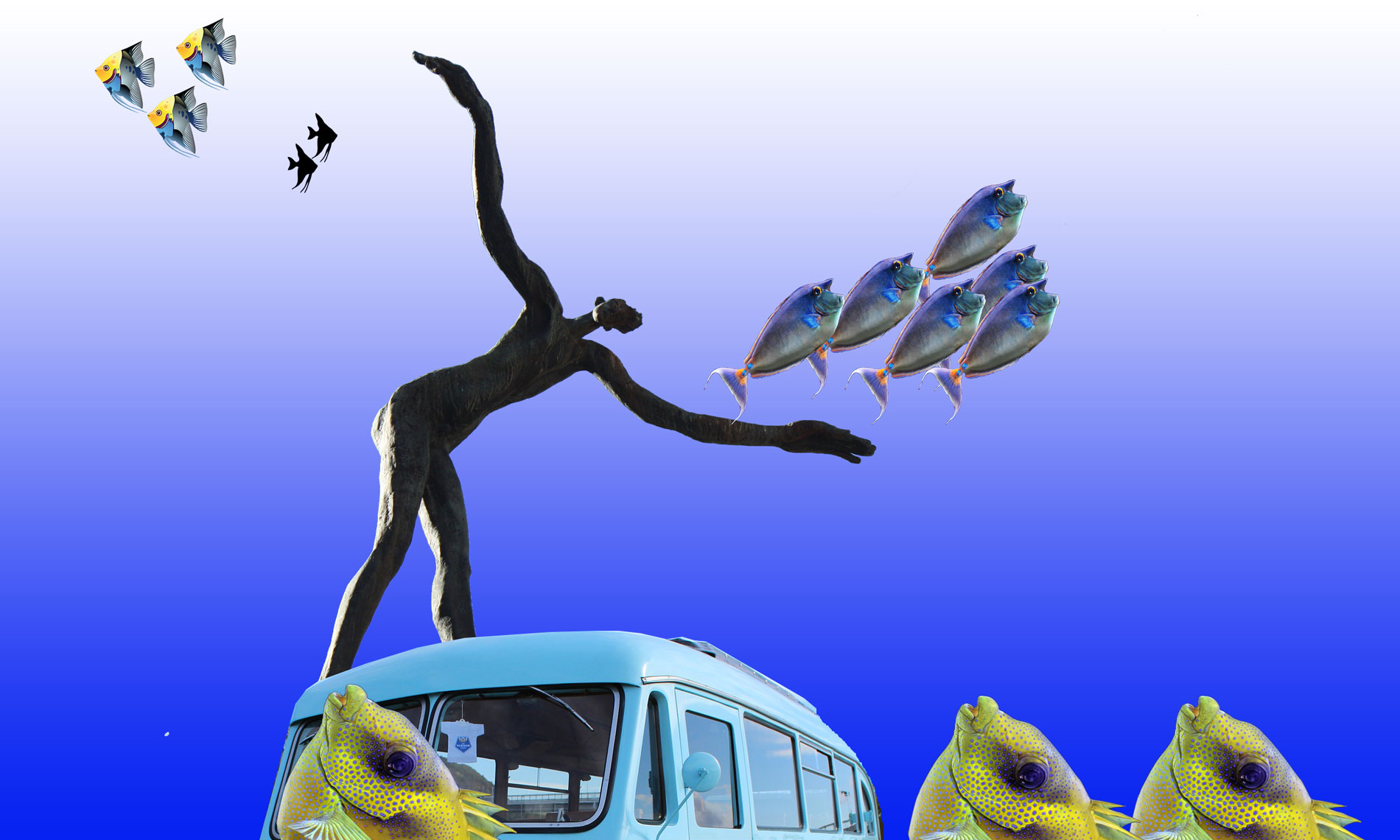 Suddenly, the Brilliant giant smashes a pane of glass with a single punch. Water rushes into the Dwarf-bus. We will soon run out of air. The Brilliant spends a long arm on the bus and pulls Amyann out of his seat. I cling to mine with all my strength. The ocean overwhelms me. I swallow a good lot of water.

At the moment of falling into nothingness, a last thought runs through my mind: the water is not salty.