I was still young. I was called Aorn, which means bud. I was Thyann’s son. Children of the golden age, we lived free and happy. And the war broke out. The great war of the gods against the gods has swept us away. Without knowing it, we had just entered a dark age that was going to last long fractions of eternity.

The war surprised us during a hunting party. We were on the lookout for my father and I near a stream. A bison approached to drink. He was an old loner, his discolored hair showed his old age. Without disturbing the silence, Thyann my father beckoned me. I turned my sling over my head, only three times, so that the hissing of the sling did not alert the buffalo. I was about to drop the stone, when the buffalo suddenly raised its head and began to run away without asking for the rest.

A screaming explosion tore the landscape. The air has become unbreathable and pungent. I coughed, my chest ached. My father jumped on me and pushed me to the ground. His big hand covered my whole face, but I could still see glimmers stronger and closer, while thunder rumbled like I had never heard. Suddenly a lull. Keeping his hand on my face, Thyann lifted me up like a feather. Already he was running towards the mountain. I knew where he was carrying me. The cliffs are full of caves. I had often explored them without ever venturing so deeply.

A network of very well-excavated galleries was still farther away from the surface where the great battle was raging. Thyann seemed to know them as his hand. He was heading into that labyrinth with an assurance and vigor that comforted me. But like the other boys in the clan, I was terrified by the demons who live, it is said, far below our feet, somewhere in the jumble of galleries where my father always came down. Finally he rested me on the ground. I had to fall asleep on his shoulder or whatever. What a strange sight!

In front of me, a vast interior space, a cavern, no, it’s not the right word, a gigantic underground room, either, something that words can not circumscribe. And in front of immensity, Thyann my father was dancing, dancing, drunk with joy, and my father was crying. In his delirium, he sang, too. I knew it, he shouted, I knew it forever! This planet is hollow, my son, my dear son! This planet is empty like an egg that we would have swallowed, do you hear, sweet Aorn? Empty! Habitable! And we are safe here, safe, nothing and no one will be able to reach us. The gods can’t hurt us anymore, I promise you, my Aorn, take my word, my darling son! 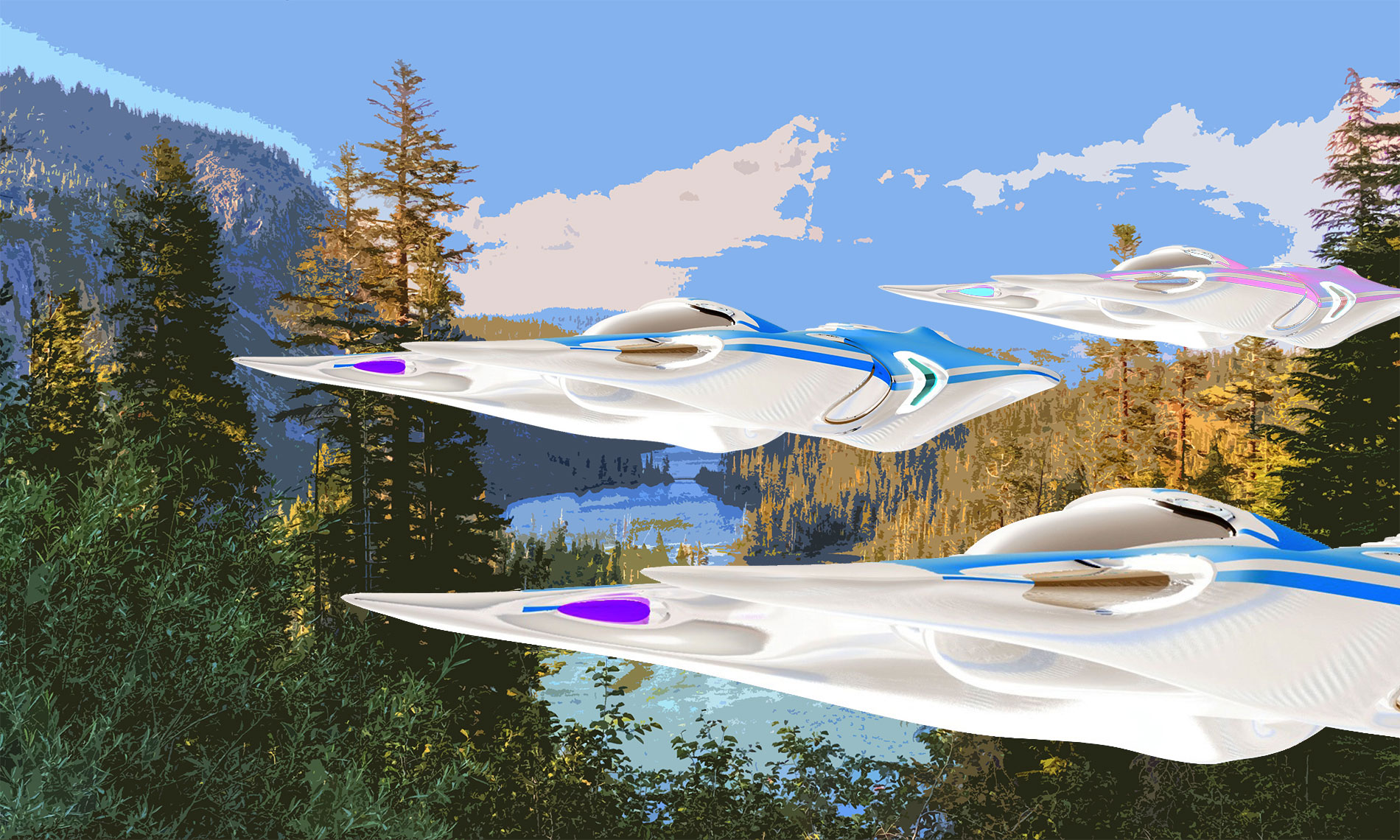 No, they could not hurt us anymore, they went home. By their fault alone, because of their foolish ego, the Earth has entered an endless winter. The golden age became Ur’s age. Gods know it was hard! But not for them. The gods are gone. They will come back when we are all dead.

The gods are people like us. They make bullshit, big ones. Nothing to beat! They break. It will be necessary that it passes. They have nothing to do with it, our beloved masters. They have everything you need onboard Hyperborea. Up there, they have two solutions. Either they return to Alcor, just to find themselves at home well, snug, at the risk of being shaken chips by the boss – or they remain in the sector hyperbord. Under the appearance of Venus, perhaps. Who knows ?

Hyperborea is said to have gone to Alcor. But so much bullshit is said. The gods loaded their kit, they took everything they could. They left the Earth. All the gods did not do like them. The Atlanteans remained within shooting range. The moon is hollow. This is where they are. The moon, everyone sees it, no one knows they are there. The Ases are on Venus. Or rather in Venus. Good for them. The Rama are on Europe with their cousins ​​the Quetzalcoatl. The Cyclops are on Titan with Little Zeus.

But Our Lady, Hera rebellious, Hathor the great reigning, immortal, eternal, Isis is still here. The Goddess is said to have reach the Earth Core. This is the right place for her throne. I will meet her in ten thousand years but the bud that I am does not know anything about it. How can we imagine our future intimacy when we are no bigger than a baby? The only thing that matters to me is my father’s condition. How to get him out of his madness? How to get out of this impasse? How to get out of this bad dream? 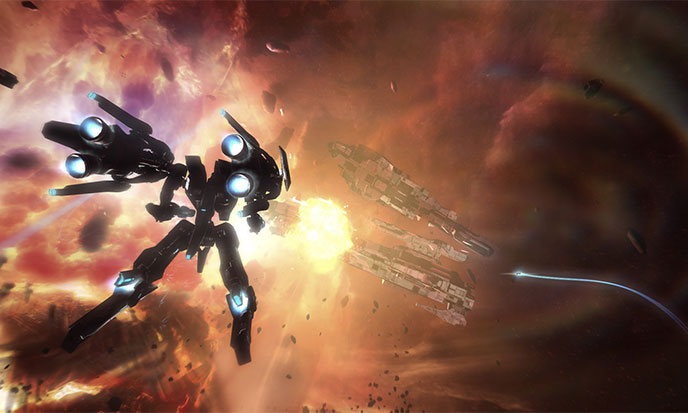 Up there, the earth trembles. Huge shocks make the vault crack. The frightening din of bombs and missiles rolls a continuous din, punctuated by atrocious hisses, crackling, sinister complaints. As I tremble with fear, my father gets up. His eyes are those of a madman.

And he dances, and he turns, and the more he gesticulates, the more he laughs, the more I cry. My father, the great hunter, my father Thyann, head of the Rogue Clan, my father has gone mad! The rest is confused. I must, in truth, say that since that impossible moment, never, it’s the truth, I’ve never seen him again. Everything disappears in a hiss of forge bellows, I tip over, and I woke up in a metal hut. Wake up if we can say because I’m still sleeping. Very deeply. Everything we do here at Earth Core is done very deeply. Necessarily.

After, long after, the memory begins to come back to me. I find my memories one by one. The episodes of the adventure emerge in packets from the bottom of my foggy consciousness. Where I thought I had traveled for a few hours on my father’s shoulders, actually months, years went by. The leak in the basement was only an episode. 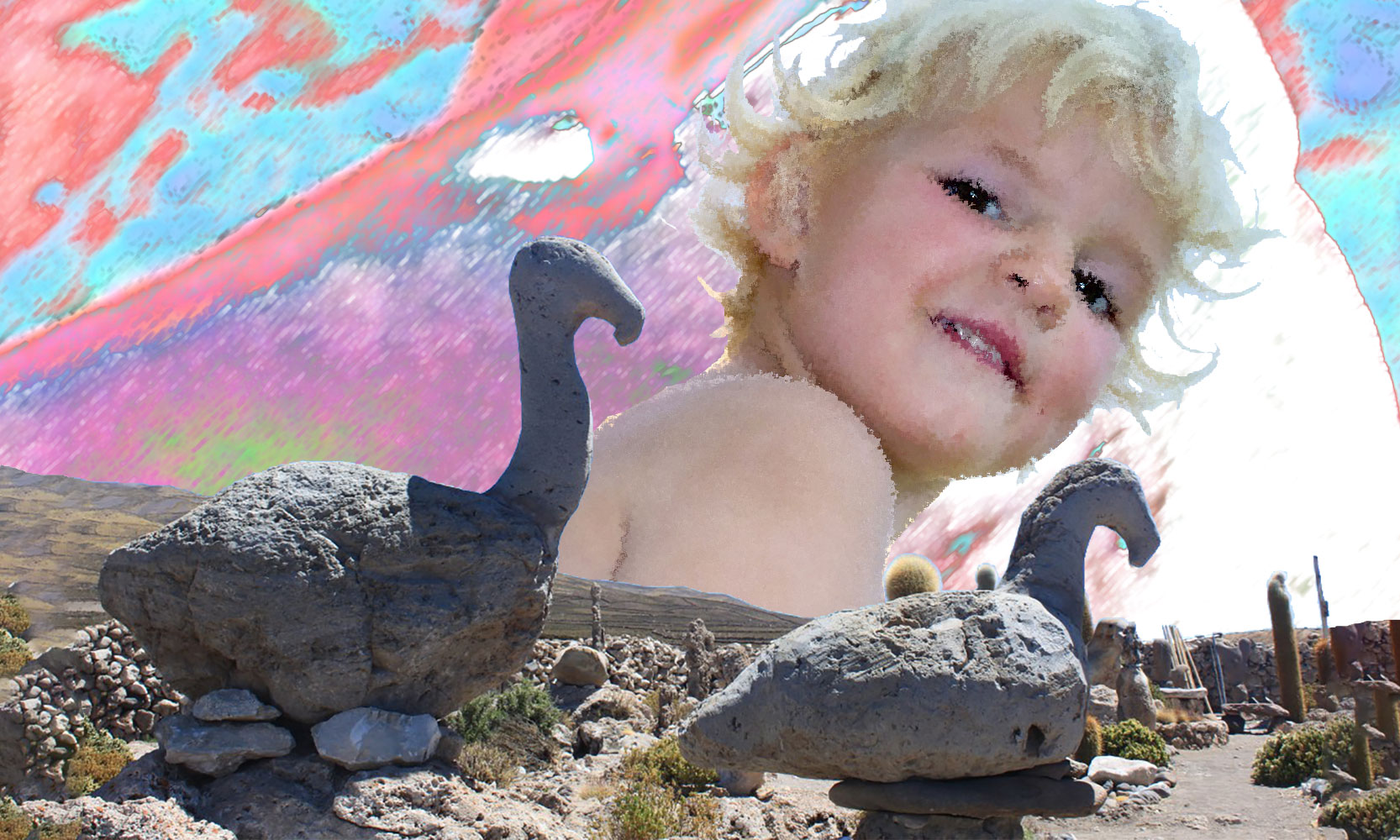 Very quickly I lost consciousness. My father thought me dead. For too long we had breathed the mephitic exhalations that penetrated to the bottom of the dead end gallery where we were refugees. These vapors made me switch to another world. I saw this world only in fragments, through a pink fog with bloodstains. My eyes had suffered, I needed care. My father too.

He dug the rock with his bare hands, how long? Finally we could join a kind of crack just big enough to give us passage. We ended up in a larger gallery, well carved, broad and high, and for a long time we walked between its smooth walls from which filtered a kind of soft and reassuring glow. I was weak, too weak to support the effort. Thyann carried me as long as he could. How many days ? Months? Who knows ?

Teuht Hades knows it. The People of the Inside, which later Celts will call Teutates or Toutatis. I mean wild hordes that live in galleries. I want to talk about those who colonized the singing caves. Those who know the way to the Earth Core. Those who are here at home from all eternity. They came to us. They guided us on the steep path of the Earth Core. Without them, we couldn’t find access to the Sacred Descent.