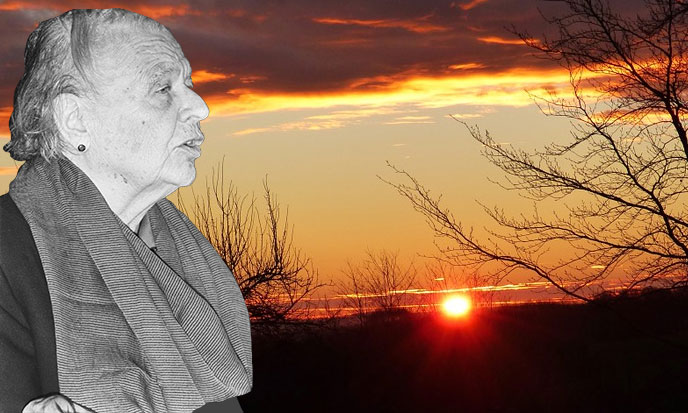 “I condemn the ignorance that prevails now in democracies as well as in totalitarian regimes. This ignorance is so strong, often so complete, that it looks desired by the system, if not by the regime.

I have often thought about what could be children’s education. I think we need basic research, very simple, where the child learn that he is in the universe, on a planet which he will later save resources, that he depends on the air, on water, on all living beings, and that the slightest error or any violence could destroy everything.

He would learn that humans killed each other in wars that never produce anything but other wars, and that each country manages its history, falsely, so as to flatter its pride. We would teach him enough past to make him feel connected to humans who preceded him, so that he admires them when they deserve to be, without making idols, neither with the present nor with a hypothetical future.

We try to familiarize with both books and things; he would know the names of plants, he would know the animals without engaging the hideous vivisection imposed to children and very young adolescents under pretext of biology; he would learn to give first aid to the wounded; his sexual education would include attendance at childbirth, mental education would include sight of seriously ill and dead people.

We would also give him the simple moral concepts without which social life is impossible, instruction that elementary and middle schools do not dare give in that country. In religion, we would impose no practice or dogma, but we would say something from all major world religions, and especially that of the country where he lives to awaken in him the respect and destruction in advance of some odious prejudices.

We would teach him to love work when the work is useful, and not get caught up in the advertising deception, starting with the one that boasts more or less adulterated sweets, preparing him caries and future diabetes. There is certainly a way to talk to children about really important things earlier than we do. ”  (source)Marguerite Yourcenar, extrait of” open eyes “(book-interview of Galey, Ed. The Centurion) 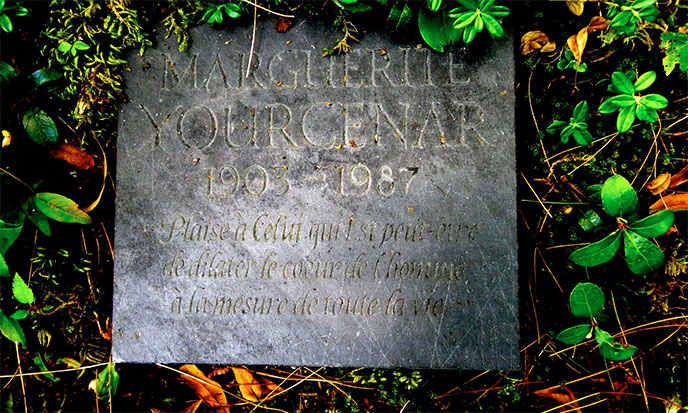 Marguerite Yourcenar1903-1987 resembles none, imitates none, her findings just hit. Her work -historical novels, autobiographies- develops according to its own logic, that of the inner journey and self-discovery, very clear of literary fashions of her time: the last century. Her language, simple and classic in style, aesthetics, prioritizes narrative, the work of the storyteller in storytelling. Inspired by oriental wisdom, and especially by the Greco-Roman philosophy, thought the writer was never far from the Renaissance humanism: “The true birthplace is where you take for the first time an intelligent look at yourself. My first homelands have been books.”

For her, from childhood, writing is a necessity. She spent her life backpacking, goddess with dusty feet, jumping from heart to heart and from continent to continent, foraging in books and meetings – which often are one to her – the food for her incredible and multifaceted literary work.

Every innocent joy is a remnant of Eden. (Marguerite Yourcenar)

Recognition of readers however will wait her 48th birthday. Her novel Memoirs of Hadrian, in 1951, is a worldwide success and earned her the final status of writer, dedicated in 1970 by her election to the Royal Academy of language and French literature in Belgium, and ten years later, by her entry into the French Academy, with the active support of Academician writer Jean d’Ormesson. 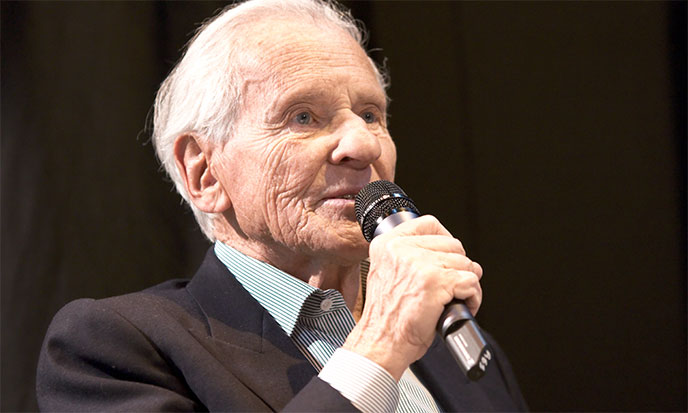 “The Abyss, initiated in 1923-24, was published in 1968. This novel is undoubtedly the keystone of Marguerite Yourcenar work. “Let us try to enter death with open eyes.” It embodies especially the passer-by, for whom the search for meaning necessarily passes through the abyss.” (source)

A woman, a free being, animated by a powerful ideal, went down into the lions’ den for them to hear her roar. The fawn long cry will sound on the lonely night of hearts. She writes to share the loftiness of her views, she is engaged to deliver. The clarity of her analysis and the safety of her judgment, as evidenced by the quoted text on top, with what force, compel us to grow and grow more to fructify her legacy.

I condemn the ignorance that prevails at the moment, so strong that it looks desired by the system. (Marguerite Yourcenar)