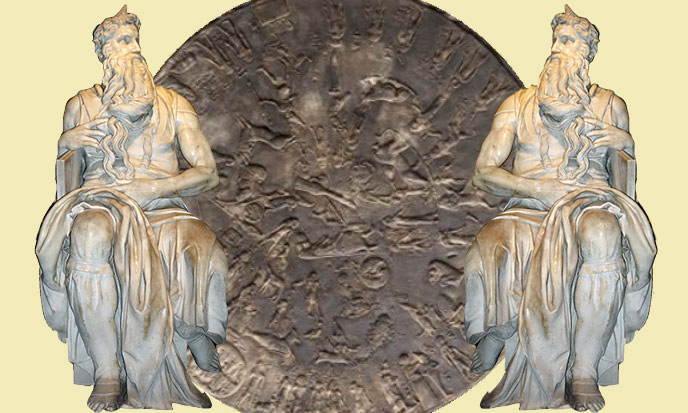 We can not insist enough on the great difference of mentality and of motivations between the ancient gods and us. The antediluvianadjective meaning ‘before the Flood’ era was a time of abundance and refinement. Albert Slosman was a great visionary, mainly concerned with the antediluvian times.

During this period, he thought that social peace was prevailing easily, that there was no dispute nor desire, because everything was available in sufficient quantity. Thousands of years of this divine diet would have molded fair and good men, concerned about spiritual values as much as hedonistic pleasures.Which is evoking the myth of the Good Savage narrated by Jean-Jacques Rousseau.French thinker, essayist and novelist of the Enlightenment 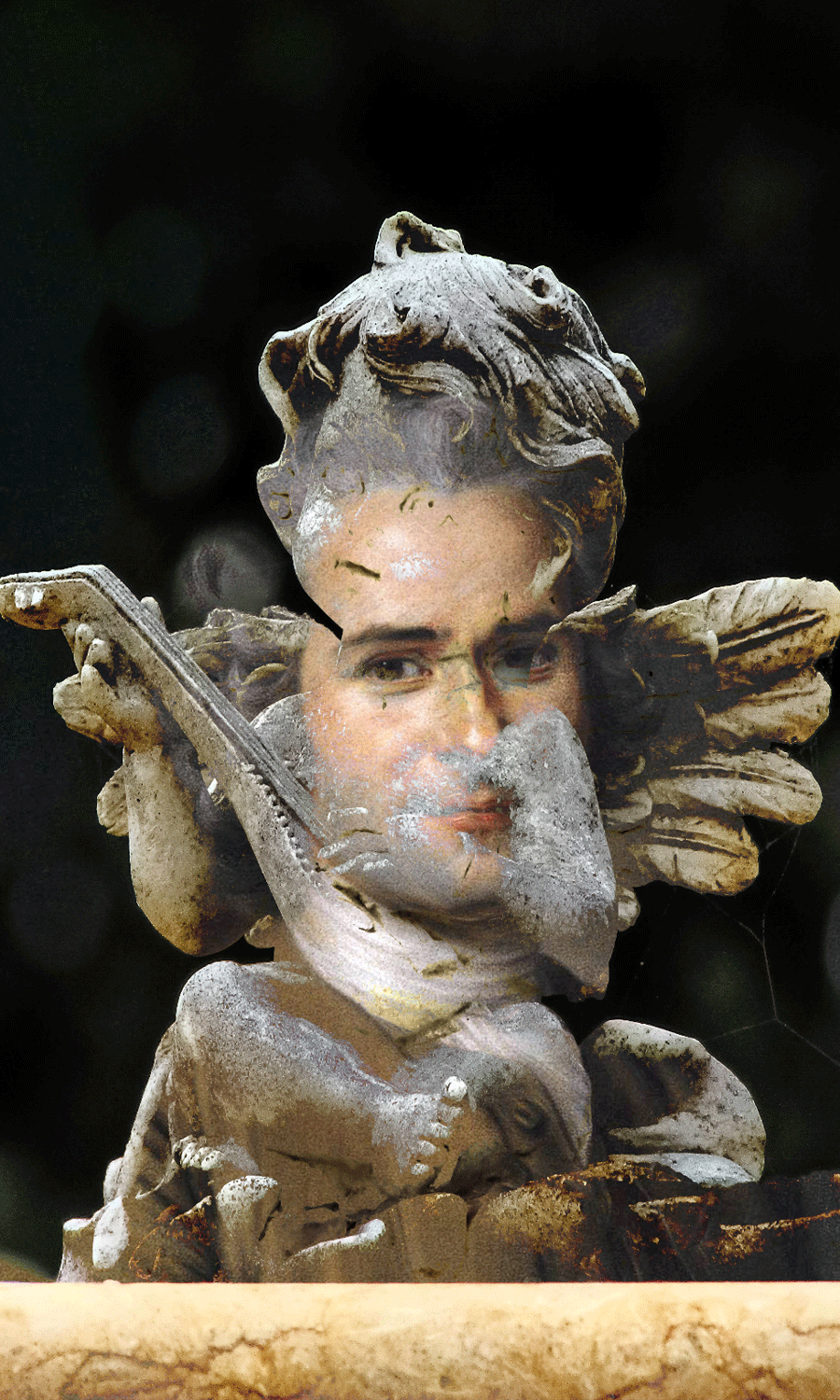 This good Jean-Jacques! Light of pre-romanticism! Genius of Geneva! Weeping willow of correspondences! Frizzy Watchtower of Terror! The anti-Voltaire! In short, Rousseau.

The great hypothesis of Slosman can be expressed briefly: under multiple names, Yahveh, Elijah, Osiris, Ptah, Enki, are only one god, the creator of men. This tireless researcher has left us a large-scale work, unfortunately unfinished, where he reviewed the Atlantean civilization, Egypt, Sumer and Israel. His great hypothesis was revolutionary when he wrote it 30 years ago. Now, thanks to his precursory work, we can go further.

These gods, taken separately, are collective nouns, such as Elohim, Quetzalcoatl or Rama They refer to a people or a clan, not to a single god. By reading the same myths and sacred texts which inspired Albert Slosman, in the light of this new millennium, we can see emerging another version of our origins. There was not one creator, but a whole stream of them. They were not gods, but human beings: the gigantic heirs of an antediluvian civilization.

Men, like us, better than us, but not gods in the unique and transcendent meaning we give this word today. Instead of thinking they are only one, like Slosman, we think instead that they are numerous, but all similar. Their powers and their knowledge made them the rulers of the previous civilization, that of Antediluvians, which was worldwide. The visions and stories of Slosman yet remain essential. Let us see how he describes the resources of these holy people.

“Cereals and crops were abundant; soil metals such as copper and lead were drawn open air, tin and antimony in galleries at ground level; iron, silver and gold, rationally exploited at greater depths. The crystal and gems were already in high demand by women, and were artistically worked after being collected in the hollow of easily accessible valleys.” This amazing description is not imagination.

It corresponds to the archaeological discoveries: deep mines, jewelry, everything is true. “As for the stones called “precious”, they were not for their monetary value but for their beneficial power: they were carrying impulses coming, for each of these twelve gems, from one of the twelve suns of the zodiacal constellations, which only they captured the emanations: the breaths. Finally, there were some rare minerals, highly prized for their symbolic properties.

Let us cite the aurichalciteOr orichalcum, for Plato and E.P. Jacobs with its shimmering greenish reflections, in which was glowing the “Raging Blaze”, the symbol of Ath-Mer, where was renewed the eternal youth of the heart. The numerous forests were also providing all the kinds of wood needed for life in society. Carpenters and joiners, cabinetmakers and artists were using hardwoods as well as rare essences, turning them into furniture with refined forms, or into galleys and boats of all categories. 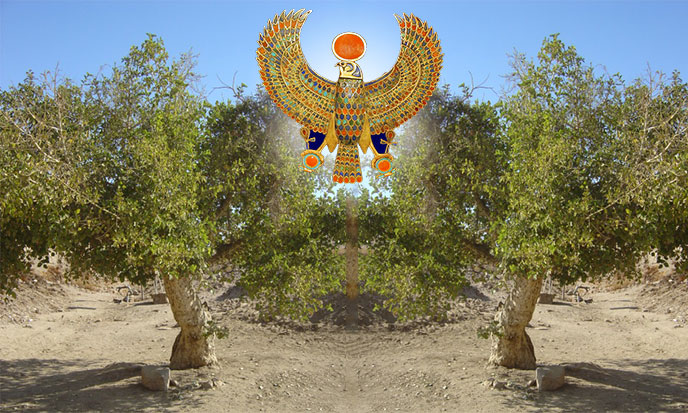 There was only the sycamore, looking like a “maple”, that it was strictly forbidden to cut or to have a personal use, except after a ritual of strict blessings. The sycamore was the sacred tree, the An-Auhi, that only a pure priest could approach. The latter had then to “take its life” after a highly complex ritual, in order to extract “the heart” in all its length and to shape the sixteen Tan-Auhi, which became the Tau, or Croix-de-Vie, also called “ankh”

It was public knowledge that the owners of these “taboos” personifying Life, which were properties of only “fairly speaking” people,with both the relevant timbre, the correct intonation and the appropriate tone, i.e. F sharp for planet Earth were endowed with blessings of the God Almighty! The population, generally sluggishis it different today?, having all their comforts, paid little attention to the internal dissensions between the AhâTitle of the King-Priest, which became Pharaoh after the flood. and his neighbors.” (source)The Great Hypothesis, Albert Slosman, Robert Laffont, 1982, pp. 61-62 We can see how the concerns of the Antediluvians were different from ours.

And we can see at the same time how, in their own differences, they are like us. Of course, Albert Slosman put probably a lot of himself in these descriptions. But the colossal sum of knowledge allowed him the closest approach of these particular mentalities. No doubt he remains one of the most qualified persons to discuss the morals of Atlantis. His book, Survivors of Atlantisunfortunately unobtainable, presents in a barely fictionalized form a complete overview of their daily life and beliefs.

Our author continues to describe the vanished times: “A slice of fifty centuries rolled away, peacefully, in the population itself, especially those who lived in the countryside. For them, the intentions of the deity were obvious: all the liberalities were displayed under their feet! They only had to bend down to harvest and enjoy them. Everyone draws as needed, without worrying if another one takes more than him!

They were expressing their joy as often as possible by traditional festivities, where dances and songs were expressed at best. These were often following silage of huge mountains of fruits and vegetables that the frequent harvests made abundant. Everyone went to draw at will without being accountable to anyone.” (source)The Great Hypothesis, Albert Slosman, Robert Laffont 1982, p. 60 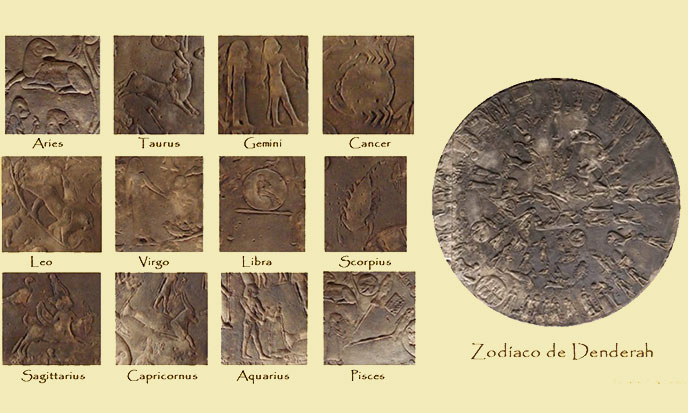 Pages so magnificent that we could almost forget what Slosman does not tell us: why did the people of Atlantis enjoy such a mild climate in the open ice age? We can answer to that nagging question by locating the Eden not in a geographical location, but in an era.

Thus, the age of Eden could be the happy time before the last ice age. It was around 130,000 years ago, when a more favorable global situation was pouring on earth rivers of milk and honey.

But for all of us, the Eden, the Earthly Paradise is the heyday of our omnipotence: nursery time. In our early years, we still had, as the Magician of the Tarot, the infinity in the head. When we were just dwarfs spoiled by our giant parents…