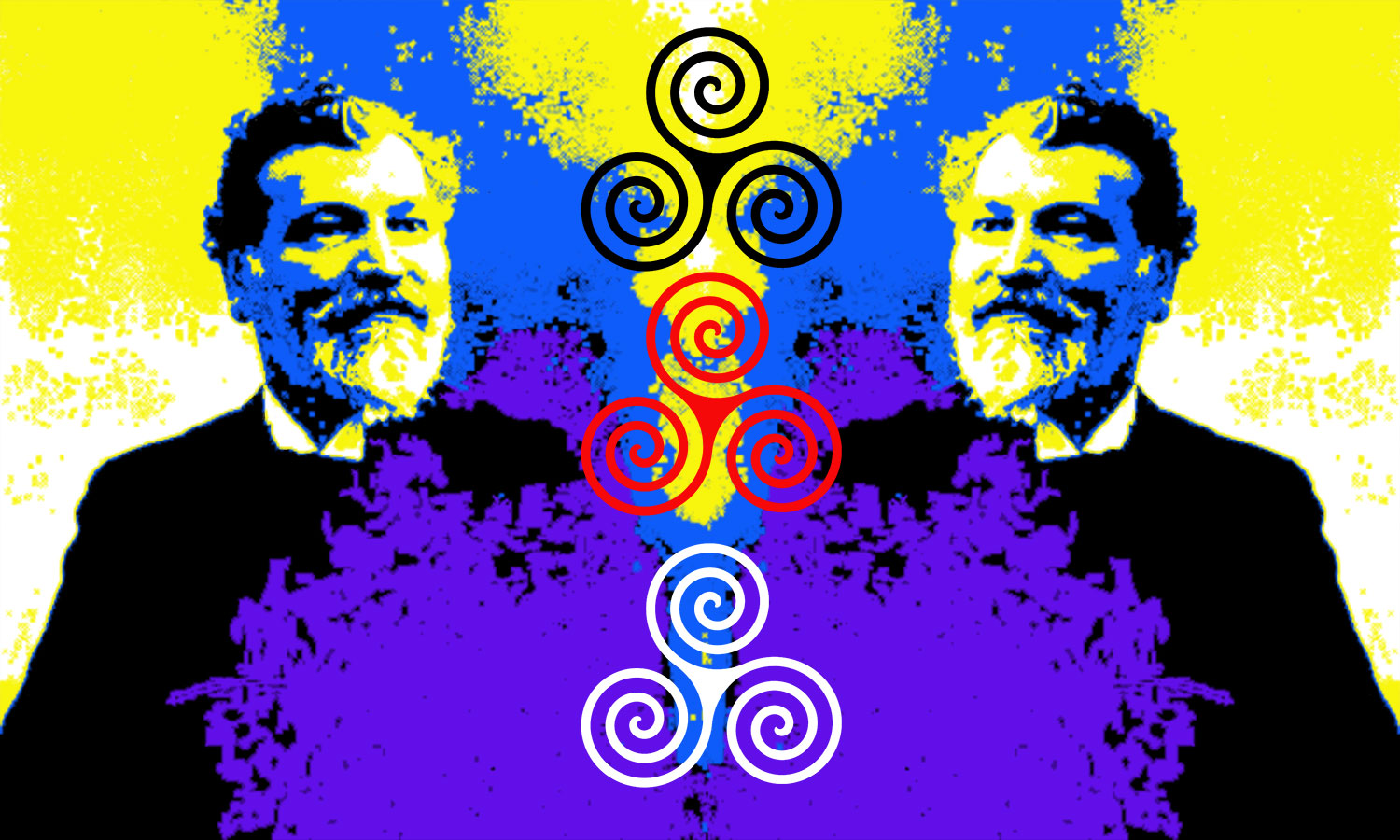 Anatole Le Braz is the author of the following narrative, The Dead of the Bay, taken from an old legend of the Odet. Great figure of Celticism in the last century, Le Braz remains the favorite storyteller of the Britons, and for a long time, believe me.

They were two sailors from Quimper. They were responsible for transporting cider drums to Bénodet in their rowboat. Perhaps they lingered at the innkeeper to whom they had to deliver the cargo. Still, they let the time of the tide pass. Arrived at the place called “the Bay”, they did not have enough water and had to end pitifully in the vases. Six hours to wait before the next tide and that in the middle of the night! … They made a bad-luck good heart. Both rolled in the folds of the sail they had brought. They were already closing their eyes when a loud voice called them both by their respective names.
“- Hey Yann! … Oh, Caourantinn.
“Oh,” replied Caourantinn and Yann.
It is in this way that sailors are used to hailing each other.

– Come and get us! repeated the voice. The night was dark, we could not see it at two fathoms. The voice, though very strong, seemed to come from far away. Then she had something really strange. Yann and Caourantinn touched each other’s elbows.
“I think so,” said Yann, “that’s the voice of my ugly boss, Yannic-an-Aod.
“I think so too,” murmured Caourantinn. Let us hold on. This is not the time to look up. And they twisted closer in the sail. But they had more curiosity than fear. Yann, the first, raised himself to look over the planking.
– See! he said to his companion.

The bottom of the bay, to their left, had suddenly lit up with a light that seemed to come out of the water. And in this light, a white boat appeared, and in the boat five men were standing with their arms outstretched. These five men were dressed likewise in white waxes strewn with black tears.
“It’s not Yannic-an-Aod,” said Yann; they are souls in distress. Speak to them, Caourantinn, you who this year made your Easter. Caourantinn made himself a mouthpiece with his hands and shouted:
– We can not pick you up, we are stranded here. Come to us yourself or tell us what you need. The two sailors then saw the five ghosts sit each at his bench. One took the rudder, the others rowed. But as they were all rowing on the same side, the boat, instead of advancing, was turning on the spot.
– Are they stupid! Yann growled, “here are sailors of fresh water! I am very anxious to go and show them the maneuver. Maybe that’s what they need. What do you say, Caourantinn? If you stayed guard the boat?

– Not ! If you go, I’ll go with you. After all, there is no risk. We can leave the boat where it is. There is still a good hour before the first wave.
They scarcely had water up to their knees. They made their way on the muddy bottom in the direction of the white boat. The closer they came, the more the supernatural sailors were rowing, and the more the white boat turned, turned, turned. When the two companions were close to her, she suddenly sank and with her disappeared the light that illuminated the corner of the bay. The night and the sea, for a moment, became confused. Then, in the place where the four rowers were, four candles lit up. In their dubious clarity, Yann and Caourantinn realized that the fifth ghost, the one who held the rudder just now, was still raising the head and shoulders over the water. They stopped, seized with terror. To tell the truth, they would have preferred to be elsewhere. But as they had gone so far, they dared not turn back. The man had, moreover, a face so sad, so sad, that it would have been necessary to be a bad Christian to have no pity for it.

– Are you from God or from the devil? Yann asked. As if he had guessed the feelings that agitated them, the man said to them:
– Have no fear. We are here five souls who suffer cruelly and my four companions even more than me. The sadness you see on my face is nothing near theirs. For more than a hundred years we have been waiting in this place for the passage of a man of good will.
“If he is only good enough, we are at your service,” replied Yann and Caourantinn.
– You will go, please, to find the rectorin Brittany, this is how we call the priest of Plomelin and you will ask him to have us say for us, at the high altar of the church, five mortuary masses during five days in a row. Then you will take care that, during these five days, these five masses regularly attend thirty-three people, old or young, men, women or children.
– Doue da bardonou an Anaon! (God forgive the dead) 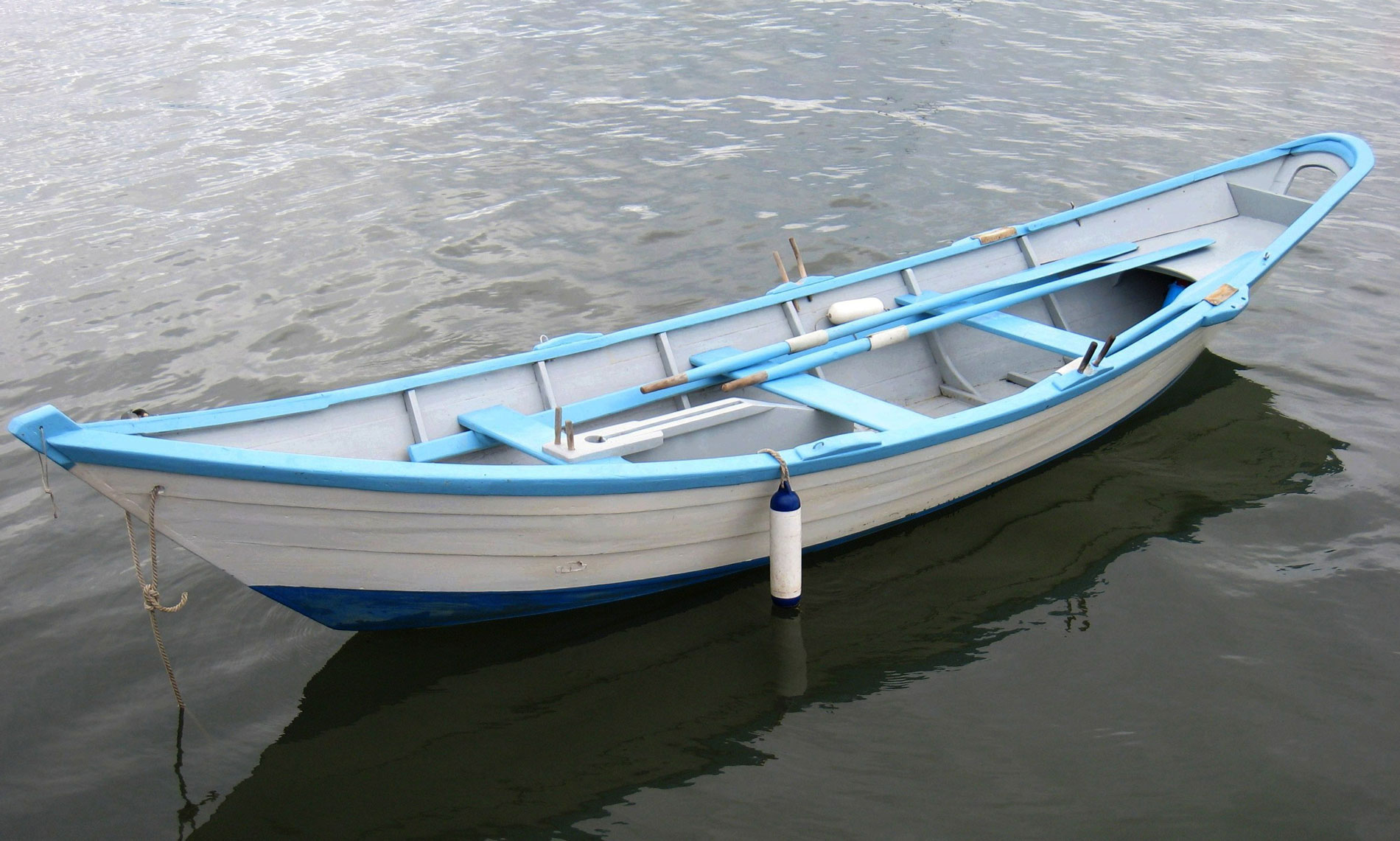 The next day, Yann and Caourantinn went to find the rector of Plomelin. They paid him in advance the twenty-five masses. They attended all of them to be sure of the thirty-three assistants required, they took their women, their children, their relatives and their friends daily from Quimper. Never before have we seen so many people at the same time at the low masses of Plomelin. On the sixth day, Yann says to Caourantinn:
– If you want, we’ll go to the bay tonight to see if what we’ve done is done well …
“That’s right,” replied Caourantinn to Yann.

And when night came, they went down the river in their boat. They anchored where they had failed six days earlier. And they waited. Soon, the light they had already seen began to rise above the waves. Then the white boat appeared, and in the boat reappeared the five ghosts. They still had their white shoes, but the black tears were gone. Their arms, instead of being stretched forward, were crossed over their chests. Their face was radiant. And, suddenly, a delightful music sounded, so touching that Caourantinn and Yann would have gladly cried with happiness. The five ghosts all bowed at once, and the two sailors heard them saying with a soft voice:
– Trugarez! Trugarez TrugarezThanks! Thanks thanks