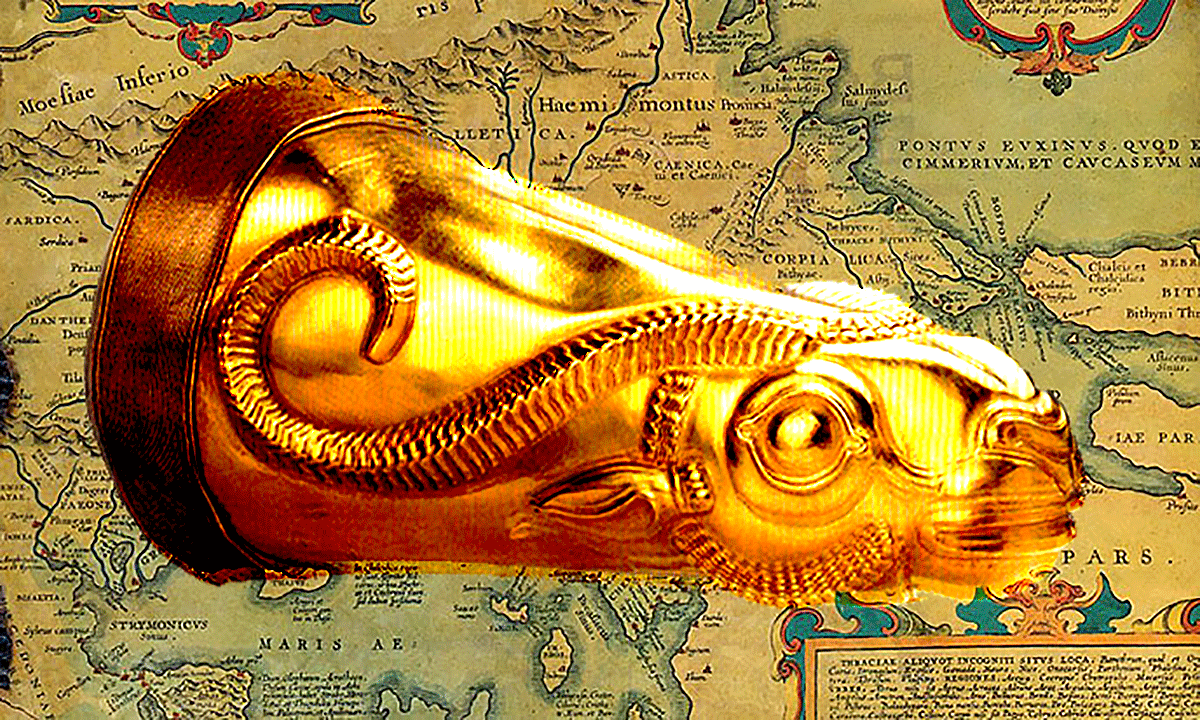 Ram the Aries, Ramos the Druid, Rama the Conqueror. Three faces among the many golden faces of the greatest emperor of all times. History forgot the Emperor who has been a model for Hannibal and a hero for Alexander the Great: emperor Rama who dwarfs them both with his power and glory.

While Druid Ramos nursed and healed Hyperboreans, his brother Cuchulainn had only taste for fight. Often he caused his brother in single combat, the outcome was not always favorable to him. Joining the magic to his art of war, Ramos was often the winner. Following the events we saw the two brothers had to leave the island home, and solve the exodus averc their clan. Cuchulainn leave westward to address the coasts of present-day Mexico, while his brother Ramos chose to go east.

His powerful procession moved bag and baggage to one of the most famous migrations of prehistory. It may be difficult to imagine such an exodus. The queues of men, women and children, sometimes heavily loaded, dragging their belongings on antique wheelbarrow with two wheels, without the help of the horse, which was not yet domesticated. But with the help of flying machines, weapons technology and military science dating from their great ancestors, the Atlantean, master of pre-diluvian world. 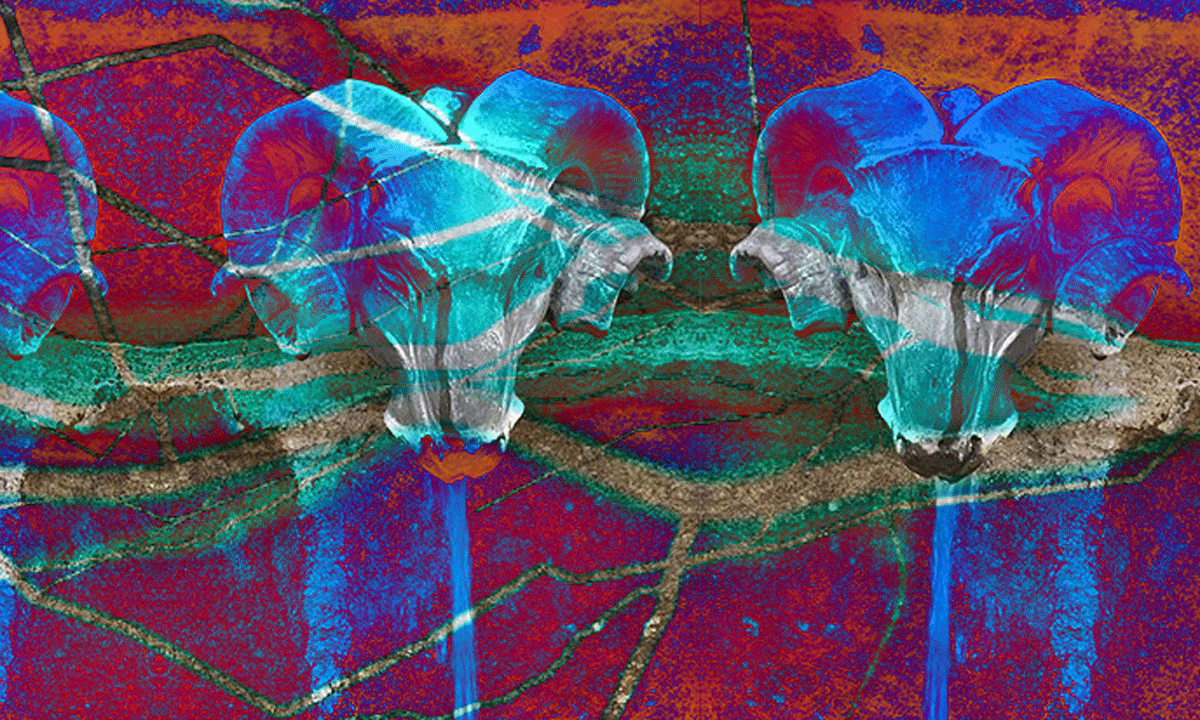 Ram went in exodus – is the right word, because there is more common ground between the odyssey of Rama and the exodus of Moses. Ram has not yet crossed the Red Sea. He won the Caucasus where he fell back to present-day Turkey, where he settled for several years. So the people of Moses made several stops, shorter or longer, so that the exodus of the Hebrews lasts much the forty years of the Scriptures. Forty years to a few tens of kilometers, must overlap snails or stop at all the bars.

In fact, forty years is the length of the long exile of Ram, how he went to Persia and India. How he pacified the country, using magic methods, but not reluctant to fight killer if necessary. 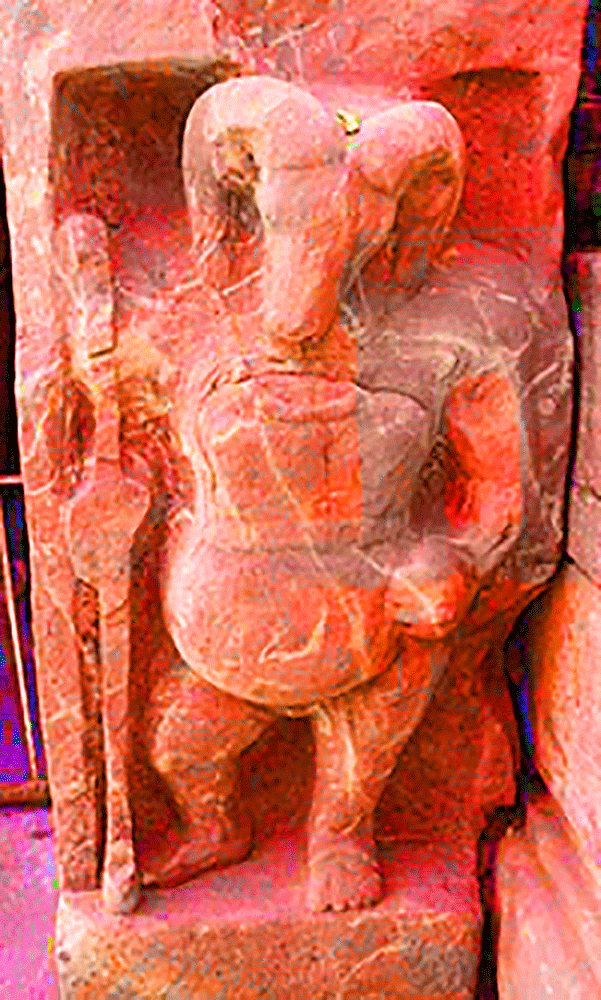 “In several important occasions, Ram proved worthy of his high reputation. Its active wisdom warned all needs, smoothed all difficulties, or whether he spoke, whether he is, in his words we felt like in his actions something supernatural. He entered the thoughts he foresaw the future, he healed the diseases all nature seemed to be submitted. Hindus still worship him under his own name of Rama, while in Tibet, China, Japan and the vast northern regions of Asia, he is known as the Lama, Pa, Pa-pa Pa-di-Shah, or Pa-pa-si. He is the first ancestors of the Persians, the Iranians have called Giam-Shyd, because it was the first monarch of the world.” says Fabre d’Olivet.

If Ram is indeed the first king of men, it is also the title of Gilgamesh. Ram him and would do so only one hero? This is possible because the presence of this gigantic hero is at the origin of many traditions.

Thus, the Egyptian Ra is one of the other names that lends itself to this hero. The Celts called Bel, the Gauls call Belenos, and the Persians will become Belial. The Age of Aries will give him many imitators, all of which will demand its magic and its science, like Ab Ram Hebrew who became Abraham, or like Ramses the Great, Menpehtyrê Ramsès I (born about 1351 BC and died v. 1294 BCE) the founding pharaoh of the XIX dynasty of ancient Egypt. (source).

It was argued that the great Solomon inherited Ram’s fabulous flying machine and its operative secrets of magic. The Emperor Heliogabalus, initiated by lightning, would have been too Rama in his ancestors. Thus Aries Ram became the first of the Sons of the Sun.

The legend says he had fourteen daughters with three different mothers: with his first wife, the blonde Heneh of Troy, who became Helen for Homer, Ram had six daughters; with his second wife, the brunette Sita of Indus, he had five daughters; and finally with his ultimate companion, the wise Yorga of Tibet, he had three daughters. Had he a son, the legend doesn’t tell. But his heirs were many. They reigned all under the name of Rama, which became a title, like Caesar or August later in Rome. This dynasty has been keeping the power for almost two thousand years.

The great mystery, my dear friends, will remain eternally: why was it necessary to erase the name and the exploits of this pure genius, first king of men, first emperor of the world, reconciler of the two sexes who before him fought a war atrocious, and model of Prince Charming by the exquisite manner in which he treated women? Read this, you will get it.