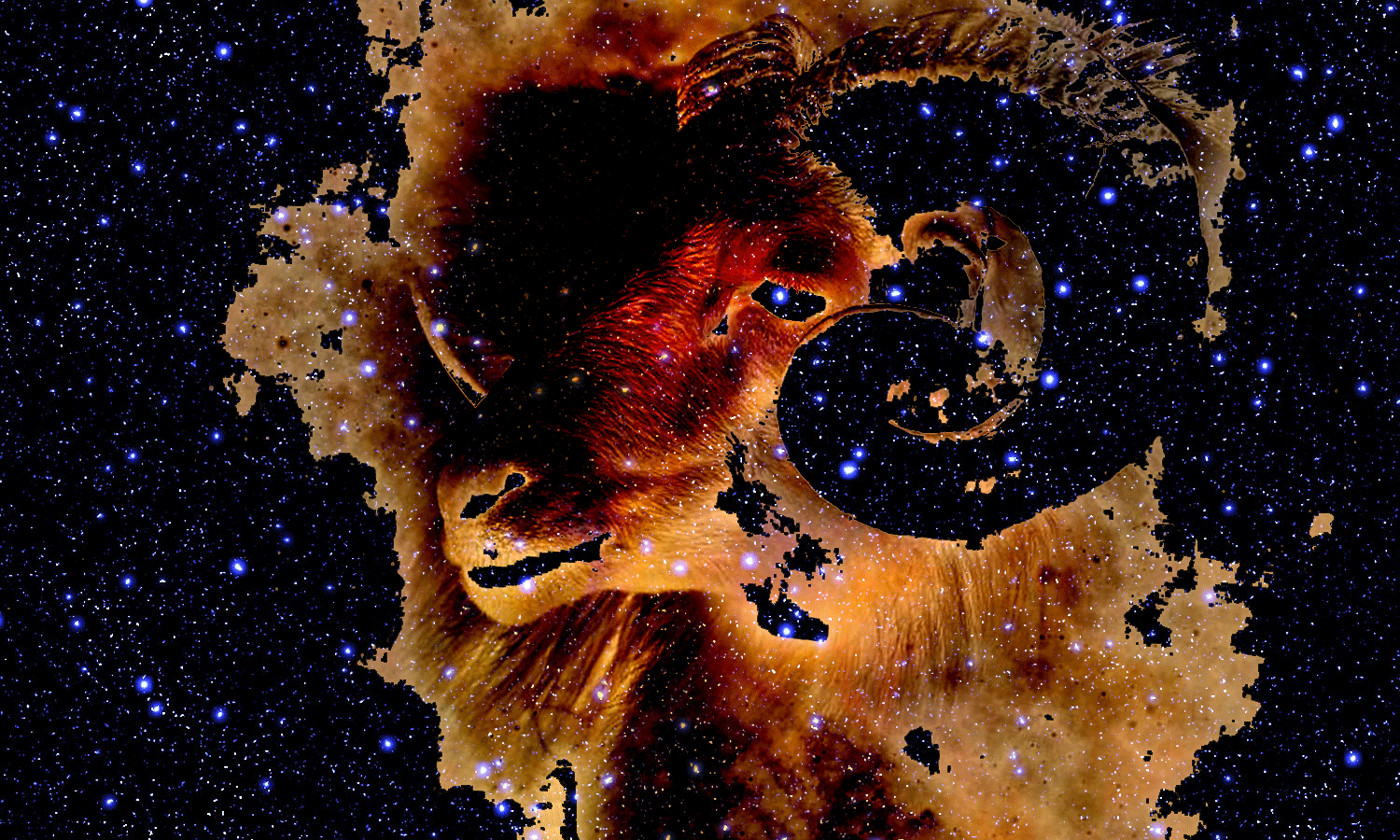 Many people imagine that Rama is a prince of ancient India who had a monkey best friend. That’s what the Ramayana says and yet it is not. Ram is not of Indian origin and Hanuman is not a monkey, he is Neanderthal.

“The extraordinary reputation enjoyed by the Indian epic Ramayana in Asia is demonstrated in numerous versions: Chinese, Tibetan, Javanese, Malay, Vietnamese, Khmer, Siamese, etc. The original plot tells the story of Valmiki Rama, son of the King of Ayodhya, and it takes place mainly in India,” writes Jerome Rouer. (source)

He repeats what everyone thinks, though he is mistaken. The original plot was not designed by Valmiki, it is a true story. Valmiki simply relocated to India some developments that occured in Europe, especially the youth of Ram.

If the fame of Rama is great throughout South-Eastern Asia, no offense to Valmiki, this hermit author is not the main reason. The basical source is the collective memory.

The story of Rama is not legend, all the facts are true, from the mythical Hyperborea to northwest Europe, from Central Europe to the coasts of the Middle East and from the Iranian mountains to the shores of India, and then Tibet, China and Japan.

It is both the route of his odyssey and the extent of his empire. If the great Ram disappeared from Western memory, his memory can still be found everywhere. Many people revere him under different names, and usually without knowing who he really is. In India he is known by his real name, Rama. His worship and remembrance are still alive. In Tibet, he is Lama. Tibetans have kept his religion, but they forgot the founder, they confuse him with Buddha. Ram was the first of all Buddhas, called the White Buddha.

“In China, he is Fo. The Chinese know him through their mythology, but he hardly counts nowadays. In Japan, he is Pa. In Northern Asia, he is Pa-Pa or Pa-Si-Pa. In West Asia, he is Pa-Di-Shah. In Iran, he is Gian Shyd – the Deioces of the Hellenes. In Greece, he is also Dionysus. For the kings of Tyre, he is Hi Ram” wrote Fabre d’Olivet. That is true, but incomplete. In Celtia he is Ram the Aries. In Hyperborea, he is Ramos the Druid. In Gaul, he is Bel or Belenos the Aries. 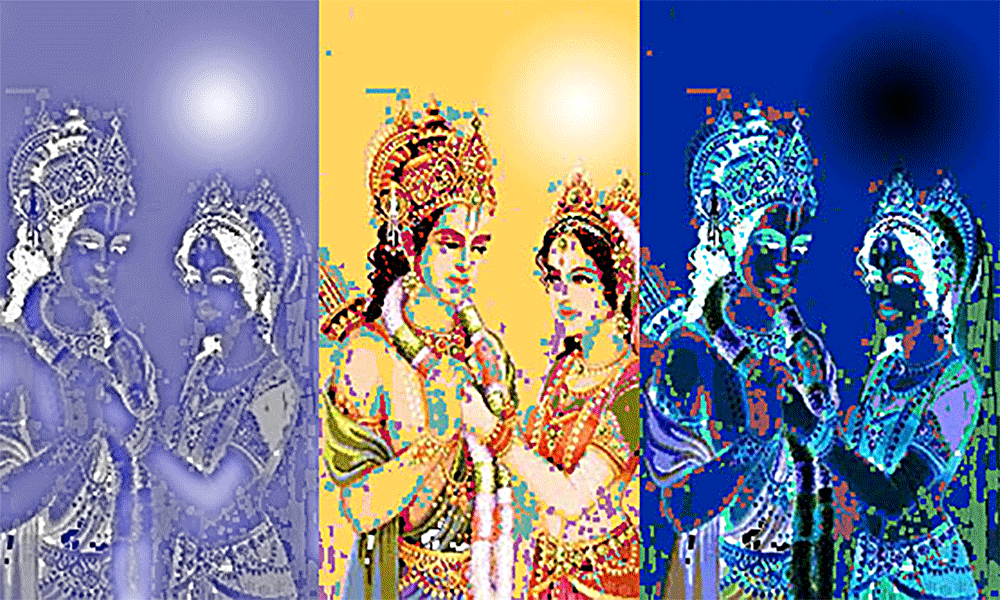 For the Hebrews, he is the father of the Prophet Ab Ram, whose name means Born of Ram. Visiting his son Abram in a flying machine, which the Bible refers to as a cloud, Rama would be Yahweh himself. For the Persians, I do not know if he is Gian Shyd as stated Fabre d’Olivet, but I know he is Mithras who killed Aries the Taurus around 2000 BCE. For Egyptians, Ram son of Lugh is called Horus-Ra son of Osiris. Horus appears in the Egyptian pantheon during the second millennium BCE and soon dominated the previous gods. The pharaohs Ram-Ses make him explicit homage, particularly Ramses II who was “one of his reincarnations.”

For Christians, Ram is Lucifer, the light-bearer who became the Devil ; the brilliant Aries changed into a goat of darkness;  Prince Charming turned into dangerous demon. This kind of inversion is common. Previous religion is always demonized, the former god is always transformed into a prince of darkness by the new cult. One nail drives out another. The invisible law commands a new religion to rule when its time has come, so the new religion has to blame the former one.

All around the planet through ages, the former bright gods are changed into dark devils. The evil doom of Rama follows this invisible rule.

The reign of Ram, according to mythologies, lasted thousands of years. It started during 8th millennium BCE with the Age of Leo, and ended with the Age of Aries around 2000 BCE. It coincides with the earthly abode of the mothership of reptilian astronauts Anunna Ki.

If Rama represents all of the reptilian people, like Viracocha summarizes in his person all the white gods of the Andes, or as Enoch itself defines a prédiluvien people, then no wonder the millennia reign of Rama. As long as the mother ship Nibiru remained stationary over the North Pole flight, the Anunna ruled the Ki.

Among them, the most significant are Enki, Cuchulainn and Rama. Christianity has made a horned devil, while Hinduism is seen as a prince charming. According to the Indologist Alain Daniélou, the adjective “lovely” we always attributed to Prince Rama – and the search for his wife locked in a remote fortress, guarded by a demon – made the gesture of the Rama ‘very probable origin of the “Prince Charming” character in the Western legends. (source)Alain Daniélou, Mythes et dieux de l’Inde, 1994

The fact is nothing improbable. Rama belongs primarily to European mythology, even though today’s Europeans have forgotten. 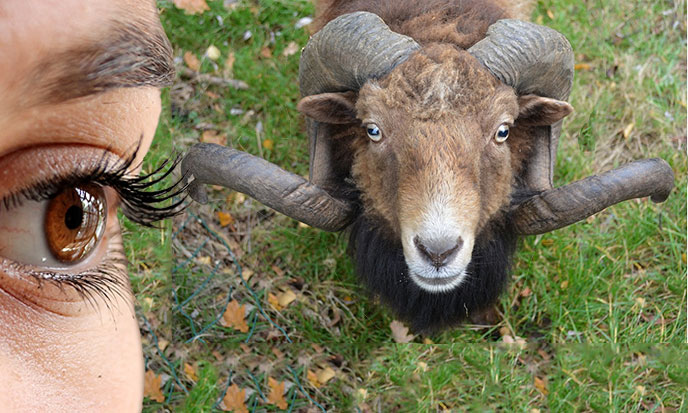