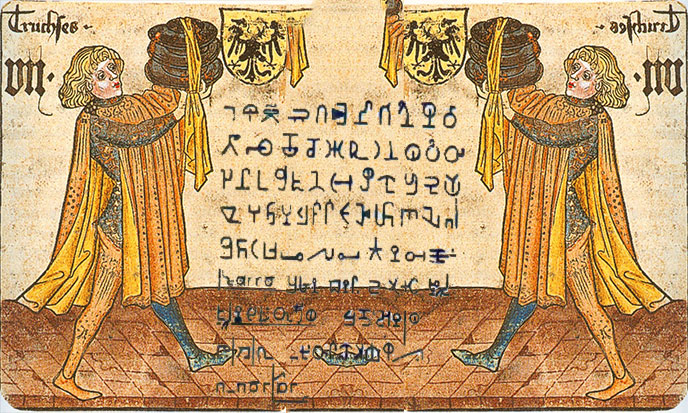 We have seen how a secret language can hide in a common language, Xavier Séguin calls this language hidden the language of the Gosling. It is the language of the Mother Goose. It also testifies to the original language, of which there are traces, in the form of sounds, in almost all languages. And I follow the trail of the Tudesque, or rather the Althochdeutsch … nasty cold!

Yes, it is scary, and yet there are wonders to be discovered following this trail, splendors that have nothing to do with Pan-Germanism or Nazism, nor with its laughable heirs. The quest for Eden Saga is the opposite, as you know.

Althochdeutsch can be translated as Old High German, or Teud. It is the oldest written form of the German language, descended from the Indo-European, Germanic families and all the rest. In short, from nowhere precise, according to specialists. So that’s just the opposite.

The word “Teuscius” would have appeared for the first time in the Latinized form theodiscus, the original meaning of which was popular or common. We’re a long way from the elite, right?

Let us note that the philosophical discipline devoted to the study of the divine is called Theodicy. Very close to theodiscus … Theo comes from the Greek, theos, god. And Dicaeus comes from the Greek dike, justice. This is what the Little Robert tells us. But Landmann thinks otherwise. According to him, Theo comes not from Zeus, nor from God, but from Thiot or Teuht, which means people. Discus is a sort of forerunner of Deutsch, German, or Dutch, Dutch. D ISCUS comes from the iskaz root, suffix that is found in the ish of english or irish, for example.

In German, origin is Ur or Ursprung. The scholar Ehrard Landmann sees a region inhabited by heaven, from which the civilizing gods would have come. Ur would be the name of this region of heaven. Ur would be the origin. This word is decomposed into OR, that is to say the Latin translation of UR, and GINE, to approximate gene, genetic. ORIGIN therefore means the genes of Ur, the original genetics. Ursprung is made of two words itself, Ur and Sprung, the jump. URSPRUNG means jumping from the beginning.

To find it in the sky, he proposes to look towards the constellation of Taurus, in Latin Taurus; In Taus Ur-Us; In modern German Da-Ur-Aus which means there, coming from Ur. 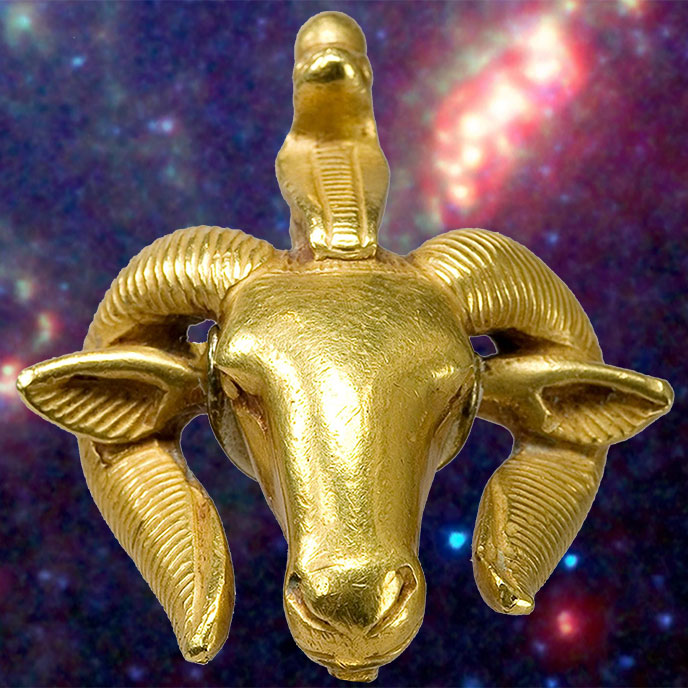 What we find up there on Ur are the ancient astronauts, our ancestors. In German, there are two words to designate ancestor, Ahn and Urahn. For the pronunciation of Ahn, one need only think of the patron saint of Brittany, Anne. It is derived from the Tuatha goddess Dana-Ann. Le Breton takes up the language of Hyperborea. As you can see, all glue!

Ouranos, in Greek. Uranus, in Latin. Or Ur Ahn Aus, in Teudesque. This translates: Our ancestors of Ur, out, ie out of the earth, into heaven.
It is not only the old High German who can adorn himself with the beautiful title of language of revelation. No, it works in other languages, Latin, French, Breton, Mayan and in all languages, no doubt. It happens that the Althochdeutsch is a conservatory identical to, or almost, the language of before Babel. This can be explained by the keen sense of discipline and the lack of imagination of the German people, which has literally respected the teachings of the alien initiators.

But what matters is music, not the letter.

“Marcel Locquin (1922-2009) mycologist of formation, was passionate self-taught for the origin of languages ​​and elaborated an original and personal theory on the proto-language, which he called archetypal language, Has not met echo in the community of linguists or historians and it is not in the Dictionary biographical of the scientists of Georges Salentiny.” (source)Wikipedia.fr

Well, look! The contrary would have stunned me. Wikipedia, always straight in its boots along the dominant line, tells us little more. Think, this guy was a mycologist, like the Comte de Champignac! For science, a mushroom specialist does not have the right to be interested in language. And yet … 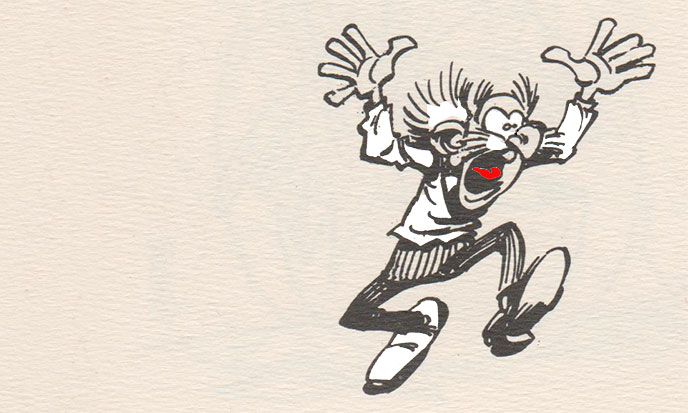 Yet, in a stunning research, Locquin has dissected a few hundred living and dead languages, to derive evidence. In all the languages ​​of the world, he tells us, are the same elementary sounds. For Locquin, these are the fundamental bricks of language.

These basic sounds are called phonemes, and their number is limited. Twenty fundamental phonemes are found in most dead and living languages. They are the archetypal phonemes, because they have the same deep meaning whatever the language. This archetypal sense of origin is still present in the deep sense of the words.

Because of their geographical extension, Homo erectus already spoke several hundred different languages ​​2 million years ago, Locquin told us. According to him, it is unthinkable that the multiple tribes of this distant epoch could have spoken only one language.

Why ? If outwardly gifted beings had taught them a language, these primitive men kept it intact, since it came from the gods and allowed them to understand them. This language of origins would have remained intact almost for millions of years. She would have found herself, as if by a miracle, enshrined in the living conservatory of Tudesque, then modern German. Why not ? 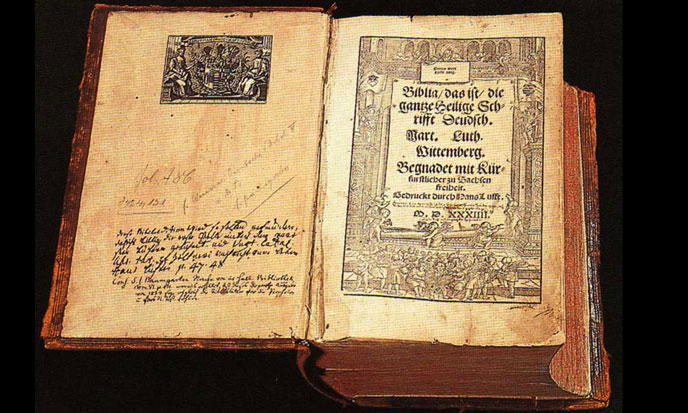 Of course no ! Keep calm! The curse of Babel is not irreversible. All the singing paths lead to the Golden tongue. All languages are daughters of this original language. They can all be deciphered according to the Landmann method or according to the language of the Oisons, the result will be the same. Our languages speak only of us. They tell the true story of the human people. The epic of the fifth humanity. The incredible but true saga of Eden.