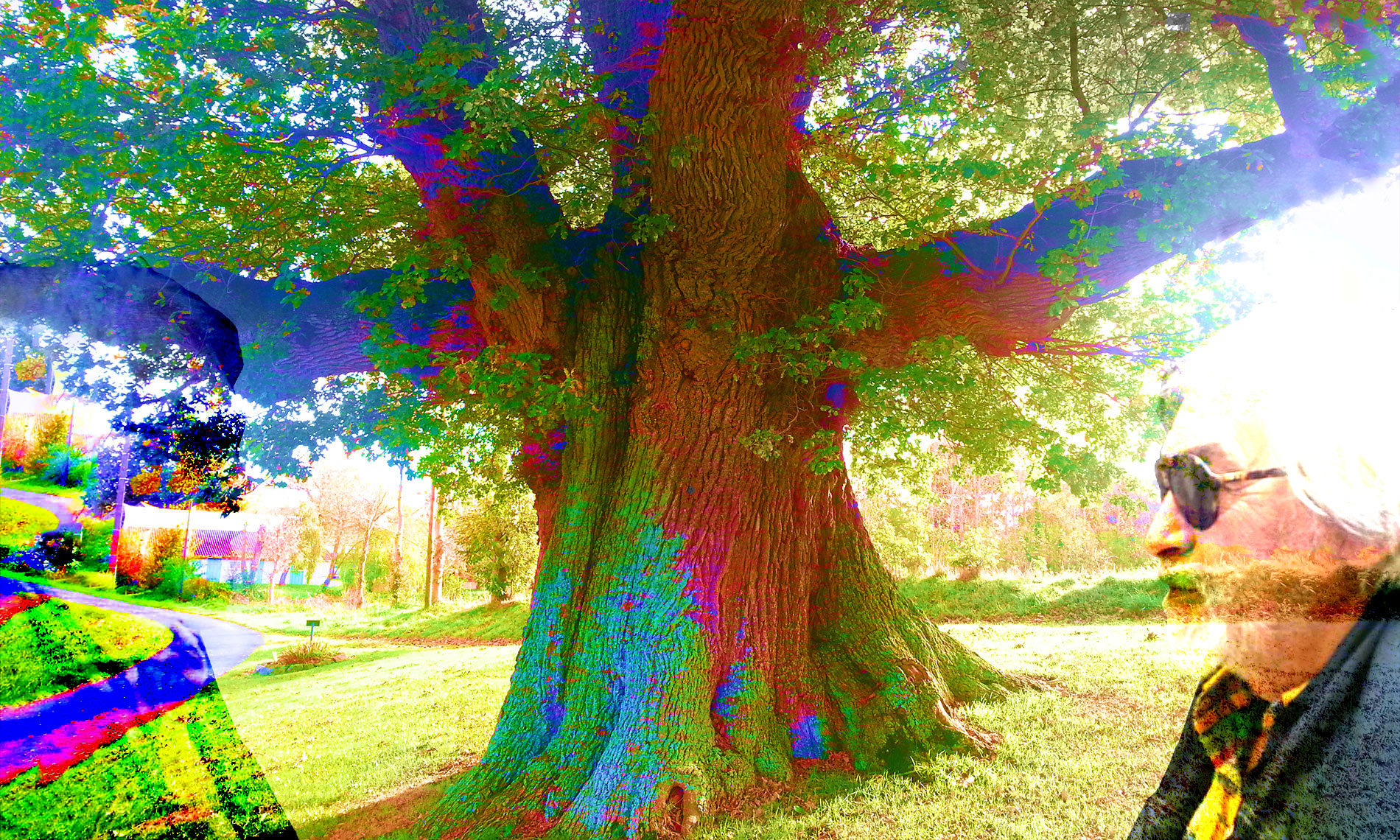 There is a remarkable tree near Henanbihen. Brittany has more than one. This one is a pedunculate oak, Quercus Robur of frank lineage. And Frankish too! It was planted on May 13, 516 by a Frankish, do not doubt! a Frankish king named Clodomir, son of Clovis and grandson of Childeric. In Old Frankish, Clodomir means Glorious and Great.

Shout drums! Trumpets sound! Let’s fly on the wing of yesterday’s winds, all sails out loons to adventure. It begins by leaving the port of Orléans, where the good king Clodomir, under a disguise, embarks on a gabarre de Loire. On his way to Nantes, King Franc climbed into a covered wagon that took him to Rennes, then along the Roman road to Corseul, temple of Mars, then to Hénanbihen, a pagan city, the purpose of his journey. Two leagues from the hamlet, in a valley, a very precious acorn comes out of a silver case, already sprouted, ready to grow. A little water from his golden gourd, and the good king returns to other adventures.

The sixth century AD saw Christianity firmly established itself in the Frankish Kingdom. No Gaulish village was more resistant to the invader — who was no longer Roman, but Franc, that is, German. The Gauls, or rather the Gallo-Romans, were mostly converted to the new religion. The Frankish invaders, on the other hand, were still pagan. The birth of Clodomir framed this omnipresent conflict between the old religion and the new.

Ingomer, “great race” or “illustrious descendant”, the first son of Clovis and Clotilde had died in infancy, after being baptized at Clotilde’s initiative “in the white garments in which he had been regenerated”., without consulting or consulting with Clovis. In Germanic societies, the social organization is matrilineal, even matriarchal, the Germanic queens were therefore accustomed to command.

Clovis was still pagan, and attached to his traditions. He said to his wife: “If the child had been devoted to the gods of my ancestors, he would still live. But since he was baptized in the name of your new Roman god, he could not live.
-I give thanks to God Almighty, Creator of all things, who did not consider me unworthy to see associated with his kingdom the child born in my womb,’ replied Queen Clotilde. 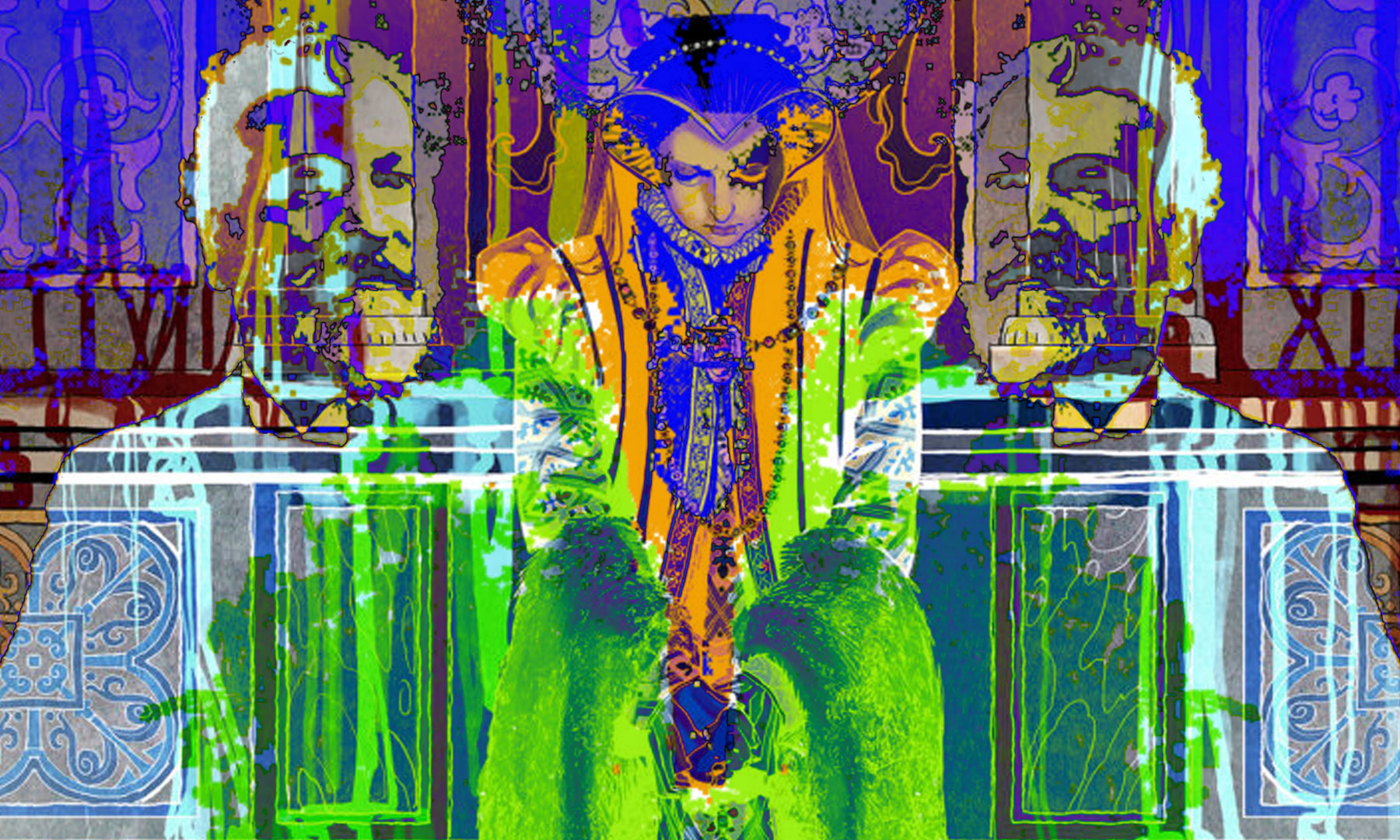 At the dawn of the Middle Ages, Clotilde decided to baptize his son Clodomir after his birth, so that he would be saved in case of premature death. Clodomir fell ill and Clovis rebuked Clotilde for having given him a Christian baptism: “Nothing can happen to him other than what happened to his brother; after being baptized in the name of your Christ, he will die immediately.” But Clotilde prayed to God and Clodomir healed. (source)

Clotilde had made a vow to his God. Since you have this one’s life for me, my sweet Lord, he himself will plant the oak of the covenant when he reaches his majority. So, as soon as he was 21, Clodomir fulfilled his dear mother’s wish. He went to his native village to plant the oak which is now called Bayeux. It is powerful and soft. Its power is very great, its softness is also great. This pachyderm concentrates in its fibers an immobile wisdom and a strength that goes.

I bring my visitors, one by one or several. I have already brought dozens of them, all of whom have been asked to salute the happy farmer who has such an ancestor on his land. Happy and modest, he justly measures the happiness of spending his life alongside this mastodon. ‘I don’t own it, it is rather it that holds me. Who can possess a living being? And so old, so old!

–On the sign it says he would be 500 years old–
“Yes, it is written.”
“You don’t believe it?”
-They can tell that or something else. No one cut it to count its streaks. It wouldn’t be a question of trying!

Yeah. Still, this age thing keeps popping up in my head. Often when I take friends to this place, I suggest they question the tree. Ask him how old he is. The first number that comes into your head is the right one. Don’t censor him.

Invariably, the answer is around 1500 years. Once or twice the figure was more precise: 1504 years in 2019, 1505 this year. Which gives birth to its germ in 516, as I said. The story of his birth, the acorn planted voluntarily by an initiated king, a Franc thus acting in Celtic soil, highly improbable, is however much less so than an oak that lives 1500 years.

And yet… I have already told a similar story with the chestnut guardian of La Roche aux Fées. The current tree is a rejection of the previous strain. It may be the third trunk to grow on the same root network. So if this trunk is only 500 years old, I say that the tree, the consciousness of the tree, the wisdom of the tree was forged during 1500 years of existence, in the same place, from a sacred acorn. 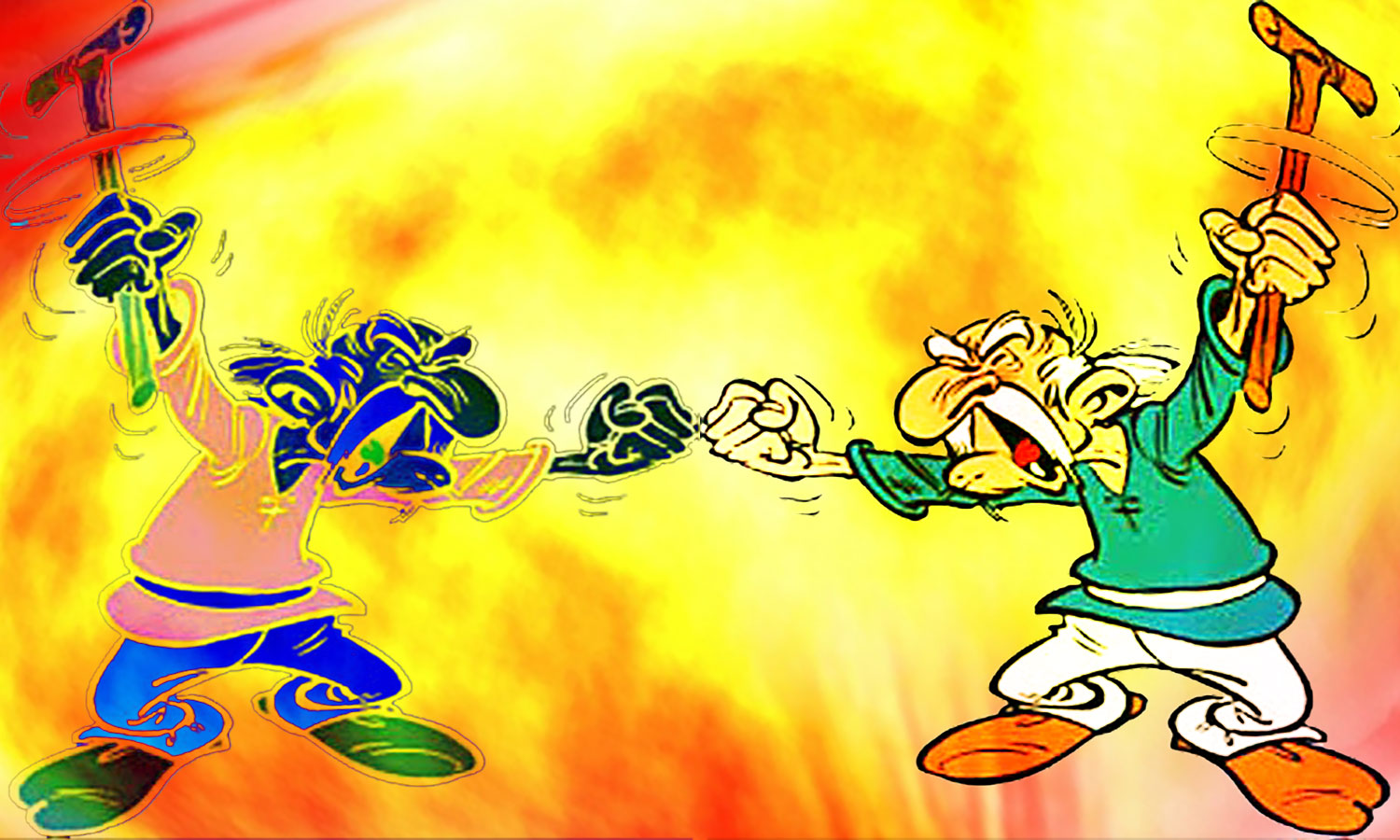 There you go. If you have the excellent idea of coming to see me, after a tarot draw, after a session of reki of Erquy or a gentle holistic massage, after a visit to the Father of Peter, the great rock of Guihalon, stone erected facing the still world and time stopped — you will have the pleasure and emotion to get to know the old oak and its secrets. It will rebalance the energy you will have fed yourself to the Grand’Pierre at the risk of a furious headache, which the charming oak will have the ability to extinguish.

Come to see me on my land-priest, come to discover the other side of your being, come to relax, rediscover the Celtic roots of this civilization, gently dream of Hyperborea that you may see, I hope with all your heart.