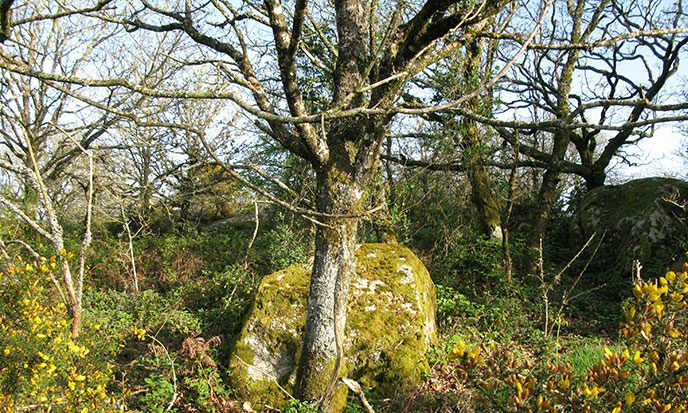 The ancient Forest of Broceliande – French name of the Dark Forest – was a great, wild and thick forest that once covered the entire center of Britanny, where the granite plateau turns into a chain of hills, which form the backbone of the peninsula.

In the past, only the coast was inhabited. The inner land was wild. The Dark Forest started where the fields end, and very few people dare to enter the thick wood. Nowadays the Dark Forest is limited to a small part of the old: it is just the Forest of Paimpont, near Rennes. But other forests as Hunaudaye, Loudeac or Huelgoat would deserve this holy name. Anyway, please note that three of the four departements of Britanny share the magic forest: Ille-et-Villaine, Morbihan & Côtes d’Armor.

Rich in high places with magical names made for dreaming: Nothingness, Mad-Thinking,Folle-Pensée the Valley of No Return, the Fairies’ Mirror,Le Miroir aux fées the Garden of the Monks, the Tombstone of Merlin,Le tombeau de Merlin, see opposite photo Viviane’s Housing, the Leaping Wolf, Cheat Mouse, the Comper Castle,Le château de Comper the Guillotin oak, the Tomb of the Giants,Le tombeau des Géants 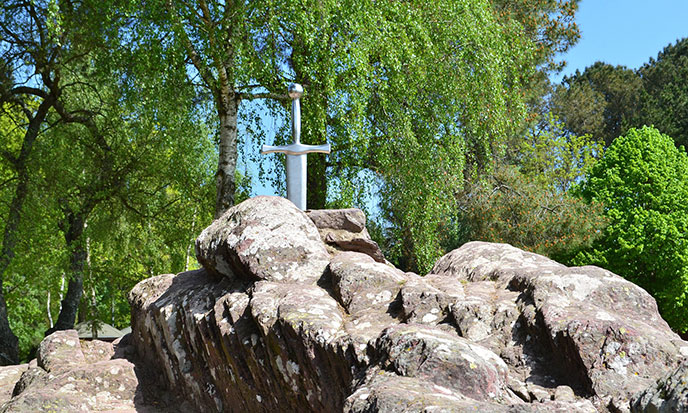 Dark Forest has its secret pearl: Barenton Fountain, where old Merlin met the beautiful young fairy Viviane. The old magician was listening to the beech near the fountain when the fairy came.

Even today, it is not uncommon to come across these two regulars, Merlin sitting on the fountain stone and the lovely Vivian beside him.

Country of high magic and great legend haunted by memories of enchanters and fairies, but also high forest and hiking ground, haunted by tourists and troopers. Thank you gods,sacred places know how to protect, they make a timely bubble around the seeker of truth who enjoy enough time of quietness. To discover the magic of the enchanting Valley of No Return without any pollution, go there at night. But beware: the full moon brings the wolves out of the woods, werewolves or not.

A military camp called Coetquidan confiscates a good part of the Dark Forest. Actually, the Tommies of Coetquidan love all the sacred sites for their funny maneuvers. What is this new military fad? Around the world, the army appropriates the high places of spirituality.

Whether in the Dark Forest (F) or at Avebury (GB) whether at Roswell (USA) or on the plateau of Larzac (F) military camps have a way to settle where the action is.

It seems that the staffs have a passion for the sacred … Before they prey on Chartres or Stonehenge, they have squatted the pyramids of Dahshur, south of Saqqara, namely Rhomboidal and Red, the two pyramids attributed to Snefru, father of Cheops. These two monuments are closed to the public. A military base was built nearby and the entire area is surrounded by barbed wire. Note that the Giza plateau is now closed by a concrete wall to protect the Great Pyramid.

At Giza, this is not the army, but forfeiture is the same. Military activities in these sacred places are not trivial. In fact, they study it carefully. They photograph, record, measure with their heavy equipment: helicopters, radars, lasers, scanners, meters and various sensors, computers, aerial photos. They know what they want. Many witnesses have seen near Avebury and its megalithic alignments, busy photographing crop circles that adorn the harvest.

Of course, the Army observes silence on this research, up to deny its existence. But that plot the troops. And even more than that. The staff alleges that these are “individual initiatives difficult to control”. At other! The truth lies elsewhere. Do not rely on the Grande Muette“The Great Dumb” is a French nickname for the Army to say a single word. Note that the establishment of a military camp in the very sacred place has its good sides: the army protects the place against the invasion of tourism and concrete buildings! 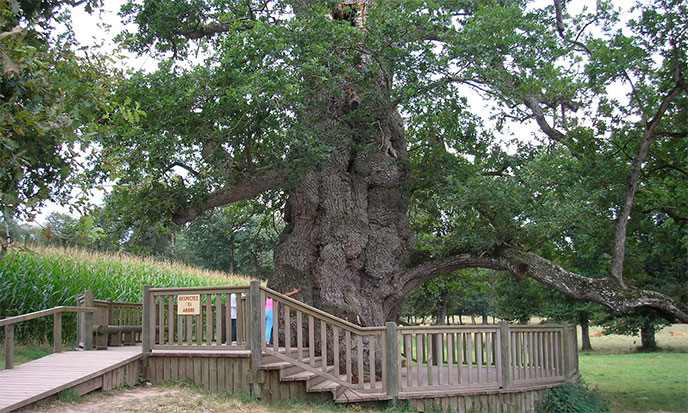