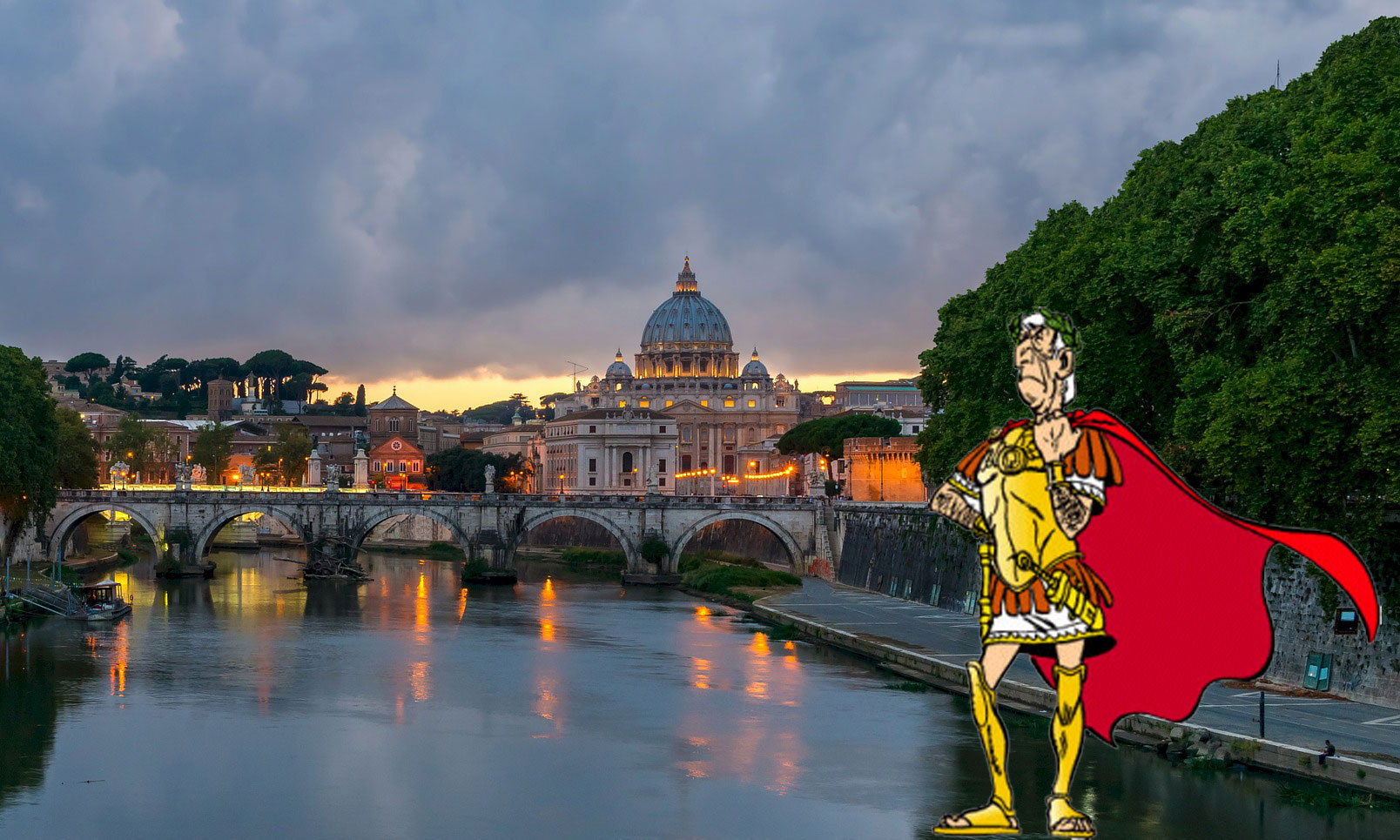 Here I must make an exception into generally accepted chronology -no offense to the proponents of the old textbooks history-  because the Middle Ages could well be a complete forgery.

This I explain extensively in the following chapters, with several articles on Jesus, and others on fictional Middle Ages. The fable is so huge that I have to pay several visits, in order to make appropriate lighting. This is a hardly believable invention – likely to divert and/or irritate more than one. It’s such a huge lie in the shade of which the world is living yet. All of us are the victims.

Ifever you read Eden Saga in chronological order,just click next page on and on what is highly recommended, you may feel frustrated: they invented seven centuries that have never occurred. Rome has never surrendered, never ceded power to the barbarians, never abdicated its imperial will. Born to rule the world, the sprawling city has continued to expand its hold, incognito, with impunity, as the wolf hidden under the lamb skin.

The fall of the Roman Empire is an invention developed by Romans themselves. The Caesar Augustus, the head of the Roman Empire, became the moral emperor of the world: he still reigns, peoples respect him more than ever, only the title has changed. We no longer called him Caesar or Augustus, he is the Pope and everybody got to say His Holiness. 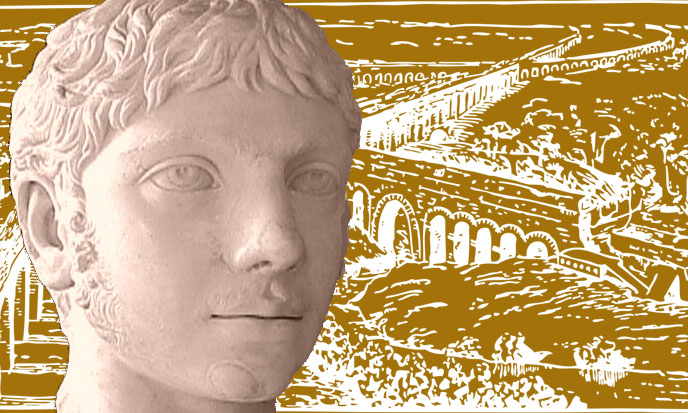 Holiness, my ass. Is it compatible with the usual deeds of Roman church, known as lie, organized fraud, racketeering, extortion, torture, dominant position abuse, theft, rape, murder, deprivation of liberty, spoliation, and the worst kind abuse, good god what a mess!! The crimes of the Roman religion are legions!!!

Is he respectable enough, that old chap wearing a skirt? He who tells with a good smile a filthy hypocrite fable to the world? He who lies with holy man face? He who tramples on what is nobler, higher, for so-called higher interests? You may say that the Dalai Lama is not better or worse. True, all these skirted gibbons aren’t  worth the rope to hang them.

But I anticipate as holy anger take me. Let’s start with the beginning. We are in 2016 or after, because my pages remain. In 2016 after the birth of Jesus Christ, as we were told. How is the thing possible? No one has registered the birth of the named Jesus, son of Joseph, on 25 December of the year 1, for the good reason that the baby Jesus was totally unknown at that time. This required that people set that date long after. A royal edict, or a council, for example. And this is where it gets stuck. 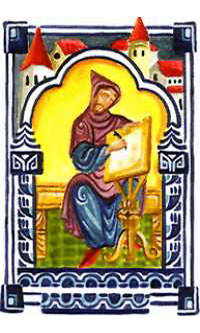 Neither the archives of kingdoms, nor those of the church bear traces of this decision. Besides, no one can determine with certainty the year of Jesus’ birth. A scholar of the 5th century is said to have tried to fix the year — however risky. A Roman scholar, of course.

His name ? Denys the Little, also called Dionysius Exiguus. Lil Denys had fun to calculate the date of Christ’s birth. His calculation done, the date he found was immediately adopted. By what miracle? One wonders. Since then, another scholar realized that Jesus was born three years before the year 01, which is quite pleasant: so-called Jesus has never existed, as it seems.

On the other hand, long before the alleged Jesus, the existence of Mithras makes no doubt. His story, everyone knows, for it is told by the Holy Gospels. It was fully copied in the 14th century, from the sacred and very ancient stories of the life and deeds of Mithras. The copyist monks attributed the lot to alleged Jesus, whose name replaced that of Mithras. The replacement has been greatly facilitated by the fact that Mithras, in our latitudes, was called Esus. The monks only had to add the initial J, or rather I, and that was it.

The initials JC, are a nicer find even. Think about it, they are also those of Julius Caesar, who lived at the time of hypothetic Jesus. It was very convenient to tweak the inscriptions and tablets. 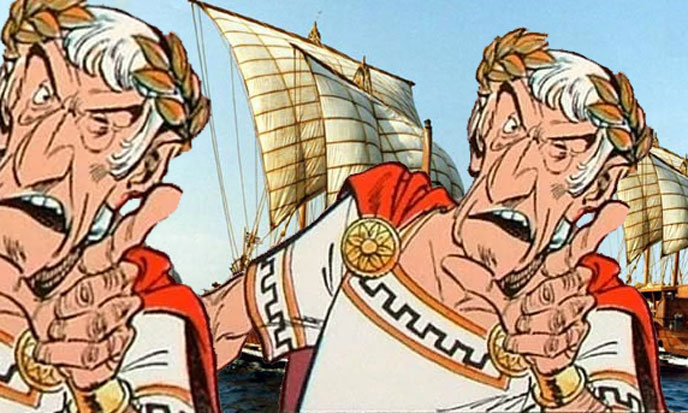 All these shenanigans were possible due to hyper centralization of the Roman Catholic Church, and its pyramidal structure. The orders of bishops had absolute value for all members of the clergy. For centuries, the Catholic monks were the only ones authorized to reproduce the old texts. To reproduce or modify or censor, as the Treaty On Laughing by Aristotle as told by Umberto Eco in his Name Of The Rose.

The invention of printing almost break this terrible monopoly, but Rome held on, inventing the precious imprimatur, nothing less than an authorization to publish issued by the Church authorities, without which no printer would took the risk to publish a book … So the Roman church could continue to filter the texts and distort the past, in the vain hope that the enormous imposture remains forever hidden. They didn’t know Eden Saga.

What does that change for you? If you believe in Jesus, it only takes a change in name, and in the time he lived. You can continue to pray if you like, but to me, even Mithras will not hear you.

If you are attached to the Christian religion, you’d better watch out. Catholicism is an instrument of oppression, the church of Rome seeks to maintain its flock in ignorance, and Protestantism is not much better, because it hasn’t throw away all bullshit and fucking fakes, and failed to interested in the early saints, who were not Jesus followers, but awakened druids of the Old Religion, like were all the pseudo-Christian before the 13th century.

If you do not believe in Jesus, remember that what seems incredible to you in his life and his death has really happened. Two thousand years before, no doubt, and under the name of Mithras, but all this is true, sincere, live events, my sweet.

If all religions seem suspicious to you, you are on the right track. Remember though that if doubt is beneficial, believe is essential. But who to believe? Or rather, how to believe?

If all this leaves you indifferent, while celebrating the upcoming New Year, remember that it won’t be 2018 after the birth of fake baby Jesus, but 2018 AUC, ab urbe condita, which means 2018 years after the founding of fucking Rome.