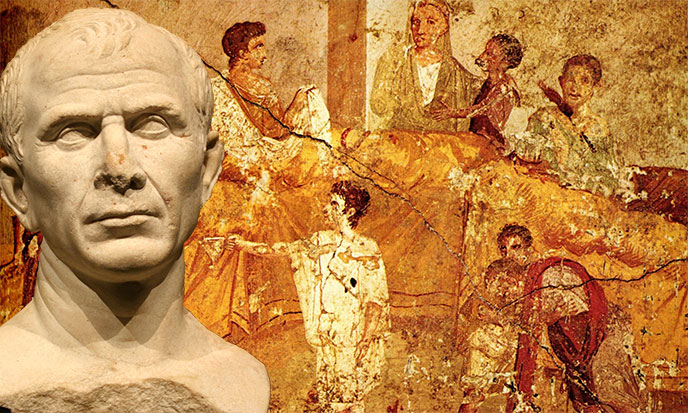 Who messed up the calendar? Why is it New Year in winter? Render unto Caesar the things that are Caesar’s and unto Pope Gregory what really belongs to him: they broke the dynamics of the antique year.

Who will bring us back the natural calendar of the ancient Tuatha?

Some believe that words like primitive or primary may express contempt. Yet the best is often the beginning. The first is the top, prime time is the top too. Be the first one, it does. Spring is it not the best season? And spring means “the first time” in all latin languages. In Italian Prima Vera, in French printemps, season of the “primevères”, from Prima Vera, in English the primrose, the first flower of spring. The round of seasons is a metaphor for life: childhood, youth, maturity, old age. Today yet, the spring is prefered. New Year could never change and nobody will bother anyhow.

Showing to what point we are accustomed to the absurd, any of us think it is normal. You do not see? Caution, reread well, there’s a catch… Now the New Year’ Eve doesn’t make spring! You agreed when I said spring is the first season, but what about New Year’ Eve in winter? Do you think January is spring? No, you’re right, it’s winter. Yet the beginning of the year must be spring, as its name suggests. 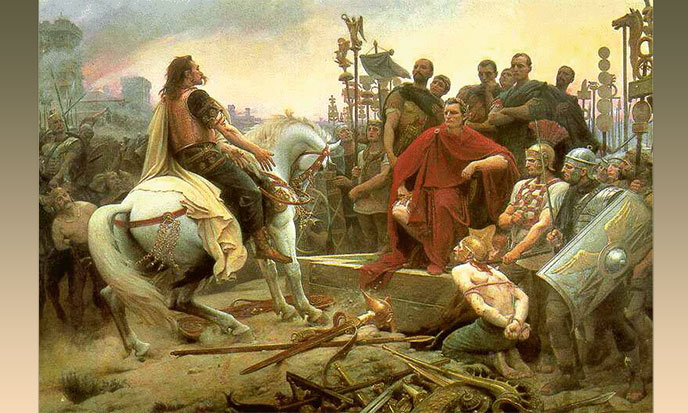 Here is the key to the mystery. Once in Rome, the year began in March.

That is why we have the month of September, meaning the seventh,sept in French that is now the ninth month. And October, which means eight, became our tenth month.

Hence in the Roman year, January was the eleventh month and February the twelfth. Being the last month of the year, February is shorter than the others to count 365 days, and February is added a day every four years to recover the famous quarter-day loss of each calendar year.

So the ancient year started on March 1st. The awakening of nature, the start of life, Spring was certainly the most natural time to start the year. Everything could go on without Julius Caesar and his moment of madness.

In 46 BCE, Julius Caesar gives the year 365 days and 12 months. It had to begin on January 1 and provides for leap years. 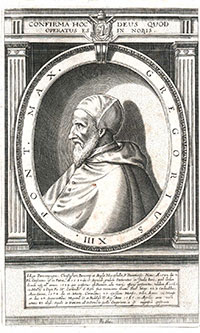 Then in the Renaissance, Pope Gregory XIII changes a few details, but keeps the New Year’s day on January 1. It is therefore to Caesar’s and Gregory’s ineptitude, that our years start in winter. Leaving four monthes with a fake name … And a question that I am dying to ask: why did Roman authority wait such a long time ? The rectification that Pope Gregory wanted to introduce in the Roman calendar is a detail, of course, but the calculations could have been made faster. More than fifteen centuries have elapsed between Caesar and Gregory, two times longer than it takes…

Some authors, such as the Russian Fomenko, have hit on the famous problem: according to him, there are seven centuries too many in our history.

And the Middle Ages never existed…

About this pope Gregory, a story tells how the Devil made a pact with a Christian who had committed, in exchange for capital, to give him his soul in a certain day, and no other, and that day was October 5, 1582.

Unhappily, the poor christian was unable to pay the Devil back. So when the fixed day arrived, the Devil appeared to the Christian for his due.

But the alleged damned replied: “Error, Sir Satan! Today is not October 5 ! You missed the day ! Just ask these brothers, who must tell the truth.”

And lay brothers answered Satan: “This day Today is October 15 in the year of graceyear of hell allright! 1582, by decision of His Holiness Pope Gregory XIII which has recently reformed the Julian calendar.”

It was true. The calendar had a leap of ten days to replace the spring equinox, buffeted by Julius Caesar. Once again, the devil was cheated by humans. (source)Robert Charroux, Unknown History of Men

The thing is common in medieval tales, Satan is constantly fooled by women or men. Probably because Satan is not as bad a devil as they say.

So, you will say, why was it necessary to shift New Year to January 1st? You know that I am not a conspirator, because the most enormous secrets do not need plot to be rejected as a whole by good people. Self-censorship is always stronger than censorship. Here, however, it seems that a small grain of Christian plot has slipped into quantum mechanics …

My readers may recall my shock when I found out the true role played by a forgotten hero in Western history. This forgotten hero of the West is Rama, half-god well known to the Indians and venerated by many Hindus. Legend has it that this charming prince became emperor of the greatest empire the earth knew, the Empire of Rama.

The sacred texts of Hinduism describe this empire in very modern terms, evoking vimana or single-seater planes, pushpaka or large aircraft, naming the effects of terrifying weapons, ancient technology to which our protohistorians have not accustomed us. Long live the mind openness of the academics of Asia! And we, during that time, have erased Ram’s memory …

Well known by some, forgotten by others, what is this phantom emperor? I have depicted Ram at length, in its conquering, charming, spiritual, and social aspect. And I also showed that his name, his role and his prowess had been knowingly eradicated from European memory. Christians wanted to impose their manufactured religion, so the prestigious past of Celtic and Hyperboreum became too cumbersome – always and everywhere the old religion is an obstacle to the new.

His name was therefore replaced by others, plenty of other names. Thus the Greeks knew Rama under the name of Dionysus, while the Romans adopted him under the name of Bacchus, but also under that of Mars. Remember, it is God Mars who gave birth to Romulus and Remus, the founders of Rome.

The Hebrews know and worship him under the name of Yahveh, god of Abram, whose name clearly means “son of Ram.” We remember that Yahveh-Ram asked his son Ab-Ram to sacrifice Isaac, according to the custom of the gods before. To kill the child who tomorrow can shade me, they thought.

Mars was a god so important to the Romans that they had dedicated to him the first month of the year, the awakening of spring. Yes, but as Mars was Rama, and it was necessary to eradicate Rama from the Christian memory, impossible to keep Mars as the first month of the year. On the other hand, it was imperative to christianize the feast of Lugh or feast of the Enlightenment, for the same reasons. Hence the Christmas party and the New Year’s Eve.

So, I have the impression that the change of day of the year attributed to Caesar would rather be the fact of Gregory XIII … My poor friends, what a mess! Makes me sick.

When you think you get all the answers, the universe comes and changes all the questions.