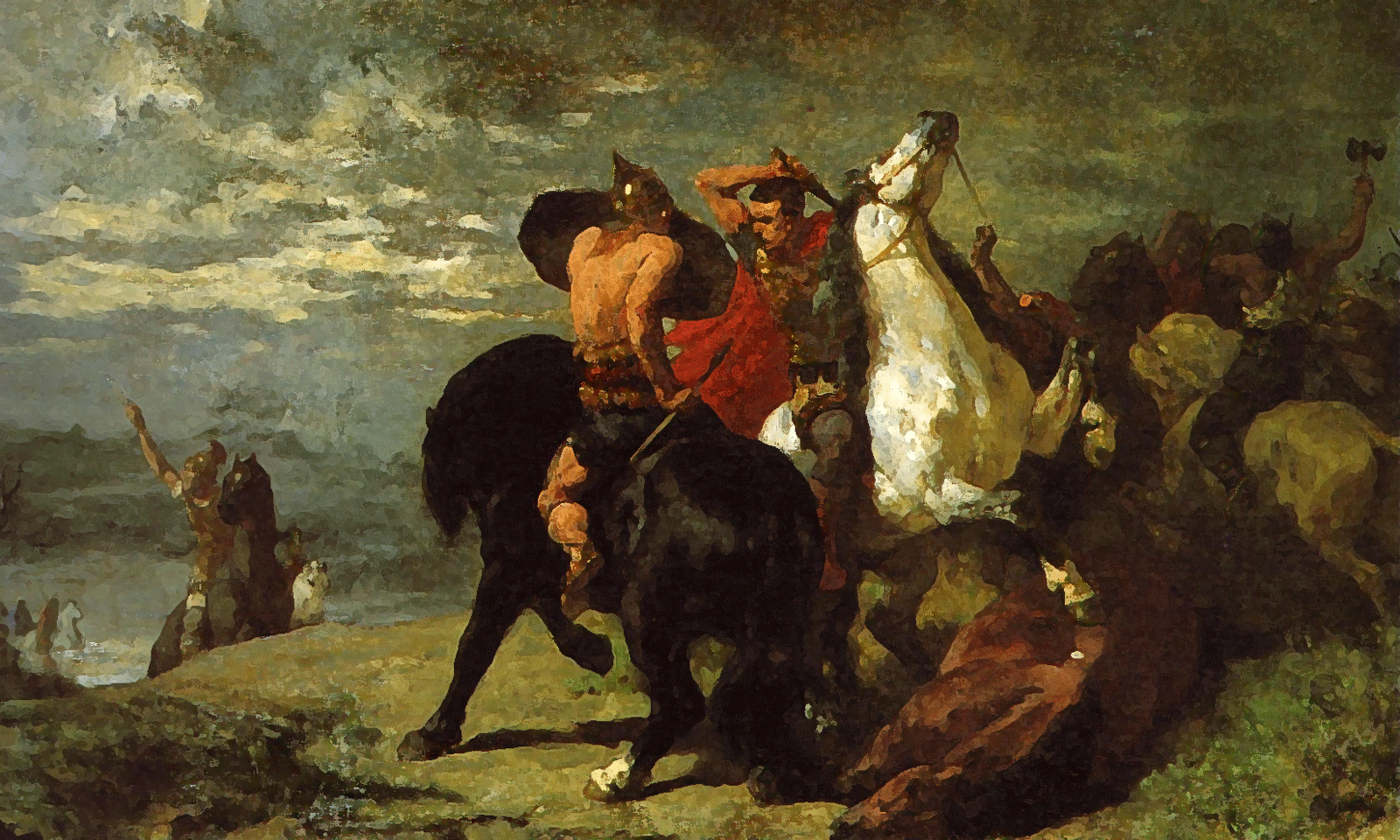 The Celts and the Gauls had their lives punctuated by seven initiations, at the rate of one every seven years. As we will see, this widespread practice in antiquity has left its mark.

Sacred initiations were used to mark thresholds in the evolution of an individual. Over time, they have been replaced by religious ceremonies, school or university exams, degrees in secular orders. Some pseudo-initiatory brotherhoods, Freemasons, Rosicrucians, hermeticists or others have given them honor, but in a form far removed from their original meaning.

This is why it seems useful to recall the original version, namely the seven Celtic initiations, at least those on which I have some insights. Nowadays, initiation means discovery, as in a macramé initiation course. The sacred initiations of the Celts and the first peoples were tests bordering on physical and moral resistance.

They range from 7 years to 7 years, from birth to maturity, or 42 years.

Birth is undoubtedly the very first initiation. Unlike the following, it is given to all living beings. If they live, it is because they were born. And that they will die. Nothing new to say about this initiation, which you know as well as I do.

If not that I practiced deep trances of recollection for almost two decades, I audited many relived intrauterine because there were engrams there. I have never encountered a birth chart. It must be believed that the fetus suffers more than the newborn. 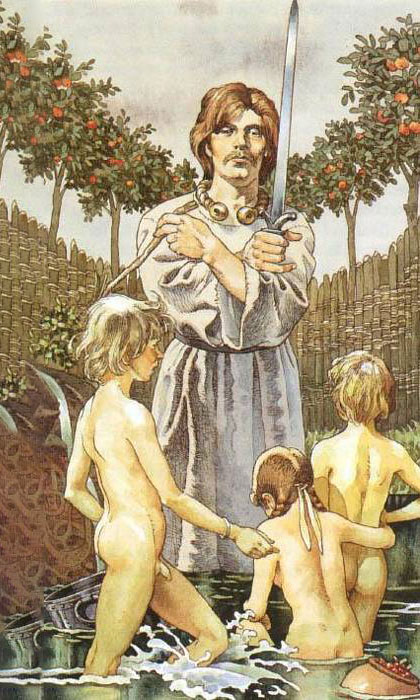 At the age of 7, the second initiation takes place, the Celtic baptism, which was practiced in one form or another in many religions and cultures of the previous era. Even today, among Catholics, it is about the age of private communion.

Among the Celts, baptism was celebrated by the youngest druid. It took place in a sacred fountain, where there were many miraculous healings attributed to Belisama.

Nowadays, the same fountains are dedicated to the Virgin Mary as they once were to the goddess Bélisama, whose composite name breaks down as follows: Bel – Is – Ama. As beautiful as Belenos and Baal, Is for Isis, and Ama, the mother goddess of the Hyperboreans, whom they also wrote Ana or Ann, yes, like the goddess Dana of the Tuathas of Dana-Ann.

During my stays in the Far East, I saw the Goddess survival on the other side of the world. Ama is the protective mother goddess of South China, as indicated by the etymology of Macao, contraction of Ama-gao, ie the port of the goddess Ama. A nanny or servant caring for a young child is called ama in Cantonese.

In the morning, the druid of his village cut and lacerated the young man’s chest with a long sword decorated with symbols, the three concentric circles for the one who was already awake, or the three circles intertwined in triangle for the apprentice.

On the wounds, the druid or the vate put a poultice of salt and bridled the open wounds so that the mere sight of the dreadful scars terrorize the young warrior’s future adversaries.

The Celts and the Gauls fought topless, to display their initiatory or received scars in combat, thus showing their total contempt for pain and death. Fearsome adversaries, wrote Julius Caesar in his Gallic War which I cannot recommend reading highly enough. René Goscinny, father of Asterix, had made it his bedside book.

We are no longer there. Now among Catholics, it is the age of solemn communion. Nothing warrior or manly in there, but the stage is still marked.

21 years old, age which must remind something to the ancients. “In France, the civil majority has been fixed at 18 since July 5, 1974. Previously, and this since 1792, it was fixed at 21. Today, the age of civil majority in France is also that of matrimonial majority and criminal majority. “

Like the Celtic baptism at 7 years old, the Little Mysteries were systematically practiced on all those who reached this age, at the spring equinox. My benefactor said that in any sacred society, engrammic cleansing is done at this pivotal age between adolescence and adulthood.

Among the Celts and Gauls, 21 was the minimum age required to become a warlord. In certain tribes, this office could not be acquired before the fifth initiation, seven years later. It all depended on the size of the population and the talents of the young people. No rule without exception, such as the Celtic conception of laws.

We have lost track of the specific content of this initiation as well as the following. I can only explain their words to you, while waiting for one of my trips on the timeline to bring me the information that I miss.

28 years old – Majority for high positions: chief of Celtic clan. But this majority could be lowered to avoid the absence of a leader, and therefore the dissolution of the clan.

All the info on this domestic stage will be welcome!

35 years old – Not much to say (for now!) About this initiation, except that it was the entry into old age in the Gallic era. Remember the gospel of the nativity: “When Joseph was an old man, he took the virgin Mary, the queen of Galilee, for his wife.” The old man in question was only 30 years old! We did not live old at that time. So when Jesus was crucified, he was 33 years old. An old man for the time.

42 years old – Even less to say about this late initiation, at least as far as antiquity is concerned. In certain hermetic obedience whose name I will not mention, this is the age required to become a grand master of the order. There is every reason to believe that it is a survival of the 7 Celtic initiations.

My benefactor liked to say that 42 years is the age beyond which we can no longer receive the initiation of Arcane XIII, namely the little mysteries of Isis. For the great mysteries, there is no limit. You still need to have the skills … To have gone through hellfire, to have come out of the tomb, to have burned like a juniper, to have fallen a thousand times, a thousand times to have stood up.

What can a man have apart of his life and his death? (Carlos Castaneda)