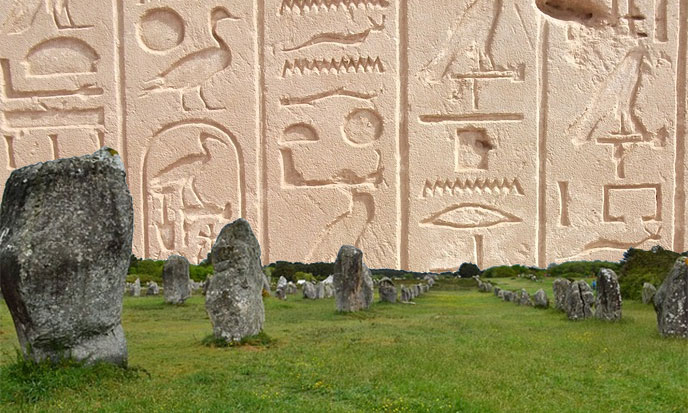 Some places have similar names, and we are not astonished beyond measure. In addition to names, if the premises are also similar, we can ask questions.

Carnac in Brittany and Karnak in Egypt are part of the first category: their names are similar so they are but one. Now everyone will tell you that the places are quite different.

It is true that the harsh sun of Egypt is far from the Breton drizzle. Yet did you know? there are palm trees in Brittany, just like those of Egypt. And the resemblance does not stop there. Let’s see what Wikipedia says:

“The religious complex of Karnak – wrongly called Karnak Temple or just Karnak – includes an extensive set of ruined temples, chapels, pylons, and other buildings located north of Thebes, today city ​​of Luxor, Egypt, on the right bank of the Nile. The Karnak complex, rebuilt and developed for over 2000 years by successive pharaohs from Sesostris I of the Middle Kingdom to the Ptolemaic period. It extends over two square kilometers and is composed of three walls, it is the largest religious complex of all antiquity.”  (source)wikipedia 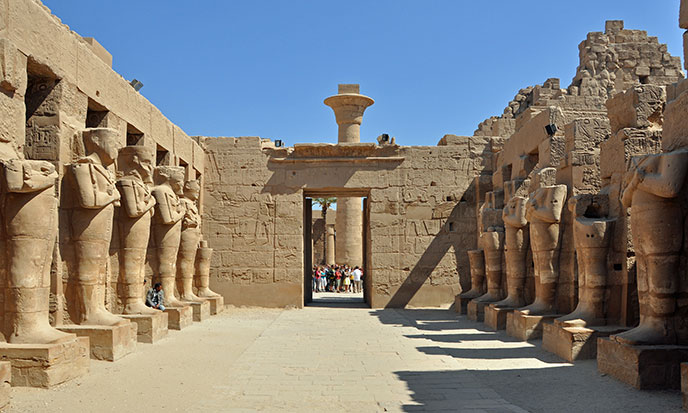 The Carnac complex, rebuilt and developed for over 4000 years by successive great Druids, covers more than eight square kilometers. Consisting of four main alignments with more than a thousand menhirs and other religious buildings, it is the largest religious complex of all antiquity.

Can we see a chance? No, because random does not exist. We must see a filiation.

The Louvre also opened branches in France and around the world, for his artistic authority has made him a brand, a label of taste and excellence.

I believe that the Druidic University of Carnac in Brittany pre-Celtic was long the only source of education in Europe returned to wilderness. 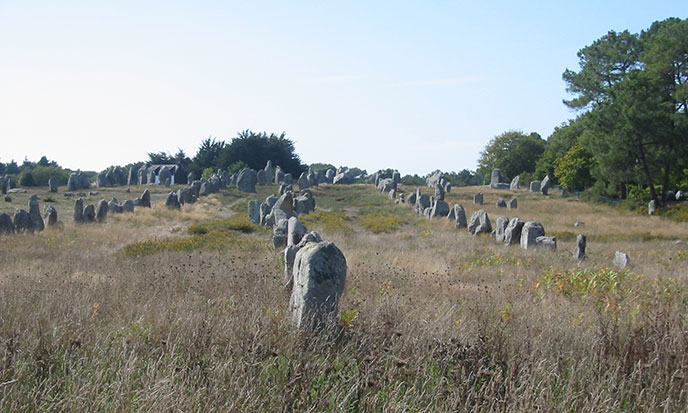 Wealthy young people came from all over Europe to study the precepts, theorems, laws, the movement of the stars, sacred song, trance, and other sapiences of the Old Religion.

Do not be surprised, it happened exactly the same long after, in Egypt.
In pre-Celtic times, druids and scholars of today Britanny went to open a branch in Egypt, and the branch, over time, became the most famous ancient university of Karnak, which has retained the name of the founder university Carnac.

And Carnac, precisely? Why has it been forgotten? Ur-Celt was already ancient language in antiquity. Coming straight from the divine language of the Hyperboreans, the original Celtic language was long considered sacred initiatory language par excellence.

To support this capacity was to remain the Celtic oral language. In the sacred conception in fact, writing is vile, it stains the sound power of the word and tone and color of the voice.

The Druids, as the ulama, always wore out by the heart-and made to learn thousands of magical and scientific formulas to their students. Which, in turn, had to commit to not write a word of this education. Or rather, this initiation. Such is the practice of secrecy. 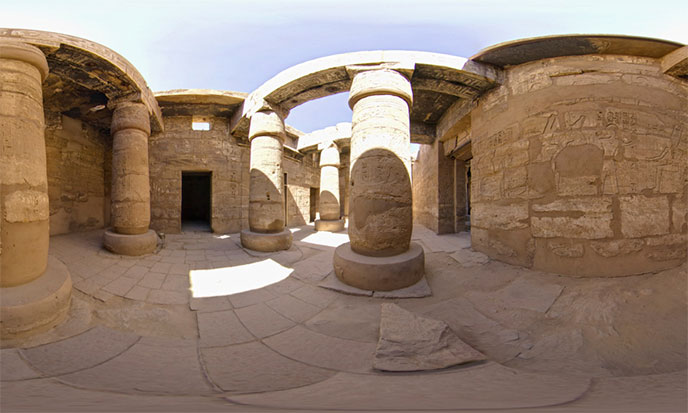 Since Celtic did not write, we have forgotten that language, vocabulary, grammar, accent. We have more than Breton to guide us. Moreover, we have no precise and detailed document on the life and customs of the Celts and their druids.

The only source is Celtic Ireland, the legendary body of Lugh, Cuchulainn and peers, a passionate epic but too short … If you have to head to Rome and its most famous general, Julius Caesar, who told by his military campaigns menu to annex Gaul in the Roman Empire.

Only Caesar is not objective. He belittles his Gallic enemies, he made wild beasts without religion, repulsive and barbaric warriors, and depicts their Druids as dull people practicing without pity or measuring all kinds of sacrifices, including human sacrifice.

Fun to see Caesar indignant of such a common practice at home in Rome! The victims of beasts or gladiators in the arena, is in Brittany it was happening? I think not.

In short, as we have detailed source the campaign diary of a general and political upstart, full of imperial ambitions, who held to the Senate all the pledges of his heroism and the merits of his war of conquest .

For the Roman senators, like all beings cultivated Mediterranean, knew very well what to expect on Celtie, its universities, Druids, its refinement, its fashion, its jewelry, its ironwork, his martial art and its magical songs.

Most of them had studied in Carnac and Karnak, they could appreciate the knowledge and nobility of the Druids. For them, the massacres of Julius Caesar had something shocking, sacrilegious. Hence the denigration and lies of unscrupulous general. 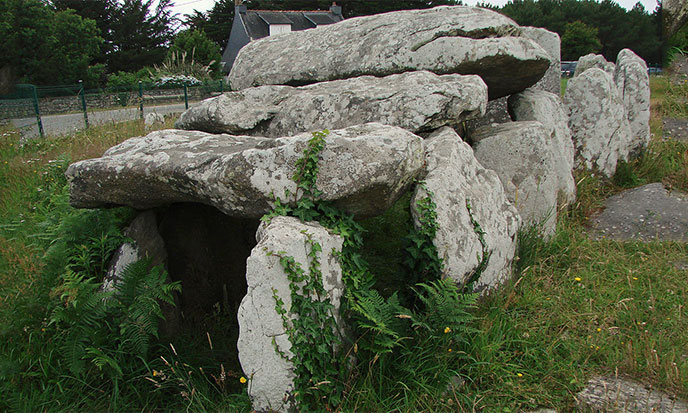 In the absence of reliable documentation, we only got names, old stones polished by time, and dreams that drive them.