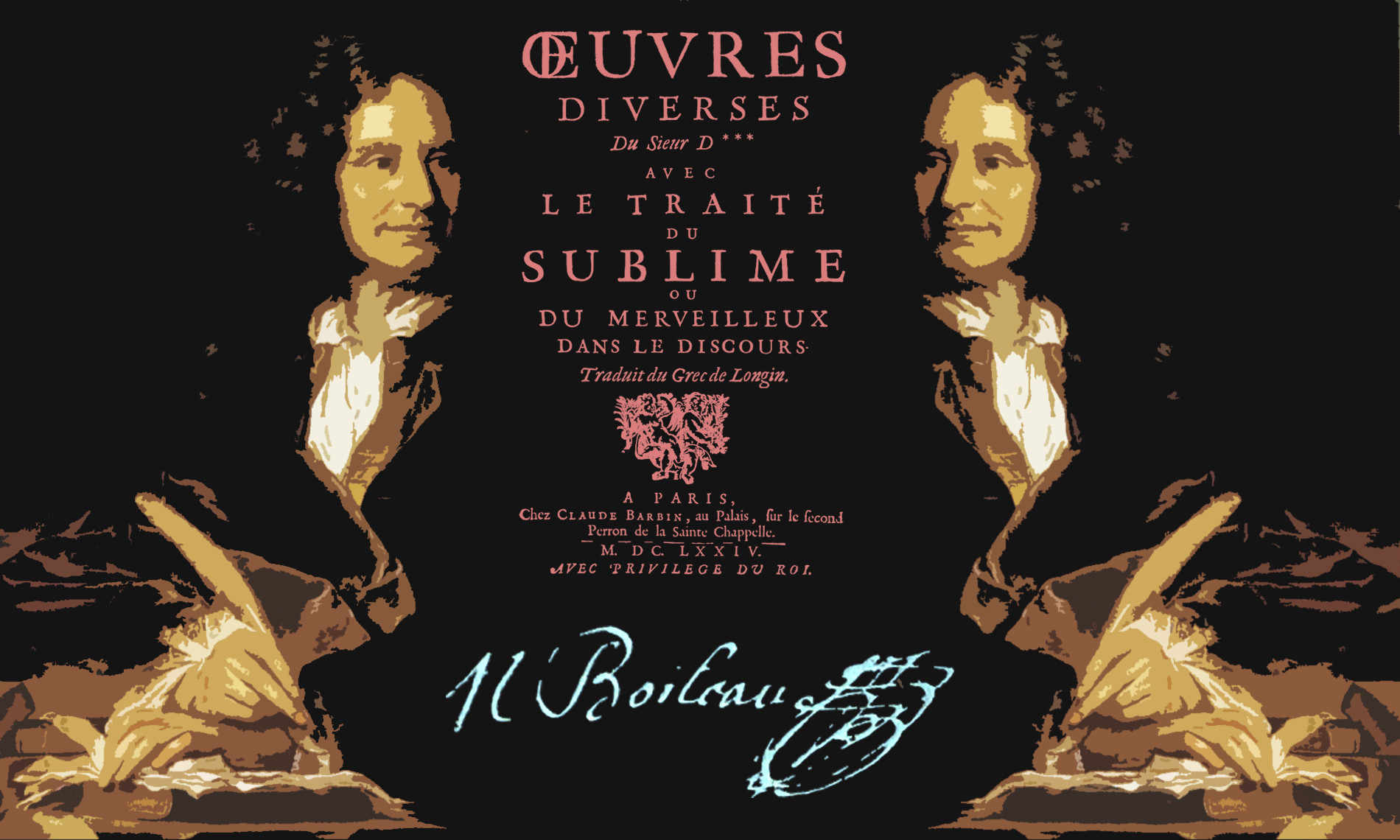 Boileau signed it with a D ***, yes, but it’s his. And it’s mine too. Humbly I followed in the footsteps of the great man. What he calls poetic art, I call it the art of writing and saying. Here is an excerpt from Nicolas Boileau’s poem, followed by my comments.

There is a kind of writer pleas’d with sound,
Whose fustian head with clouds is compass’d round,
No reason can disperse ’em with its light:
Learn then to think, e’re you pretend to write,
As your idea’s clear, or else obscure,
Th’ expression follows perfect, or impure:
What we conceive, with ease we can express;
Words to the notions flow with readiness.
Observe the language well in all you write,
And swerve not from it in your loftiest flight.
The smoothest verse, and the exactest sence
Displease us, if ill English give offence:
A barb’rous phrase no reader can approve;
Nor bombast, noise, or affectation love.
In short, without pure language, what you write,
Can never yield us profit, or delight.
Take time for thinking; never work in hast;
And value not your self for writing fast.
A rapid poem, with such fury writ,
Shews want of judgment, not abounding wit.
More pleas’d we are to see a river lead
His gentle streams along a flow’ry mead,
Than from high banks to hear loud torrents roar,
With foamy waters on a muddy Shore.
Gently make haste, of labour not afraid;
A hundred times consider what you’ve said:
Polish, repolish, every colour lay,
And sometimes add; but oft’ner take away.
(source)
Nicolas Boileau, Poetic Art, cantum 1 — trans. by Alexander Chalmers & J. Johnson, 1810

Poetic art is only part of the work. In its entirety, the book is called The Treaty of SUBLIME … Friend Nicolas, you are sublime. Beyond the limits. Your prose shows me the way and carries me away. Your genius awakens the senses and amazes the mind. There, I do you justice so that others read you. To get high and rise. And … surprise!

Learn then to think, e’re you pretend to write
So before you write, learn to think.

Before embarking on the art of writing, make sure that you master logic, the art of reasoning, the best enemy of naivety. In this predatory universe, it is essential to learn to think. Everyone thinks they know. But daydreaming is not thinking. And to think is not to think.

We will find the spirit of this advice a little further with the famous: Hurry slowly. 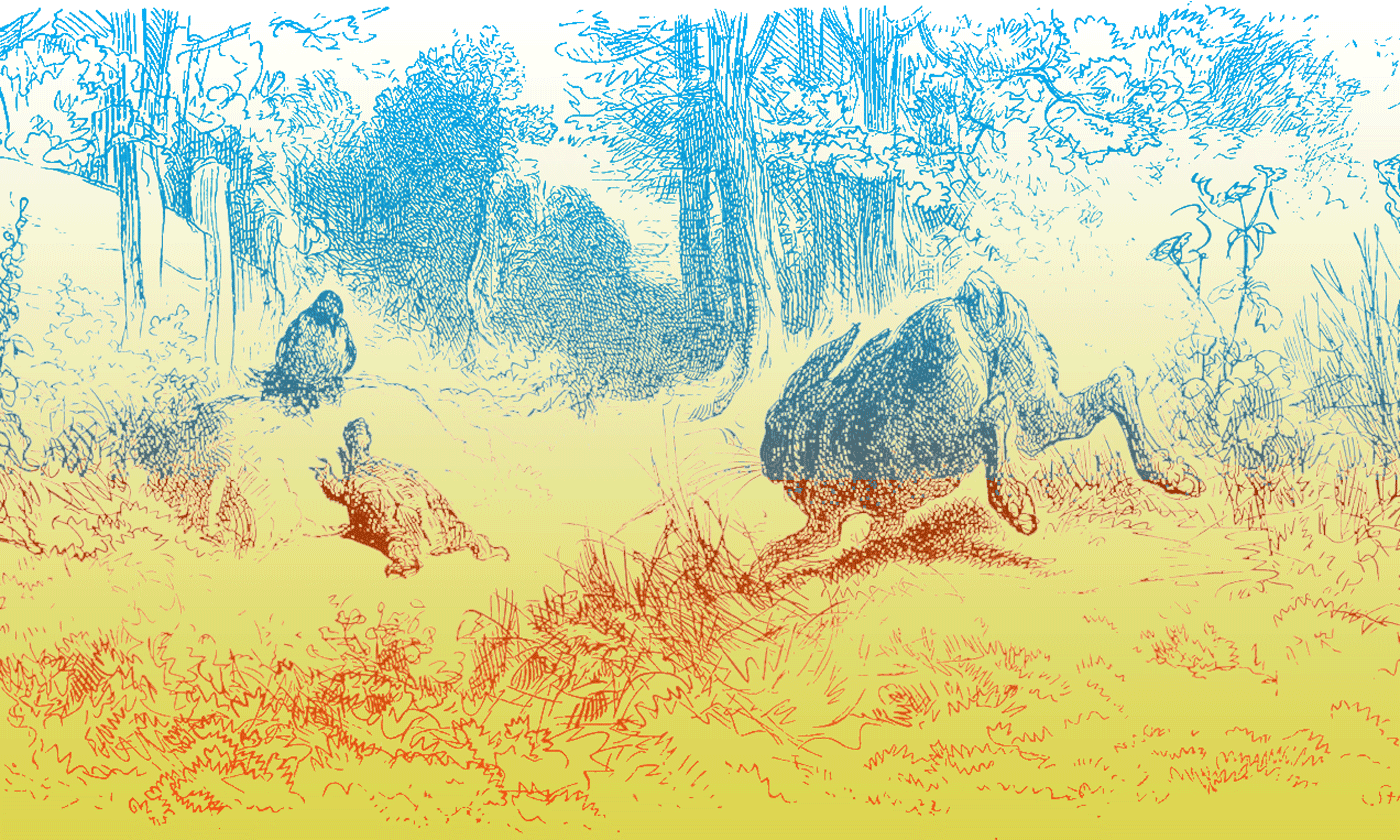 What we conceive, with ease we can express;
Words to the notions flow with readiness.

What is well conceived is clearly stated,
And the words to say it come easily.

Too many messy speakers, confident in their presence, believe that threading words at the end of each other takes the place of intelligence. Too many pseudo-scholars, champions of thought, have no song or word that is not borrowed. Too many so-called wise men torment page after page of an undrinkable gibberish, riddled with abstruse words worthy of Picabia, outmoded terms that Céline would have damned, impossible turns, laughable burns, Mister false thinker who keep your reader as foolish as yourself. No one will notice the absence of thought, presume these hijackers, these clowns, these pretenders.

They are not friends of wisdom as good philosophers but swollen copies of the mire and morons. They will pass, be quickly forgotten, sad consolation. But the good, the precise, the useful will pass as well. You see me sorry.

In short, without pure language, what you write,
Can never yield us profit, or delight.

Without pure language, the most divine author
Whatever he may do, remains a bad writer.

Far be it from me to reopen the Quarrel of the Ancient and the Modern, but it turns out that our friend Nicolas Boileau was the quarrel instigator, with as main ally another great poet, friend of animals, belles lettres and ancient authors : Jean de La Fontaine.

It is important to choose between the young contemporary scribblers and the classic supporters of Ancients. There was a tap, and not least. Besides La Fontaine and Boileau, MM Racine, Molière and his protégé the old Corneille, La Bruyère, Bossuet represented the classic camp. The moderns were boiled down to Charles Perrault and a few forgotten people in search of recognition.

These quarrels ever return. My generation, that of the sixty-eighters, had the motto: “Never trust anybody above thirty“. The ancients found no favor in our eyes. We only support our generation. The music – classical, romantic or modern – broke our ears. Rock, yes, but not that of Elvis, too old, already yesterday. The texts of the great authors of the past make us bored with boredom. It will have taken a lifetime to radically change my point of view.

The pure and beautiful language of which Boileau speaks is not prehistoric. It is of its time. Languages ​​are alive, they change according to the winds, according to people’s taste. Each era embellishes the language to enrich the legs of previous generations. Speaking good French does not limit the vocabulary to the dictionary of the french academy, which nobody reads, serves them right. Academicians are too oldstyle. Though elder, I’m much younger than they are. Anyway, whatever the language you use, you have to speak clear and nice. Clearly enough to be understood, and nice enough to be loved.

The new generation of poets is to be sought in rap or comics. Popular forms of expression are not without poetry, quite the contrary. Each year new poets amaze new fans, who reinvent a world of living magic. Thanks to both of them, double guarantee that poetry is alive and well. 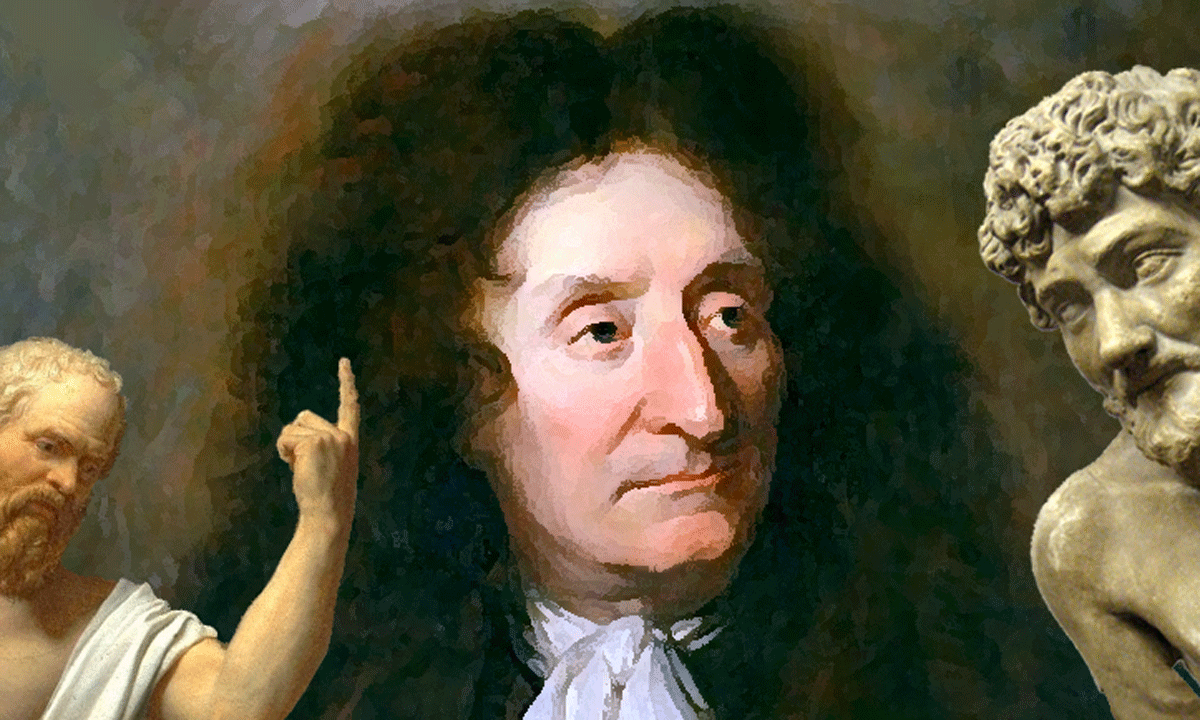 Gently make haste, of labour not afraid;
A hundred times consider what you’ve said:
Polish, repolish, every colour lay,
And sometimes add; but oft’ner take away.

Hurry slowly, and without losing courage,
Twenty times on the trade hand over your work:
Polish it over and over again;
Add sometimes, and erase often.

This last quote from Nicolas Boileau could just as well be signed Jean de La Fontaine. His fables look so natural, his tongue flows so easy and dapper, his lightness and simplicity, believe me, is the result of a very long work. La Fontaine was a perfectionist, you can hear it in his verses. 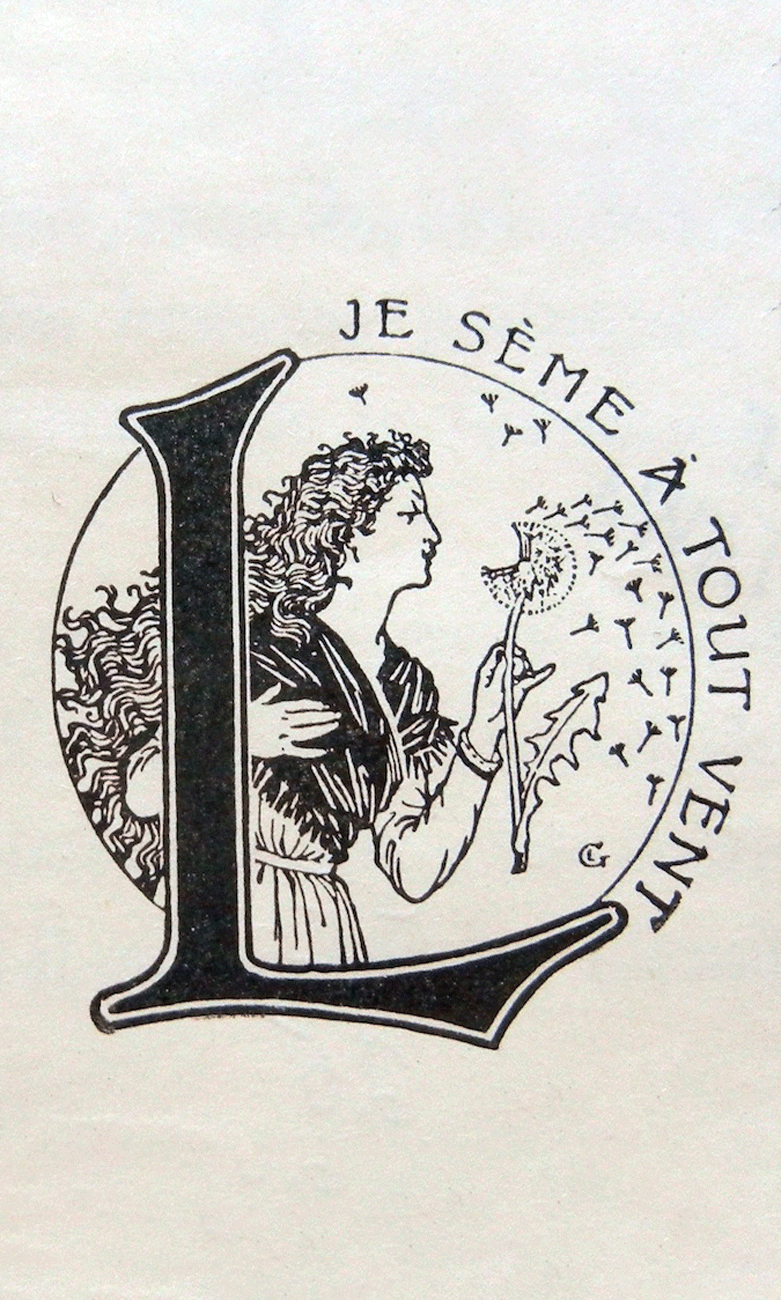 I am too, without having a quarter of the talent of the great man. Some of the articles you read here have received over 500 corrections. Twenty times, a hundred times, a thousand times on the loom I submit my work. It’s the wind that carries me away, it’s the lightning, it’s the storm. Life knocks on my door and supports my courage. You need seas, skies, giant beans, sharks, porpoises and gaping chasms. I learned the lesson. I will grow modest away from viruses, bloodletting, plague.

Hurry slowly because murderer time will respect nothing you would do without it. My way of writing is devoid of expectation. I throw everything that comes to the screen, and piece after piece I take off. I withdraw. I deflate the patch. We always say too much.

Of all those who have nothing to say, the nicest are those who keep silent. (Michel Colucci aka Coluche)

My texts are to be read, reread in abundance. My writings are sung on the roofs of the houses. I lost the measure as well as the reason. Lock me in the shade, crush with the heel this deformed beast, this frightening insect which prowls in the hollow of the evenings, dark cormorant.

However little you love, remember that a poet has passed by. He landed nearby on a nearby tree. An elm. They are so rare. The disease wiped them out in the fall. They cry with the willows. I’m going to smoke.

This page had over a thousand more words, I reread, I cut. She thanked me for losing half of it, but I want to cut it again. I have to cut closer to the body. I cut, I throw, she’s getting ready. Finally it flies away and I take off. I posted it, it’s the cuvée head. Still needs care. So I come back to it.

My ideas are also changing. Other theories come to me, prompted by new facts. Which forces me to update old pages. I’m going there. I exult. The direct edition, what happiness for an author! As a publisher, I admire the web, much superior to the paper edition. He will eventually replace it. It has already replaced the sound carriers. I’m the only one left to listen to CDs. Deceased … 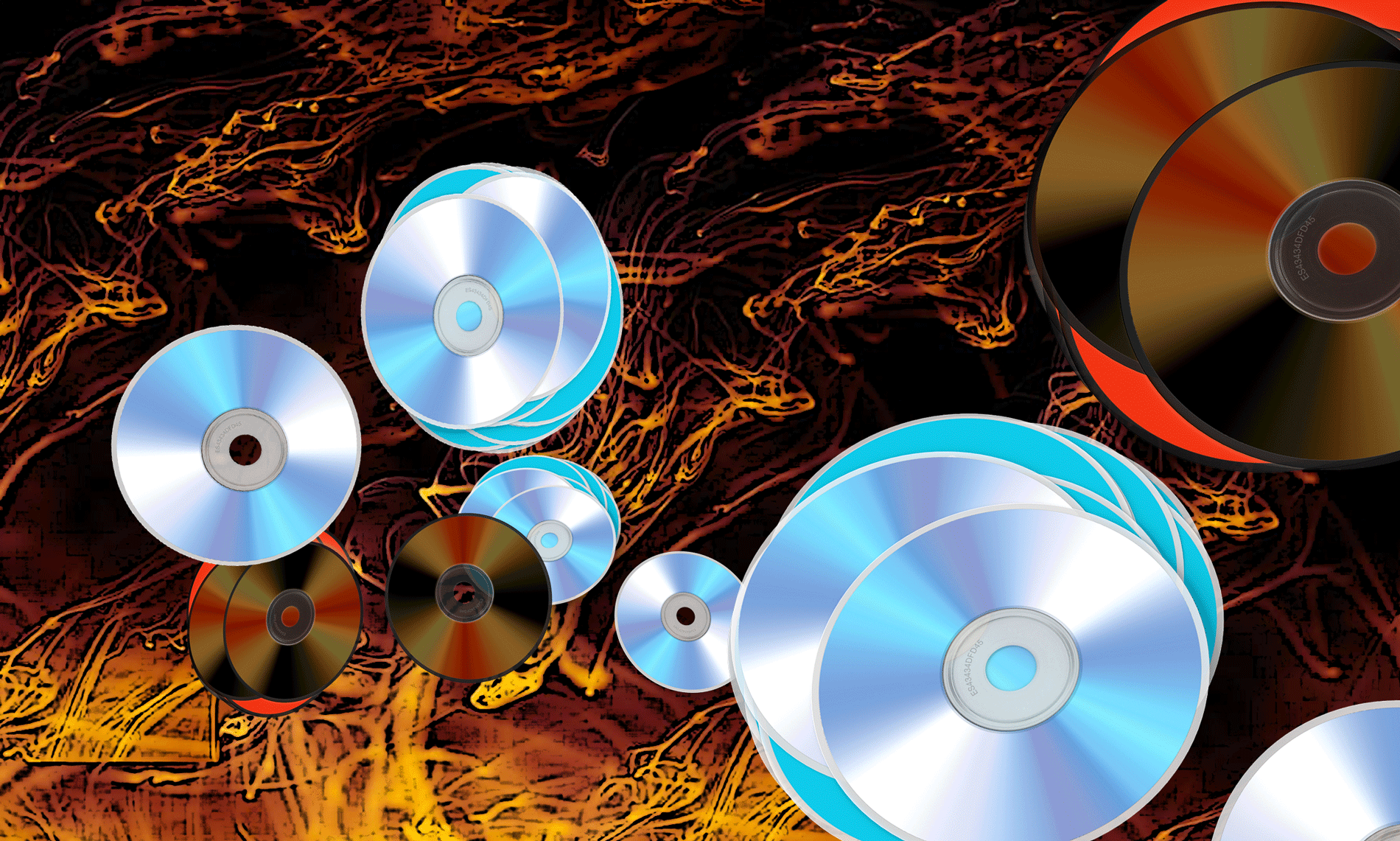 No head, clever yet

But why do I strive to teach good thinking, I who keep saying that you have to cut your head? Why worry about well-said if the essential is beyond words? The hurried reader will judge that really, I lack coherence. And yet! 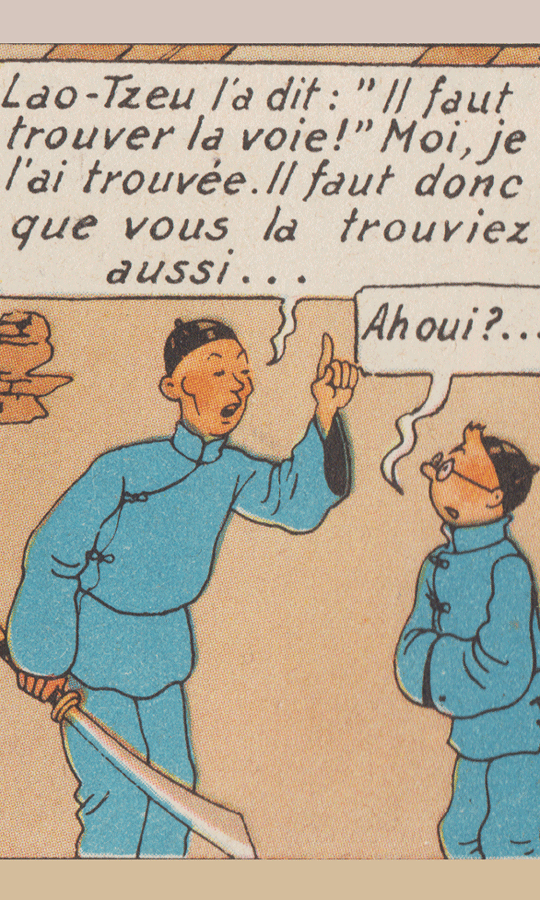 To live without a head, without intrusive thoughts, without pervasive mental images, does one have to become stupid? Ready to get caught up in the first sentence maker? Naivety is often the weakness of the generous. Take care. And don’t give it back.

To go open heart, heart giving, hands of love in the wind, does it necessarily mean falling prey to the sneaky? This universe is predatory, open your heart but don’t forget to open your eyes. Always ready, death awaits. So the danger is everywhere.

At the risk of living

Should we remain confined ad vitam, with or without deadly virus? Why leave the womb if you can’t get out of the nest? The body, in this case. Our living space of flesh, a nest that is dear to us. Overpriced, seen the care we give it. You think you would be nothing without him. But he, your body, what would it be without you? Dead.

Life is dangerous. If you are not ready to take risks, it is the risk that will take you. The attention you pay to your enemy strengthens it. Do not fear anyone, you are your worst enemy. Brave danger, danger makes you brave.

If you want your life to sing
Throw it in the wind
Throw it into turmoil and storm
Like a beautiful wild bird.

Such was a hearty Scout song that we sang at the top of our lungs to swallow the miles or share the vigil around the campfire. It disappeared: even Google did not find it … 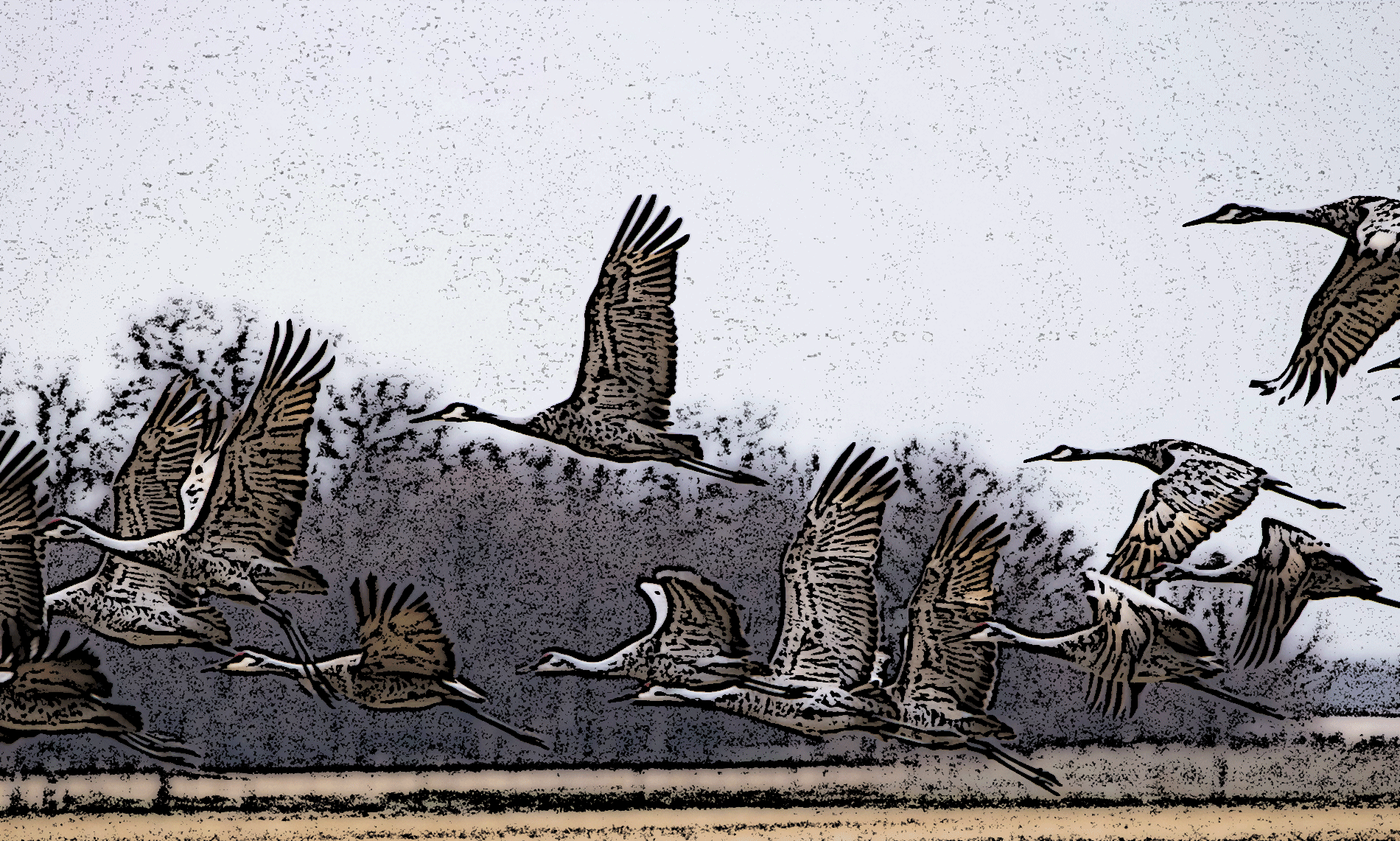 For Google’s sake! How shocking!

One must have to act and not act to have.