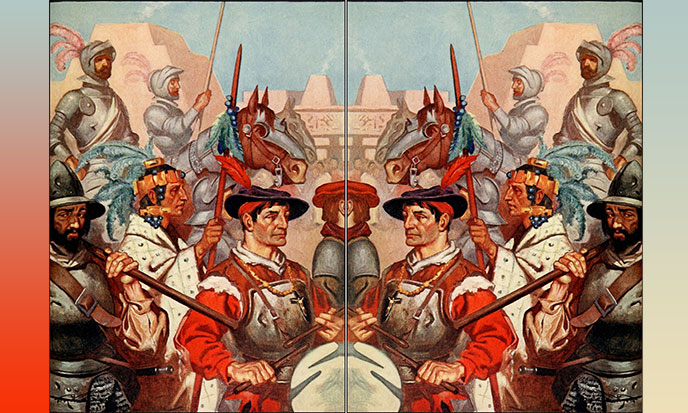 A sad day came when the Feathered Serpent Quetzalcoatl departed on the western sea, he left America on his canoe-snake towards the distant Europe. The native Americans were inconsolable. Thus they cherished his memory through the centuries.

And the Snake came back…

An  ancient prophecy of the White God announced his return in the distant future. That is why the Spanish conquistador Pizzaro had no difficulty in submitting the Incas: he too was light hair and white skin. Native Americans believed that Pizarro was the announced return of their white god, Tiki-Viracocha, ie meerschaum. Yet many millenia had passed since the people of the Feathered Serpent had left America on a canoe-snake heading to distant Europe. But some events are truly unforgottable.

Through the collective memory of myth, the Indians had preserved the memory of the white-skinned gods. But if the first white visitors had left a good impression with their peaceful habits and their many skills, these new white gods showed unnecessary cruelty.

Among these pirates and treasure searchers, as you can easily imagine, greed was the strongest. Astonished and crucified, the Incas didn’t even defended. How could they doubt their sacred tradition that showed whites as gods? How could they admit that their ancient creators and benefactors once so peaceful and generous has became these ugly devils raging for gold, sex and blood? Which, incidentally, measures the reality of decline, and its magnitude.

Once upon a time the white gods were good. But they changed into beasts. 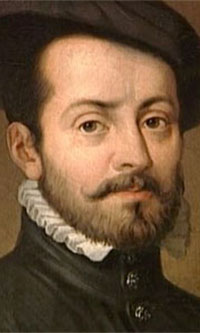 Another conquistador, Hernan Cortes, experienced the same luck in Mexico, for exactly the same reason. And he didn’t behave much better. Moctezuma, the Aztec emperor, had also kept the memory of these white gods called Quetzalcoatl, the Feathered Snake, by his ancestors’ tradition. The Snake was a good man, generous, peaceful, cultivated , full of science and technology. This Quetzalcoatl had come after the great flood to bring civilization to his ancestors many millennia ago. When Moctezuma was told the arrival of a bearded white god dressed in iron, the emperor concluded that this foreign god was the return of the Feathered Serpent.

Right away, he offered power to the conqueror. Hernan Cortes and his meager troops then discovered, amazed, the splendor and wealth of this nation. The Aztec capital was much larger than Rome and Constantinople, which they were familiar. With a population of some 300,000 inhabitants, it was about five times the size of London at the time.

Many soldiers compared it to Venice, sure to have found a wonderful city of legend as El Dorado, Atlantis or Cipango. And it was a wonderful city all right. There were floating gardens, employing armies of gardeners ; there were large markets harmoniously arranged that abounded in gold, silver, jade and all kinds of gorgeous food. The Imperial Palace had a huge aviary and zoo, where jaguars, pumas and alligators were treated by veterinary staff. 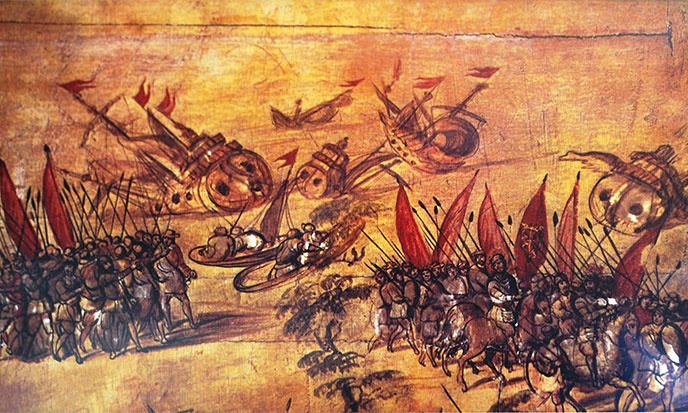 Instead of being respectful facing such high degree of civilization, the rude conquistadores took advantage on the kindness of their hosts. The Spaniards fought to a massacre, slaughtering 10,000 people in one night. Without emotion, without scruple or mercy, the conquistadores began carving up the country: the victims of war and those of foreign diseases brought by the white devils, a high rate of local populations were decimated, falling by ten million to two million in the space of twenty years.

Why put a capital C in Conquista? Why put one in Colonization? Why capital letters in Holy Inquisition and in Shoah? Is there any reason to be proud of?

The White Snake is back and the Indians are dead.