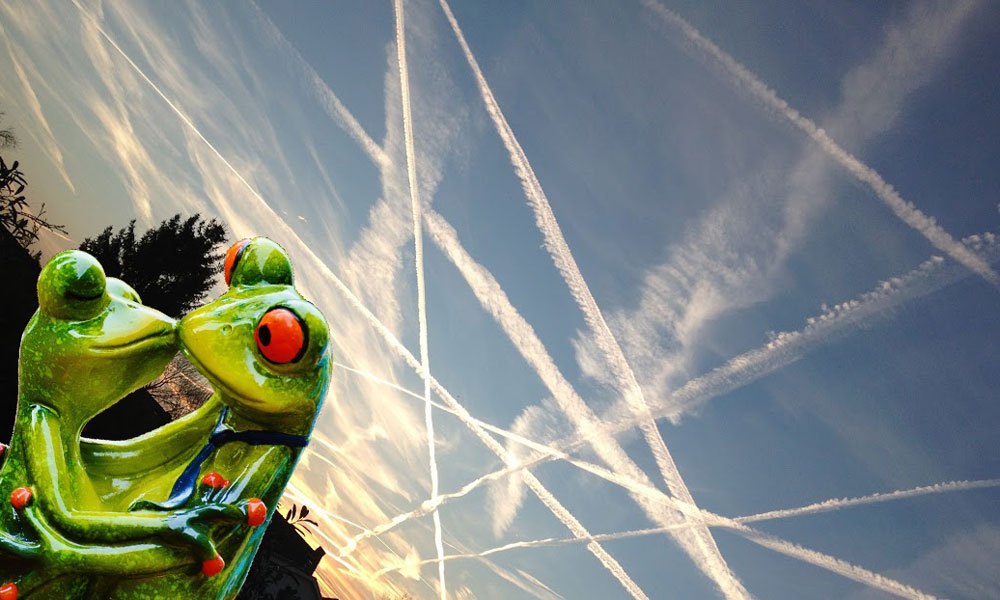 The chemtrails affair is rebounding !! NASA announces that it could vaporize gases in the upper atmosphere for ecological reasons. If NASA knows how to do that, how did it learn? NASA implicitly admits having organized atmospheric sprays, the famous chemtrails, via the planes of the big airlines. (source)

From the English chemical trails, chemical streaks, chemicals spread illegally by planes and that persist and spread in the sky for several hours, as opposed to contrails, English condensation trails, contrails caused by freezing water vapor, generated (rarely) by normal aircraft and disappear in seconds or tens of seconds.  A user, Thierry Huppertz, added this: “There is a way to recognize the chemtrails A contrail, so a normal trace of condensation, does not know to form directly at the exit of the turbine, because the gases are there too hot to condense, as they can not form at low altitude, so smoke coming directly behind the wing is a chemtrail … or the plane is on fire.” This video shows clearly that chemtrails do’nt come from reactors.

Secret project of governments of industrialized countries illegally funded with your taxes and consisting of spreading chemicals generally at high and medium altitude using airplanes presumably mostly military for a reason hidden from the public. These operations were thought out, studied, discussed, compared, quantified, planned for more than 40 years.

Report of United States President Lyndon B. Johnson, 1965: “A change in radiative balance in the opposite direction to that which could result from increased atmospheric CO2 could be produced by increasing the albedo, or reflectivity, of Earth. Such a change of albedo could be caused for example by spreading very small reflective particles over large ocean areas. A 1% change in reflectivity could be obtained for around $ 500 million a year.” The two main institutions involved in these operations are the Lawrence Livermore National Laboratory and Stanford University, both located in the United States in California. (source)

According to the theory, in general indifference, governments would pour chemicals over our heads for control of the climate, economy or people. The chemtrails appeared in 1996 in the United States, while the US Air Force sought to control the weather to control the air. The idea was to develop climate weapons for possible environmental wars. This research was really conducted and is part of the scientific geo-engineering work.

According to supporters, the military began to spread chemicals into the atmosphere, visible to the naked eye, because they are more persistent in the sky than contrails. It contains several heavy metals (aluminum and titanium), microscopic polymers and alkaline-earth metals, that is to say particles that are harmful to the environment and the health of those who inhale them, which can lead to respiratory problems and diseases. more serious. (source)

The ignorance of the population is maintained by the fact that people are not curious, they believe what they are told without checking by themselves. Except for a few poets and other lovers, no one looks at the sky, there is nothing theoretically going on and when it’s sunny, when spreading is usually done, looking at the sky long enough hurts the eyes. It is also maintained by the fact that chemtrails are white, color symbol of cleanliness, purity and innocence. Imagine the scandal if the sky was furrowed with green, red streaks … like those next ? 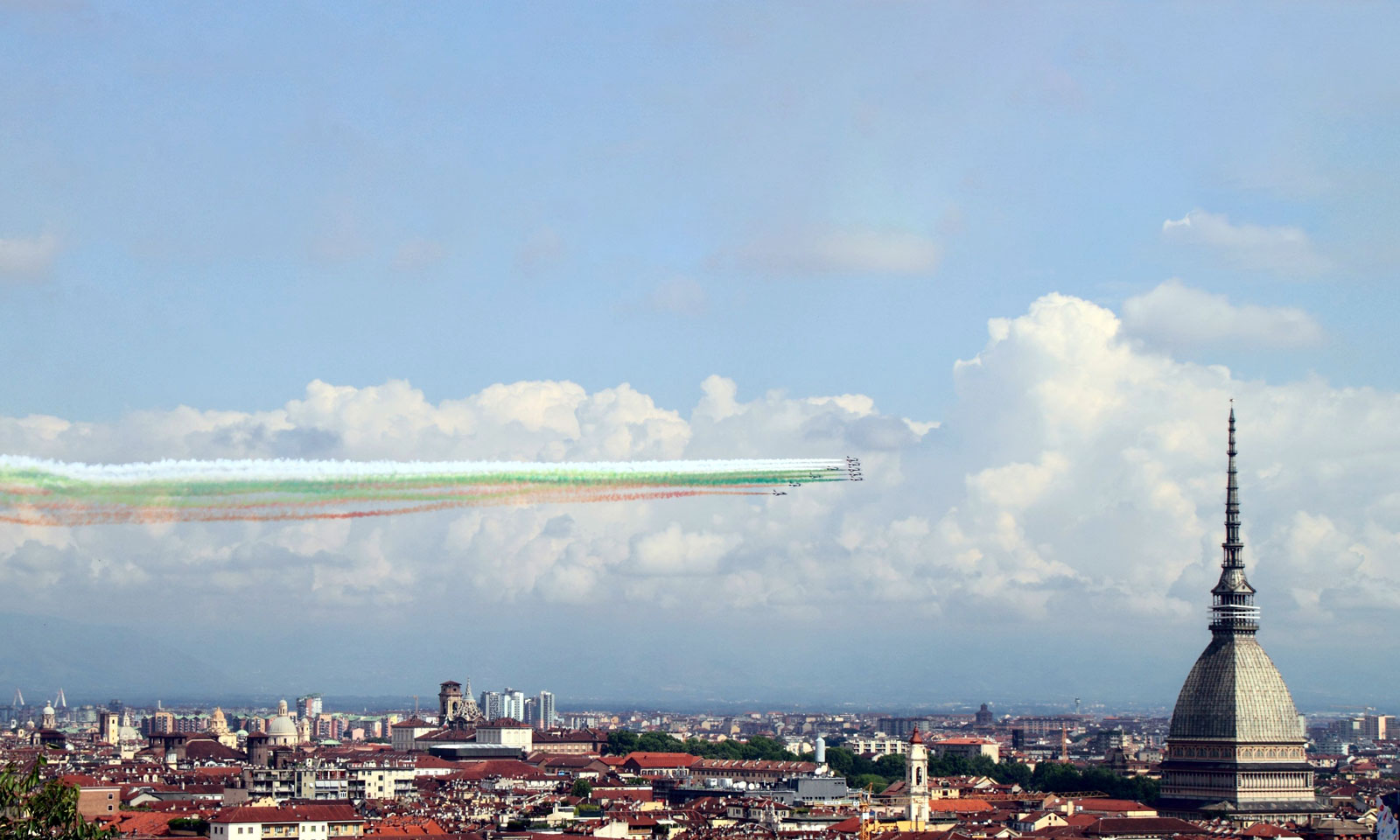 Finally, the ignorance and indifference of the population has been cleverly reinforced by the global campaign of misinformation, deception and brainwashing organized by governments that has nothing to envy to the USSR in the 60s / 70s. or has a dictatorship and that is to use all possible media to show images of chemtrails. The goal is to embed you in the brain that the presence of streaks in the sky is something normal and usual.

There was even an amateur research program mounted by a researcher hostile to the reality of chemtrails. His name is Ken Caldeira, a research scientist in the Ecology Department at Carnegie Institution for Science (USA). Not approved by an institution, this private research program does not offer the required scientific guarantees. Yet he needed funding. Who paid? Ken Caldeira, on his own funds? Alone as a great, Ken Caldeira still managed to gather 77 researchers. We imagine that he took care to choose those who were already favorable to his ideas. Of course, after studies, they concluded … that the results were inconclusive! They all abounded in this sense: chemtrails can not be proven. All but one, who reported “high levels of barium in the atmosphere in remote areas with low levels of barium in the soil”. (source)  An honest researcher out of 77 … what a wonderful world  …

Of course, I can not quote all the articles and all the TV or radio shows that are screaming with the American wolves. It is enough that I give you the link of the article that Wikipedia devoted to this phenomenon however indisputable: click here. This encyclopedia has decided once and for all to talk about alternative theories only to drag them into the mud, and systematically ignore the whistleblowers, ridiculing them as much as possible. I find it particularly shameful to use the positive image that this institution conveys among the population to support calembredaines and lies that do not give a good image of science, research and advanced knowledge. Shame on her, shame on them.

Unfortunately, we can not do without Wikipedia, wobbly as it is. It must therefore be borne in mind that in many fields, Wikipedia is a compass that indicates the south. Knowing that, Wikipedia remains useful even in its lies. 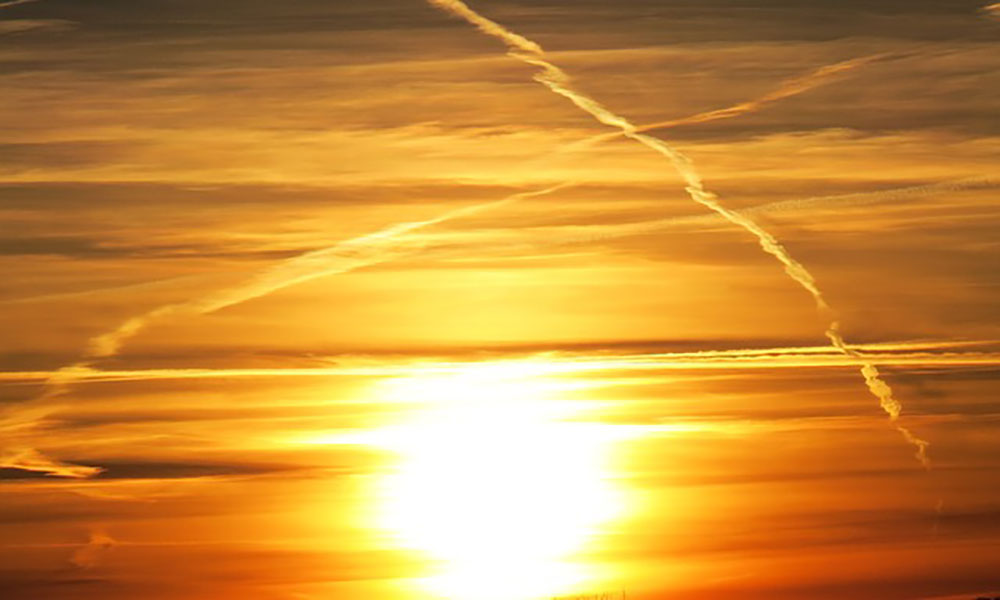 Case Orange (source) is the name of a scientific report, developed by a team of ‘experts’ (internal), who felt it is time to reveal to the public the real facts about these contrails of aircraft that we named ‘chemtrails’. The identity of the authors is not disclosed, but all data can be controlled via footnotes and all statements are supported by detailed appendices. This report proves essentially and without denying possible that spreading is actually carried out all over the world, for many years and put into action by the United States. Case Orange was presented at the International Symposium in Ghent, organized by the Belfort Group on May 29, 2010.  The document includes a basic text of 70 pages and 230 pages of annexes.

Unlike so-called scientific programs aimed at denying and / or ridiculing the chemtrail theory, Case Orange must hide the identity of the scientists who participated, in order to preserve their careers and / or their health. We are dealing with whistleblowers, and not wacky in search of buzz: the proof, they will remain anonymous, while the overwhelming conclusion of their work spread along 300 well-documented pages. (video) When, I ask you, when will the American wolves stop paying for our mouths? The day we stop being gullible sheep, but it’s not tomorrow the day before.

Whether they recognize them or denounce them, all these texts provide indisputable proof of the reality of chemtrails, these chemical cowards that I denounce for ten years, ten long years during which NASA has denied shamelessly, while the The press at the command of the dominant thought was treating my fight comrades and myself as sectarian obsessed with conspiracy. Obsessed !! But finally, it’s dawning, waiting to burst our lungs. The plot becomes more visible every day, and I would be surprised if these obscure shenanigans work out for our good. It is more important than ever to stay the course, to doubt everything, to take nothing for granted without having tested it, to refuse everything that belongs to the old world’s sharks, starting with the industrial food. Open your 3rd eye, see the fairies, rust the profiteers of war,we are in war and above all, outlaw the law of the strongest. Who is always the worst!

There are two histories: the official history, lying ; then the secret history, where are the true causes of events.