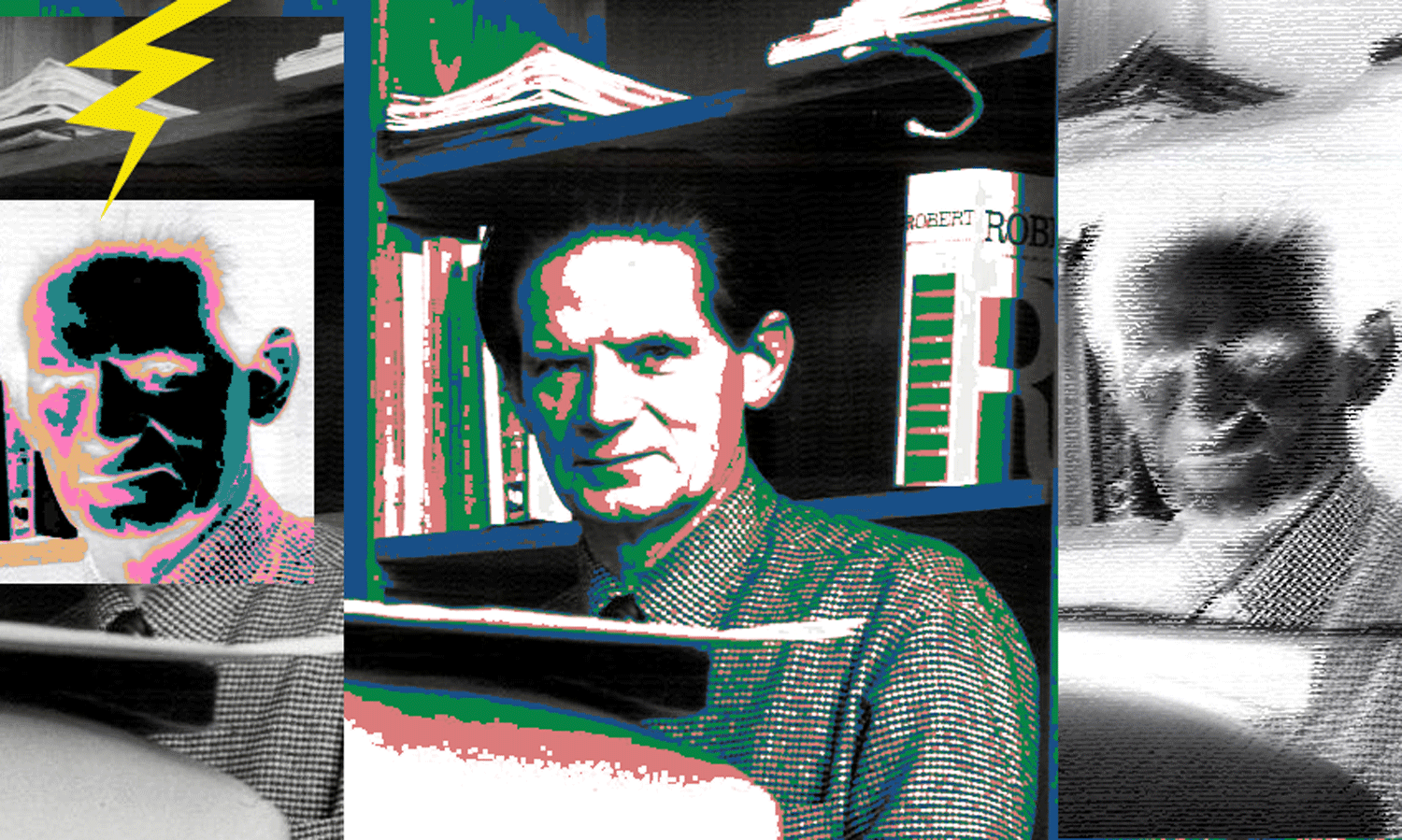 Praising irrespect? The cause is not as shocking as it looks. It is neither rudeness nor lack of courtesy. I’m talking about old beliefs that one takes for science. It is the excess of respect that keeps the old mistakes. The questioning of theories as assumptions is essential, and not only in science.

These pseudo-sciences and mistaken beliefs are all around us. They say the sun is setting, but not at all, it’s the Earth that turns! We say that we take our time, without knowing that it is the time that is taking us. We send the children to school, while they are the ones who have to teach us. Why put the old folks in dormitories, when they deserve the total respect we give to first class morons?

Now the excess of obscurantism is especially shocking in the human sciences. The more human they are, the more inhuman they look. Take, for example, let’s talk about prehistory. Since the time we are told how our first ancestors started in caves barely dressed in an auroch skin loincloth! In the middle of the ice age? Bullshit, shortsightedness, crap and confusion.

Agreed, some of our ancestors went to caves, to perform musical trances and to paint Sistine chapels. One wonders how they made such masterpieces in these dark caves without lighting? No trace of soot on the walls, so they did not use torch, oil lamp, candle, or anything that burns. So how did they light up, these so-called primitives? No archaeologist has an opinion on this. No prehistorian either.

Other ancestors took refuge in caves and undergrounds to protect themselves. Which doesn’t imply that they were going bare ass.

The prejudice combined with the silliness leads to bloody dead ends. According to our elites, they are necessary to preserve as much as possible the stupid vision of an ape-like past, thank you Darwin. Until society is ready to hear the truth, we will continue to be rocked with stakes like stakes of lies. For our good, they say.

Or to maintain a high level of ignorance, a guarantee of social peace which allows the rich to get richer. Everything you don’t know protects those who do. Do they have an interest in sharing their secrets? Do they? Yes, we hear them shouting enough that education is a priority, that the lights of knowledge must be spread everywhere. But what knowledge? Theirs, disguised with errors? Or each his own, as it should be on a free planet?

A few years ago, I told you about the Altamira affair. Above all, it highlights the bias and the sufficiency of its main protagonist, prehistorian André Leroi-Gourhan, whom gossips called Le roi de la gourancethe king of error. His rantings are based on facts, he says, but his assumptions seemed to be based on nothing but bad faith.

That’s why he was choosen to illustrate my point. He is the title image. Not as a sign of respect, but as a designated target of citizen disrespect. Yes, faced with the lies of history and prehistory – even more false – the attitude of disrespect towards dusty dogmas is salutary, civic, devoted, charitable, human and let’s say it, divine!

We don’t have the slightest idea of ​​the route that brought our species where it is. I’m talking about the real journey. The textbook version is an idiot trap. Nothing true in this mess. Everything is wobbly, biased, truncated. The real causes disappear behind smokescreens. The guiding principle is hidden under the folds of the carpet. The bigger, the better.

Believing in official history is taking the word of criminals. (Simone Weil)

When our kids learn bullshit at school, no surprise if they curse history, their life and school!! It is a normal and healthy attitude of theirs. Shake up, shake the old curtains, shake it babe. Wash up, wash up, those damn tiles that we finally see clear. We must apply the remover of doubt to all human constructions, whether they are of stones or ideas.

Look for the structure in everything, the master plan, the creative breath, the vital impetus … To immediately forget it. The solution is not mental. Celebrate the end of thought. With your head empty, your holy body, act in all humility.

Goodbye to considerable considerations, goodbye archaeo-delirium, paleo-quantism, the devil and his hell, goodbye to the mind, goodbye to the ego which cuts in four the silkiest hair, hello virid strength, be welcome from the heart

The virid emerald and the clear diamond
Like a courtesan to her last companion,
who burst cock first in cosmic vagina
To be reborn and recognize Ana
Pure female king
Unique being 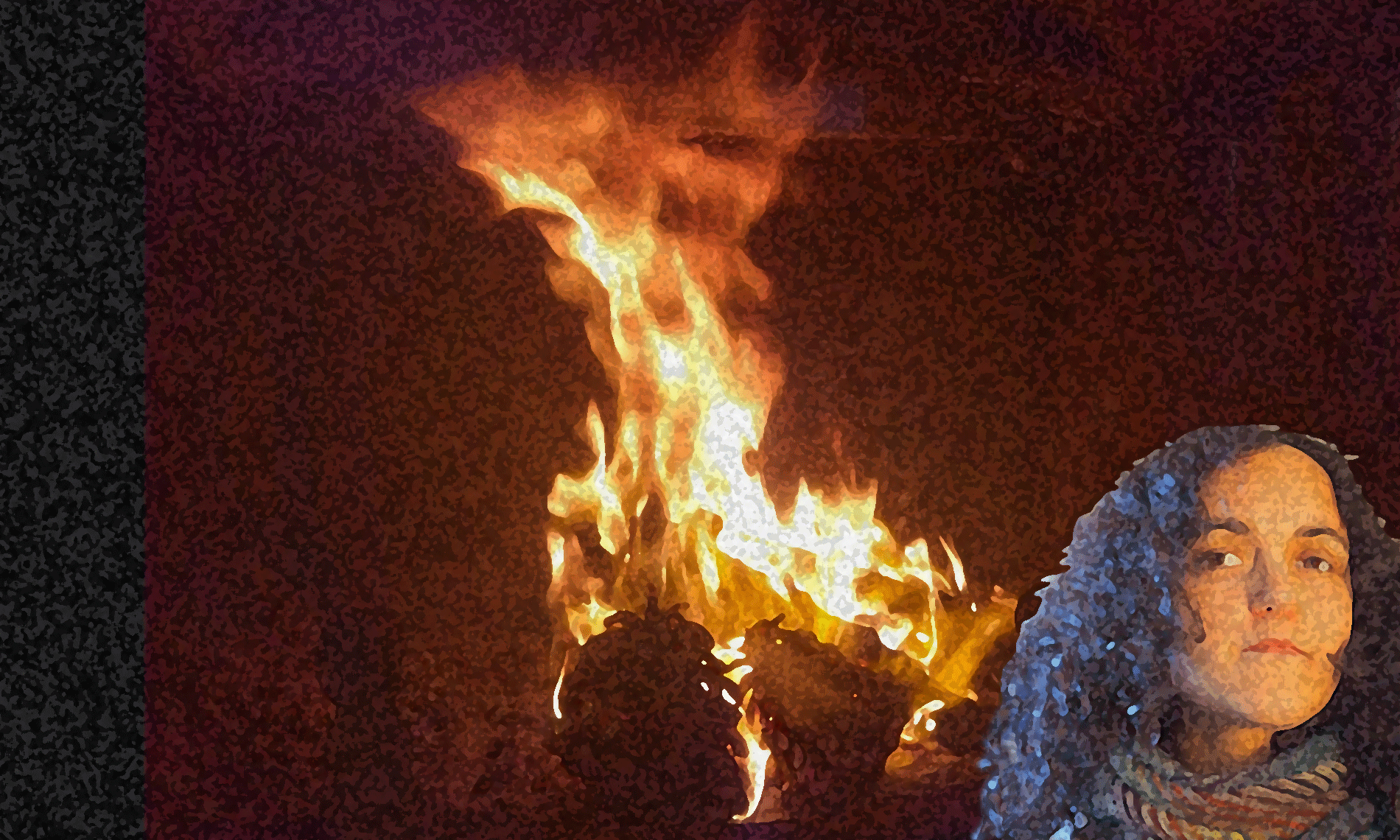 You are magnificent, queen of the world, splendor of the West, pearl between the lips, sublime ardor to love, superb smell of love. Enter the anima without leaving the animus. Anima your spirit, animus your heart. Anima your soul, animus your courage. The Romans knew we got two persons inside. They just forgot one, the physical body. Yet they worshiped the body by all means. But the Tarpeian Rock is close to the Capitol. First they worship you, then they curse you. The Hangover 1, 2 and 3!!!

It’s not just the story that sucks my sting. All the so-called human sciences deserve a good review. When we want to restore an old car, we start by disassembling everything, the body, the chassis, the engine and the gearbox, piece by piece, the dashboard, we sort the bolts, the fittings, we check the hoses, the electrical system, the settings, the ignition, the braking, the clutch, the pressure, the suspension, we change what is worn or what needs to be improved. And when we put it all together, it’s gone again for ten years.

In the human sciences you would never do such a thing. We’ve been adding patches to smooth tires for years. That we repaint on the rust. Two good centuries that we hack, tamper, scheming, squashing. And we don’t give a damn.

The collection of nonsense and T.O.C. of a handful of senile caciques take themselves for the ultimate method. Ultimately, these aberrant manias become a scientific protocol. They are soon the Law which sparkles in the firmament of Reason. Time passes, which confirms their prestige. The aberrant process is a holy commandment. The students hasten to follow the detours of their masters. If the sciences are human, so is error.

So I say: long live disrespect. Let us never be afraid to question anything that seems absurd to us. In archeology, geology, paleontology, prehistory and elsewhere, creases are caught in no time, endorsed, validated in the moment. If you don’t open your third eye wide, you will only see white. I am addressing the students. It is time to stop this crazy process that cannot work. An accumulation of errors has no chance of making a successful theory.

Morality is another area where no dispute is allowed. Contemporary morality works only through prohibitions. Subjects are declared taboo, yesterday innocuous behaviors are doomed to complaining, which can not but, the poor, since the time that we dedicate heaps of things out of age and use to them, they have the feeling to be the pee ladies of a huge spatio-temporal dump.

As a Gemini, I sympathize. Gemini, moaning, some kind of cousin or something. I am overweight for them. Uh I mean empathy, I have empathy. Note that I am also overweight but that has nothing to do with it. Finally I imagine not. Castaneda has a belly. Devic has a belly. Flornoy has a belly.

This crafty said that a round belly is assertiveness. Personnal power. The wide opening of the centrechakra of the belly. He showed me the Chinese Buddhas, all pregnant with a good six months, and winked, the cunning! A way to say if Bouddha has a belly, why shouldn’t Flornoy? Studying with the Jesuits is a thing that leaves traces.

To Flornoy, disrespect was second nature. An infallible sign told him if he was in a sacred place: a sudden and violent urge to pee. The more violent the urge, the more powerful the place. He then had to relieve his bladder at the foot of the megalith. As I was shocked at such a lack of respect, he used to laugh at me – this jerky laugh could last an afternoon.

The situation was even more embarrassing when it came to a Roman crypt. With Flornoy, you had to throw away your modesty and forget your fear. Minor error, or strategic blunder. The 90s were licentious. The absence of modesty makes exhibitor and the absence of fear makes reckless. As excessive as I, Flornoy rubbed shoulders with both vices. We were 40, the world was our age, forty years old and going strong. I guess we did our best. 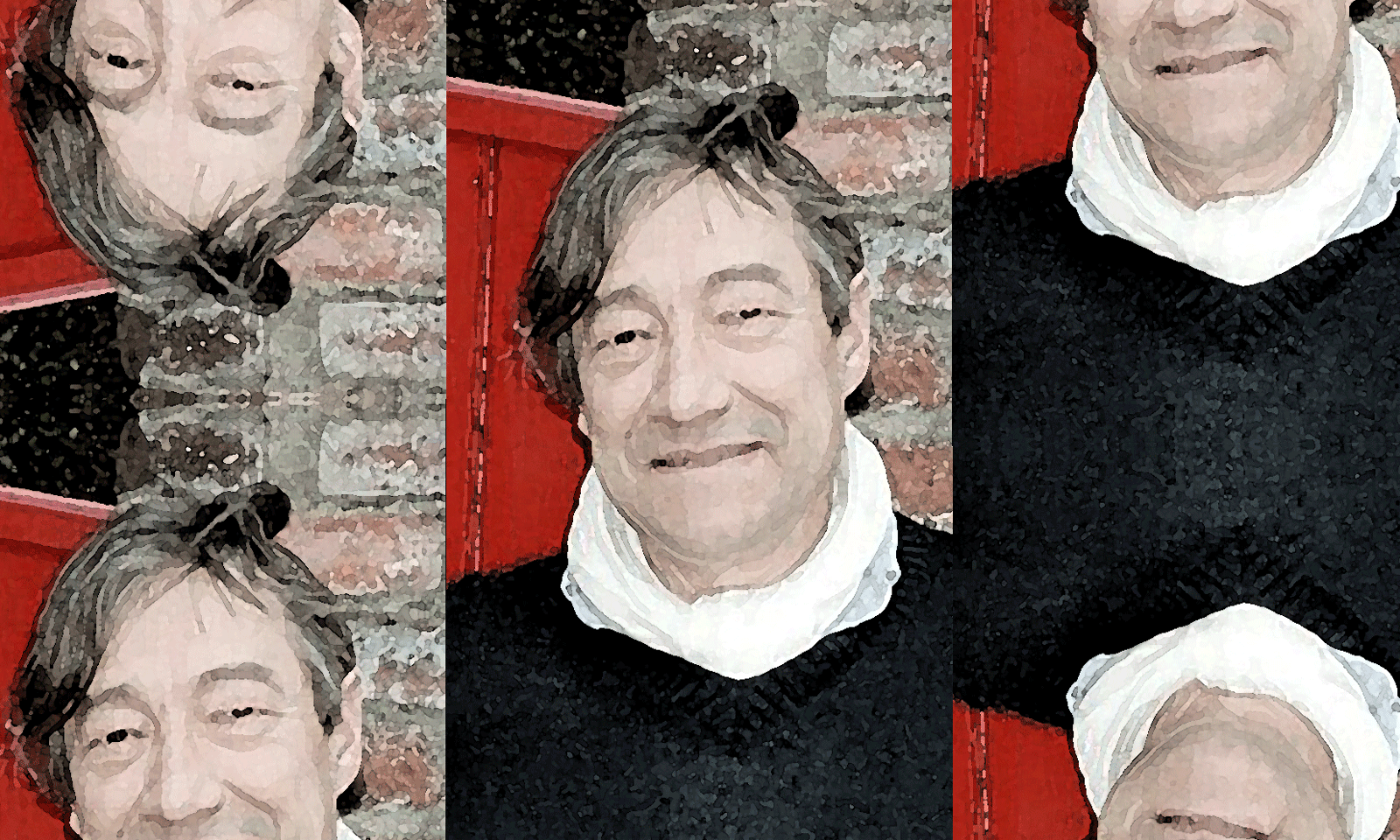 I was taught to imitate Jesus Christ. Once I did like him, I observed the little ones. It is sweet to listen to them, especially those who are not yet speaking. Babies’ babble has wonders to tell us. Mine spoke Elvish.Like Elvish Preshley

The young child accepts the world in which he is embodied with great ease. Its adaptability is maximum. It will decrease throughout its life, ending up close to zero when the baby reaches my age. Yep, I’m an old baby, in case anybody doubts it.

Impossible to portray the world. It is infinitely more than its definition whatever it is. The distance between the word and the thing is infinite. They belong to two different universes that will never meet. The path of knowledge leads the warrior to give up words in order to understand things in their essence.

Look at the little child. See the sparkle in his gaze when he puts it on everything. See the mobility of his features, changing as quickly as his volatile mood. The lesson of being is his best gift. Impeccable warrior, he dances his life, he burns and lights us up, the whole world is set ablaze to the rhythm of his dance. I envy the desire for life of this living lover. He will see a world I can only imagine.