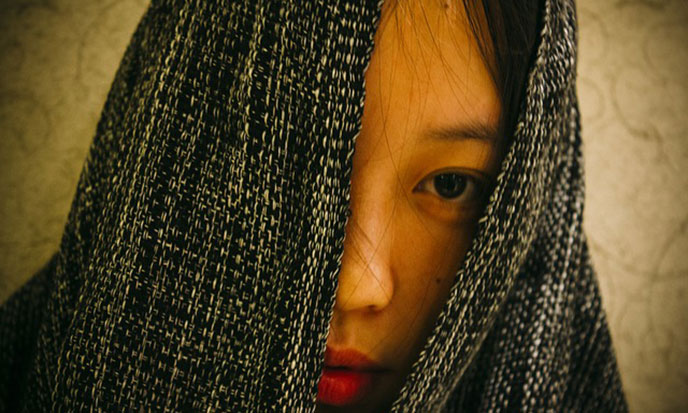 Everything I say on this site is amazing. Yet I ask you to believe it and accept my hypotheses as possible, even probable. This is the whole paradox that I am exposing here. You have to believe in it, otherwise you won’t get anything out of it. But without believing in it, otherwise we become nuts or we take ourselves for God.

To believe everything, we are dying of his naivety. Believe nothing, you die of your stupidity. The holy exercise of doubt is accomplished every moment, every day of life. And every night, too. Primitive man knows what doubt is, and what belief means. If faith is essential, doubt is just as important. Shamans and Buddha comment this vital paradox.

Buddha came one winter evening at Stef Kervor who wanted his opinion on the mores of the time and the future of humanity.
– Let’s move, said Buddha.

Kervor immediately stood up to close the parenthesis.

Don’t believe what comes from your own imagination, taking it for a Superior Power’s revealing. Don’t believe anything founded on the only authority of your masters and priests. What you really feel by yourself, what you experienced and saw that is true, what is profitable for you and the others, in this, believe and adapt your acts.”  (Sakyamuni Gautama Buddha)

Don’t believe anything, and certainly not what I just said. (Bouddha)

Please note the similarities with this famous Lennon song :

On a somewhat different way from that of the Buddhists, the shamans heirs of the primary people know the price of doubt and the weight of belief. They sail in impossible worlds where travels are inner, absolute. The slightest mistake can kill the unwise guy.

“To believe without believing” is Juan Matus’ motto, defined as the first rule of warrior: the perfect balance between two opposite poles, the art of reconciling the irreconciliable … i.e. our brain’s hemispheres. That is the ability and the authority a warrior needs to force a blocked door open and cut his way through a jungle of lies.

Both life and death, yes and no, open and closed, control and break. If the Warrior’s Rule only had one item, it would be this one. To believe without believing. And mountains move back. It is not a half of you that believe while the other half doesn’t. It is the whole of you, including your three levels of being the complete you that believe and not.

A Key to Ubiquity

Such idea is quite difficult to understand with our left brain, the reasoning hemispher. In this case, we better use our brain’s right hemisphere, dedicated to intuition, imagination, unthinkable world. Next to the abyss, you step into controlled madness. Controlled madness is the expression of Castaneda and the wizards of the nagual to designate this non-thought. The brain is empty of words, ideas and images. The brain is just a computer. He is also blind, so stubborn, so stupid. Artificial intelligence is still far from the intuition of organic beings. In humans, a cap covers the brain: the neo-cortex. It has the shape of an inverted satellite dish. It is an antenna that receives the flashes of the aura.In the language of Castaneda, the right hemisphere is called the left side (of the body). Keeping in mind that brain and body are opposite side, the expression of Castaneda is bloody right. Let’s say the left side like he does.

Everything we hear is an opinion, not a fact. Everything we see is a perspective, not the truth. (Marcus Aurelius)

About controlled madness, Castaneda used this expression to define what he described thinking without thoughts, he undertitled “a somersault in the Unknown”. Celtic Druids and Merlinlike wizards would better say “mad thinking” -suc is named a hamlet in Dark Forest. Madness of the wisemen, wisdom of the madmen, said the Sufi master Idries Shah.

The Fall of King Cogito

Controlled madness, that’s how Castaneda called this thinking without thought : a somersault into the Unknown. Empty your head, not a word, not a thought, not an image. Neocortex is an antenna that receives flashes from Upper Light. Conscience is localized in corpus callosum, a bundle of wires connecting brain’s hemispheres. It is a vertiginous balance, the skill to stand over Bosphore with a foot in Asia and the other in Europe.

Sorry for Descartes, now his “I-think” becomes “it-thinks,” like “it rains”.

Hearing that, poor old René Descartes collapsed and fall on the floor. Don’t pay attention, I know the guy, he always has to draw attention on him. The trick is to stay in the no-think-land between the two brains.

It takes a mind discipline that Asiatic people cultivate through meditation. The wildness, or a quiet country side instead, or a single tree if not, will help a lot. So did the druids, and they called it “mad thinking”. In the Broceliande Forest, not far from Barenton Fountain, a hamlet is called Mad Thinking. With the very high level of vril energy that is felt there, you can understand that it drove all inhabitants a bit crazy. No joke, Mad Thinking was the usual way for celtic druids and enchanters like Merlin. It is the madness of wise men told by Idries Shah. “Madness of the wise, wisdom of the mad.” A state near trance, near to unconsciouss, a state of mind that sighted and sensitive persons call alpha wave, or just alpha.

Philosophers refer to it as the Middle Way. To discuss this issue with non-mental rational discourse, I encounter the wall of fog: the words kill the alpha because it is ineffable.

Believe, because faith moves mountains. Without believing, because naivety is an unforgivable sin in this predatory universe. Believe, because the use of our divine powers is at this price. Without faith, no god; god is you, if you believe it. Without believing, because if you’re naive enough to take you to god, duck, you sucker. Believe, yes, but believe it: that is the challenge. You have everything to be God, this is your destiny, but above all, do not blame him. The ego is an obstacle to enlightenment.

There was a forgotten cult, contemporary Zoroastrians, but shoreline of the Mediterranean, the verismo or followers of Truth. This sect is the origin of the expression: “All truth is good to say.” At first, each and everyone said well, that’s my idea. But looking a little more closely, you will notice that the case is a little too quickly shipped. Certainly the sentence is not unreasonable in terms of logic and democracy is even indisputable – and besides it is time that we tell the naked truth about aliens but that’s a another story.

Indisputable in theory, it is also in terms of real life? “All truth is good to say” yes, it’s true, but when? and or ? and to whom? The proof that torture to which he gives the names of its network, the dying child who does not know he lost his parents in a car accident, the unknown face to the medium who sees his death above it – and who will live perhaps the only condition that the medium is silent – in all these cases and in other billion truth is not good to say.

Besides, what truth? “To each his own truth,” said Pirandello. “At every moment,” I add.

Yes, but what is true for you may be wrong for another. We do not all have the same route or the same degree of progress. The useful to one is detrimental to the other and vice versa. So if the Truth itself loses its absolute character, what to believe? Whatever. Rely on you. You can rely on Allah, or Yahweh Elijah. You can trust to Wakan Tanka, in Kwai-Long or Quetzalcoatl. You can believe who you want, the important thing is to believe.

Believe … always with the doubt!

Faith makes man said Lao Surlam. Only saving faith, the saying goes. To believe is to ensure his salvation. For many beings who do not wish to address some disturbing questions, faith is a shield, support, encouragement every second. Should we tell all these beings of light that they are wrong in the name of some greater truth which they understand probably nothing if it is explained to them?

What truth ? Who decides what is true and what is not? That tells us where to go? Christian, believer, priest and philosopher, Durandeau carries a sincere testimony and just on this serious question: “I’m pretty sure God is there I suspect its presence But no discourse on God is satisfactory, religious lines are still.. suspicious and critical of Marx as Freud are based. If everything falls apart, how to live? Submitted to a coherent critique my first security will conduct myself according to my conscience.