Like most descendants of the Atlanteans, the Britons have never ceased to shoe. In traditional musical trances they call Fest Noz, the squealing bagpipes and nasal bombards replace Aborigines didgeridoo or jalopy of babas cool.

And there they dance, young and old, moving their asses, slapping their soles on the ground, flying in alpha through galaxies, riding comets like they always did, and that’s just fine. Nothing in the world can drive a true Breton to renounce a Fest Noz. Alas mead is not what it has been, so the Britons get drunk with cider. Or any strong Britanny beer. Sad as alcohol without venom … Their ancestors were willing to brave death by poisoning for the sole purpose of having a vision, or to know enlightenment.

The Celts were Armor until Auvergne in large convoys of bullock carts. Before Roman roads solidly built of stone slabs, large gravelled roads of gravel already plying the provinces. From Brittany to Auvergne, the journey lasted several weeks, sometimes months whether to rebuild a bridge. The son of Armor down their powerful Arvernes mead, that would put them in exchange a living treasure. Asterix as we always showed the dealings are always concluded by force feasting helpful with jubilant, with intake and stuff who competed in only one goal substances: hover among birds even higher, higher and higher .

What did not kill them made them stronger. The Gauls were not afraid of anything. What did they bring back from Auvergne, as a living treasure, barely sobered, to the distant Breton peninsula? Arranged tight on peat bed, chariots were heavy with fly agaric mushrooms – Amanita muscaria species. 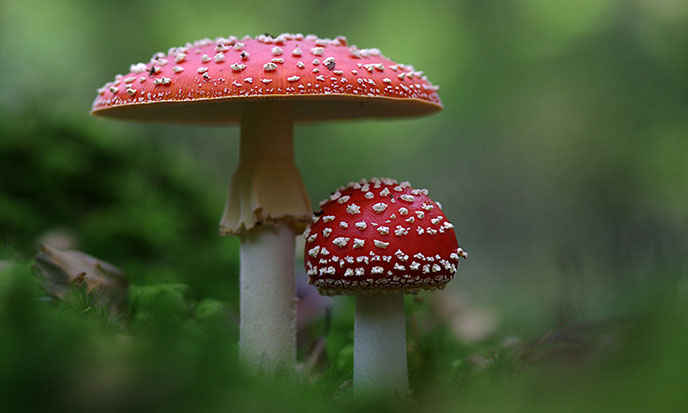 The fly agaric, you know, the mushroom of the Smurfs, a pretty red hat with white dots. The inverse of that of Tintin on his mysterious island. This pretty mushroom looks really cute, just funny with her pretty hat. Beware! It is mortal. Do not even taste it. Danger. Do not let your children touch it. Our ancestors were using these Amanita under the direction and control of a druid, who had antidotes against poison. They are lost today.

Poison Control Center: only solution if swallowed. After some preparation we do not know who made these mushrooms less dangerous,at least I hope that druid had participants ingest some white dots that decorate the hat.  Then they each drank a cup of mead, and trance began. This ritual took place in a covered area – in a cave, under a long barrow or in a wooden temple dedicated to this purpose. In any case, never outdoors, you will see why.

A small half hour after ingestion of Amanita the brave felt increasingly light, some of them began to fly, and poof ! found themselves glued to the ceiling. It seemed that the absorption of this potion annihilated gravity. Thus it was not taken outdoor. I myself was witness to a similar scene in the dolmen La Roche aux Fees, Ille-et -Villaine. I swear that I had not absorbed any legal or illegal narcotic substance. The power of some sacred places allows me to travel on the timeline.

Time is an onion which secret I found out.  A living spiral that takes its lovers in its endless orb. Some call it astral travel. Astral traval is such a mess: a thousand different experiences are decked out in this label. In astral, there is no time: everything is immediate. Which consequently reduces space to a dream, a mist quickly cleared from the surface of the bright inner world. 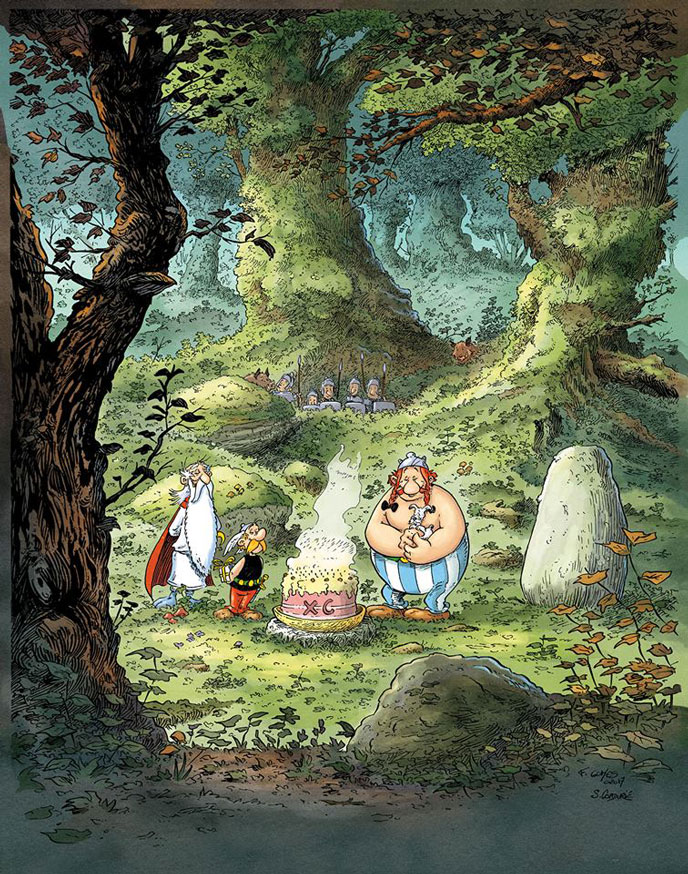