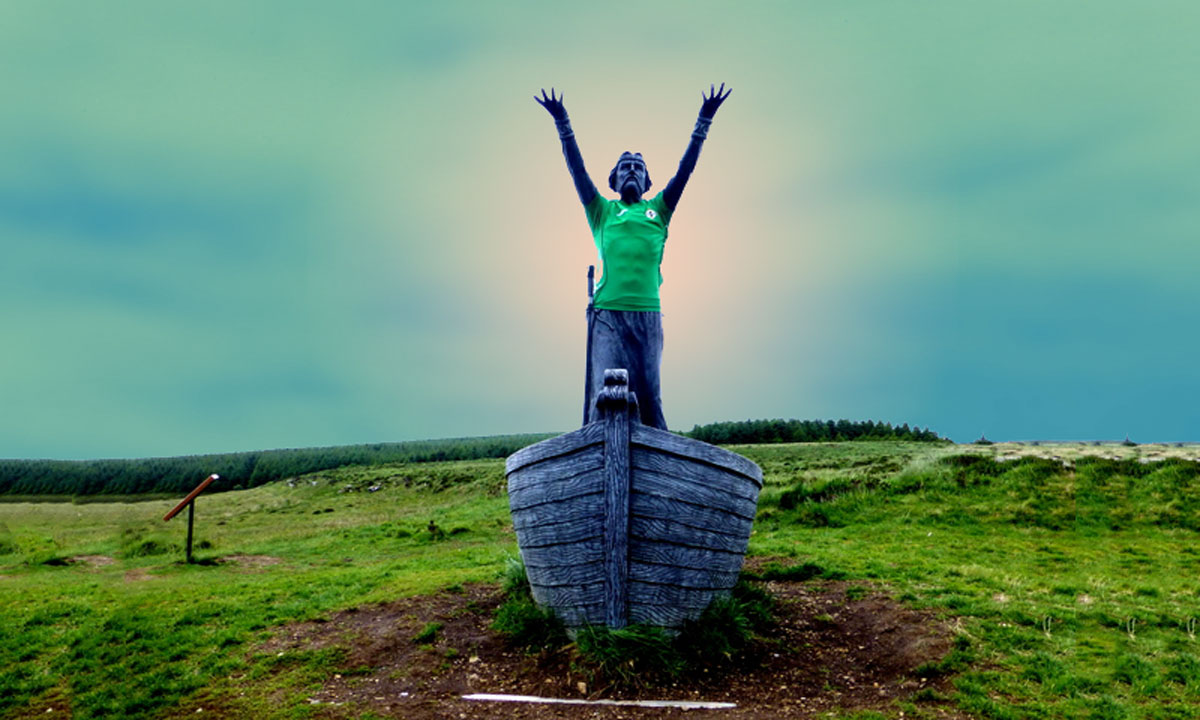 In Irish Celtic mythology, Manannan Mac Lir (literally the Mannish Son of the Ocean), is the sovereign warrior-god of the other Celtic World, the Sidh or Sidhe. The legends of the Isle of Man in the Irish Sea claim that Manannan was the first sovereign of the island. Have we seen a Danaann Tuatha reign over humans? Or does this legend allude to the times before humans came to the island?

If the Mannois is said to be the son of the Ocean, I tend to think that he came out one fine day. Thus, on the other side of the Atlantic Ocean, the divine Tiki Viracocha came out of Lake Titicaca. What do you mean ? In diving gear with flippers and a snorkel? I do not think so, no. They came out of the mouth of an iron monster, like Jonah came out of the gaping mouth of a giant fish.

Once again, the use of technology removes the obscurity of a myth and makes it transparent. Viracocha and Manannan are sons of the Ocean like Lugh, Apollo, the Incasee Tintin and the Temple of the Sun and others are named sons of the Sun. The Sun was the name they give to Hyperborea, which was ten times more brilliant thant the real sun, so small and so far away. The Sons of the Sun are all children of Hyperborea, the mother ship of the terraforming gods.

I have already mentioned Sidh in another article. When I wrote it, I was rather confused about the true nature of the Sidhe. The exegetes do not agree, as usual. It is the other world where men can live. Is it a world underground, as some believe? This thesis supports the myth of the hollow earth, which may well be a reality.

On this account, Manannan would be the Irish equivalent of Pluto or Hades, the master of the Greco-Latin Hells. In the Christian tradition, we continue to place hell in the center of the earth. Burn eternal flames where roast the damned.

No damned in ancient Hell, but simply the living room of the dead. They live a second life in a dark world, deprived of all contact with the world of the living, but a real world, provided with all the amenities and amenities found on the surface.

A world beneath our feet peopled by giants, unicorns, sphinxes and sphinges, saber-toothed tigers and large herbivores and other extraordinary beings presumed missing. The Western imagination gives a large place to this world of depths. Many novels, films or comics have fed him with their dreams. Is hollow earth a hollow dream? Not so sure. Reality is more mind-boggling than the wildest imaginations. 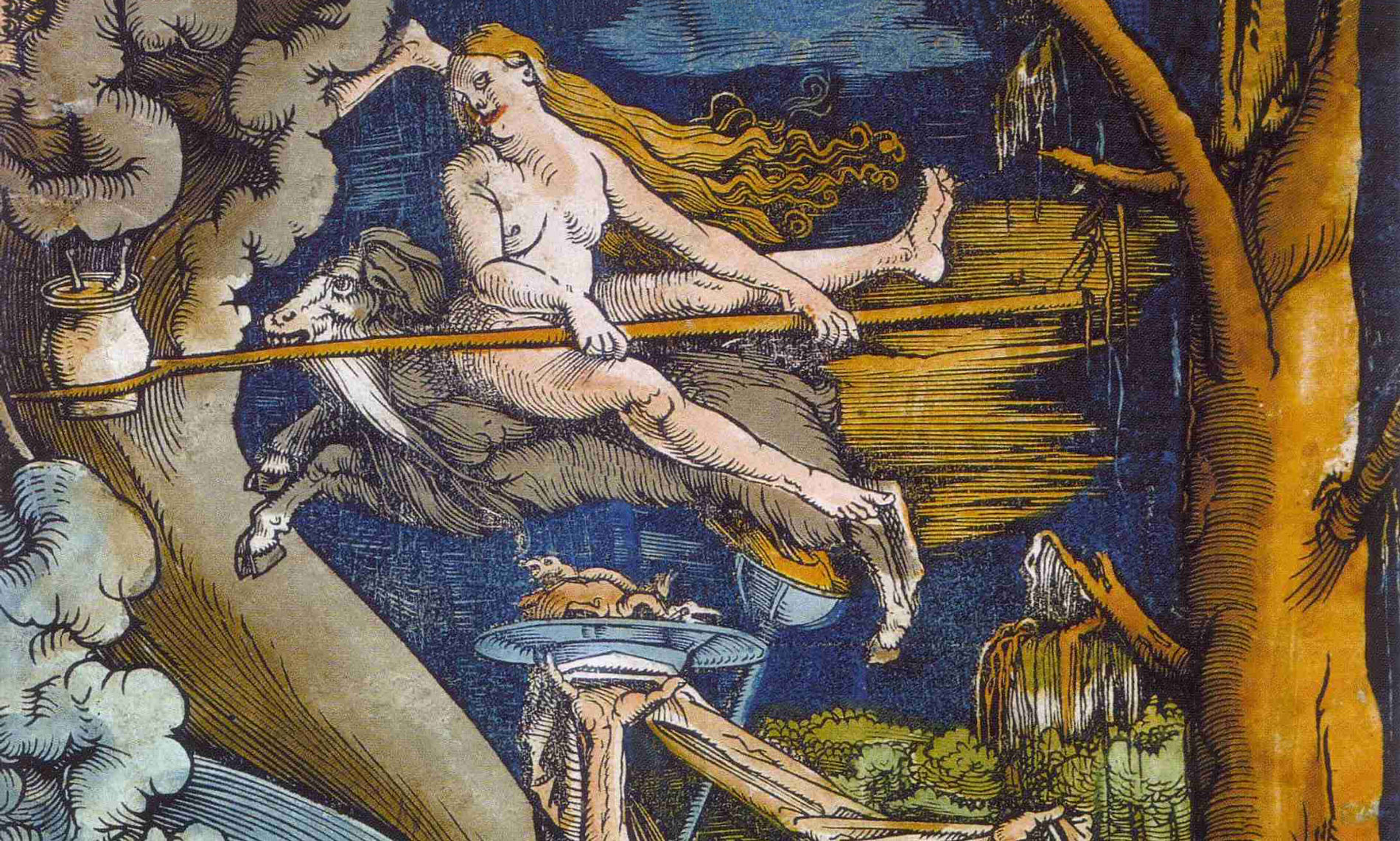 Another name for Hyperborea

It is not a question of imagination, but of myth. You know as I do that ancient myths are the founders of our different cultures. If artists, novelists or filmmakers have developed this theme, and if they have touched us, it is precisely because ancient myths have already portrayed it to us.

The myth of the Hollow Earth is found in many mythologies. Macuxi, the Inner Land of the Amazon Indians; Abzu, the underground world of Prince Enki; Agartha, a perfect world under the Himalayan range; the underground world of Cappadocia; the Crystal-Center imagined by Moebius and Jodorowski; Teutates, the people from below; the discovery of Admiral Byrd … and so many other legends that I may tell you someday.

In the meantime, here is another line of thought. The Sidhe is described as a different world, with a mild and fertile climate, which would be the place of origin of the Tuatha De Danann.

Who are these giants? We know they lived in Ireland before humans drove them out and took their place. Irish and Welsh legends say that the Tuatha De came from the Northern Four Islands. Not human, gigantic, from another world where they return as they please … Hyperboreans, therefore.

Hyperborea, the divine planet, the Sun of the Masters, is undoubtedly the Latin name of Sidhe.

The Feast of Immortality

Who is the manager and boss of Sidh? Manannan, precisely. Among its prerogatives, the divine Mannois appears as the master of immortality. He shares it with his divine guests whom he treats royally in his invisible palace. We will see later that this giant god has spells that make him invisible.

They are not really spells or magic formulas, it is a magic object, a cloak. A magic object, whose material nature brings us back to technology. All the gods before have one. The aegis of Athena, the lightning of Zeus, the vajra of Indra, the crowns of Osiris …

The Mannois god is not an underling. He has immense power, as we will see. Absolute power over all other gods. Manannan chairs the Feast of Immortality where the fabulous pigs are served to the guests, which give youth and longevity. Which amply shows that immortality is not the nature of these gods, but the result of treatment.

Only the ingestion of a certain substance allows immortals to remain so. But for lack of its cure of ragweed, mead, nectar, sarsaparilla or fabulous pig, the immortal falters and chuckles, poiscaille out of the fleet. This is the secret that Gilgamesh the Sumerian giant discovered when he visited the world of the gods. Their immortality is not natural, but cultivated.

Everything that lives is deadly. The gods are men like any other. They made us in their image. Men are demons like any other. What is above is like what is below. Yes, but what is in between? What is in the middle gets rid of. 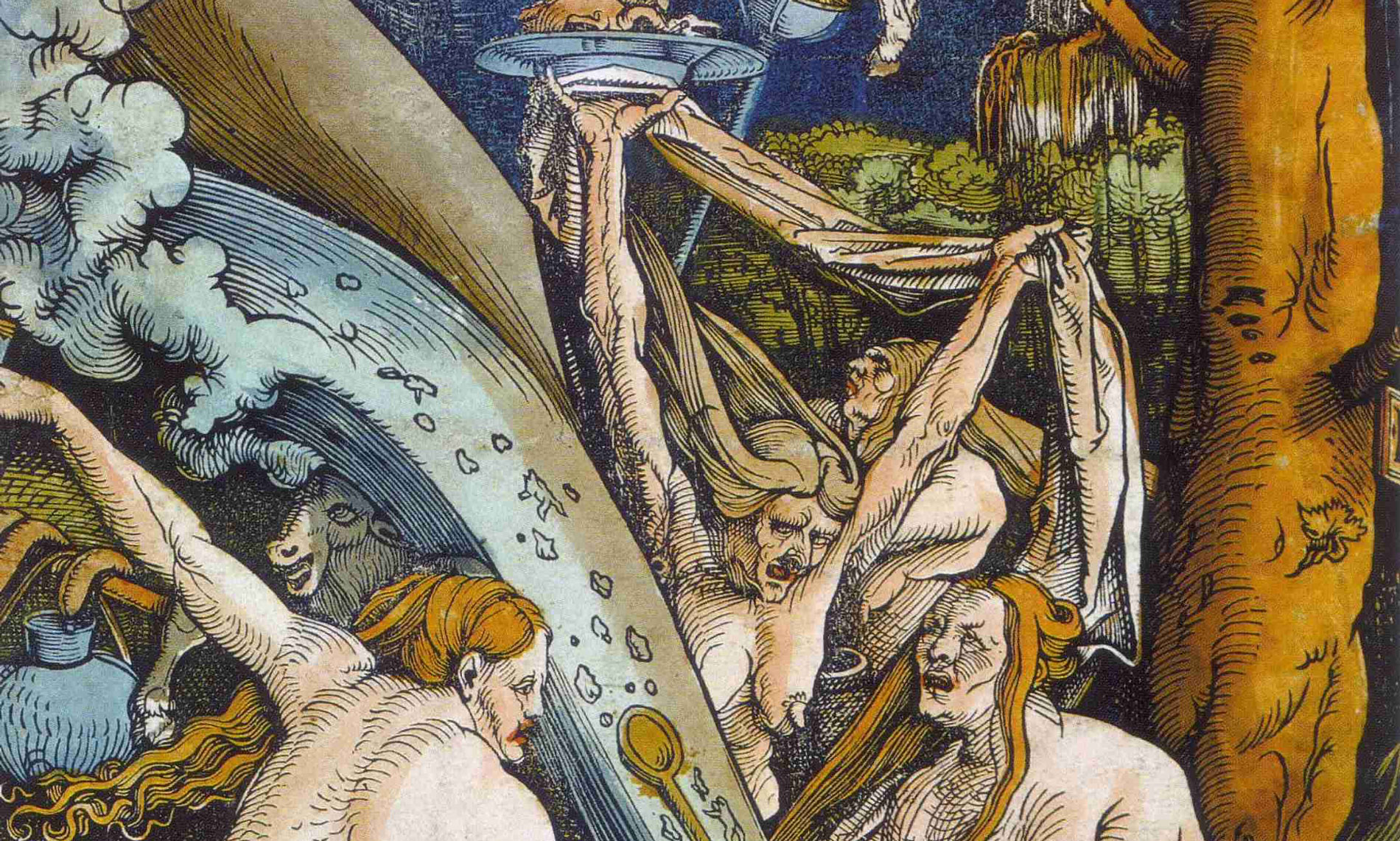 Manannan therefore had the right to life and death over the other gods. Whoever did not return to him was deprived of immortality. Sentenced to death for failing to taste the prodigious pork again. This is how certain religions have proscribed the fabulous pig of the regime of their faithful, for the reason that it is impure.

In truth, one might believe something else entirely. Their ancestors were banished from the feast of immortality and to hide their bitter disappointment they decreed the impurity of the brilliant pig. The fox in the fable reacts the same in front of ripe grapes at will, very appetizing, but inaccessible. After a few unfortunate attempts, the wily one gives up saying: They are too green and good for goujats.

Can what is good for some be poisonous for others? If you have read Asterix, you know that the Gauls and the Celts considered wild pork as sacred meat par excellence. The feasts of roasted wild boars that end each album remind us of it tirelessly. La Vieille Religion recommends eating pork, a tradition that remains alive in Brittany, champion of pork.

The Côtes d’Armor, stronghold of the butchering empire Olida and champion of the spreading slurry, will soon be renamed the Pork Ribs. A healthy mind in a pig.

This world is fucked up. And myself I don’t feel very well. 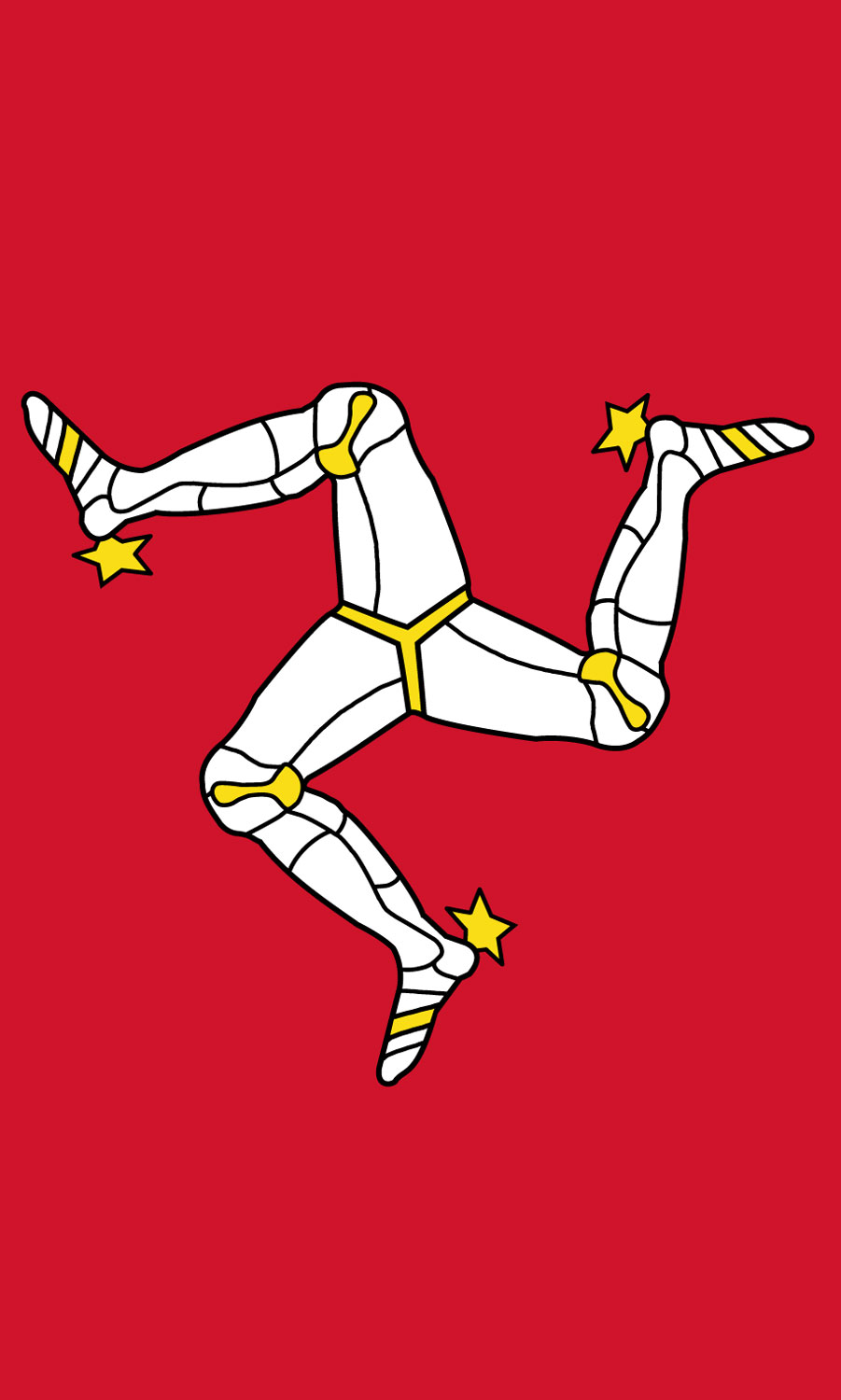 And the Isle of Man therefore means: Mother the Ancestor. I note that the Isle of Man flag represents the triskelion, three legged triskel. I had the opportunity to explain the symbolism and the mechanical reality of this symbol dear to the hearts of Bretons.

The Coat of  Forgetting

In the Ulster Cycle, Fand – Manannán’s wife – has an unfortunate relationship with the Irish warrior Cúchulainn. When Fand sees Emer coming towards her, Cúchulainn’s wife jealous like a tigress, escorted by a troop of armed women, she gives up on Cuchulainn, turns on her heels and returns to Manannán, her legitimate.
So the latter shakes his coat between Fand and Cúchulainn: at the moment, they don’t remember each other. It is therefore a cloak of oblivion that Manannán has in his possession. (source)

A coat of forgetting! I told you, I strongly suspect this coat to be a high-tech gadget, like the vajra, like the aegis, like lightning, like the pharaonic crowns. And yet … Yet I tell myself that it could very well be pure magic. This story will show it to you.

I was madly in love with a young lady endowed with multiple magical talents. This love lasted only a time. Years later, at the funeral of our common benefactor, when I saw my darling lady, I was very moved. She was too, as it seemed to me. How can we forget hours like those we have experienced?

However, I had great uncertainty. My lady-in-heart had left the wizarding clan to which we belonged. I wondered if she had kept her great familiarity with ordinary magic – even extraordinary. When I found her at random in this cemetery where we came to cry Jean-Claude Flornoy, I simply asked her.

She was standing before me, a few steps away, in a dark cape. I looked at her with love and tenderness. She returned my gaze. To answer my bizarre question, she just spread her right arm. In the space thus created between the body and his raised arm, his coat spread and then it disappeared. And I saw in its place … Incredible! I saw the infinite space with its slews of stars and colored lights.

I have great admiration and infinite tenderness for this woman whom I will probably never see again. Whatever ? I know it straddles comets. I am reassured. 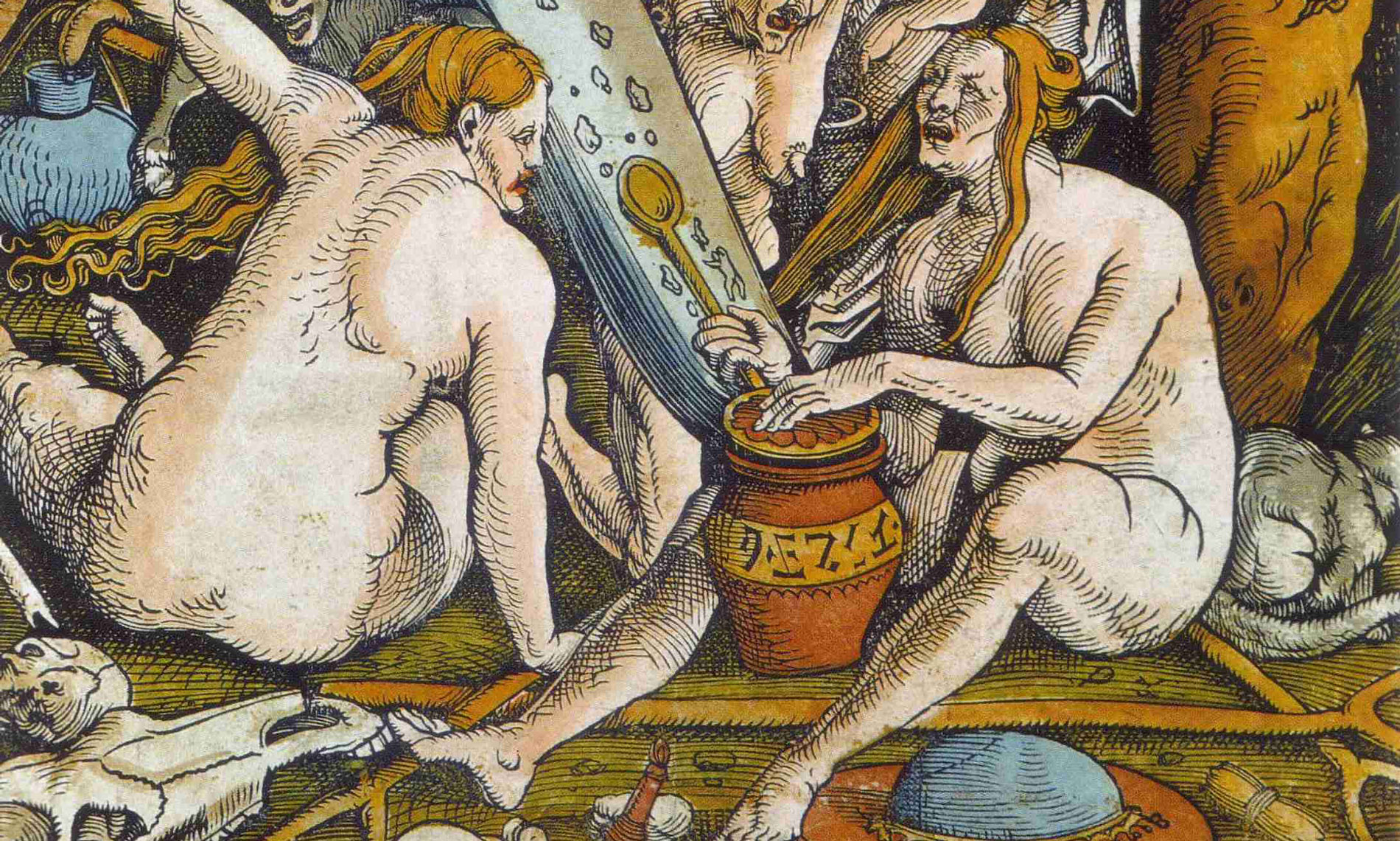 “Those who speak do not know, those who know do not speak”