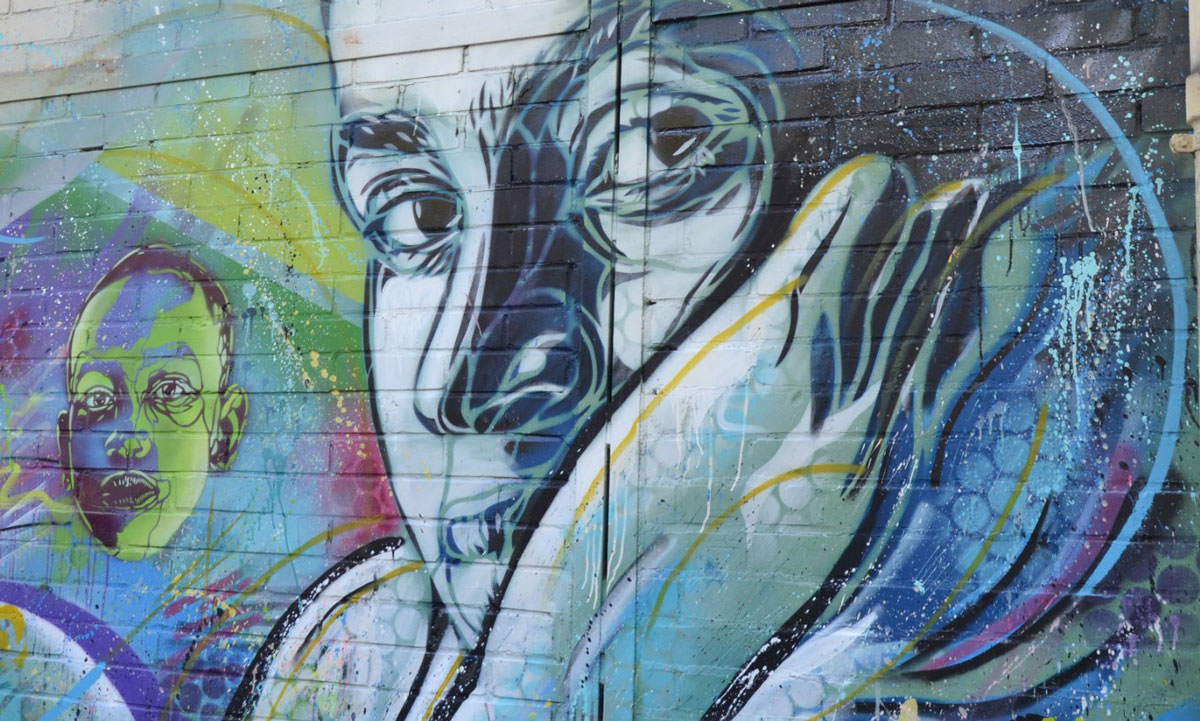 Being in alpha, is to maintain yourself on your “left side“, in the words of Castaneda. He means the left side of the body, which corresponds to the right hemisphere of the brain. To make clear, it is that place of consciousness where you begin to be high.

The familiar landmarks disappear, as ordinary reality, the visions begin. It is not stoned: no laxity is allowed from this point. Drugs are life in brackets, while the alpha wave shows us real life, the life of the gods, that we should live all the time because we are made for that. Only thing is always, at least since our birth, the company has manufactured an image of the world, very different from that of the alpha wave.

So naturally, when we get high, we feel guilty. Since this world is supposed to be a valley of tears, do we have the right to feel good? The alpha wave is a state of near trance, in which one can be conscious or not. During our sleep, every night, we go alpha. It is a physiological phases of sleep, a phase psychoactive, ie during which the mind itself is awake. The astral is the alpha unconscious, this virtually ignored activity that is happening every night. Brain activity produced waves ranging from 7.5 to 14 per second, on a band called Alpha waves.

This is the area of brain electrical activity concomitant with the sweet lethargy of fatigue, drowsiness and daydreaming. EEG studies have shown that alpha brain state is the state of the brain in the yogi in ecstasy brain that is the condition most conducive to artistic creation and develops or accentuates paranormal powers.

Nothing is more natural than the Alpha state, since it happens to all of us at least twice a day. Indeed, at some point prior to sleep, there is this intermediate zone of consciousness in which it becomes so easy to follow the mental images that arise when the inner eye. So is it in the morning when you wake up with the feeling of waking from a dream and that one wonders if one is awake. The alpha state can be obtained by autogenic relaxation, or self-made relaxation. (source)Pierre Clément, Hypnosis and Accelerated Learning  Most of the time, the alpha is unconscious, as in the case of Edgar Cayce. We go alpha when we sleep, and it has not the slightest recollection upon awakening. Dreams are but a distorted reflection of the alpha activity.

Only the sightsed remember, some sorcerers are even better: they control their dreams.  Conscious Alpha is the best of all. The most common experience to get into is the drugs. But there are many other ways to get in alpha: creation, meditation, wilderness, sweatlodge, medieval cathedral, sacred cavern, menhir or long barrow …

Drugs are useful only for stupid people, Juan Matus used to say. He was surely right, but alas! We are all stupid. That is why, young or old, everybody must get stoned. Refund or not, legal or not, no matter the drug, provided only that intoxication. It is useless to refuse evidence: this world we made is a sad world. Without magical horizon, we must release the pressure to avoid the big bang. In this world of speed and greed, drugs are inevitable. So carefully choose yours, and quickly leave it. Don’t be an addict. A light warrior can never be jailed or chained – no way.

Alpha is firstly a wave emitted – or relayed? – by the brain. Alpha also means a very special euphoric, spacey, relaxing and restorative  feeling, that many of us are looking for just for fun.

The restoring side of the alpha wave is to emphasize: without REM sleep which allows alpha, a sleeper do not rest. It is not sleeping that rests us but dreaming, but the astral, but the alpha. By practicing meditation, no to mention any spiritual benefit, a body and self restorative relaxation is obtained. Physical and mental toxins are burnt. Alpha is finally another myself, it is my astral double who is materialized by issuing this particular wave in my brain. Being alpha is meeting one’s astral double. You are not made to live without your creative spirit, the alpha.

Every night, when you recover it, you recover yourself. And your precious double does its best to heal the wounds of yesterday. The next day when you wake up, your double is forgotten.

You sadly go back to work, deprived of support that would make you the being of light, this all-powerful being that you have never ceased to be. We are made to live in alpha. We have always been. But in the daylight we ever forget: so it doesn’t work. The world is a consensus: to make it existing, we all agree tuning into the same wavelength.

Together, we assemble the virtual image that, carried on by our collective intention, will soon become reality. It still remains an illusion. The “objective” reality is based on a consensus, but this consensus is based on a confusion. A little mistake that has taken enormous proportions: we confused the being with the body. We believed we were animals.  Then we believed we were material. Forgetting spirit, we first limited to mental, then to reason only. Shall we realize at last that ‘pure reason’ isn’t the solution but the problem? Reason kills. No creativity, no love, no beauty, no fresh air ever went out pure reason. Its first prophet, old rigid frigid Immanuel Kant, did his best to disgust students of his philosophy – as far as I’m concerned he succeeded all right.

Who wants to look like zombie Kant? Who wants to be a computer, pure material robot? Forgotten is the omnipotence of the spirit. Forgotten, the light of home.

At birth, we cross the Lethe river giving forgetfulness, said the ancient Greeks. Its waters contain a poison that makes amnesia. The Living, the Lord of our dreams, the Source is never far away. This is our God within, in our image, but better.

In the subtle mechanisms of the right brain, we get a hotline with him. All the time, the line works, and we don’t care … The hotline to Him, can it be a hotline to ourselves? For He is us and not us. There is someone above us, who knows better than us, who loves us, protects us, which ensures that it reaches us what is good for us, but who cares? Ungrateful as we are, we blame Him we do not win the lottery!

All his life, String had begged the Lord to make him win the lottery, but in vain. Over the years, his faith had become so powerful that the neighbors had to close the windows not to hear him pray. One evening as Stingy, for the umpteenth time, was yelling the same prayer, at last the Almighty spoke to him: “String!“ The walls rattled, and neighbors cursed Stingy. “String, says the Lord, you wear me out. You wanna win the lottery, I’m all right with it, but at least buy a ticket!“

Whether money or freedom, no one can earn without paying a ticket. The bird of freedom flies straight, it does not stop. If you miss a shift, will you get a second chance? Maybe yes … probably not. Better than a lottery ticket, the good luck is with us from the beginning until the end. At any moment we can choose freedom. Awakening. Alpha. Just do a quick side step. Just leave, if only as a half sole, the absurd routine, the inhuman, robotlike manners that became the globalizable lifestyle. Global shit! 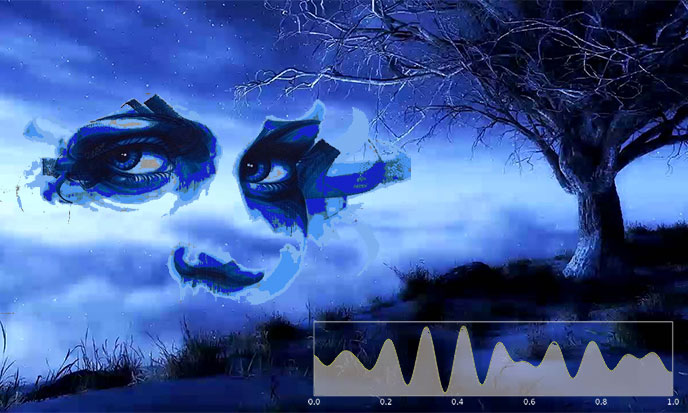 Just tune to another wavelength, and this idiot world disappears. Farewell, Kali Yuga, Rolex watch, health business and liars! See you no more!

Have a deeper look the shamanic paintings of Jean-Claude Thomas.