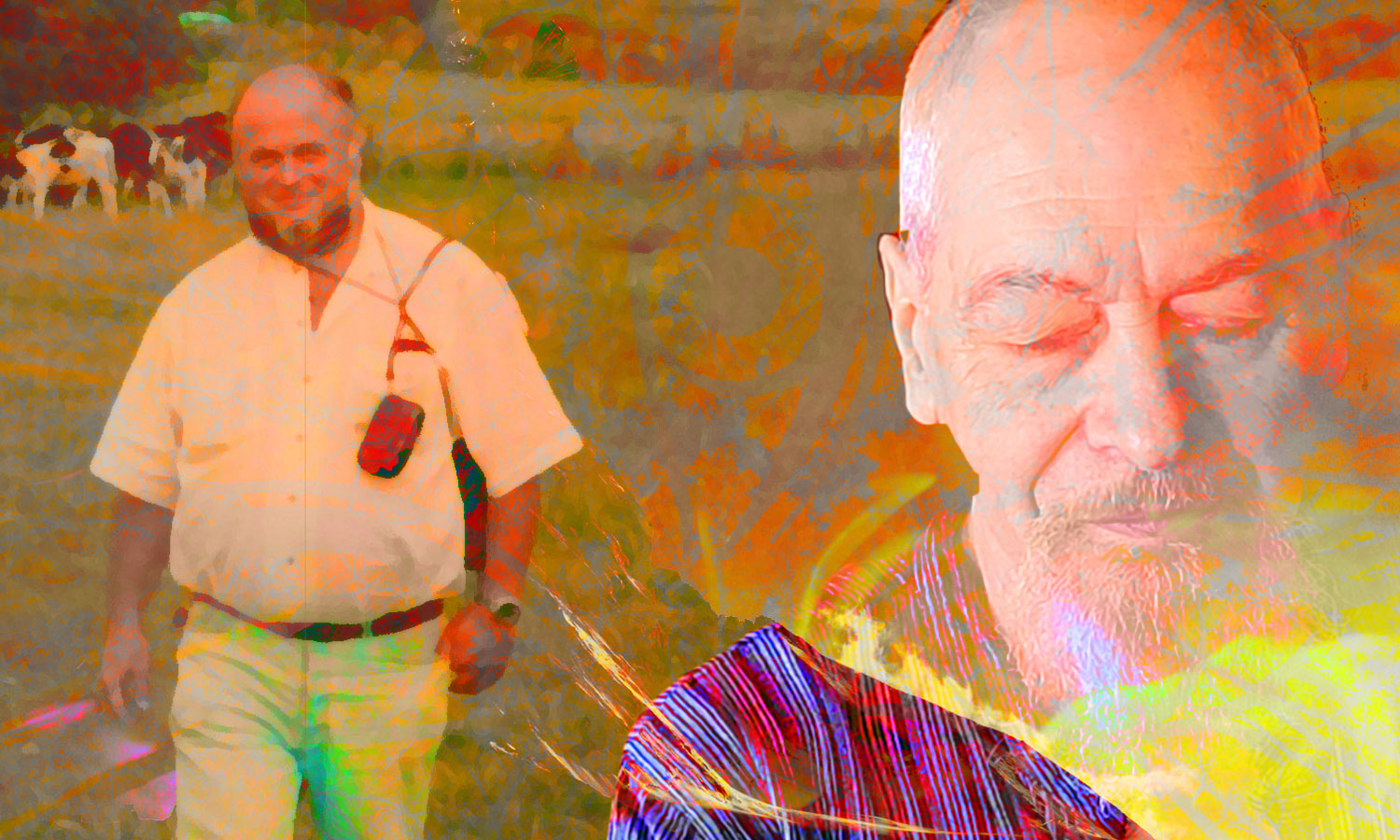 You know my taste for Carlos Castaneda’s exploits. Juan Matus, his benefactor, never misses an opportunity to remember his life choice: to follow the path that has heart. It’s not part of the Rule, yet the naguals stick to it… let’s say most of them. I do.

Quite honestly, I don’t see how a sorcerer can leave this path without denying himself. One does not give up one’s heart without giving up one’s powers, possessions and duties. That is my conviction.

I have followed this path my life. The heart has been my advice since dawn. I was reproached for it, others abused it, my boat pitched, I did not sink. My heart did not stop beating. I cried for my alter ego, Devic, who has meant so much to me since childhood. We never lost sight of each other for life. He has always reconnected the sons I left hanging.

Too much kissing, too much embrace. At that time I was like boiling milk. Overwhelmed. I ran from right to left, always several pots on the fire. Active, even pro-active, I didn’t let anyone drown me in a glass of water. And if I had to drink the seven seas, I volunteered.

My parents ended their lives in an Ehpad.Hostile establishment for forsaken forefathers I wish it to no one. For my part, I have to cut it off at all costs. Ehpad remord, my man, that was their fate. I accompanied them in this strange twilight where everyone knows what is coming and no one talks about it. A year before she left, Loulou asked me a strange question in the mouth of a believer — Loulou went to mass every Sunday until she was 90 years old, after she was watching her on France 2.

Breaking a very long silence where I thought she was asleep, she said to me: You who are interested in all these strange things, the afterlife, all that… What’s after death?

I was flabbergasted, unable to answer the exact level at which she had formulated her question. Too emotional. So I did something stupid to buy time.
-What? But you know it very well, you have recited it all your life in the Creed, the saints and angels, purgatory, paradise, hell…
His answer put me down.
“I’m not talking about this bullshit, I’m asking your opinion. I need to know.”

The request is very clear. Imperative. I had to answer it. I did it as best I could. We talked about it twice. Not that night: it took me two days to digest the slap. As she was asking, she quickly came back to the charge. Her Christian faith was not guaranteed to be bold. She did not stand the test of real challenges. Mom was looking elsewhere. He was much more interested in Castaneda. The answers he gives have the merit of standing the road and the distance: I have been doing it happily for fifty years. I have always lived by his principles, even before he formalized them in his books. And I find myself rather well. 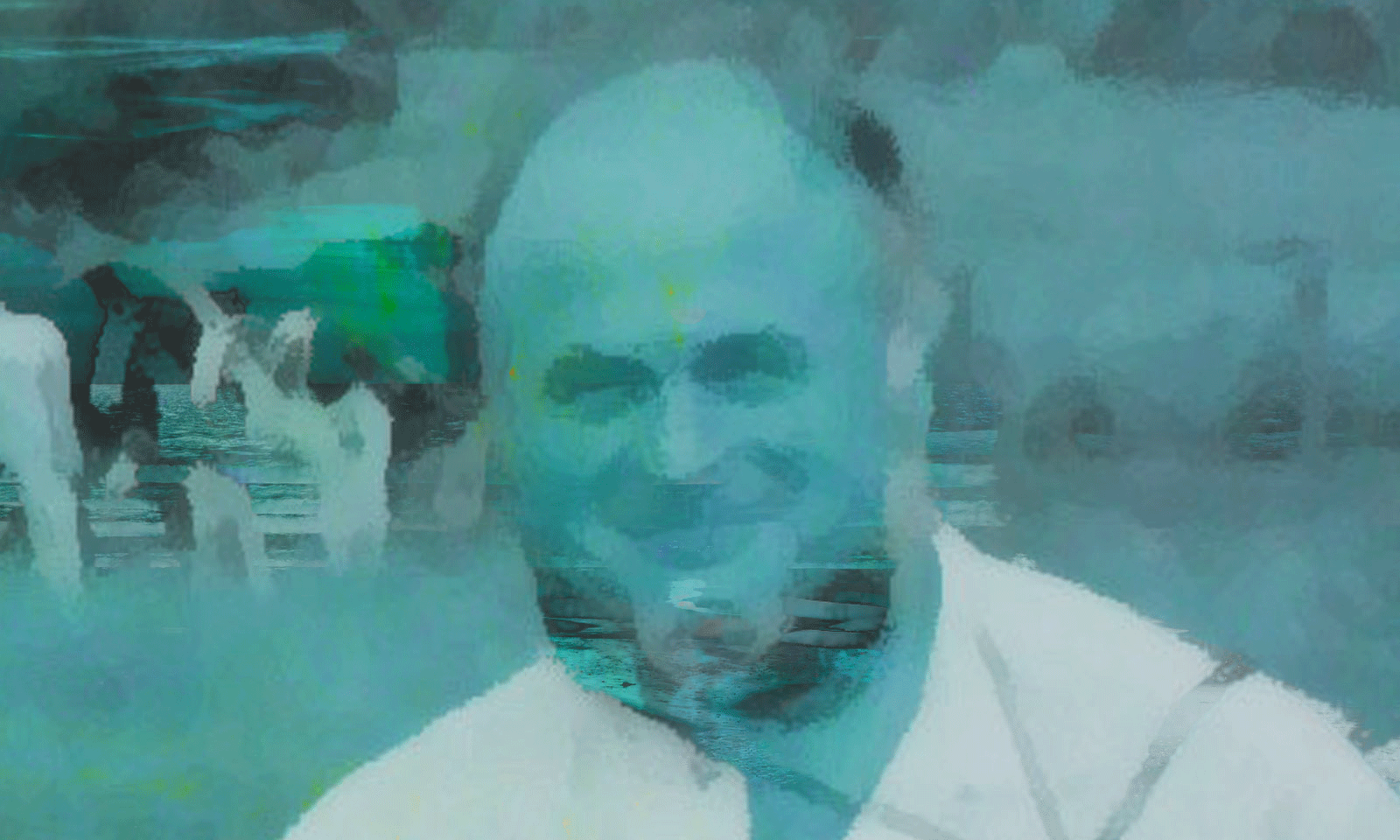 The fact is that Devic as well as another witch in our group, like me with several brothers and sisters, took care of their old parents and accompanied them to the other side. I know it well, I’ve been there many times. At least that’s what I thought. But hiatus: the other world I frequent and call astral is the world of sorcerers and warriors of light. We meet super bright angels or archangels, but dead, period. Not the tail of one. There is more than one astral as there is more than one mystery.

Three sorcerers with substantial siblings devote themselves to their old parents. Why them precisely? Accompaniment. Desire for knowledge. Open heart all three. None of their brothers and sisters are interested in the other world of sorcerers from near or far. None of their siblings made themselves available. They had a full life, a much more interesting routine, no doubt. Too bad for them. I just see the fact. No blame, no judgment. That’s the way it is.

Acting magic is my way of life. Urgent magic. Demanding. Mind-boggling and delightful. A few years ago, I discovered that we could send energy through the mystery of scalar waves that seem beyond the physical world. The ministry of mystery. I have devoted many articles to these incomprehensible waves — except through the channel of hypersensitivity. The path that has heart…

The vehicle that animates and develops them is not physical. Hypersensitive is wave-like in nature. It obeys the rules of scalar waves. I have concluded that these scalar waves are the carrier waves of love.

Wizards of our kind — naguals, doors open to the other world — use these waves of love for healing. The nagual don Juan Matus, benefactor of Carlos Castaneda, did not hide behind his hand. Once and for all, he had chosen the path that has heart. The way of love. It was with love that he taught Carlos.

The latter, for his part, did not go that far. But who am I to judge him? Likewise, my benefactor did what he wanted. So am I. Each one his own way, each one his own way. (listen) We incarnate and thus inherit a genetic lineage. You identify with your father or mother, or you reject him/her, it’s all one. We are all, more or less, the heirs of a blood, a genetic past, a way of functioning that comes from our bodily ancestors.

From time to time, however, in either family, a black sheep occurs. A wandering duckling in the clutch of docile chicks. Fools. This duckling was born a sorcerer. He remembers the afterlife. 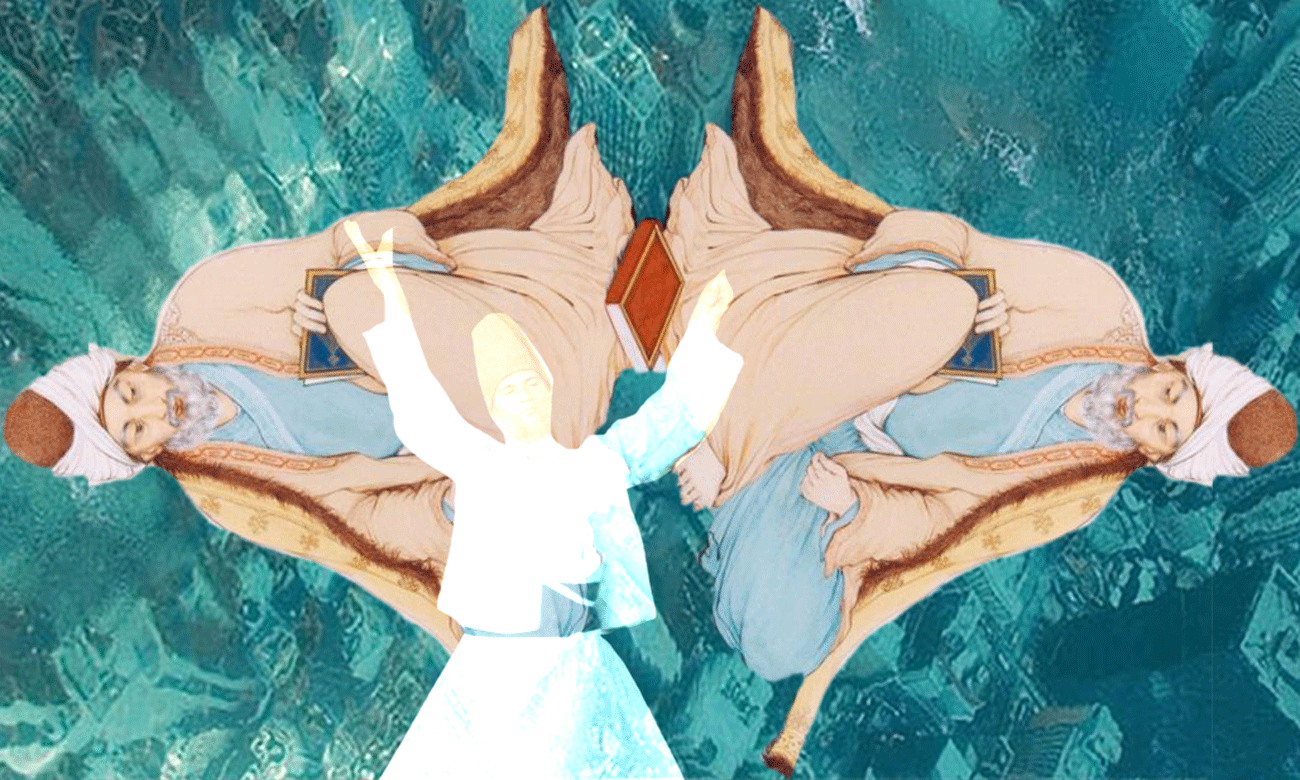 His biological/ psychological/ behavioral lineage, he knows it. But does not undergo it. He escapes the law of the many. He was born to follow another law: the Rule. This duckling is a warrior. The stuff that naguals made. If I dared parody Mevlana, the Sufi patron saint of Konya’s whirling dervishes, yes, if I dared! Come on, I dare: “Take a hundred men, you will find a warrior there. Take a hundred warriors, you will find a sorcerer there. Take ten thousand sorcerers, you will find a Nagual there.” (source)Freely adapted from the Sufi master Djallal ad Din Rumi (1207-1273), says Mevlana. I know he’s reading me, I wish he’d forgive me.

For most people, a Nagual is someone who messes up. They’re right. The Nagual messes up because it’s disconnected. He’s broken with the Matrix. He’s no longer matri-heaven. 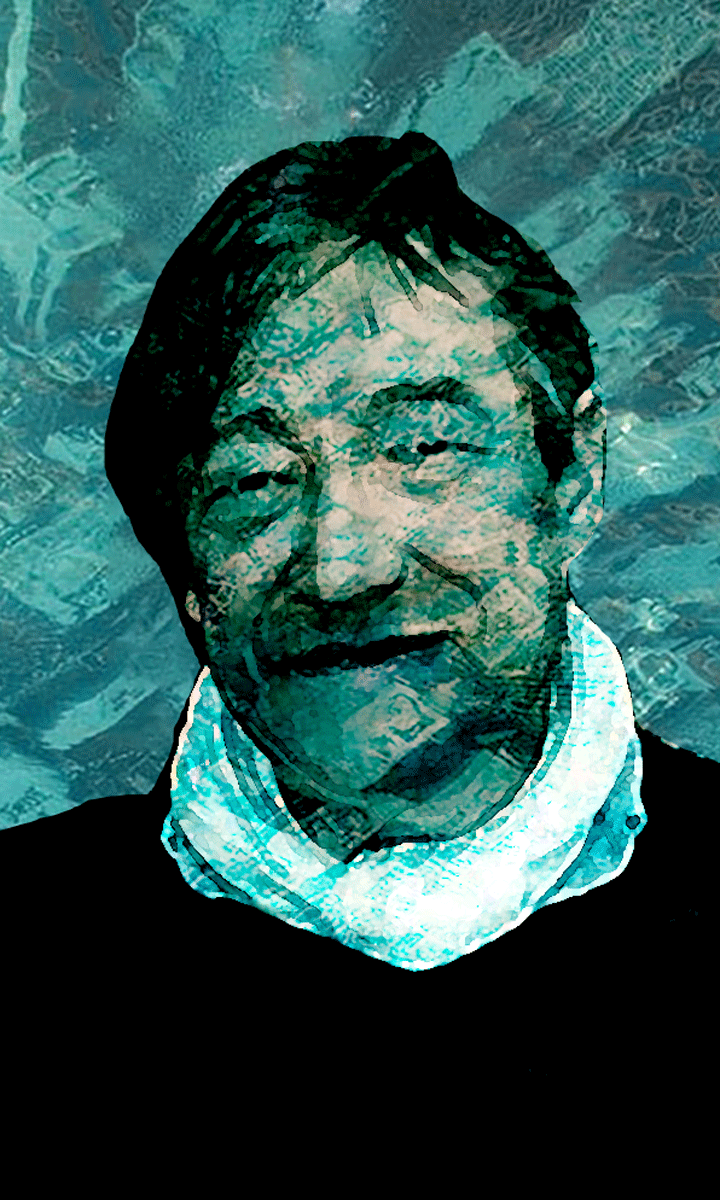 I know that I am the fruit of two spiritual lines: Castaneda and the Wolf Clan. The Nagual Matus initiated Castaneda who initiated my benefactor who initiated me. Initiate is not the right word. Born is better suited. On Castaneda, there’s a lot of info. Too much. Lots of misunderstood. So the warrior has to sort. And he doesn’t like to be teased when he sorts. Because it has the matter and the matter stalls. You have to check everything for yourself. But the texts are there. Reviewable. Diables.

On the Wolf Clan, I can’t say anything. Not yet. I’m not capable of it, on the subject I’m blocked. My benefactor told me stories of groping when I was in heightened consciousness. But when I leave the left side to find the right side asshole rational bulldozer, the heightened consciousness is no longer to be believed. It is no longer raw, it is cooked. It has lost its natural taste.

It tipped me over into increased consciousness, which I remember, but not the content. I only listened with one ear. Yet my subconscious has recorded everything. I have to go back. I can’t. I have to locate my AP on those conversations. Monologues, rather. Precious monologues. Inaccessible and yet so present. I’m sure I’m inspired by it, more narrowly perhaps than by Castaneda — but I don’t have any real knowledge of it.

I don’t know how to shift my AP at will like the Nagual Matus or like Don Genaro. Casta didn’t know either. My benefactor knew. At his will. Hence his allies. Better: he knew how to shift the PA from an entire assembly. Or of a single woman, like the one who said to him: “You are the most attractive man I have ever met” (source)

In my turn I can give birth to new children of their own. When my AP moves, it trains a person’s AP. Only one at a time. It takes two full days for this magic to work. Hence the “courses” from Tuesday evening to Friday morning. two full days, wake up here in Erquy Reki, and sleep here too. Imperative. Tuesday evening and Friday morning count for plums. They are technically necessary for getting up and sleeping on Wednesdays and Thursdays. Only these two days, complete, count for magical action.

Wednesday, the day of Mercury, the messenger of the gods with winged heels. Day of communication. And Thursday, day of action. Under the aegis of Jupiter Zeus the god of the gods, lightning, illumination, oak, sun, triumph, self-affirmation. You understand, it works every time. How could it go wrong? 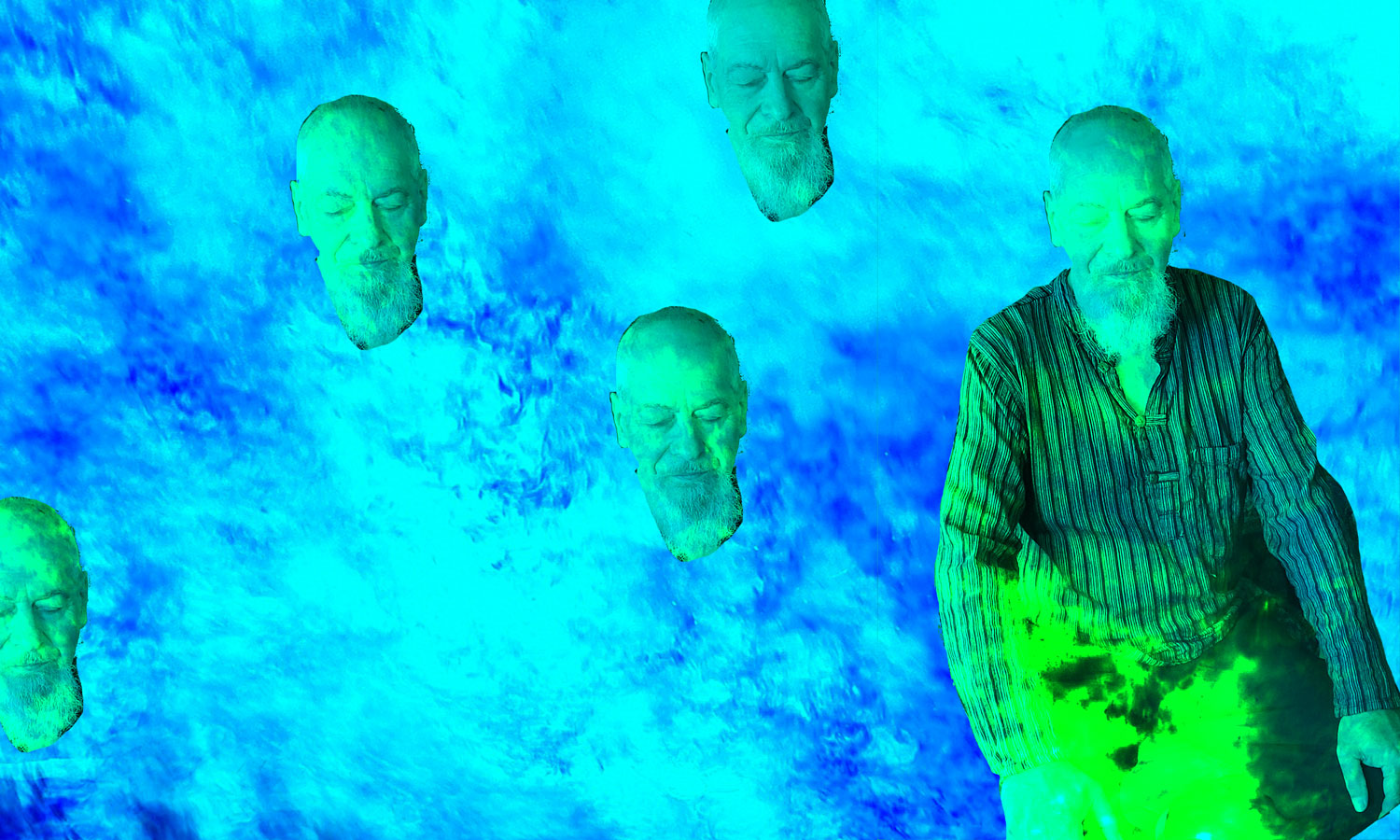