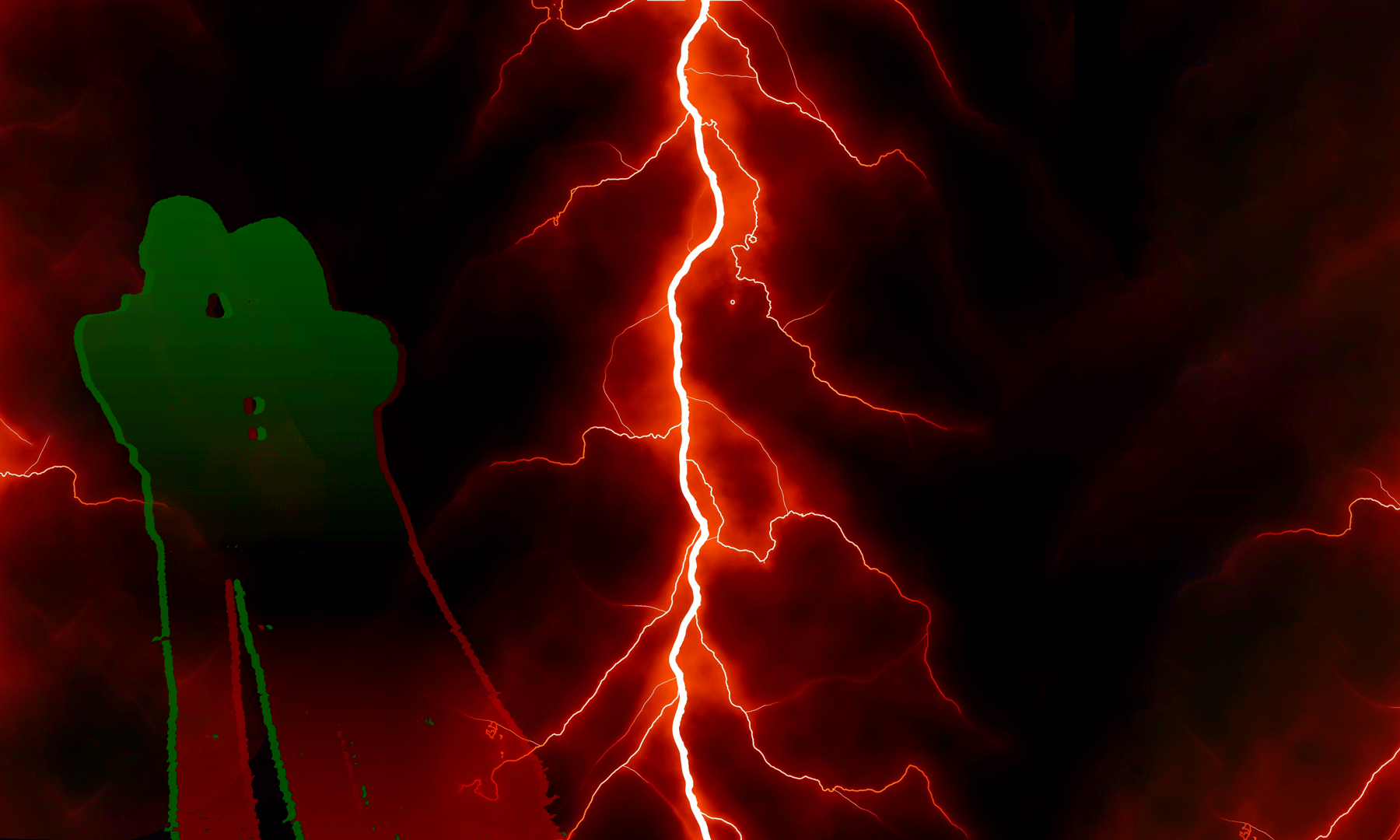 Lightning bolts are violent sparks that shoot out between areas of oppositely charged charges, either within the cloud or between it and the ground. As part of this new discipline called fulgurology, I want to review the different types of lightning that can be observed in stormy weather … or not! Some lightning can occur on a clear day!

Violent vertical movements create a permanent imbalance between the charges within the cumulonimbus. Ditto between the base of the cloud and the ground. 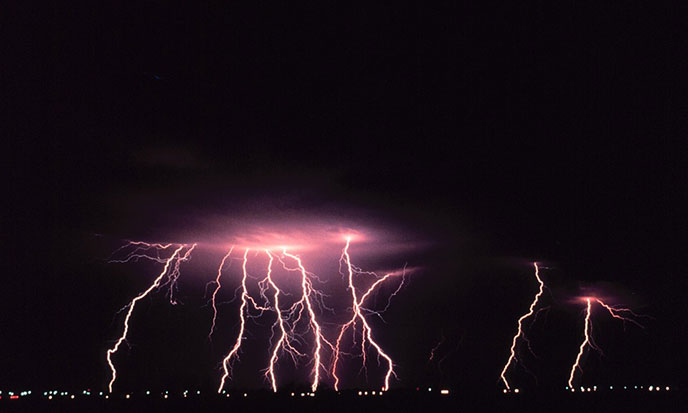 During the storm, the nature of the lightning often evolves in this order:

Intra-cloudy: electrical discharge from altitude inside a cloud which represents 75% of the lightning produced during a thunderstorm.

The sheet lightning: succession of intra-cloud discharges on the summits of a chain of cumulonimbus clouds,

Love at first sight: electrical discharge between the ground and the cloud (only 10% of thunderstorm activity). 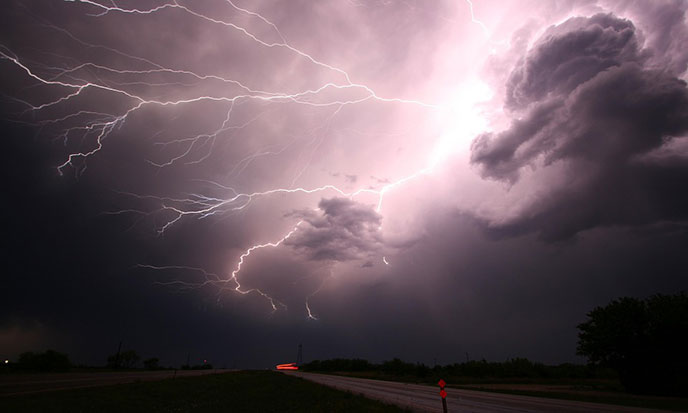 Leprechauns are quite rare: one in twenty thunderstorms can generate them. These are strange flashes, immense sheets of soft light which start from the base of the clouds and extend to the mesosphere – – they then rise to an altitude of 90 km and spread over a width of 15 km. They can only be seen at night, using hypersensitive cameras. The phenomenon is too brief and too little observed for us to be able to assess the energy it deploys. Or even measure anything …

Leprechauns and other phenomena generated by lightning could provide energy resources of a power and especially of an unusual quality.

These hard facts will be of interest to engineers of the future. 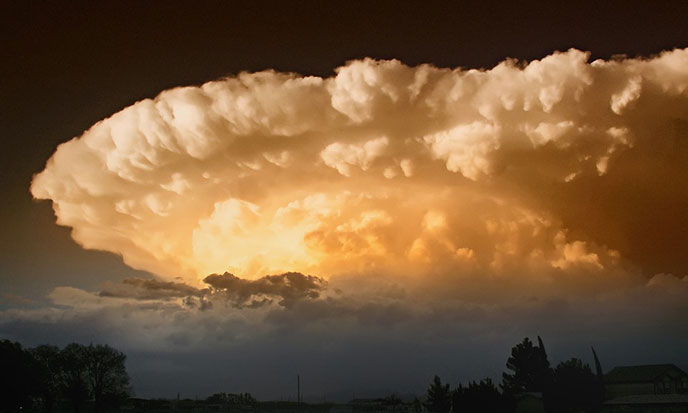 The Elves appear with certain Sprites, always preceding them, and always more ephemeral. Only the strongest lightning unleashes Elves. They propagate in the form of a sphere at the speed of light. When the sphere reaches its critical altitude, around 90 km, it crashes in the shape of a ring.

The in-depth study of these electro-magnetic phenomena will one day bring us new resources and miracle solutions, particularly in the fields of gravitology. They will also be used to cure psychic and psychosomatic illnesses, by ionization of the morpho-genetic fields constituting the physical body and its subtle envelopes.

Blue jets were first observed in 1994. They are rising geysers of light that take the shape of an upturned umbrella. They spring from the base of the cloud, usually just after a lightning strike, and just above it. These conical jets of midnight-blue light propagate from cloud tops upwards at a speed of about 120 kilometers per second and never seem to exceed 40 kilometers in elevation. Could they be a kind of reactive current as it sometimes happens? 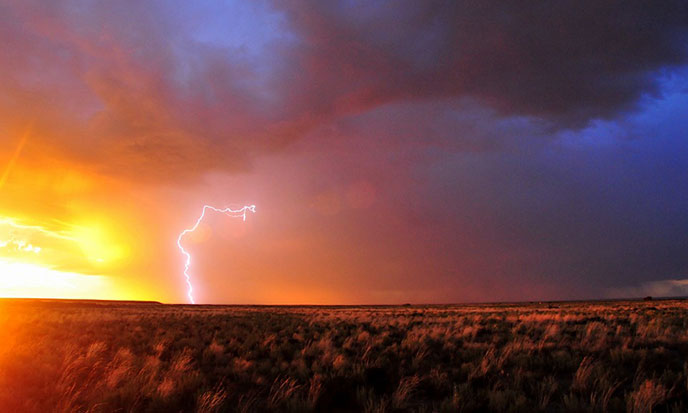 The reaction current or reactive current can be observed in hydroelectric power stations, for example. Are blue-jets the natural equivalent? We can not say: the phenomenon is still too little known.

In Rapid City, USA, researcher Tom Warner used high-speed cameras to observe another new phenomenon: ascending lightning. They spring from the top of a pylon or an antenna, in the event of a storm or strong static electricity. They are aroused by a precursor flash that fell from a cloud. After a short moment, as if fed by this lightning, the ascending lightning bursts from the pylon towards the sky where it branches out immediately. Lightning specialists received his first films with some amazement. At present, Tom Warner continues his research in fulgurology.

The fire of Saint-Elmo on the other hand appears as a luminescence shining above a sharp object during a stormy weather. It is often described on the top of the masts of ships, but it can also be observed on airplanes or on high objects on the ground. 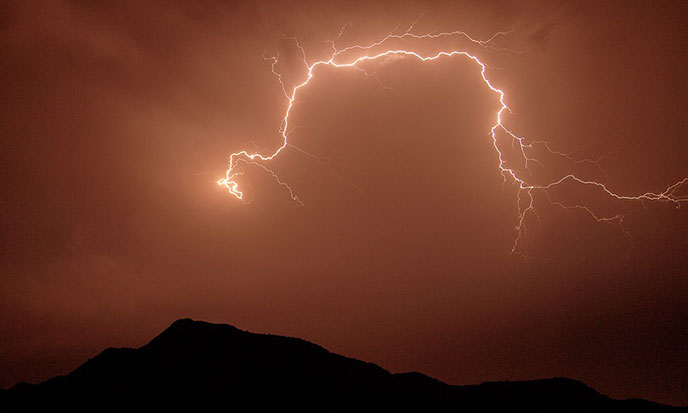 Finally, last but not least: the ball lightning –also says globular lightning or fireball– and its mysteries, a phenomenon which is far from unanimous among scientists. I see in it the key to one of the main puzzles of our distant past, and the miracle solution to a large number of current problems. Ball lightning is quite another thing than a simple lightning … It is a strange manifestation, which is more akin to science fiction or shamanism than to meteorology. As such, and many others, it deserves a very special study.