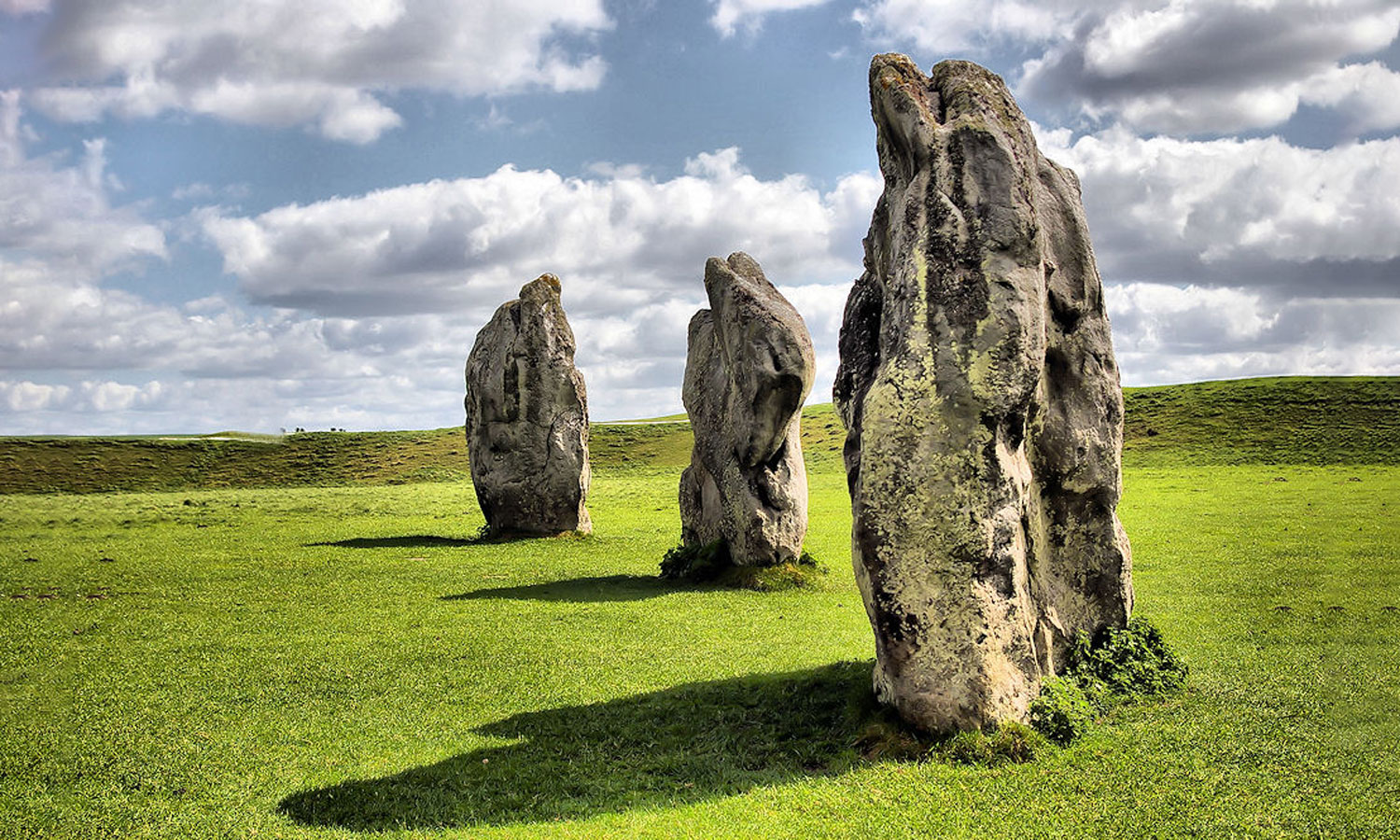 It is my eighth stay in this little corner of Wiltshire. It has for me a charm tinged with sweet nostalgia. So many important events for me and my research took place in the greenery and dreamy countryside of Marlborough. In Avebury, for example, has emerged my discovery of fulgurology, the science of ligthning and ancient lightning capture techniques. With a fairy who took me by the hand.

Luckily this famous site is well preserved and almost complete. That allowed us to reconstruct the functioning of the lightning plants used in Atlantis. What does the site of Avebury look like today?

Avebury Henge is a circle of menhirs surrounded by moat; it is continued by two alignments of menhirs; in the distance, a pyramid called Silbury Hill, and a man-made cave, West Kennet Long Barrow. This is a coherent whole, where the different buildings are hinged together like cogs in a machine.

Another conviction has emerged during the second trip with my fairy: this major whole was a factory, or rather a mega plant producing large amounts of energy. Moreover, that peculiar energy got prodigious virtues. 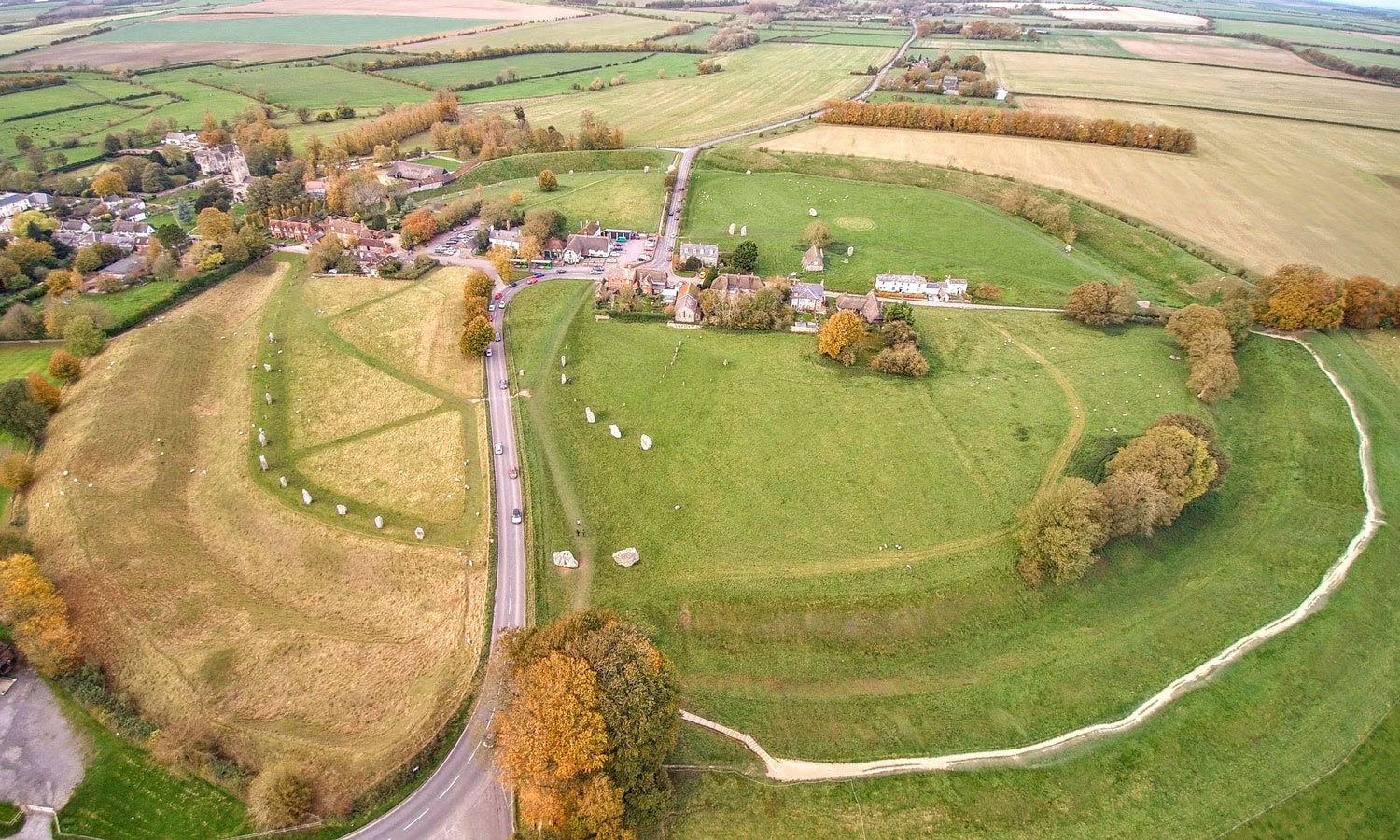 Here is an excerpt from one of the diaries: “I was accompanied this time by L, a witch with stupefying powers to see and interpret things. We have hiked through the wheats carved here and there by the crop-circles with the circular pyramid of Silbury Hill always in sight. We have long contemplated this landscape laid out by man since ancient times. Gradually the memory of the place spoke. I plunged my gaze into the eyes of C*** and both of us had an illumination. The power plant of Avebury captured the energy of lightning and used it under the form of lightning balls.

In addition, through a system of circulating water in the moats, the power plant enriched the irrigation water in nutrients, the natural nitrates of lightning. A sudden flash, everything was clear, hearts were pounding, thunderbolt!! Damn! The power plant winked at us, its anatomy became crystal-clear. My fairy claims the standing stones showed us. This I believe. There has been a close encounter wtih the big stones, no doubt. We had to walk, the path was pulling us, one by one the parts of the machine took place in the right order. Before us, it was written in block letters.

Silbury Hill! The pyramid is a giant lightning rod! Surmounted by a metal antenna that no longer exists, it is a gigantic sensor that attracts lightning, balls of white light which flow in continuous along its sides like serpents of light. Flying serpents. They jump from one standing stone to another along Bekampton Avenue, while a light flux of water vibrates Kennet River. The excitement that spread to us was not only that of the discovery. It is a light spectacular to which our seeing power allows us to witness live. The lightning balls bounced off the top of the menhirs, here they are which set in motion the light wheel of the Henge, while the fireballs jump from one menhir to another. (source)Xavier Séguin, journal, 1998

The Henge: name of a double stone circles surrounded by a circular ditch and earthen dam, which is the central part of the megalithic power plant of Avebury. At the center of Henge, there are two matched menhirs, the Cove. 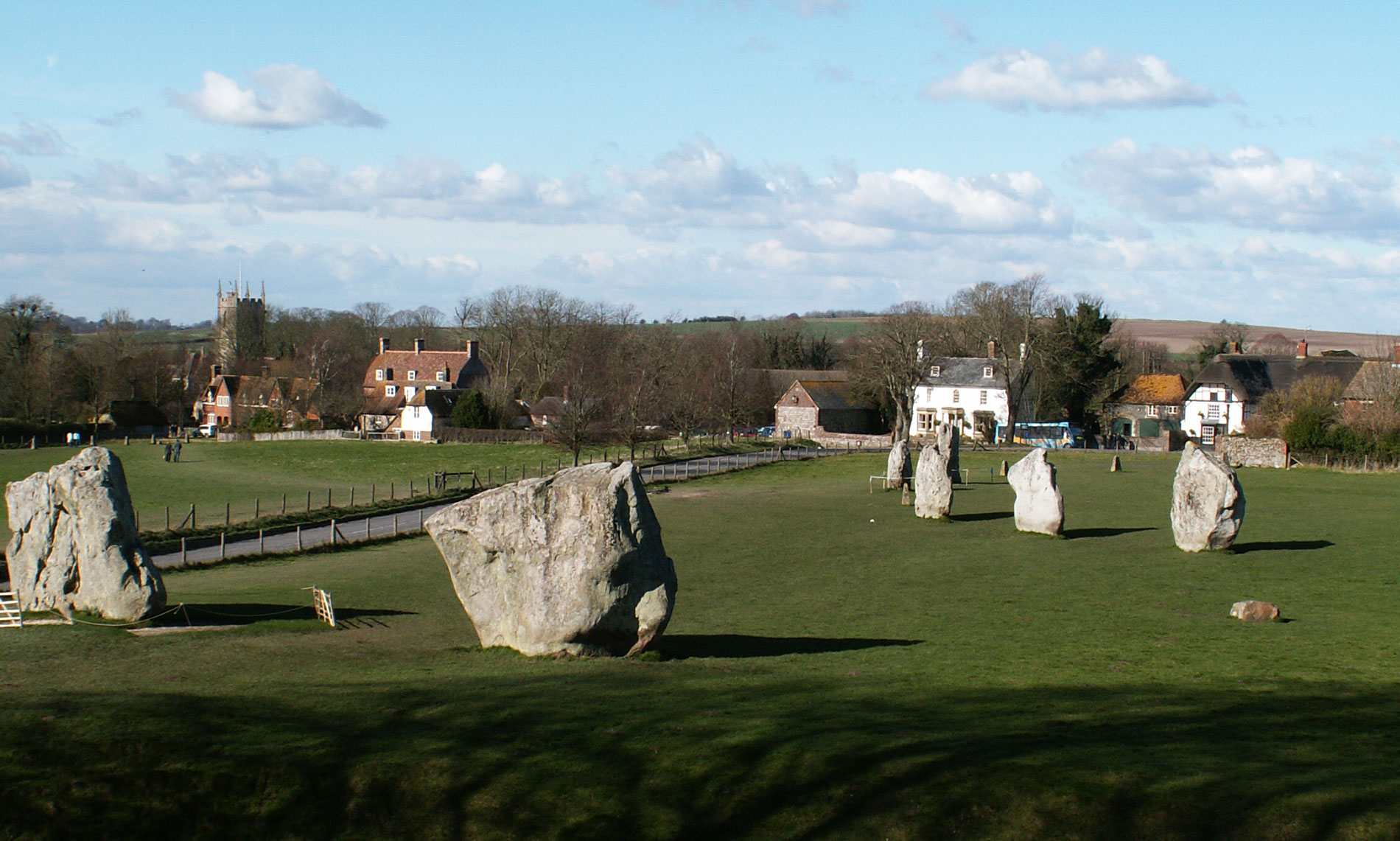 “Still waving as the harvest in the evening breeze, the light balls shimmer and roll to West Kennet Long Barrow. This is a great covered walkway under a tumulus, near the pyramid of Silbury. Our greedy steps had already leaded us there, we have seen everything, experienced everything. Here the candidates to awakening were receiving the total initiation, the baptism by fire from heaven. Men they came in, and gods they went out.” (source)Xavier Séguin, personal diary, 1998

We saw fire balls run off the mound to the big long barrow. Some balls entered at the back of the corridor, I imagine what the candidates to awakening must do not to panic.

Here are therefore the elements identified in Avebury, and found in all Atlantean power plants: a sensor or antenna, which attracts lightning = the pyramid of Silbury Hill; a spark gap that turns flash into ball lightning = the giant stone circle of Avebury Henge; a transmission device, which enriches the irrigation water and distributes energy to users = the two rows of menhirs that leave from the Henge and describe two curves in the countryside, West Kennet Avenue and Bekampton Avenue. Certainly the most important part of the machine was the initiation lodge, where they received the awakening through the lightning balls. Here it is a covered walkway opening opposite the Henge, West Kennet Long Barrow, which is probably the most sacred place on the site.

According to our measurements, the covered walkway vibrates at 15,000 bovis. This high rate makes it, in geobiological terms, one of the highest places of the planet, undoubtedly a chakra of the Earth. The lightnings fell on Silbury Hill, spin down a river, Kennet River, to the great circle of stones of Avebury Henge. This chamber acts as a spark gap. Lightning, churned by the circles of polarized stones, flakes into the form of lightning balls, much more manageable. Incidentally, the moats around the circle of megaliths collect nitrates from lightning, enriching in natural fertilizer the irrigation waters.

But the path of the lightning balls is still only beginning. They come out of the double stone circle and run in two different directions, channeled by the polarized alignments of Bekampton Avenue and West Kennet Avenue, the lightning ball is moving on the wires up to a number of relays arranged in star. An avenue that no longer exists must lead the balls of lightning to the lodge of awakening, West Kennet Long Barrow, unless the fireballs have followed Kennet River. We also explored the ruins of covered walkways or tumulus which ended once the two main avenues of dolmens.

The function of these secondary sparks seems to have been to divide what was left of the fireballs over the surrounding countryside, to the greatest benefit of the people, livestock and crops. 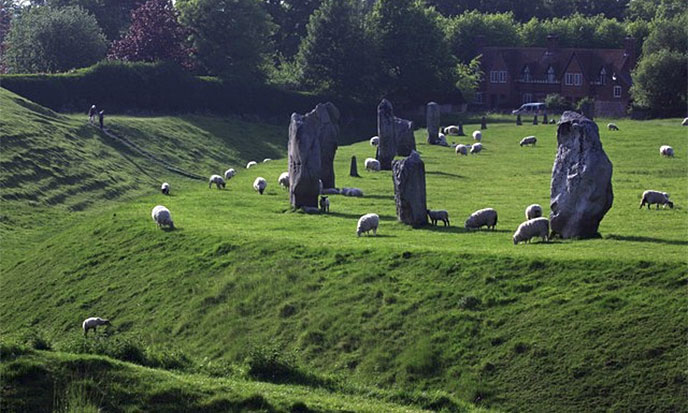