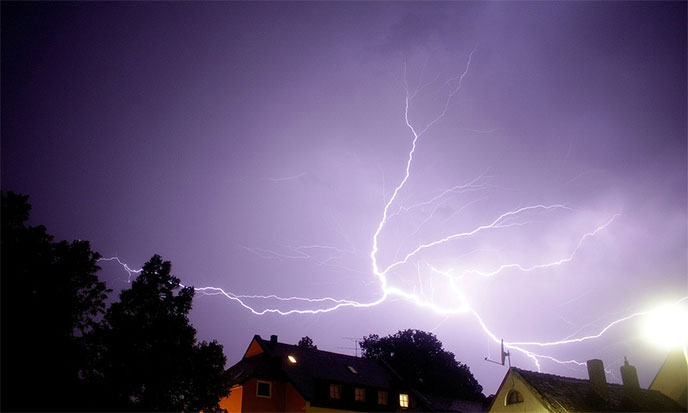 Phenomenon whose very existence is still contested by some people, the balls would be one of the forms taken by lightning. The problem is that the white fireballs topple us over into the irrational.

Like slow motion, the fireball turned several times around the poor woman, without causing her other trouble that a lively terror … and an insolent hocus-pocus: when time to go to bed came, she  realized she got no more underwear! They were burned! Yet her skin was intact and her outerwear too.

Was it lightning humor? Or phantasmagoria? It seems in any case that lightning ball is slower than normal lightning. And without real danger to humans. Everything happens as if we were dealing with a spark fulguralis. The ball would be a crumb of lightning, the result of an explosion … but endowed with conscience, what becomes surreal. 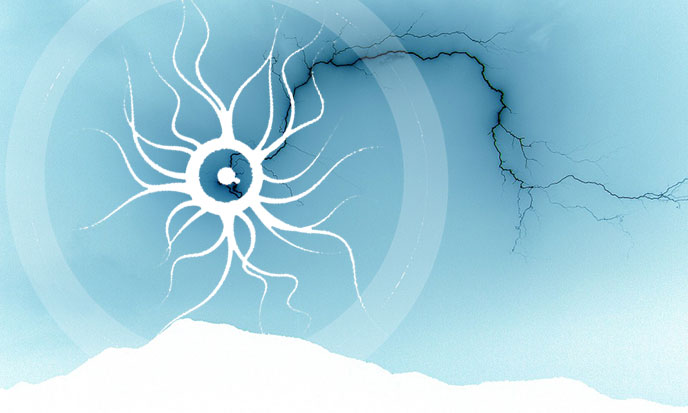 That is why many scientists still refuse to admit its existence. Or pretend that this is a phenomenon different from lightning.

In the United Kingdom,  “balls of white fire” have been reported with no storm around. The balls of white light were traveling at slow speed over cereal fields at night, under a cloudless sky, while the beginnings of a crop circle… That night, 23rd June 1999 in Alton Barnes, Wiltshire, there was no storm within 188 miles!

The knowledge of lightning and fulgurology is part of the superhuman cultural heritage since hundreds of thousands of years.
The former Gods have used the lightning in all kinds of applications, and they knew that lightning ball is far less dangerous to humans. Their lightning machines were used for breaking lightning, that was the role of the circles of large stones, as in Avebury, or of the Cyclopean walls, as in Cusco or Teotihuacan.

The operating principle was grosso modo, that our power plants. Energy is energy. Yet the lightning-power resembles neither hydro nor nuclear-power. Lightning power plants did not produce watts nor electrical power, but balls of lightning. And these entities do not behave as electric current, they seem out of the usual physicochemical context. To understand them, you need to expand the framework of electro-magnetism. You must put on the glasses of bio-energy, or Vril energy.

The lightning ball unfolds in Vril energy, very different from electric power. It is transmitted without metal support. Polarized stones – alignments of menhirs or Gothic cathedrals – are the best way to channel it. The Vril also follows the watercourses. In traditional education, the energy that runs through the earth is called Wouivre or Wyvern. 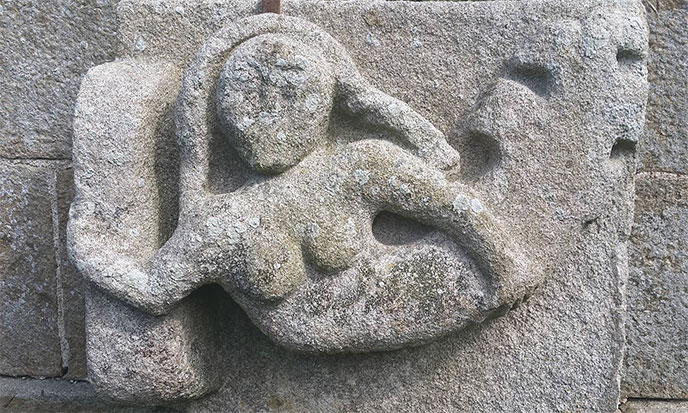 We leave here the narrow framework of classical physics. As a manifestation of the Earth pril, the lightning balls tend to make their own way.

They look like conscious beings capable of choice, action, creation, and even humor of which we are the victims. Are we dealing with intelligent beings? Or with “objects” guided by intelligent beings? The crop circles that adorn the fields of Wiltshire could be traced by white fireballs. It is true that we do not know much more about crop circles than about lightning ball, two puzzles that seem related. In this area, we can move forward only with the greatest caution. Are they emissaries of higher entities trying to contact us? 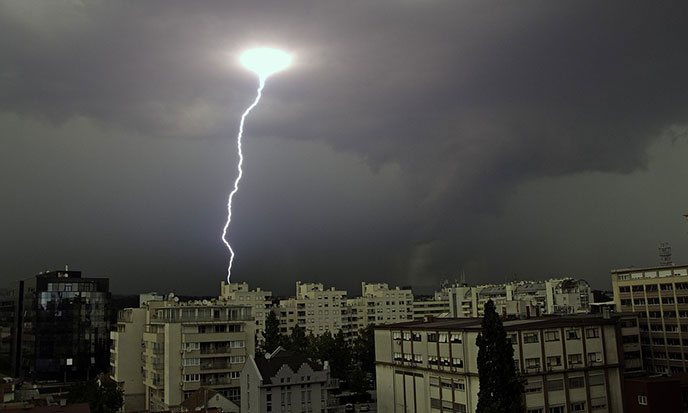 One thing is certain, and it is tenacious: it seems that our culture treats the issue of energy through the wrong end. Quantum physics teaches us that there is no energy without information.

What are we doing with these data transmitted by energy? Why ignoring them? The only information from which the electricity companies recognize the existence is the one that marks the meter: the billable amount. However, the parity energy / information has so many answers …

When the storm thunders, are the gods screaming the secrets of heaven? When lightning flashes, are they willing to enlighten us? When a white fireball rolls around, what is their plan? Messenger of the god of light, is it a cure to human madness? Then we need a double dose …