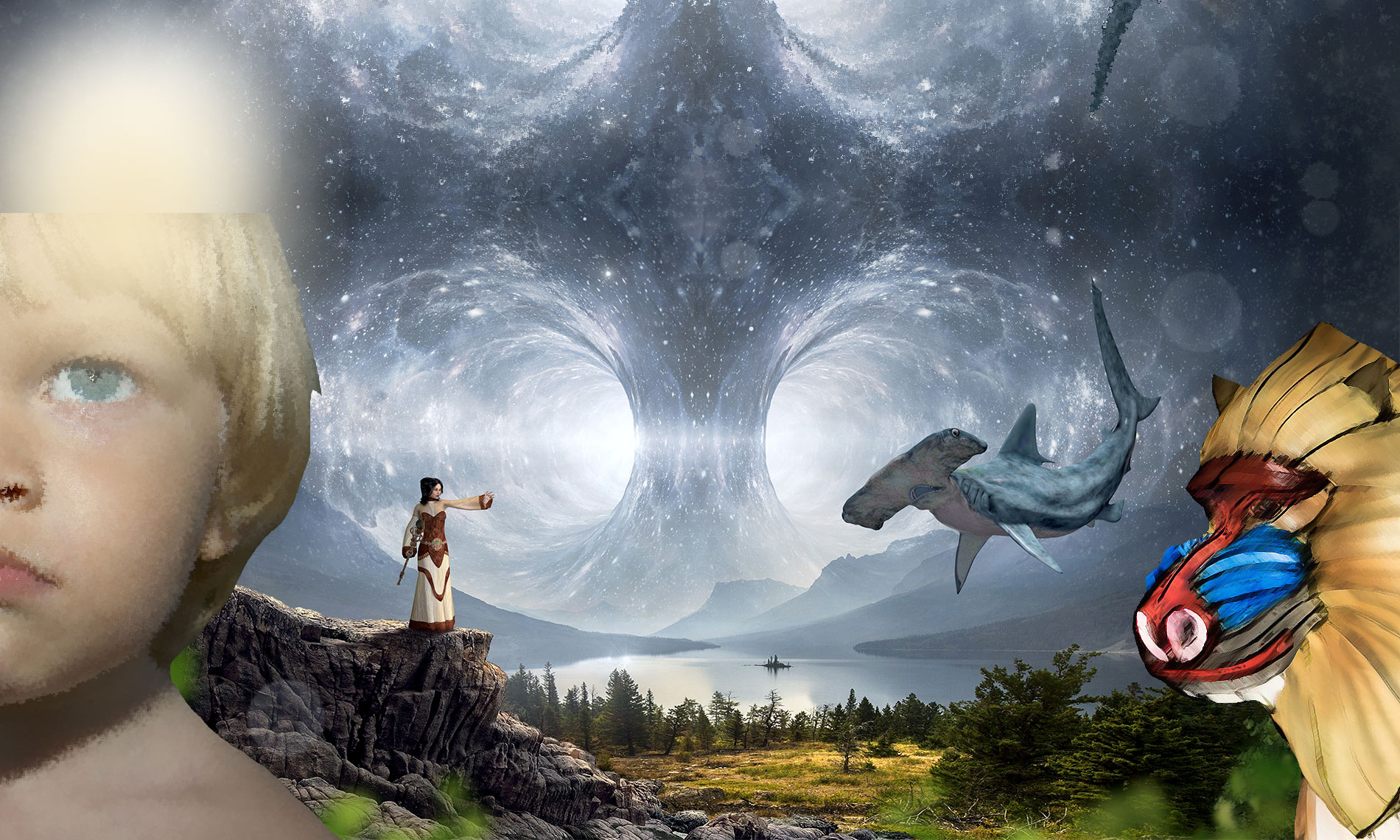 The rolling fire is heading straight for us. I’m suffocating. Amyann fights to close the fire door. Wasted effort ! The first tongue of fire falls on me, my left arm is touched, I scream. Amyann pulls me back, the door closes finally. I collapse.

When I wake up, Amyann is leaning over me. He is as white as a linen. He looks at my burning with concern. I am not hurt. Thyann my father taught me non-pain. He taught me to go into pain to return it and empty it of its painful content. Time passing, it has become a reflex. Seeing the face he makes, Amyann suffers far more than I do. I laugh. Stupefied, he opens his eyes widely.

– Aorn! Do not laugh, please! You’ve been bitten by the rolling fire, and all its bites are deadly!
– See, I do not suffer. Do not worry, I will not die.

Amyann does not believe me. He bites his lip so as not to cry. He can turn his head, I still see a big tear rolling on his cheek. I take him in my arms. He gets made up eyes according to the Mole Men fashion. He draws the outline with kohol, which gives him a fascinating look.

– You must know this: the fire bite does not forgive. There is no known cure among Mole Men. Only a first-rate healing thaumaturgist would have a chance to heal you. And this species disappeared many moons ago, with the last representative of the Great Wizards of Time. They have left us forever, with them their magic has vanished, we are alone and fragile in the face of all the dangers, all the diseases, all the wild animals and all the pitfalls that the gods offer us. Aorn, my friend, my brother, I do not want to lose you! And yet it is inevitable. 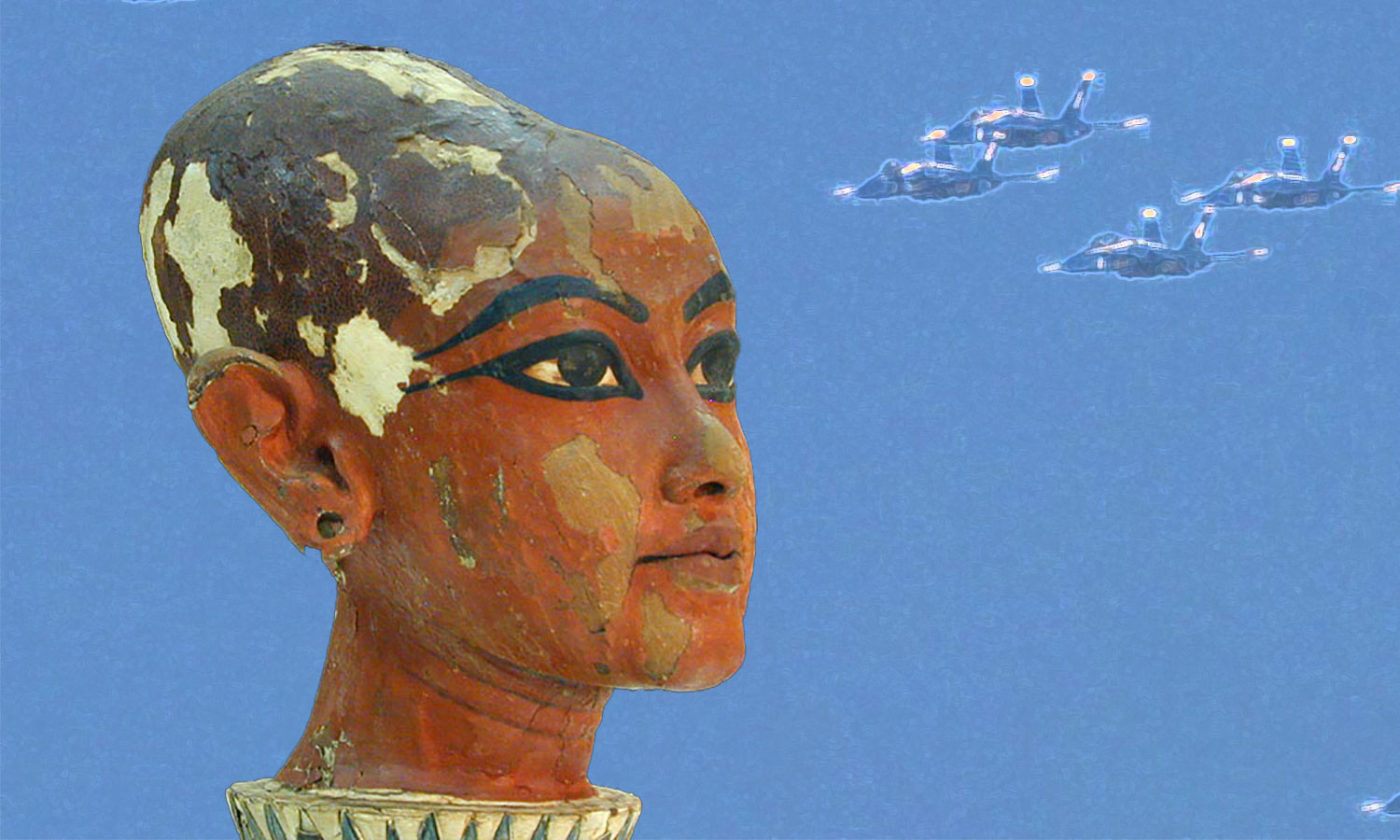 His black eyes are full of tears. I should mourn instead, since I am going to die. Frankly I do not believe it at all. I feel light like a goose fluff. Here are angels coming down from heaven in their funny machines.

– There are no angels! You can not see the sky !! We are locked in this iron cabin and you delirious! You’re going, Aorn! I do not want !!

No sooner did I say “I’m flying” than I reinstated my body. I’m not dead anymore. Poor Amyann is still sad, he does not know that I am saved. I reach for him … and I have the shock of my life!

My arm is intact. It’s as if the rolling fire had not bitten me. Amyann starts to scream. Through her tears, her big eyes staring at me. We can read the fear. What is he afraid of? Of me ??? Am I not his friend? 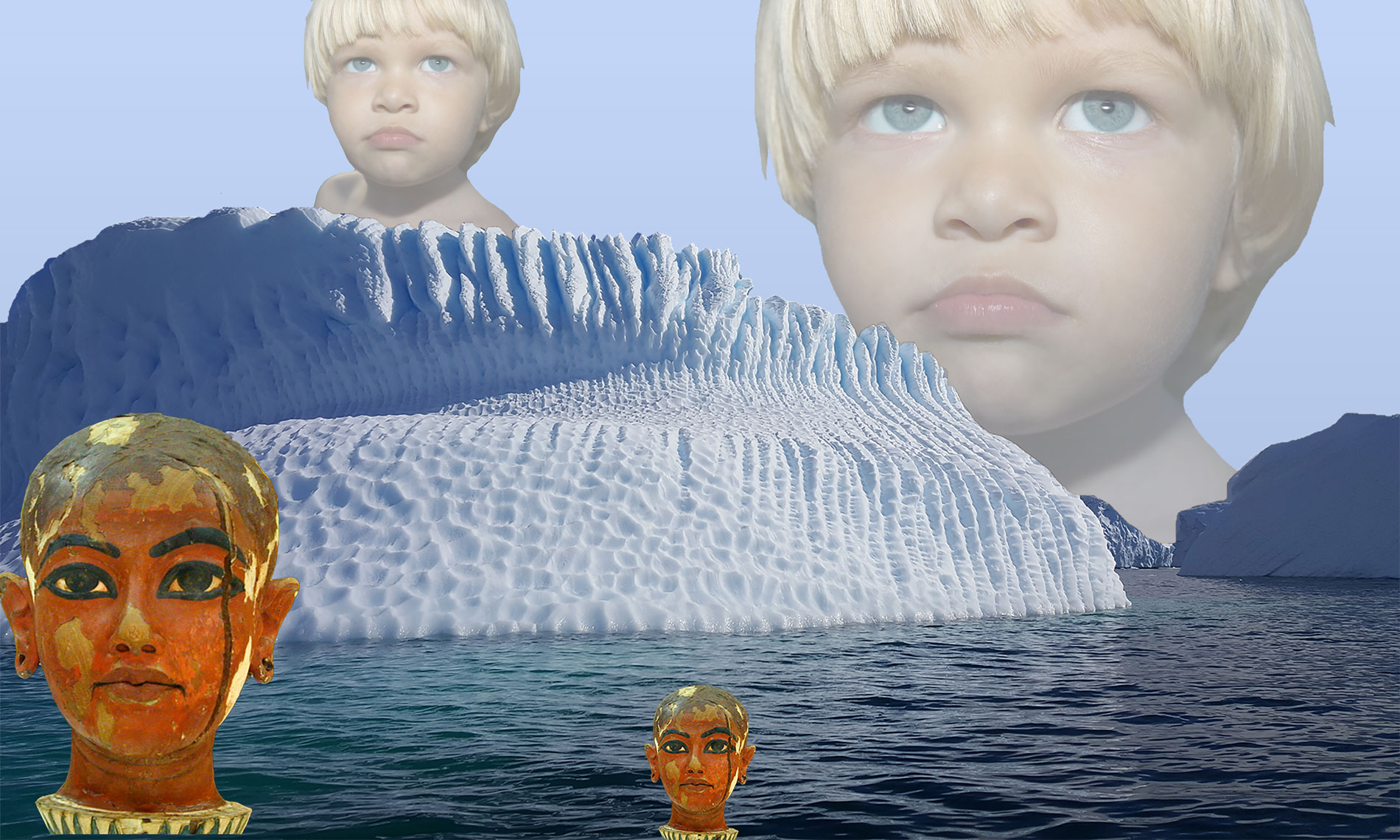 – Yes, he moaned, yes, you are my friend. But you’ve healed yourself of a deadly wound. You are a Time Wizard! Your body was dead, here you are alive before me. You are a great wizard of Time!

– Hey, it was high time! squeaks a familiar voice. The partition of our cabin has just opened, Yima Head of Monkey pushes his lip of old sucker.
– Gee, what a mess! he grumbles. Such a freak I got!

Yimaelle leaps at Yima, clings to his shoulders and gives him a bunch of solid kicks in the ass.
– Shut up, you are frightening the poor things, she said. How long have you been in this box? The mechanics went out of order. There was no sound or image. We tried everything, it took us three months!

Three months ? I can not believe. Yimaelle supports my gaze without blinking.
– Three months, yes-da. You should have died of thirst for a long time.
– Wizard of Time !! exclaims Amyann, pointing at me with a trembling finger.

I’m not hungry, I’m not thirsty, I’m not afraid, but Amyann seems to be.

– Remember the fire! Yima adds between her teeth. Aorn was bitten! Yet he is not dead!
– Shut up, you hairy beast. You scare him.

Scare? No, I’m not afraid of the monkeys. They make me laugh. What is this three-month story ??
– Wizard of Time !!
– Calm down, Amyann! Be quiet and listen to me ! I’m not a sorcerer, I’m not a wizard! I just stopped the pain, a secret that comes from my father Thyann the Rebel. I can teach you if you want.
– And how did you stay so long without eating or drinking?
– You did it like me. So you are a wizard too.

Amyann looks at me silently. He is immersed in contradictory reflections. Thereupon Yimaëlle calls us to eat. After a good fifteen minutes of silent chewing, Amyann has found his good smile. His confidence has returned. And mine, too, in our future.
“Show me your arm,” said old Yima. 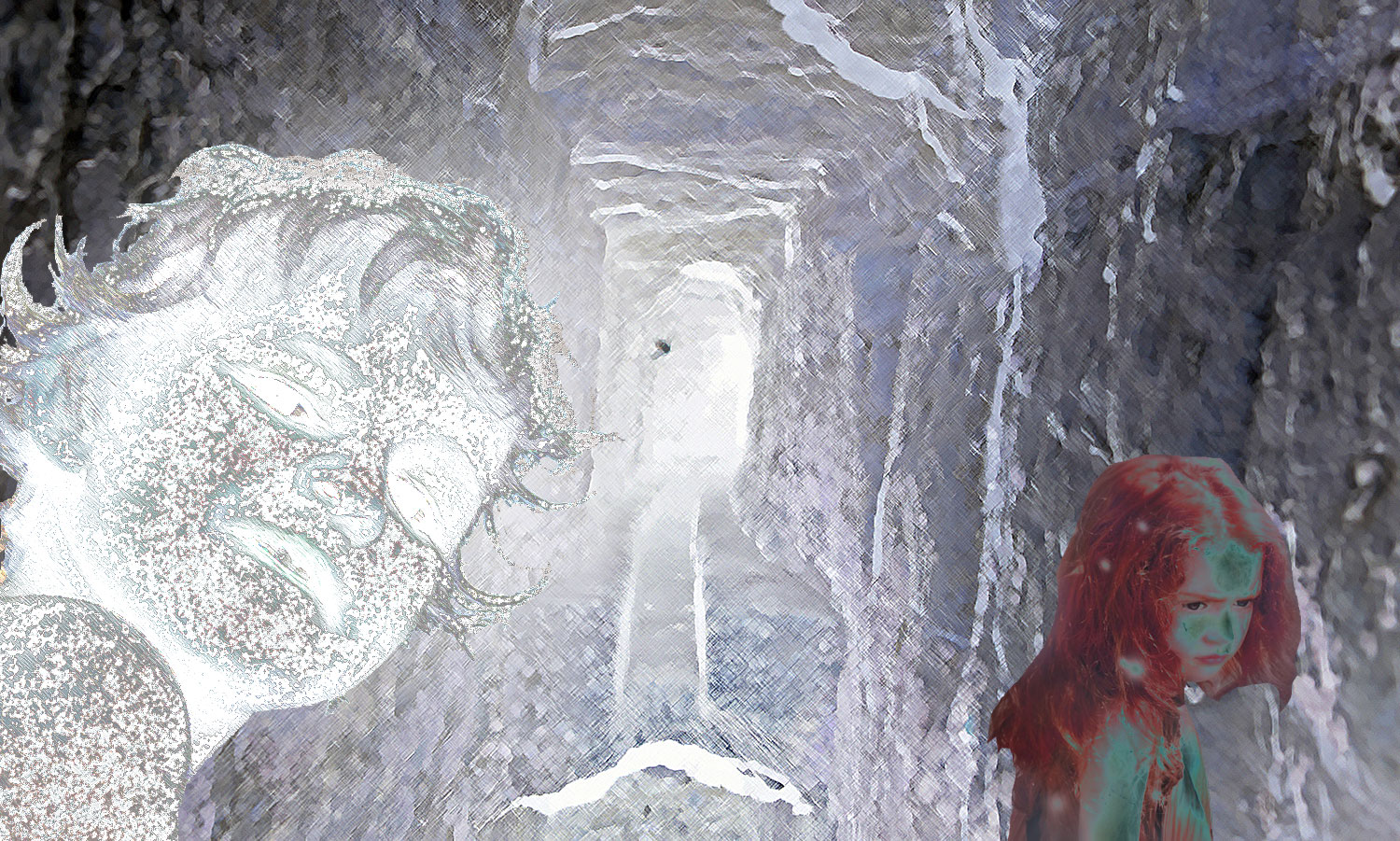 I show him. He examines my skin carefully, then gently passes his hand just above. And then, stupor! The burn is back, and the pain with !! I grit my teeth so I do not scream. I feel like my arm is going to fall apart. It’s intolerable, and my father’s old Thyann thing does not work anymore. Incredulous, I look at the old monkey, who is laughing softly. I hold my arm under his muzzle.
– Take that away right now!

What he does. At the first pass of his hand, the pain disappears. In the second, the wound disappears. Yima blinks like a baby monkey. He fucked me, the animal !!

And here, before our eyes, the old joker turns into a kind of lizard very uncomfortable. Yima the Reptilian? Yima the wizard, the learned monkey, the damn joker, the healer, the grumbler, the absurd? A strident laughter pierces our ears. The little female starts swelling, swelling more, we feel she’ll never cease to swell.

As she grows, her body begins to float in the cavern. Her skin turns pink. She lost her hair. In a few minutes she became a huge pink hippopotamus with two small blue dragonfly wings. Amyann turns to green and chooses to collapse. I only have time to open my arms before his head shatters on the rock.

Shaken we are. And then, strident, unbearable, burst the laughter of Lady Tamus whose deafening echoes rolled on the vault. In my arms, Amyann returns to him just to cover his ears. I do what he did. Without sound, the image is a little more bearable. 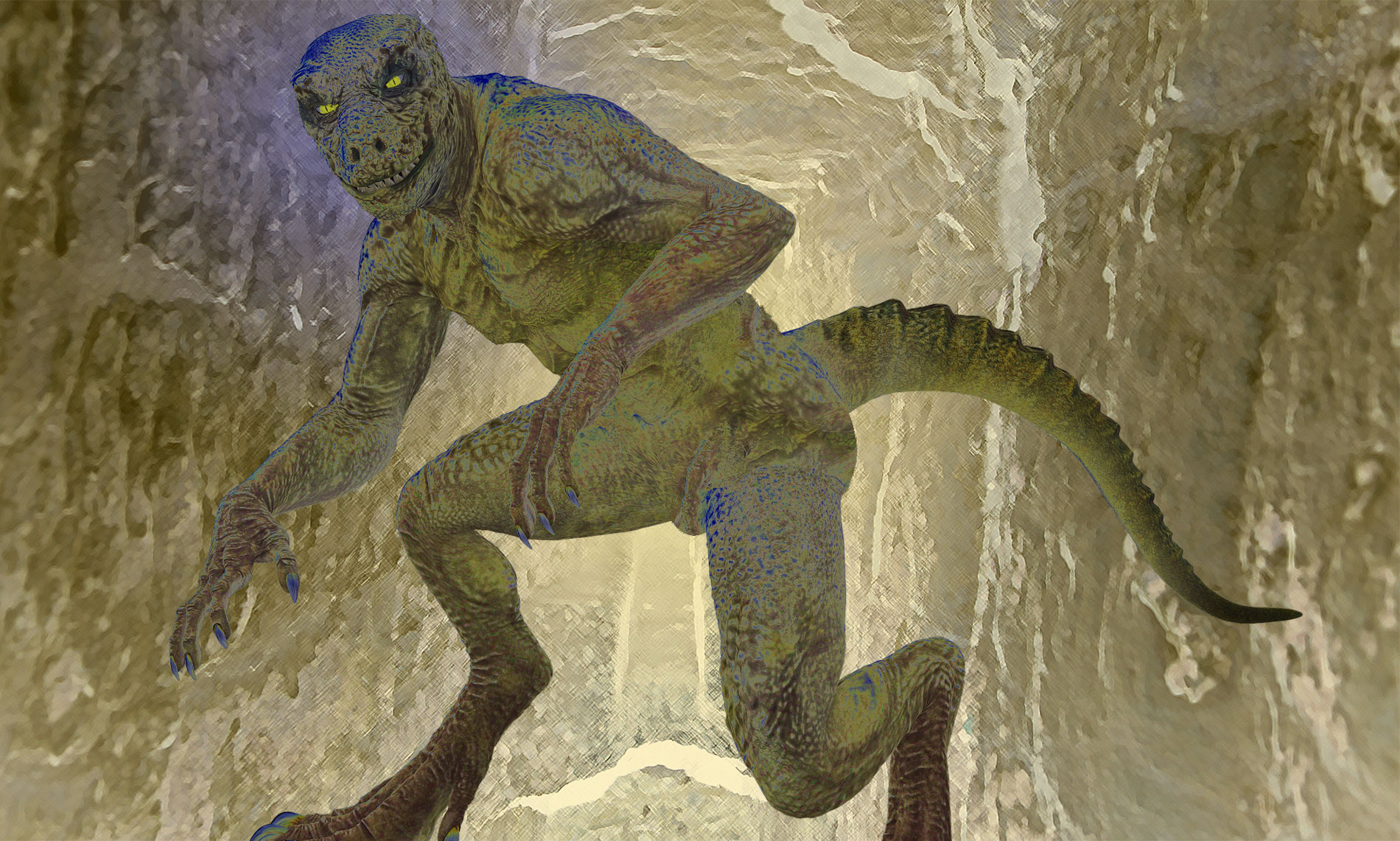 Read the continuing story of Aorn in Amyann Where Are You?