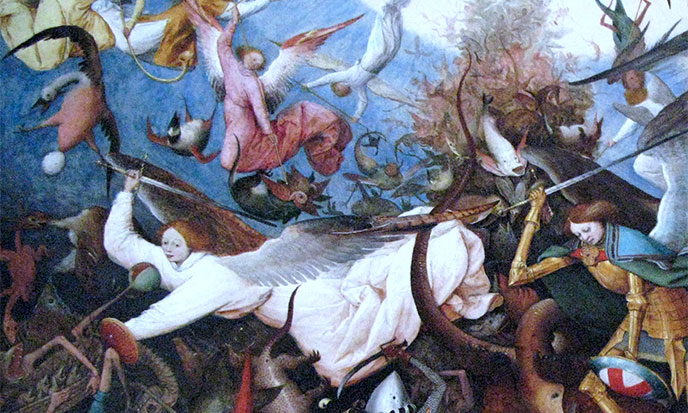 Before giving you the background of my thinking on this crucial question of the fall of the angels, I must quote the biblical version. Let’s start from the beginning.
1 When men began to multiply on the face of the earth, and daughters were born to them, 2 the sons of God saw that the daughters of men were beautiful, and chose some to be their wives. 3 Then the Lord said, “My spirit will not always remain in man, for man is only flesh, and his days will be one hundred and twenty years.” 4 The giants were on the earth in those days, after the sons of God had come to the daughters of men, and had given them children. These are the heroes who were famous in antiquity. (Source)Genesis 6: 1-4
That’s all Genesis says. From that, you can imagine what you want. And let me tell you, everything was imagined. Or almost everything. What leaves a lot of room …
To illuminate the scene, there are other sources of course: rabbinic and medieval in particular, but also Islamic, even Hindu, Sikh or Shinto. Last but not least, there is the Greek mythology, full of truculence. I read them, I had a dream, it happened. 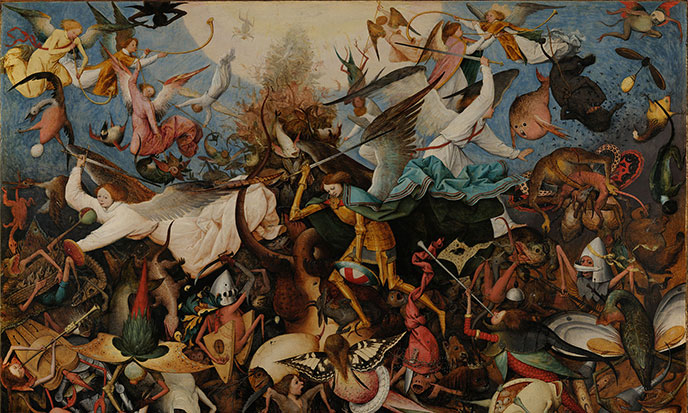 The fall ? Badaboum, final point. The angels broke their mouths and legs, c’est la vie. But this is not at all what you believe.
There are no rebels, there are many libidinous, there are the human beings, but there are no angels, and not Of divine punishment. Yet all is there, but in disorder. Wait and see. This is the story of a plane crash. A very large plane.
There were once powerful astronauts charged with terraforming the blue planet, which was then a wild planet. During their last stay, the ancient astronauts arrived over the North Pole in a gigantic mother ship that the ancients called Hyperborea, which literally means “above the pole”.
This mother-ship sheltered in its vast bunkers several ship-islands, to land in the planetary oceans. The island vessels were approximately the same diameter as the moon, ie 3300 km. As for the mother ship Hyperborée, it was the same size as our planet, with a diameter approaching 13,000 km. The terraformers were not here to laugh.
Hyperborea was in remote geostationary orbit, but its enormous mass produced considerable disturbances, its powerful attraction derailed the tides, moods and rules of women. People were as light as flies, but the blood in their brains killed them stiff, or made them crazy. The fate of the animals was hardly better.
The climate resembled nothing. Four seasons succeeded one another in the same day, as in Brittany still today. The volcanic eruptions succeeded the earthquakes, the fires were extinguished only by torrential rains, the droughts and the floods played at the four corners on the uncertain land.
A smaller island ship landed delicately on the Atlantic Ocean, under the command of Pacha Poseidon. Plato called it Atlantis Island, which he describes as circular, and divided into four continents separated by perpendicular channels. Such was the plan of the island-ship.
Apart from the crew of the Atlantean ship, which became Atlantide Island, Poseidon reigned over a large population: engineers, scientists and experts in all technologies, as well as all the specialists involved in the terraforming of this part of the world, next to the vessel-island, in Europe, in Africa and in the two Americas.
From the first contacts with the indigenous population, the Atlanteans began to crack for the human girls they did find to their taste. Numerous traditions claim that our creators – or rather our genetic manipulators – were reptilians. Their scaly and cold skins were to find our fine soft and warm skins quite to their liking. 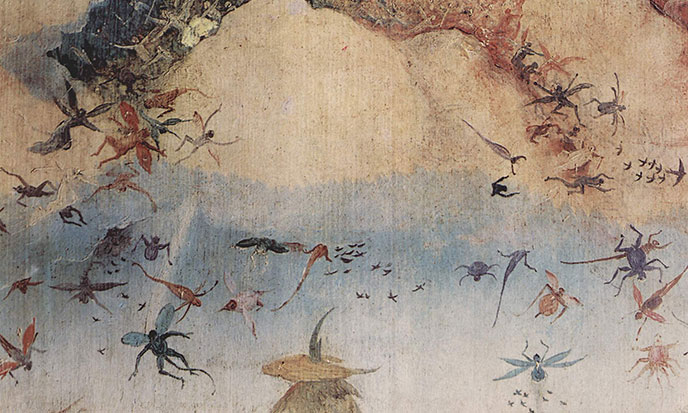 The son of Poseidon, a bellast named Atlas, was super-luminous by birth. He is therefore given the title of Son of the Sun. Is he good or bad guy? Being the chief of the rebellious angels, the Hebrews called him the Resplendent and the Romans called him Lucifer.
After a long period of time, the mission of civilization ended. So the island-ship named Atlantis leaves the Earth’s ocean under the command of Prince Atlas, son and successor of Poseidon. This episode has been told elsewhere. A miscalculation, a lack of command, or a blunder, all lead to catastrophe: the huge mother-ship, in its metallic hull 3300 km in diameter, misses the taking off and falls heavily into the waters of the Atlantic Ocean.
In another chapter, I spoke of a tsunami announced: the fall of part of the Cumbre Vieja in the Atlantic, and the damage it would cause on the American shore as on the European and African shore. Imagine the Atlantis tsunami a hundred times more. America and Europe legends give the surging wave the insane height of 4 kilometers!
The two continental coasts were striped from the map, and all the human buildings sent from the bottom. Their stones are the pebbles of our beaches. Myths and legends remember it under the name of Great Deluge, and tradition gives the date of 12,500 BP10,500 BCE
That’s all we have. The angels go down to earth, the rebellious youngsters kiss our sisters, they gorge themselves with buttocks, and then they pander their takeoff, here comes the fall. The myth is complete.
But divine punishment was for us. The astronauts regained their Black Star Hyperborea, warm and cosy in Olympus they watched humans drown. And they rejoiced at the show.
Think, then, on the wild planets, entertainment is so rare! 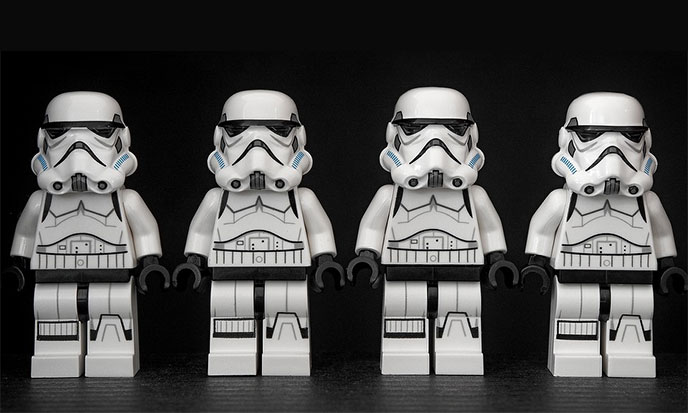