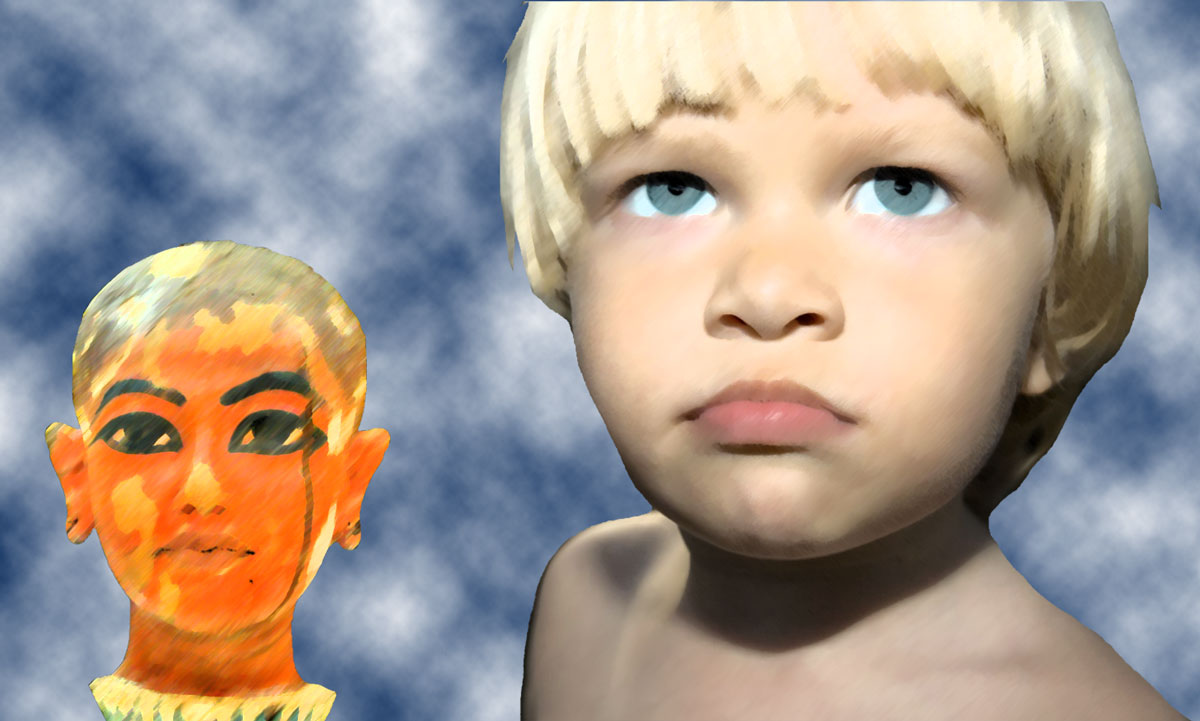 Aorn! Wake up, we must go down, it’s time! By these words, my friend Amyann made me come out of an incredible dream, where we were already at wise old Yima, or crazy kid Yima, the ape-man who has no age.

Me Aorn, son of Thyann of the Clan of the Insoumis, I put on a solid breaker slab under the impatient eye of young Amyann. It feels good to wait a little. It changes. Usually he is always dragging and me waking up before the hour. But this time, I was indeed embarked on a dream so real that the reality of the awakening can not dispel it. During all the time that we lasted the preparations, I was more or less attentive to the thousand tricks that the friend Amyann put in our backpacks. A good half of me lived at the same time the most extraordinary meeting of my short life: Yima Monkey Head!

I have already seen people like him in the underground, drawn on the walls of the caves. And I have already seen reptilian gods. From afar. Humans are fleeing. They can easily eat you for their lunch. We play it discreet, in transparent mode. In front of them, even many, one feels too little. We fade, we hide, we slipped out of the frame. We declare dare-dare. But people like Yima, have not, never seen that. He is vague, he is here or there, we do not know, he goes and my heart beats. What is that ? I can not look away. Impossible. I devour him with my eyes. Everything he tells is engraved in my memory. He warns me. He warns me. He warns me. And I take everything he tells me.

He is incredibly old, and yet he is my age. Amyann sees that I am not completely here with him. He handed me my bundle and without a word we started. I knew the way to the grand staircase. So I could continue my waking dream. While walking in the footsteps of my friend, I witnessed one of the meetings that would mark forever my childhood. The witness and the actor too, a little. Yima read to me, saw me, defeated me. But it was only a dream. The real encounter is in front. To come up. But now I know what to do, this face of monkey will not have me. Ah! Here he is !

Yima Monkey Face comes to us sniffing loudly. A tiny female sniffs on his heels.
– Do you have warm clothes? Yima asks gruffly.

The female slaps him with a stab.
– Yima! We say hello first! Kind of boorish.

– Hello, children, welcome home, asks Yima the gruff double. And most importantly, do you have warm clothes?
He turns to his mini boss and whispers in a very small voice:
– And there, Yimaëlle? It was good ?

But hey, there’s no Yimaëlle anymore. Gone. She evaporated in the tunnel, or she hid in a rock. Moreover, to look closely, there is more Yima either. Without having taken the slightest step, I am elsewhere with Amyann. Standing in a small white room, hermetically closed, and vibrating in a singular way with a long metallic sigh. Where did Yima go? Where are we ? 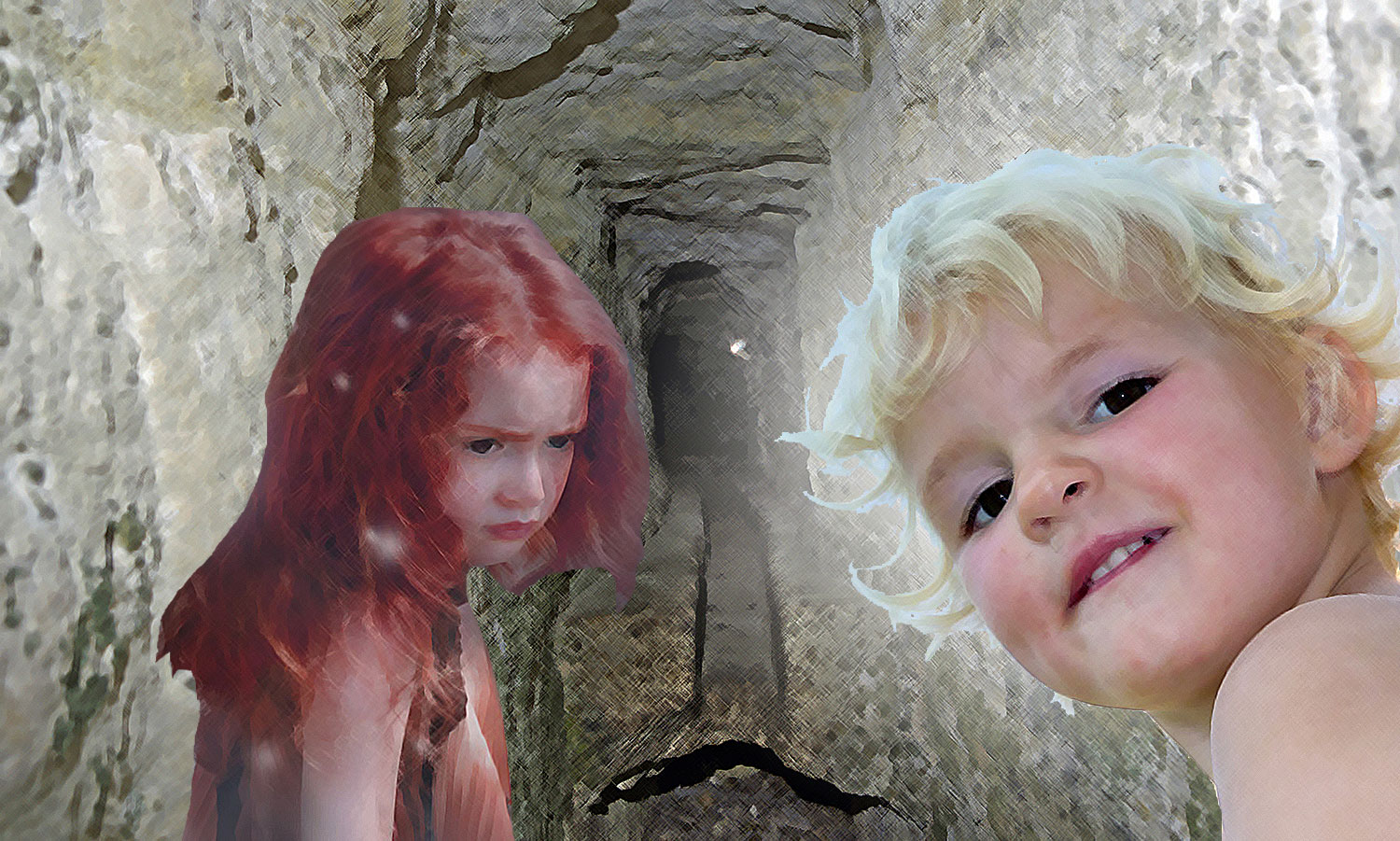 It’s cold. There are warm clothes on a bench against one of the walls. On the wall opposite, there is a dial where small lights flash. It’s getting colder and colder. Amyann has already started to caulk. His gestures are slow, jerky. Layer by layer, he methodically slips thicknesses over his tunic. I would like to talk to him, get his attention, but no sound comes out of my mouth. Do I still have a mouth? Curious this sudden drop in temperature. Curious and inexplicable. Underground, it’s never cold. Are we on the surface? Impossible, there’s nothing up there.

On the surface of the earth, the explosions and the fires of Gehenna stopped. The war of the gods gave way to the endless black winter. The lugubrious plain is nothing but ice and frost. The temperature sinks very far below zero. The sun never shows itself, hidden behind the screen of a polluted sky. It is not raining. It is not snowing. The ice is yellow. No living creature can survive. Deadly blizzards throw sharp ice like shards of glass. At intervals, a rolling fire tsunami melts everything in its path, bursting rocks, devouring the hills, leveling the earth and the pack ice. The black mud invades the ice, before freezing again as soon as the furnace has passed.

The rolling fire is the last gift of the gods. May they be a thousand times blessed! The hope of the mole men is entirely in this devouring fire. It warms what is frozen. Ultimately, it is he who will make the living space again. And mole men will let us out to repopulate this planet. And the seeds they own will revive the virgin earth. And the gametes they have stored will revive animal life. The large and small animals will once again tread the green meadows. Praised be the gods, let them be blessed a thousand times! This lesson, the mole men repeat as a prayer too often said, empty of meaning and substance, inactive. A prayer that no god answers. 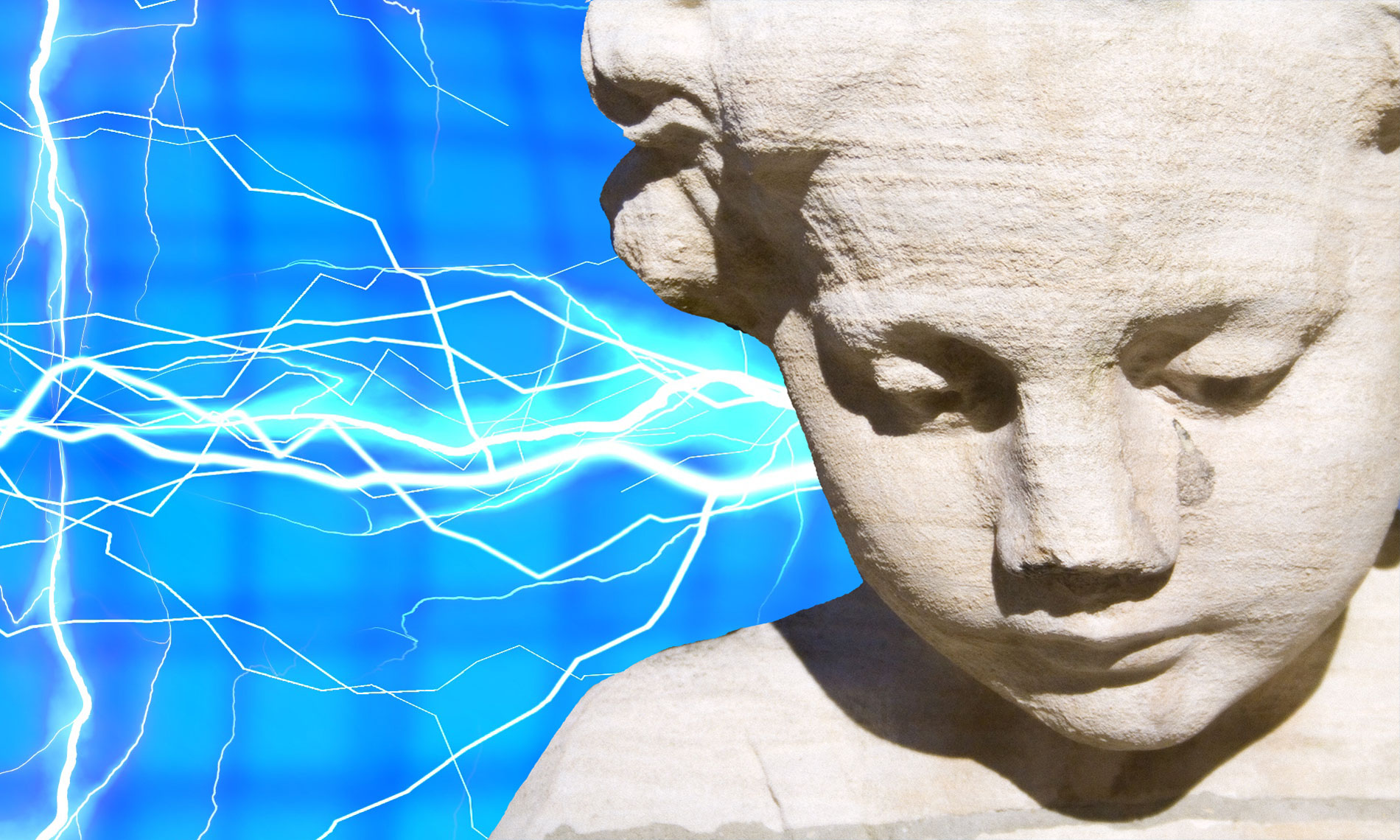 In my turn I put on some warm clothes, it quails too much. Hey? The whistling murmur stopped. The wall opens, it disappears on each side. We are outside. And it does not look like what the men-moles say. But then, nothing to see!

What an amazing sight! It’s … how could I describe it? … a landscape of nightmares, a landscape of death, scary of desolation … Not a tree, not a flower, not a blade of grass … Not a bird, not a sound, not a cloud … Oh yes, something has moved off. A puff of dust? A blow of wind ? A brilliant whirlwind magnifies visibly. It’s … it’s rolling fire !! It’s heading straight for us! Amyann, we are lost! How do we close this door ??

The Druids were the most learned men of the world.