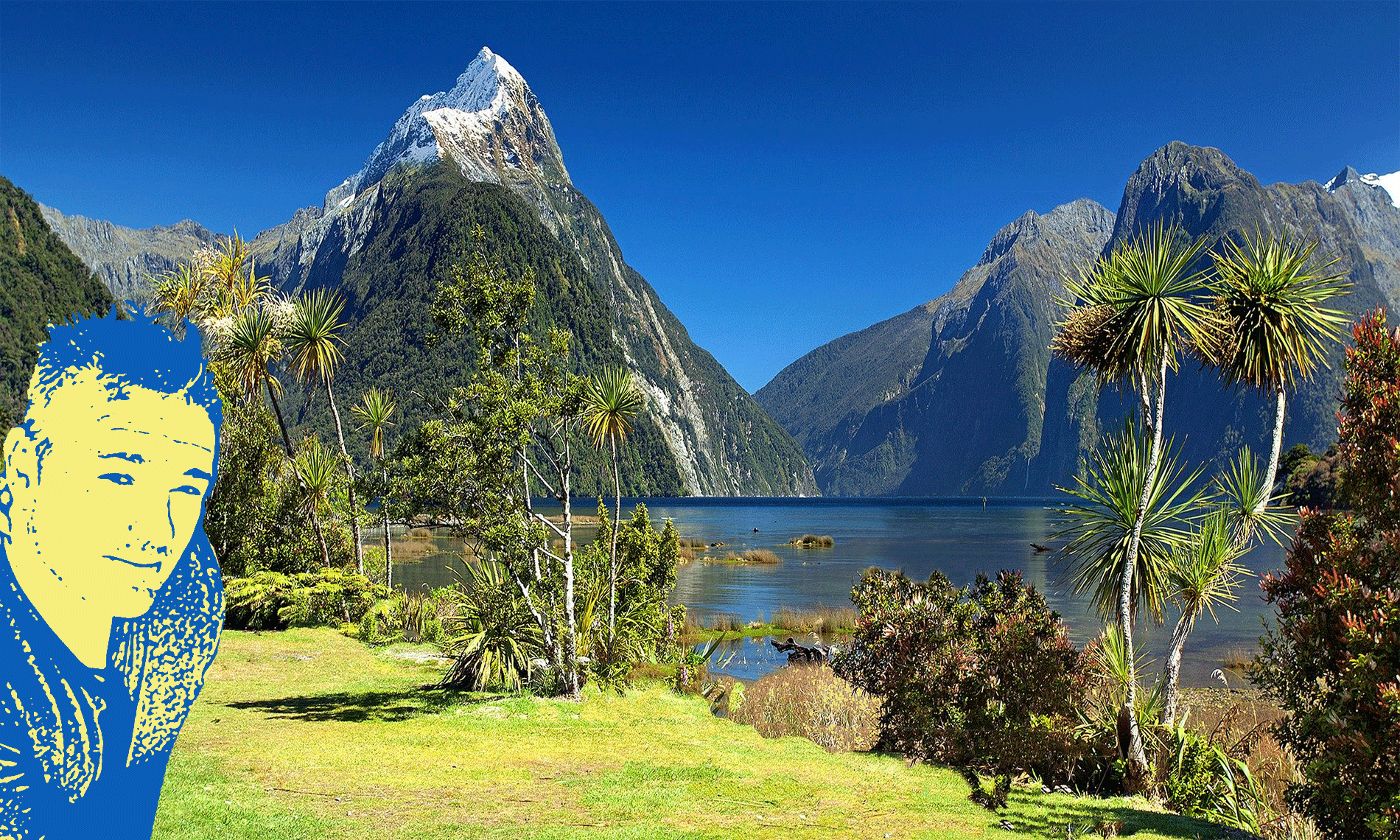 The unknown has to be earned. Twenty-eight hours of flight with twelve hours of jet lag on arrival. Long journeys are fascinating, especially when they last two days.

At the end of January 2020, we land in Hong Kong. Shock. A groping city: fearful, masked, furtive. Our discovered faces worry passers-by under their masks. They are in the pandemic and not us. Not yet.
The language of origins

New Zealand, capital Auckland, its Eden mountain, its Eden Park, nice nod to our favorite Saga. Long country, two main islands, as large as half of France with only 5 million inhabitants. The kiwis are comfortable. Exuberant nature, habitat from elsewhere. Like these villages of pioneers or gold seekers, which are numerous. A few plank houses, two streets that cross over time.

We speak English, we breathe Maori. The Maori are said to be native, they were once the conquerors. Discovering the place, they found traces of a megalithic civilization there, as everywhere on earth. They are still initiated into the secrets of signs, on stone and wood, sand or skin.

Do they remember the distant time when great travelers landed on our wild planet? They came to organize the Earth, their recent conquest, and they dedicated themselves to it for several billion years. These travelers have left their mark everywhere, in stone or in the legendary. But especially in the oral or phonetic language. They were the people of El, Elie, or E.

We may remember this “E” on the pediment of the Temple of Apollo at Delphi. Xavier, creator of this site, tells us that the creator of our species, this famous E or Eli, looks more like a soldier than a god in the current sense. Eli was the captain of Hyperborea, the admiral charged with the mission of planning the TER system of the AR system. (source) 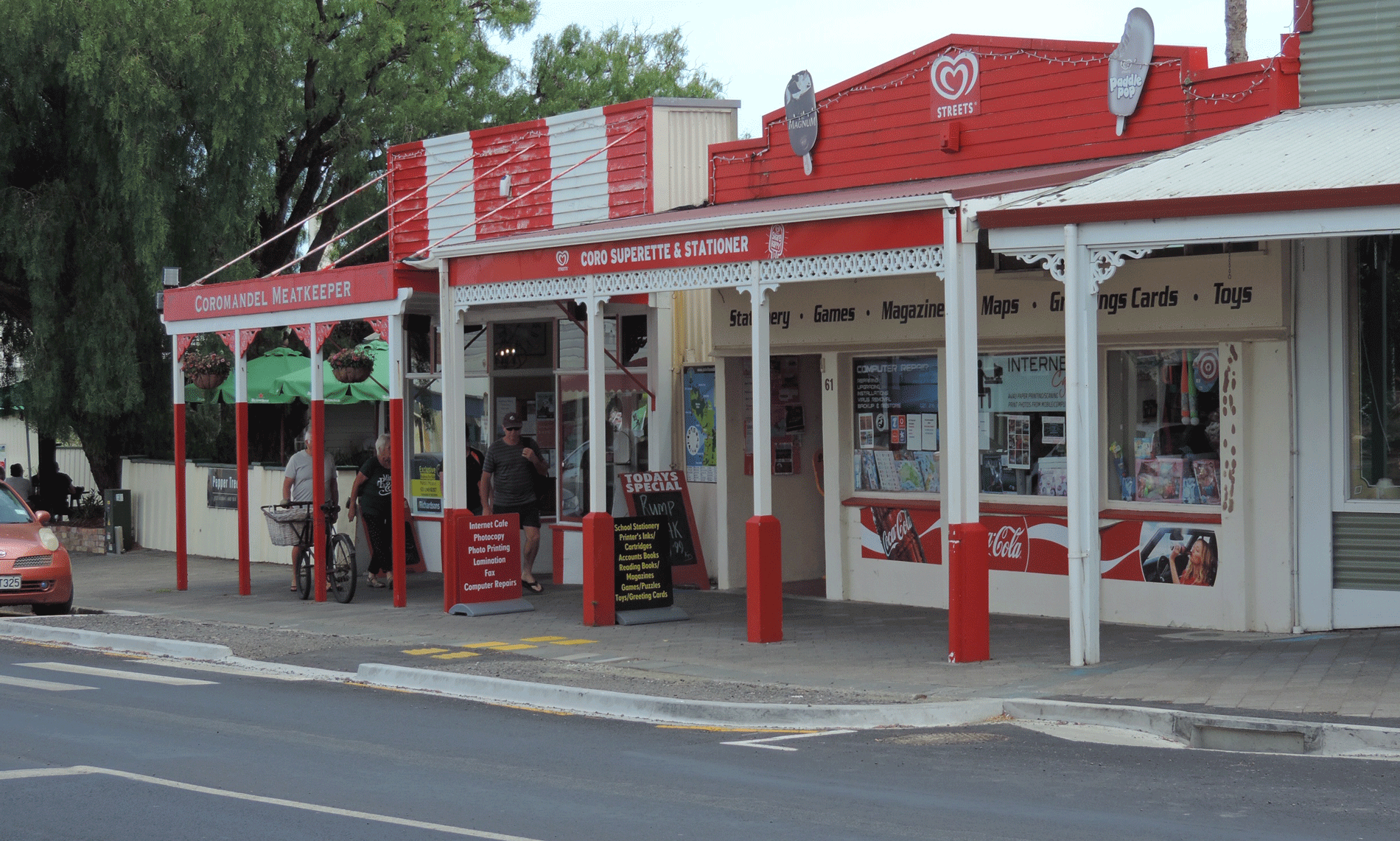 Sons of the Egg

I have already mentioned the work of the late Erhard Landmann. Iconoclast of great talent, also a great lover of comics, Landmann has noted in a number of legends the existence of a unique and active God, whose universe is full of traces, everywhere denominated or figured by the letter E. But what determination did he cut, grind, scrutinize so many writings in so many languages ​​and so many sounds!

E is the initial of “Ewig”, which means “forever” in German. Ewig is like Eve, whose deepest meaning escapes no one, the feminine principle. In Old German, E means egg. Like the original egg, this ovoid vehicle drawn on stones by many peoples.

Where do these children of the egg come from? We are divided on their original constellation. In the northern hemisphere, the Big Dipper is favored, in particular the star Alcor and its third planet named Ur (source). In the southern hemisphere, we turn to the Pleiades … even if Orion is magnificent in the southern sky.

The Maori people speak of it like nobody. In their ancient language, the same word designates the day and the Sun, and it is Ra. Like the ancient Egyptians. The Maori, people of the Sea if any, have kept everything, the legend and its sounds, and let us enjoy it. They are magnificent: solid and rough, defiant and distrustful, welcoming and tolerant.

Their language sings the history of the world, their paintings and their drawings color the history of each one, their magnificent tattoos are a treat to contemplate. It is necessary to decipher the hollow tattoo, to look at the space of skin which is not colored. The traditional tattoo is the Moko. All Maori, young and old, are decorated. Granddads are not alone in wearing the Moko.

In Maori, New Zealand is called Aotearoa. As I write: A OT EA ROA. The encyclopedia specifies that we do not really know the origin of the word, but it gives the probable translation: “the country of the long white cloud“. According to a recent legend, the wife of the Polynesian explorer Kupe would have exclaimed He Ao, he Ao! (a cloud! a cloud!) off New Zealand.

The first territory visited by Kupe was therefore called Aotea (White Cloud). Then, when the larger spaces beyond were discovered, they were called Aotea Roa (Long Aotea). You agree? So, so? To be honest, I find it hard to swallow. Digginbg the question I discover that Aotearoa would mean “very distant kingdom“. A significance relating to the journey. Like it. The track becomes pleasant.

From the explorer Kupe, who would have visited Kiwi country 6 or 7 centuries ago, we know very little, except the cry of his wife. But we hear one thing, which tells us that, perhaps, once again, we are confusing the character and his vehicle. Küpe in German is “the vessel”, a cylindrical object – much like Kügel, the squash. It designates the means of transport rather than its pilot.

The researcher blesses this good old habit of naming what we discover by referring to where we come from. Like for example New York, New Orleans or … New Zealand, from the Dutch and the Flemish province of Zealand.

Zeeland. Zé land (See in German, which is pronounced Zé, which means the sea). The land of the Sea. Ah well, no long white cloud here? Magnificent in precision, the Maori offers us redundancy with Ot and Ea associated in the same word, which is none other than the name of the constellation of origin of all-powerful visitors. The one their legends are talking about.

Ot, this is the original house of their ancestors, their “Heim-at” (Heimat in German means house, abode) the other name for the Pleiades. And this redundancy in fact, they explain themselves in their legend, their parent company being both in the Pleiades, but also on Earth.

This is how, to establish a new Marae, the common sacred house, they take at least one stone from an old Marae, so that the spirit continues. Continuity, family roots, everything comes together in their culture. Okay, but there’s something weird all the same. Why all these allusions to Goethe’s language? The Maori speak German ??? No more than we do.

But there too, Landmann’s brilliant intuition is confirmed. We can go to the end of the world, in a language that has nothing to do with ours, Landmann’s hypothesis is verified. That’s what made me jubilant. Landmann worked on old High German, on the trail of the original language, a language that would still be spoken in a good part of this galaxy, the Milky Way. And of which traces remain everywhere on earth, in all languages.

Yes, all around the world, we express ourselves according to an ancient, spatial, galactic code, the precious phonemes, which everywhere have the same deep meaning and of which Old German is a wonderful conservatory. The Code works everywhere, it’s confusing! One day next, if Xavier wants him, he is impatient, I can tell you! I will show that it is the same for the signs, the decorated caves have given me a good part of their secrets.

The Maori language is no exception to the first rule. The name it gives to New Zealand carries with it a double belonging, to the past and to the present. Ot and Ea coexist by strengthening the anchor. They come from the Pleiades, those who created us. Legends everywhere know it, tell us and repeat it.

Whether in New Zealand or on Easter Island – another Maori territory – their legends also speak of “Mata Riki” to evoke both the land where they took up residence and the legendary kingdom of the past, there high in the stars.

And once again, information to the incredible phonological statistics, the German language comes to our rescue. What are the chances that words will have the same deep meaning in two languages ​​that are not connected? Very little indeed. Otherwise not at all.

But there it is: Mata Riki, it is a form of Old German spoken with accent, a delightful creolization. Mata is “mächtiger”, powerful, and Riki is “Reich”, the kingdom. Mata Riki is simply the mighty kingdom. The one the Terraformers came from. Those who defend the kingdom are often knights, “Ritter” in German, phonetic neighbor who reminds us that all sounds make sense at the Adamic mixer.

And before moving on to the great toponymy of Aotearoa, I throw a stone in the pond of the translation of the Haka of no less brilliant All-Blacks, I offer this, special big-up to Erhard.

I would like to conclude by presenting two place names to introduce to the delusional toponymy found there. One of the most famous places is called Taranaki. TARANA-KI. How then did African migrant navigators name their distant colony across the Atlantic? Tarana!

The immense Pathé Diagne tells you the fascinating story. Taranaki, the Land of Tarana … Have they also pushed so far, sailed on all the oceans of the World? And why, so insistently, does the myth of an Africa cradle of humanity persist? Is it not simply the tenuous persistence of the memories of these star travelers, and of the obvious sound imprint they left behind? If there was nothing else, it would already be considerable. But there is much more.

The second place returned me. Volcanic coastal region with sumptuous beaches, it still has an airport, caricature of an ancient astroport that was there several millennia ago. The original name has remained: Taurana. Ta Ur Ahn A (b). There, Ur’s ancestors came and went. A punch in my face! I haven’t landed yet. 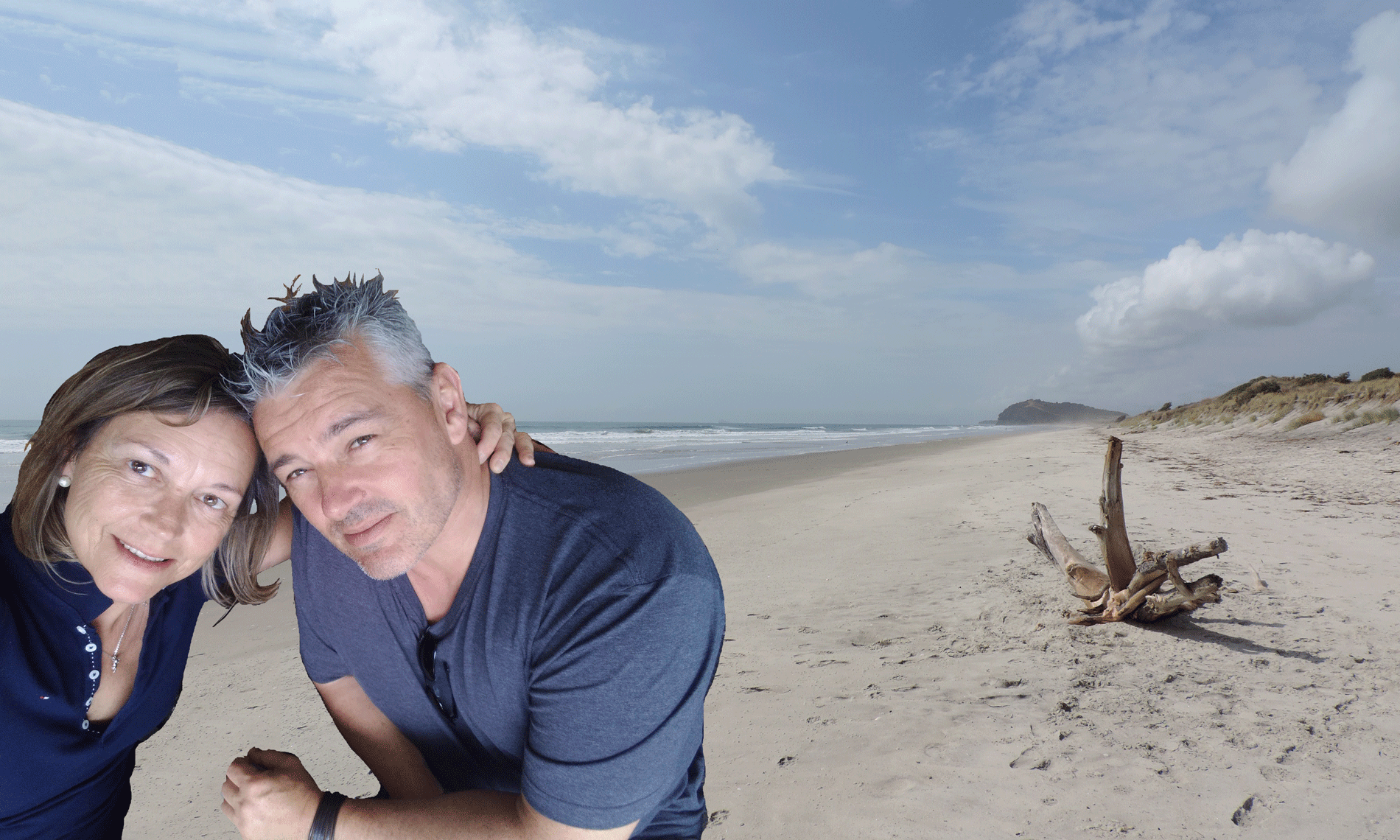