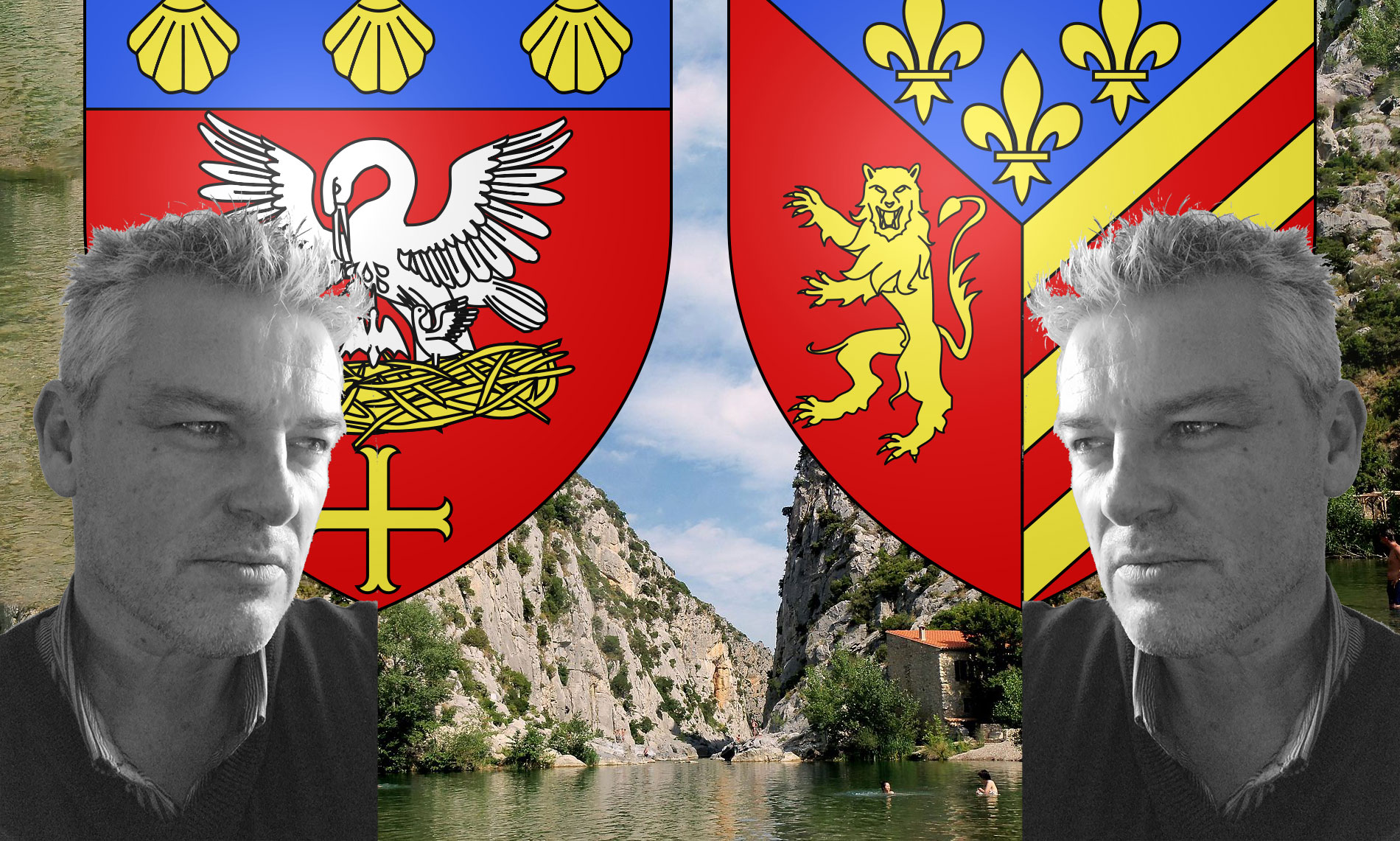 In my long-term discussions with Xavier, I insist heavily on the sounds’ resistance to the passing of time. Often toponymy tells us the true nature of places. In this human history with uncertain time and dates — see for example the breach opened by the recentist theses — I really dig the music of words.

Toponymy is the study of the origin of place names. Is it an exact science? Yes, no doubt, but less exact than the poetry attached to the object of its study. True to certain lines of research where guesswork stands for alpha and uncertainty stands for omega, let us have fun deconstructing some places attesting to the very old human presence and showing what is hidden behind the names of these very places.

Give honour where honour is due: let’s start with Tautavel, whose “name may come from a local lord.” It is just an assumption. Let’s find out what Wiki has to say: The first mentions of the name are Taltevul in 1011, Taltevolo in 1020, then Taltehull. In Catalan, the name of the municipality is Talteüll] or Taltehull, [təltə’uʎ] in traditional pre-normative script. These appellations are derived from the pre-Latin root Tal or Tala which means breakage or cliff, reinforced with the Latin suffix Tav which means hollow or ditch, and evolves in Catalan towards Tevull or Teull forms; these forms are very common in a large number of place names throughout Catalonia. Indeed, Taltehull Castle is located at the top of a steep escarpment. Joan Coromines explains the origin of the toponym Talteüll from the sentence, said by the lord of the place, referring to his castle Tal te vull! “So I want you!” I want the castle to be and remain to me, do not become the property of another lord. (source)

Yeah. The soundtrack sizzles a bit, the recording seems too old. So let’s start the time machine and cross the wall of memory. You who read these lines, you know our hobbies … so follow us in Hyperborea. As in the Urals, some Hyperboreans settled in Catalonia, a country of proud and noble people, rough and true. A small digression on Catalonia, Gotholandia or Gothalugna, the Goth people, emissary of Goth, Gott in German or God in English. And as for digressing, I put a ladle: the word gotha, the elite, also comes from the same original word Goth / Gott / God.

Hyperboreans settled in Catalonia. Carriers of the first word, our dear Golden Tongue. They have designated their point of fall and its inhabitants with a single word: Tautavel. Tauta-V-El. Teuteh Von El, in Golden Language in the text (which survived well in Old German). Teuteh, Toth, Tiut, for people. El for ElleShe the boss, Anne as Bretons say, Great Goddess Ana.

Tautavel, Teuteh Von El, the people of El. Well, say so! 650,000 on the counter, we know that the old Germans have a long life, but that’s beyond anything. Okay, it’s years, not kilometers. Okay, it’s not quite German, but it works, doesn’t it?

A people that would have arrived in this corner of the world 650,000 years ago. Such is the presumed age of the first identified Tautavel man, according to the prehistoric museum of the spot. So I took back the data. And I was delighted to read their etymological explanation.See above 100% pure bullshit.

650,000 on the counter, we know that the old German cars have quite a long life, but that’s beyond anything. Okay, it’s years, not kilometers. Okay, it’s not quite German. And it’s not even cars. But it makes the deal, I suppose. 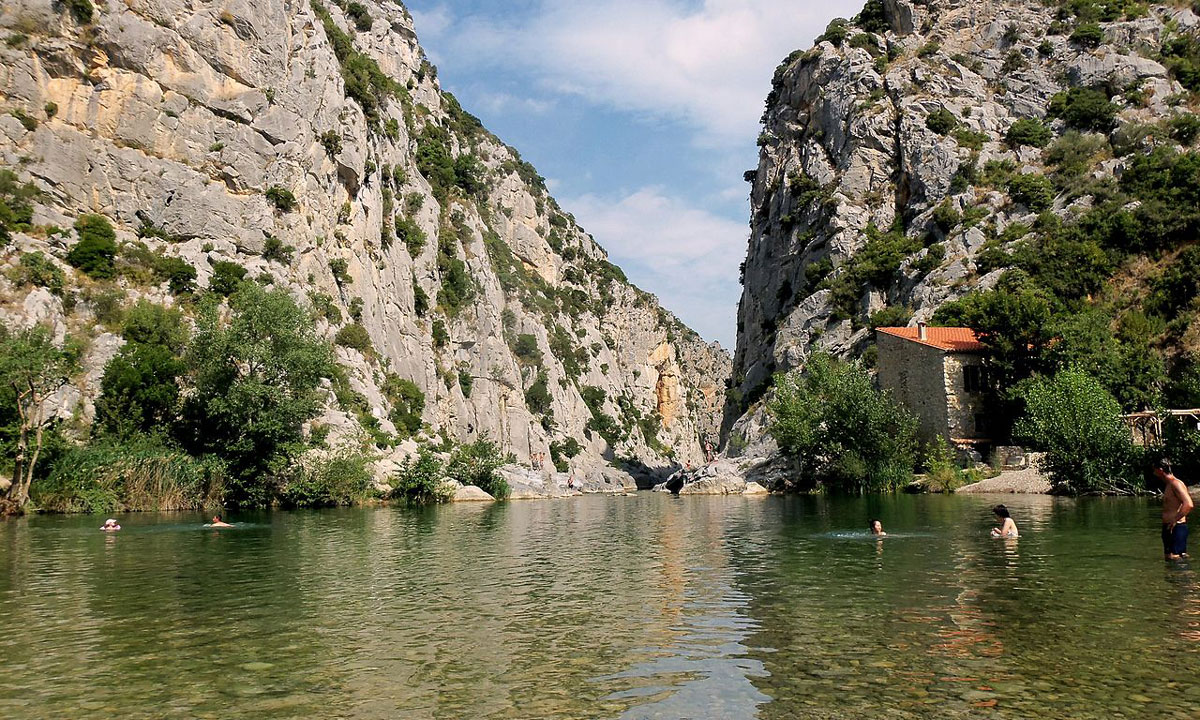 Another place, another story, a bit the same. Bozouls, Aveyron. Remember the name of the ancient Wodh, the Odious Odin evoked by the friend Xavier. These phonemes in “B-Od” can not be innocent. Pifometry force, it feels the right plan. What about Bod in Aveyron?

Let’s start with the beginning. Visit the Aveyron my friends, neighbor of the sumptuous Lot, the departments of truth and beauty. Aveyron is a mine of information on our ancient human history, a department of enlightenment. It is only necessary to count the innumerable stones raised, stuck, or the dolmens of the perimeter. More than in Brittany, that’s saying! To believe that the Celts … But this is another subject, which we will discuss soon. So Aveyron. Whose prefecture is Rodez, a magical town populated by inhabitants called Rut (h) enes. Coming from the tribe of Rutenes, coming directly from Ukraine or Russia populate this beautiful place. (www.genealogie-aveyron.fr). Toponymy reveals many unexpected geographical connections. 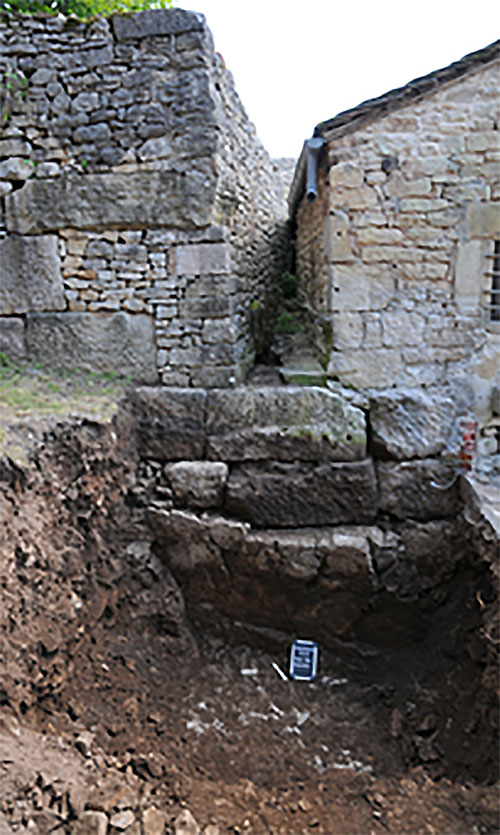 Let’s go to Bozouls. Again Wiki: The prehistoric occupation was dense: the Causse Comtal seems to be one of the regions of France where the density of dolmens is the strongest. Their presence around the draille confirms the age of this route. The Roman occupation was also very strong: sixteen names in “ac” at least in the town of Bozouls, the remains are flush in every corner.

The old form of the name is Baodone then Boazon, pronounced Bouozou [ref. necessary]. Bozouls is an old oppidum placed on a promontory with vertical cliffs, in a loop of Dourdou: the remains of an old wall, made of Cyclopean blocks show that the promontory on which rises the church Sainte-Fauste was barred. Below is the famous abyss, called Trou de Bozouls. A statue of Gallic figure found near the Viguerie, in 1958, would suffice to prove, if it were necessary, that the installation of the man in these places is old. (source)

The treasure hunt is getting confused. We start on the track of “Bod”, intuitively, and we find ourselves in front of a very old site, a wall made of cyclopean blocks. Xavier would be right then it happens to him! (xavier note)? The quest inevitably leads us inevitably to cross the track of the “invaders” of Hyperborea? Bozouls would therefore be a site carrying a common history, on a smaller scale, than that of Baalbek? A site telling us about the immense breath of conquest.

In the vicinity (remember Ramatuelle and Cogolin), there is necessarily another spaceport, say the logistics back base. Who would bear a name close to Cogolin — Kugel, the sphere in German, designates what lands there and flies away from there. Hello, the net? A few kilometers from Bozouls, an almost phonetic neighbor: Buzeins. Wrong path ? Come on, we look closer despite everything.

According to the legend, Buzeins was called Cuges, probably named after the tributary of Aveyron. Legend has it that this village, built on top of a volcano that one day woke up and erupted, was completely destroyed by this natural disaster. The village was rebuilt on the Causse, not far from the peak that dominates it today. Buzeins has been known for a very long time; in 942 the village was called Buzingis. In this name we recognize a Germanic toponymic root and derivation; that is why we suppose that the domain of Buzeins belonged to Germans during the first centuries of our era (from the 3rd to the 5th centuries). “Buzo” is a person’s name, “bod” which means messenger. (source)

Small rectif: Buzeins was called Cuges, just like the tributary of Aveyron, because Cuges is Kugel and Kugel is the sphere, that of the spacecraft. Fabulous to see that all tracks intersect and overlap! I guarantee you that this is only a beginning! 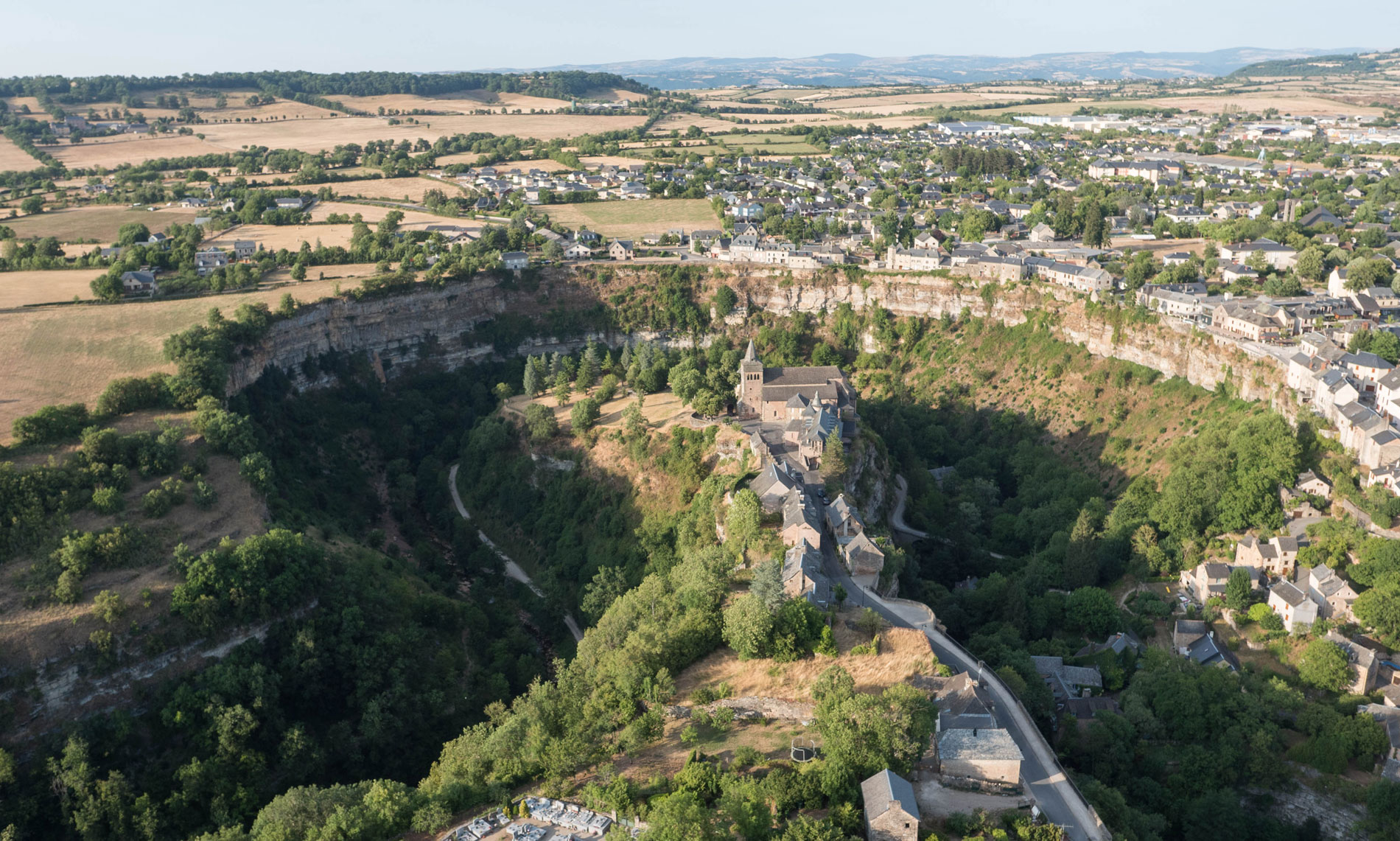 To sum up: Bozouls, an atypical and remarkable village, was built on Cyclopean walls. The photo shows us a beautiful place from where came and came the shuttles of Hyperborée. And not far from there, Hub of ancient times, Buzeins acted as a rear base, for the transfer of goods supplied or harvested, like, why not, the abundant rye that gave its name to the neighboring Ségala?

A working-class hero is something to be. If you want to be a hero you can just follow me.