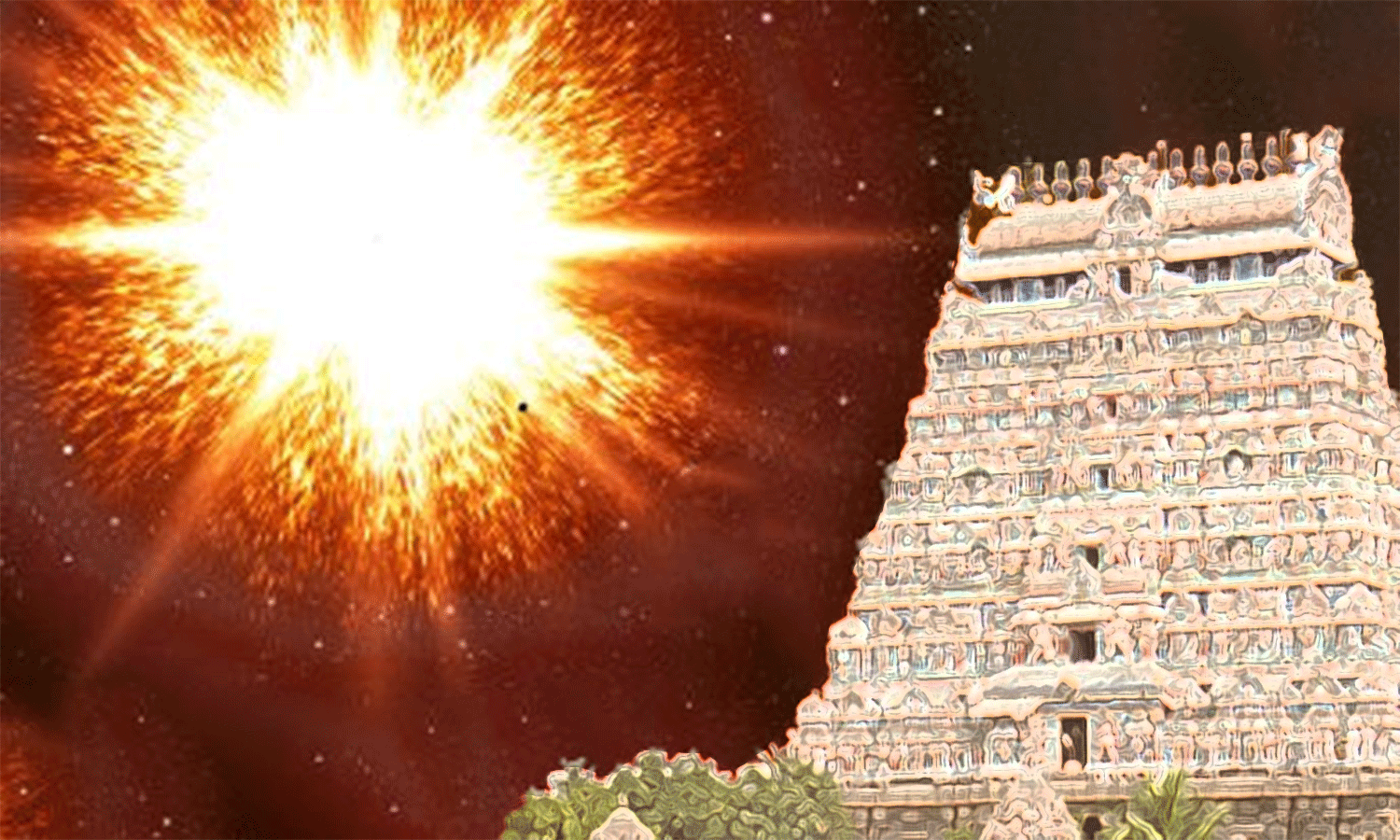 The young Rama is given an adult task while still a child. He must destroy a horde of demons, the Rakshasas. The description of these humanoid monsters akin to the Nefilim giants, bastards of the astronaut gods Anunna / Elohim / Olympians.

The Power of Intention supports the young man’s arm. In no time, he defeated these horrible killers and sent them ad patres. Sage hermit Vishwamitra who gave him this formidable task welcomes Rama for his stunning victory; then he gives the young hero many arms, two main types, handheld weapon and missile.

The weaponry is categorised into shastra – a handheld weapon like sword, lance or mace. The other is astra – a projectile missile invoked by reciting hymns. This chapter lists out those missiles that are given to Rama and in next chapter an account of some counter-attack missiles, called upasamhaara astra-s is given which can be used to nullify the enemy’s missiles.

The Ramayana and other sacred texts of Vedic India have been the subject of an original translation: instead of the usual neutral terms, the translator gave the weapons their modern name. The effect is striking. Unfortunately I do not have the reference of this translation copied on the web in 2007. Ifever you have details about it, contact me, thank you. Here’s the text. 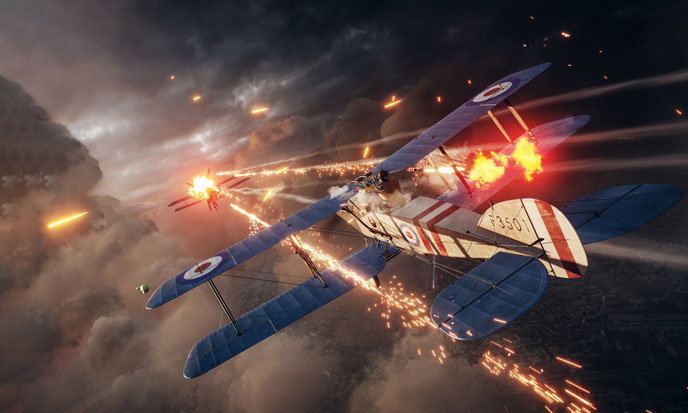 “I am going to give you all of those divine missiles by which scores of gods, demons, or even from gandharva-s, uragaa-s and the like, or even earthlings are dominated, humbled down and conquered in war. Let safety be with you.  “Raghava, I am going to give the highly divine Danda disc [Punisher disc]; next, oh, best one among men, Dharma disc [Virtue-disc,] and like that kaala disc [Time-disc].

Oh manly tiger prince Rama, I am going to accord two maces that are brilliant by their radiance called, the Modaki, [the Beater,] and Shikhari, [the Tower of Protection.]

“Oh, Raghu’s scion, I will also give two projectile bolts, one called shushka, [The Drier] and the other aardra, [The Drencher,] and even the missiles of Pinaaka and that of Narayana, [the missiles of god Shiva and Narayana,] I will give.

“Oh, impeccable Rama, thus a well-known missile shikhari [The Tower,] and another the fond of Fire-god known as prathama [The Blower,] and a missile of Air-god too, I will be giving.

“Oh, Raghava of Kakutstha-s, I will give you two missiles named Haya-shira [The Horse-head] and Krouncha [The Wrester,] and two Impellers, one presided over by the power of Vishnu, and the other by the power of Rudra.” 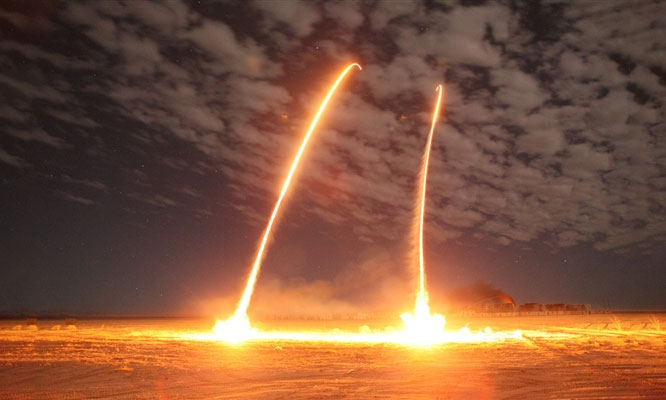 The reader figures out that Rama thus strapped with highly lethal explosive weapons don’t ever fear anything or anyone, and that his personal arsenal is complete. In this the reader is dead wrong. The appalling list is far from complete, which makes me wonder. How after reading these lines, can some archaeologists still deny our technological past? How priests, pastors, rabbis, imams and other servants of God can deny the violence and aggression of the former gods? How did our educators manage these conjuring tricks? We must have been fast asleep!

The young prince Rama does not sleep. Rather, he rubs his eyes, amazed by the power of his new weapons. The hermit Vishvamitra resumes distribution.

“I will be giving all those weapons that are wielded by demons, namely the deadly Pounder named Kankaalam, and Rods named as Kapaalam and Kankanam, for the elimination of those very demons.

“Oh, mighty armed son of the best king, I am giving a great missile named Vaidyadhara by its name, and a gem of sword named Nandana. Thus, the missile which is very much liked by Gandharva-s, namely Mohana, [The Stupefier,] the missile called Prasvapana [The Inducer of Sleep,] and the gentle Prashamana, [The Pacifier of enemy’s anger.]

The litany continues on many verses it would be tedious to reproduce here.

Other weapons handed in Rama are the Ruisselant varshaNa, The Drencher shoshana, The Moistener santaapana, the Most Humid vilaapana, The Poisoner, The Inhuman manava, The Monster paishaca, The Glacial shishira, The Hallucinating Maya-Maya, and The Sun of Suns Teja-prabha with a dozen other terrifying bombs, rockets and missiles.

This text calls many comments in addition to those I have noted above.

It should first be noted that it is from the Ramayana or Race of Rama, which was written between the 3rd century BCE and the 3rd century CE. Ie long after the earthly life of Rama, I located on the edge of the age of Aries, around 2000 BCE.

The detailed description of these terrible weapons is rendered wobbly by ignorance where was the author on the exact nature of these weapons. None of these weapons was no longer available in the 3rd century BCE. They are embellished, magnified, deified by an author who has never seen themm shooting and killing. Moreover, these weapons are always presented in astral form, which is probably very far from battlefields’ reality. The former gods possessed a far from virtual arsenal. The effects of bombs on living organisms have been described elsewhere. I will not repeat. 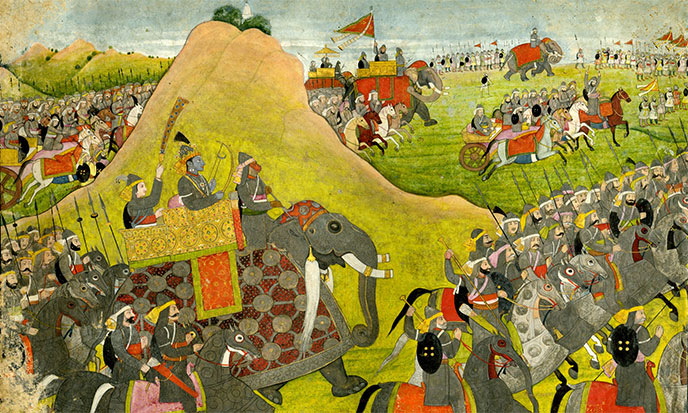 French readers familiar with Ramayana may wonder of these descriptions in modern terms. In the French version of the Ramayana, there is nothing like it. Agreed. The weapons are translated as arrows, spears, clubs, daggers or swords, no mention of bombs, rockets or missiles.
It is true that we can translate the Sanskrit terms in one way or the other, but I find quite ridiculous to talk of an arrow that spits fire of a thousand suns, or a club that shoots lightning.
The French version published by La Pleiade Gallimard under the direction of Madeleine Biardeau seems voluntarily reductive. Weapons received by Rama are  presented in the most innocuous way possible, unlike the English version here given.

On this point, as on all others, having expressed my point of view, I leave to the reader the freedom to get his opinion.