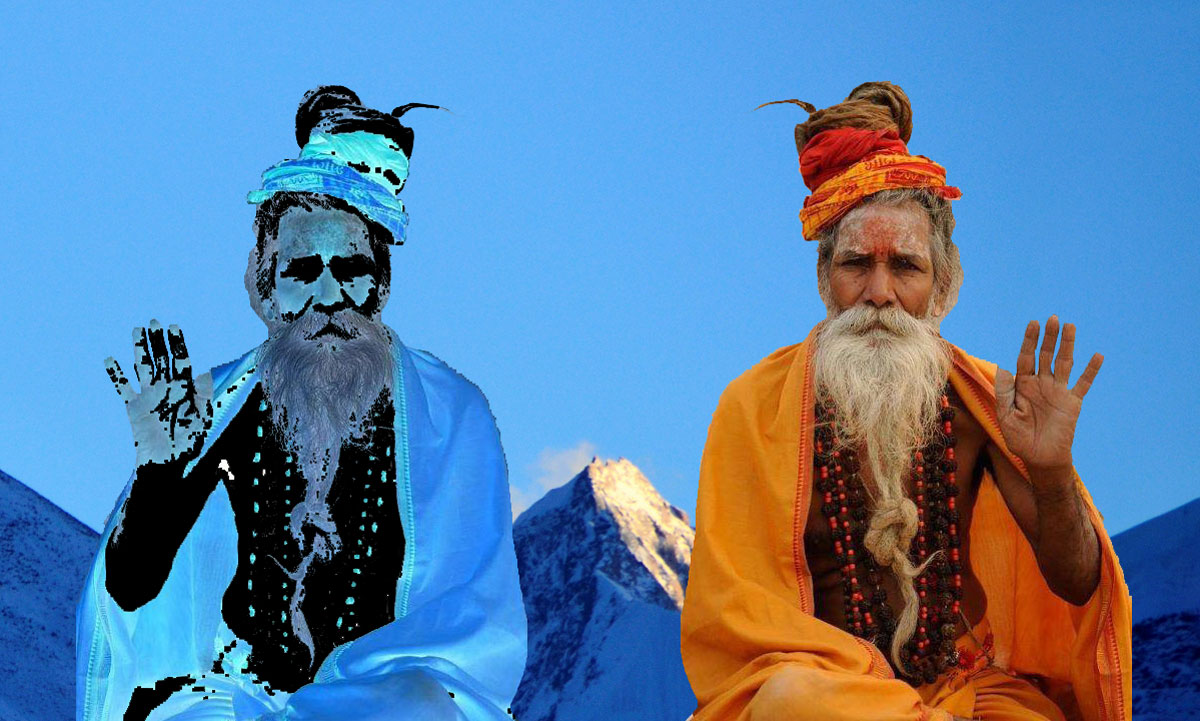 Time passes slowly with a kind of majesty. In the quiet shelter of a mountain setting, time goes round and round. Here nothing has changed since the dawn of the world. The bunch of hippie invaders resemble the bunch of British invaders during colonization. The settlers are changing, still the same houseboats are greeting them.

Several long weeks have passed since we arrived in Bombay. The incidents of the second day, the panic of finding ourselves broke and busted without a penny, the epic journey that brought us to Kashmir, all this frenzy is already far away. We have gently taken the pace of the tropics. Here we leave time to time. Micha gets impatient a little, because the friend Gilles does not pretend to want to move. He is in touch with his guru Prince Miguel. Everything to his devotion, as soon as it is a question of satisfying the least whim of the Master, Gilles shows an eagerness that I did not know him.

I found another master, more interior. The sadhu who serves as Shafi’a chaplain for our community, Bom Shankar, has me rather to the good. I spend hours smoking his charas, black, mellow and perfumed, while he distracts me with his grimaces and his inimitable accent. Even better than Peter Sellers disguised as an Indian in The Party. You know, Birdy Nam Nam. Bom Shankar makes me laugh too much. But not only. Casually, he tells me his naive and beautiful religion, Papa Shiva, Bom Lena, Bom.

At the time, I always thought he was kidding. It’s true that he made crates of it, the dear old monkey. Too many mimicry, too much sleep, and his famous grimaces who had all the morphing before the hour. In the end it was all camouflage. As I said, as soon as his audience was stoned, or rather high, he started teaching. The antics served as a breath, they distracted the attention of the essential. We thought we were at the circus, instead of thinking we were at school.

Let’s not forget that May 68 was very close, still very present in the heads and hearts. The allergy to school and university lies possessed all young people. The hippies of India had left Europe to escape the grip of the gray and cold power that had followed the eviction of the old general. He had left of his own free will, but we had pushed him out anyway … In short, we were not there to resume the classes we had dried. And that, Bom Shankar was smart enough to realize it. So he multiplied grimaces and comical contortions. 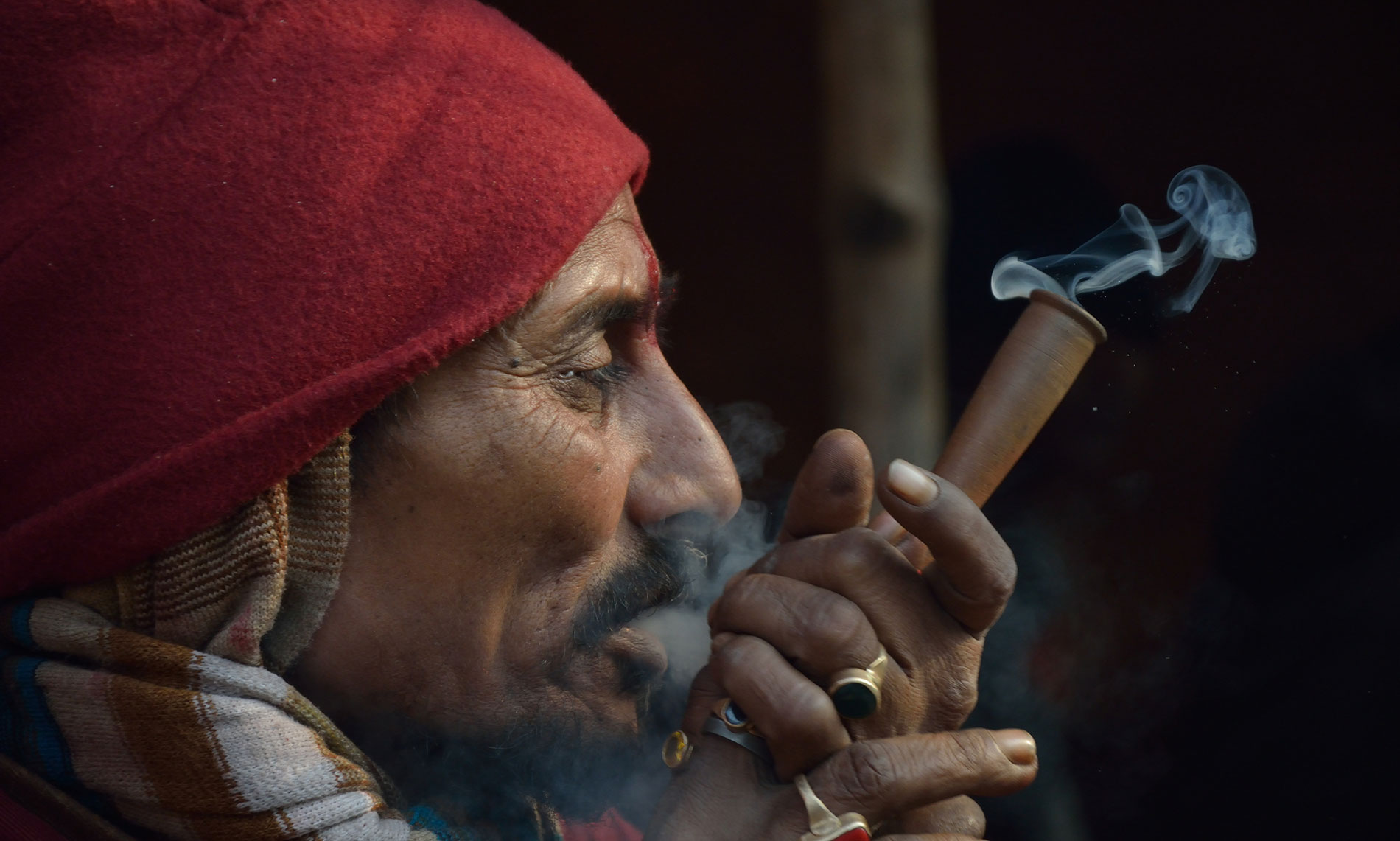 This does not prevent him from teaching us, on the contrary. It belongs, as I said, to the Shaivite tradition. And only Papa Shiva in his heart. Me it suits me, I listen open-mouthed. Especially when we are alone. One day, he attacks Shiva’s paradise, which he firmly believes. Here he is serious suddenly. His paradise is not far from here, in the mountains, he tells me. We can only go in summer. The rest of the year, the snow bar access.

The cave is called Amarnath, it houses a lingam, in other words a phallus of ice, symbol of the great Shiva master of the world and creator of all that is. It was in Amarnath that Papa Shiva created the world, he told me without laughing. I do not want to laugh either, as his conviction is contagious. Many faithful go there on foot, there is no road, just goat trails. It is a cave lost in high mountains, very high, like the summit of Mont Blanc. This is a program that connects me thoroughly.

– Is there someone to show me the way? I mean, do I need a mountain guide, a sherpa, or any special equipment?

The old monk chuckles a sweet beaded laugh. After force winks of eyes, he answers:
– Your friend Gilles knows well, he went there again last summer. He will be happy to return.
– Tell me more about this paradise, please, Baba.

Bom Shankar does not ask for better. He launches into a fabulous story, full of hallucinating details. I told in another article what I remember best. The reader will refer to it to avoid too much repetition. Without transition, the sadhu tells me his life. I’m listening.
– Me be jungle baba. Me be jungle connection. (trado) I’m daddy jungle. I’m plugged in the jungle.
In his inimitable sabir, he launches into a story that tears. For the convenience of reading, I will translate into good French.

“Xsaviour!
That’s how he spells my name. He makes me feel like a real saviour. No kidding. A saviour called X.
“Listen to me with all your ears, this story dates back to the time when I was living far from the world, lost in the jungle.The Shaivite sadhus must live this stage before being in charge of a sacred place, which I was looking for more than anything since my youngest age, at that time, there were still tigers and other big cats that had escaped the British hunts.These ferocious beasts did not make my life easy, but anyway, even without the wild beasts, living alone in the jungle is not a sinecure, even for a robust man, full of resources, in the strength of youth, and under the protection of Papa Shiva.

“I had taken refuge in the ruins of a large, ancient temple that was overgrown with creepers and other plants that had dilapidated walls and sculptures, and a corner of this temple was almost habitable, unfortunately flooded. For a day when I was coming back from picking wild fruits and vegetables, I was jumping from stone to stone in the middle of the ford, when my blood froze. In front of me, a few meters away, came an interminable snake.

“His body had the diameter of mine, but its length, Om Baba Shiva, its length! Endless.It did not finish.The huge man eater did not leave me eyes.It was moving slowly towards me, waving his stone stone rings, and I was nailed to mine, stupid, hypnotized, in a way, I understood that my last hour had come and by Shiva I accepted it. just in front of me, nose to nose, his big yellow eyes plunged into mine, his bifurcated tongue taking the measure of my face.

“From one moment to another, he was going to open his disproportionate mouth, he was going to swallow me as if I were a ripe mango, he was going to spit out my bones as we spit out the nucleus. Another, the virulent acid of its gastric juices was going to reduce me to mush, I was passing through my mind the memories of a whole life, the faces, the words, the scattered phrases coming back to me that I thought the moment before never heard, yet the faces stared at me, ironic and mocking, yet the words and phrases echoed in my empty skull like pebbles in a calabash, and then … “ 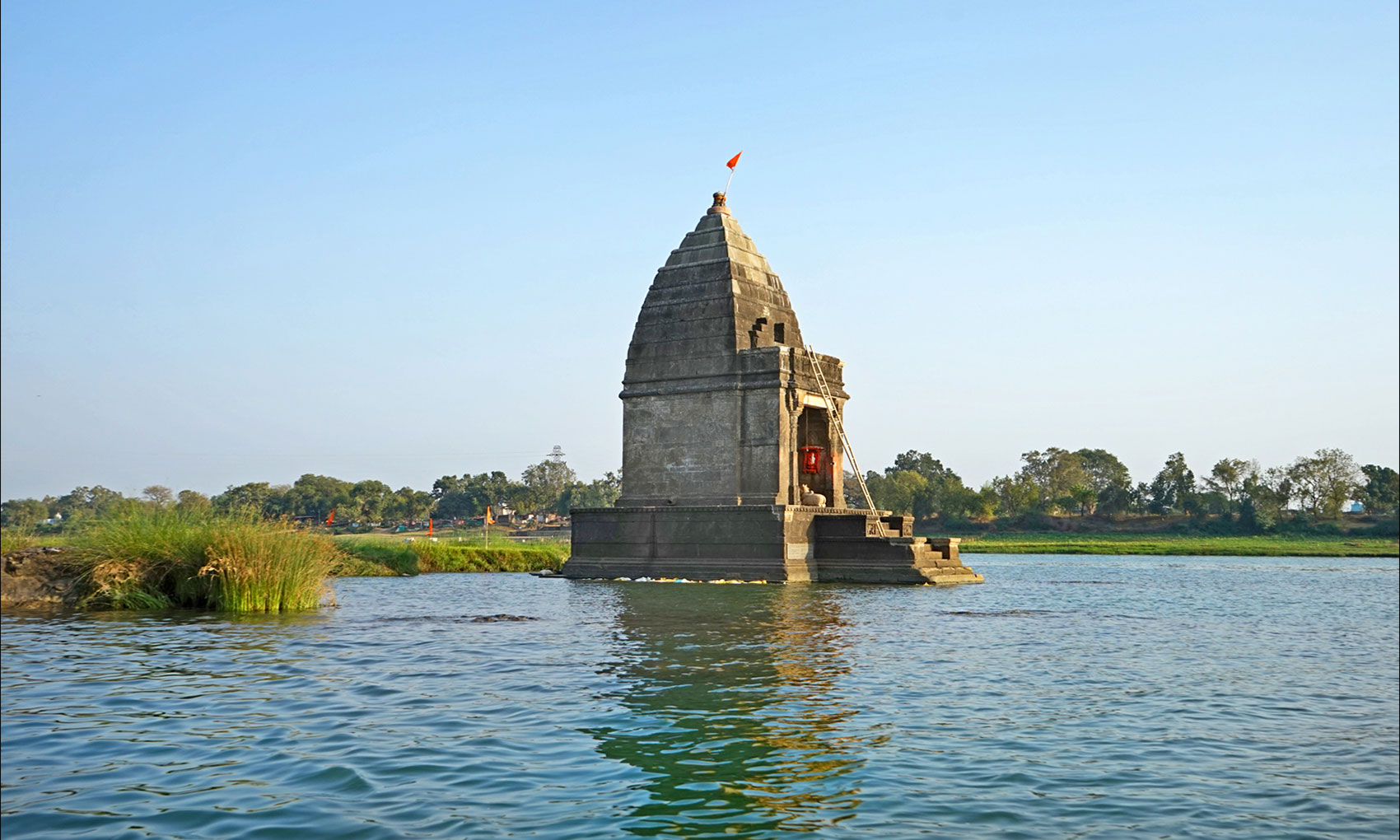 The sadhu stops to clean his shilom. He gently taps it, he drops the residue in the fire of the brazier where the tea is heated. With his bare fingers, he quickly grabbed an ember to drag it into the hearth of the shilom. Sizzling, fumaroles, he blows a sharp blow, the embers are ejected. Shilom is nickel. Bom Shankar places them on a flat stone to cool. I let him do his circus, I know he holds, everything is ritual in his hands. I’m dying of impatience, but I’m trying not to show anything. The magic of the moment is key to eternity.

In a minute, in a quarter of an hour, he will have finished his fancies, he will ask me with an innocent air: – What were we talking about?
And I will answer him in the same way: – Of your meeting on the ford with the big snake.

Then, as if nothing had happened, he will resume the thread of his interrupted story, as if by chance, at the most exciting moment. Well no. It’s not at all what’s happening this time around. Bomm Lena Bom Shankar conscientiously stuffs her shilom, turns it on, takes a puff of a chimney fire, stares at me for a long time, without saying a word. His laughing eyes are hard. In a cloud of yellow smoke he announces to me, peremptory:

– You do not know the true story of your God, Iksaviour. Tomorrow we will go to Roza Bal to see his tomb, on the throne of Solomon. There you will hear a beautiful true story. “