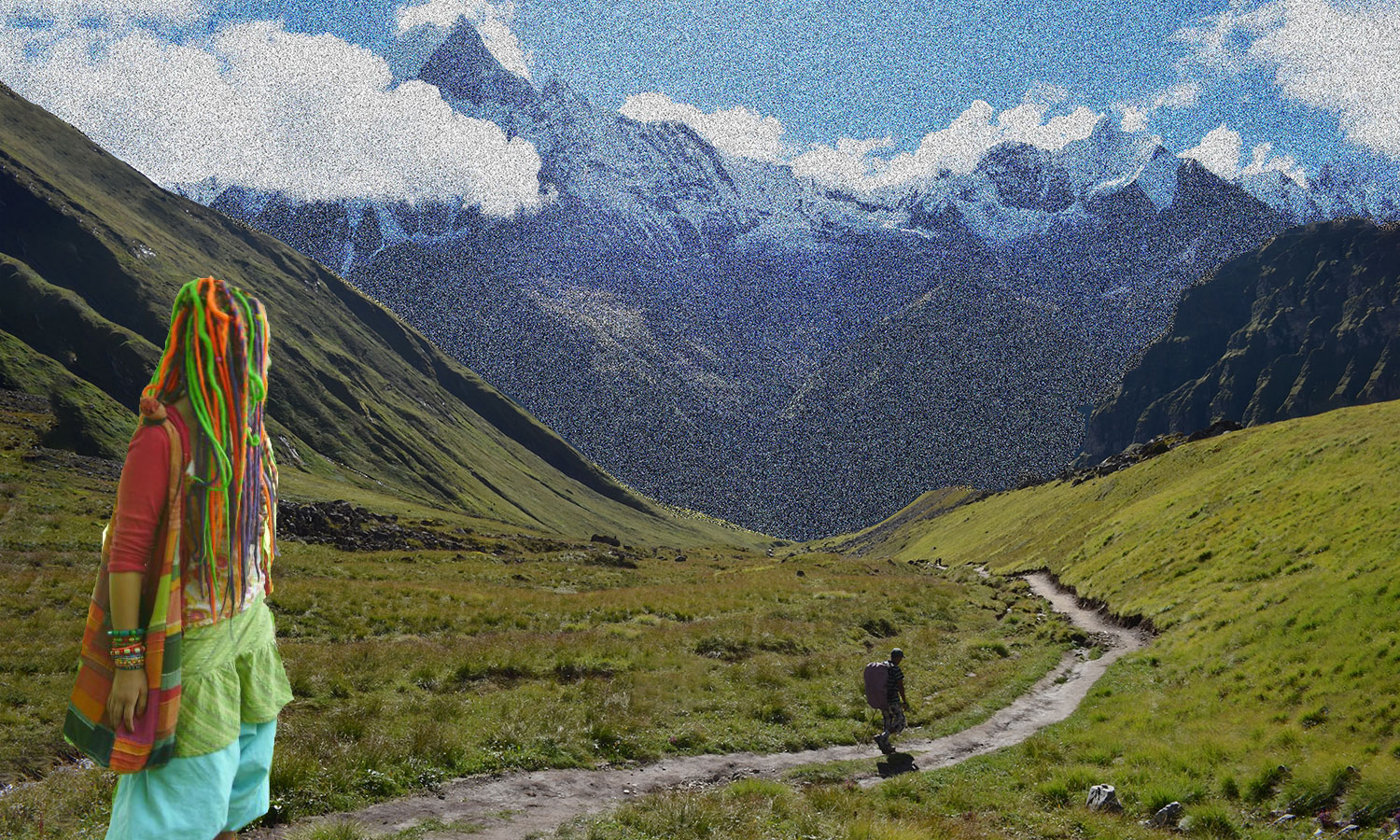 The days following our arrival in Srinagar are marked by intense activity: a big festival is being prepared. Micha and I can believe it’s in our honor, but it’s a common thing, no need of special opportunities. The winks of the facetious sadhu are all encouragements to delirium.

Welcome to India, he seems to tell us. And welcome especially to this little paradise where our friend Gilles receives us: a houseboat on Lake Dal. This houseboat is a kind of floating palace dating from the British occupation. It is rented by Miguel, the mentor of Gilles and the great lord of Srinagar, always surrounded by a multitude of hippies dressed in luxurious rags.

The monsoon climate makes the summer months not only very humid, but also an unbearable tussock for the British colonization troops. While the basic pioupious suffered martyrdom and their face turned to brick red, the staff was skilfully withdrawing in the lands that the foothills of the Himalayas protected torrential rains while diffusing a delicious freshness, praised mountains . So the officers went to Darjeeling, known for its fine tea, which in Srinagar, in the Happy Valley, known for its many lakes.

Set amidst high mountains at an altitude of 1600 m, the 22 km2 of the majestic Dal Lake, with its islands and its multitude of cultivable artificial islets, make it a wonderful sight. But the landscape is not very much next to the delirious show that we concocted Miguel, prince of Dal. For several days, a crowd of helping hands have been busy at Miguel’s house, as elsewhere, in other houseboats, and on one of the islands, the big one, not the one with the small temple.

Finally comes the big day. Just raised, we hastily put away our sleeping area, the sleeping bags disappear in the closets that go around the houseboat. Two chapatis, a mug of tea, a quick wash in the water of the lake, ready we are. Visitors start to arrive in boats and shikaras for the morning tribute to the prince of the lake, Miguel, master of ceremonies. It looks like the emissaries of the Queen of Sheba paying a visit to King Solomon. Worthy, smiling but a bit distant, Miguel receives them one after the other. He says a few words to each. 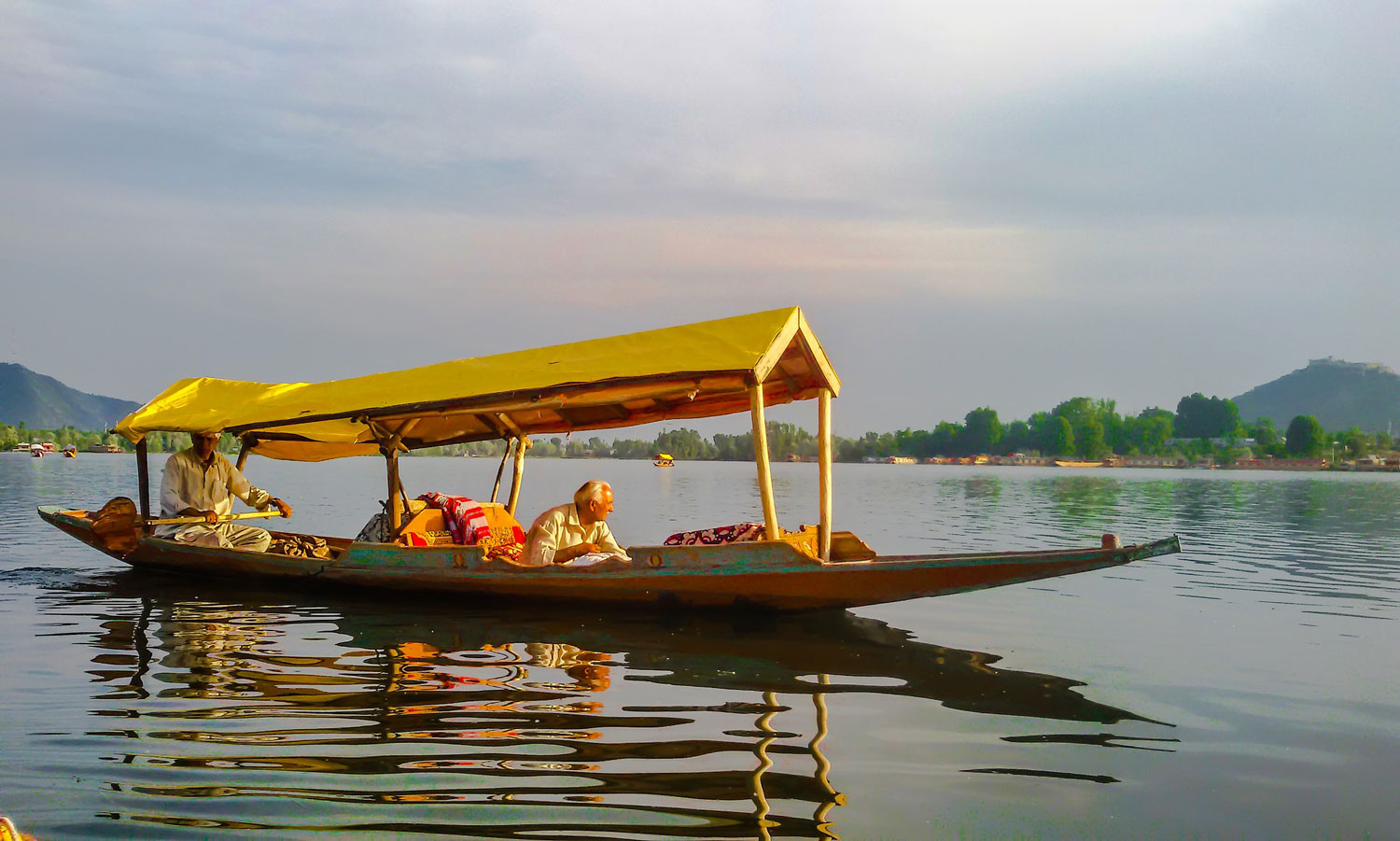 I think I’m faceing Francis Ford Coppola’s film The Godfather. The character played by Marlon Brando shows the same kind compunction, barely concealing the imperial omnipotence of the mafioso. Miguel’s clan counts dozens of hippies dressed like begging princes – bewildering, twirling, airy Dharma bums. Micha watches them with a half smile that I know well. She is half intimidated, half shocked. But not quite conscious. As if she lives the scene in a dream.

On the stroke of noon, the parade stops, and all this beautiful people returns to the motley craft for an aperitive crossing. I get munchies. The Big Island has been decorated with lotus and hand-painted banners. Floral decorations directly from the pujas form a path to the Himalayan tent which set banquet room. It is very hot. Under the tent runs a small stream of air that acts as air conditioning. Sithar and tampura players. Hippies try the tablas. I imitate them. We sympathize, few French, many Spaniards, nationality of Miguel – sure he gets some recruitment offices in the Iberian Peninsula.

Last year, Gilles tells me, the Spanish hippies landed by full charters. Most are full of money. Judging by the magnificence of their clothes, I take his word. The girls are beautiful, magical; the boys look like girls. Very few bearded, fashion is beardless. We do not dance, or even very individual Indian improvisations. Such is India seen by European freaks … But we make music. Surprise: I see my first didgeridoo, which I take for an Indian instrument. Its owner deceives me. He comes back from the Australian outback where he spent two years among the abos. 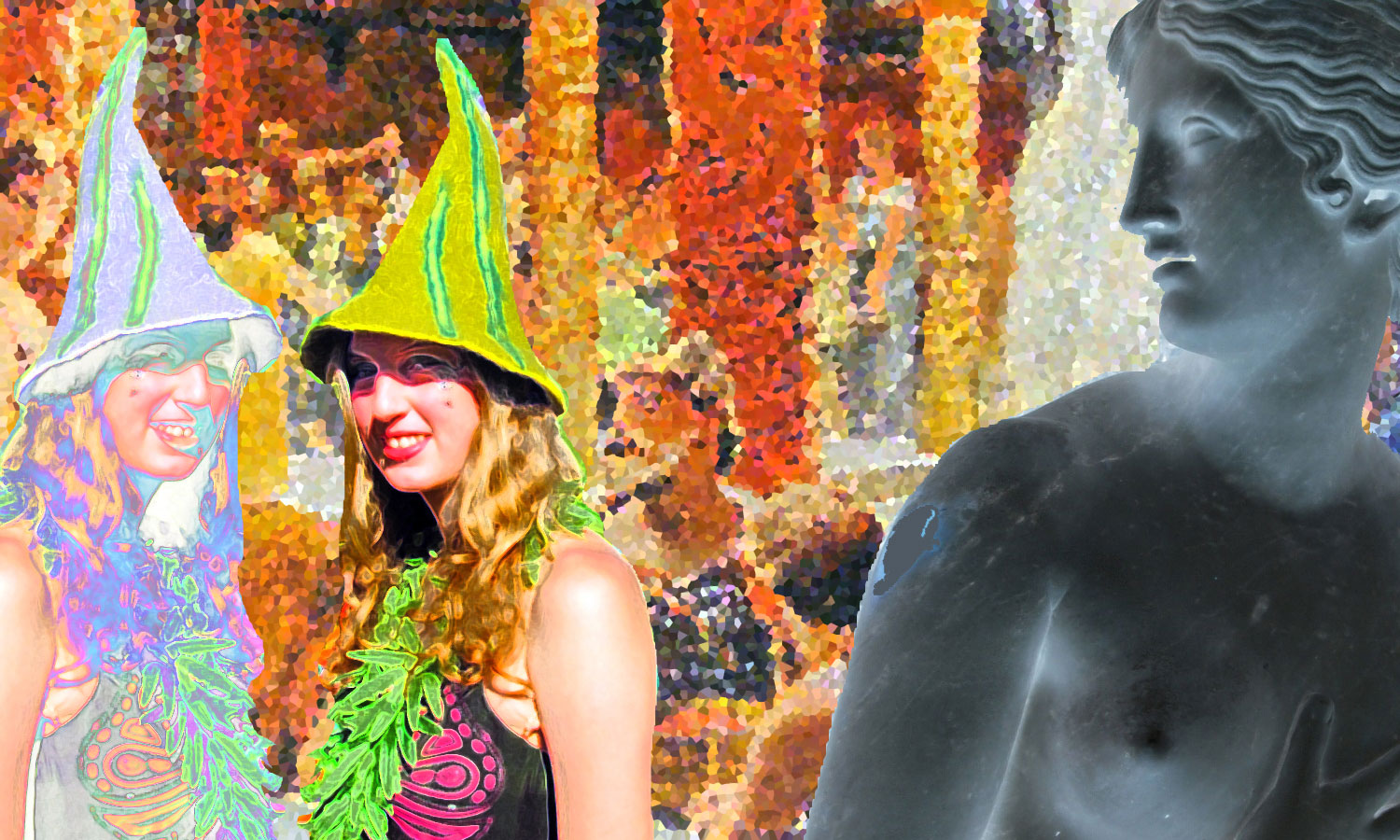 Silk brocades on the clay serve as a buffet. I spot a fruit salad that makes me anxiously. I go to serve, when Gilles slips into my ear: The other bowl is stuffed with acid. Pass the word to Micha. And here we are both starting our first Indian trip to lysergic acid, otherwise called LSD. It’s the first for India, huh. In France we have already used and abused. In the 1970s, LSD was pure, without adjuvants or amphetamines. It gave cosmic journeys of the highest quality.

I think back to Baudelaire and his artificial paradises, which was the bedside book of our entire generation. Two hours later, the party took a turn that I give up to describe while I’m fasting. Which is my fate for years. They squeak, they squirm, they wander, they fly away and flip out at very high altitude. The beautiful clothes begin to fly in the air.

Nestled under the shrubs, several completely naked couples paint their bodies with natural pigments made at home, or more exactly in a houseboat. A big guy in erection walks his cudgel in the middle of groups who are laughing or who do not care. He has a sales representative’s head. He is expected to open a suitcase to stuff us with aphrodisiacs. LSD is enough, it seems.

Only one salad bowl contained acid, and a lot of frustrated people regret not having chosen the right one. Do not worry, here all the cavities circulate freely, opportunities are not lacking. They will console themselves very quickly. My memories associate the descent with a climb. The party continues on the steep paths of the Himalayas. In front of us, tonic and laugh, Bom Shankar opens the way. We did not see him during the party, no doubt he had better things to do.

My legs are cut. I’m not the only one. The troupe crawls on the gentle slope, while the sadhu prowls far ahead. I think this ride took place the next day, but I’m not sure. Everything mixes, the acid helping, and it is in the image of this country-continent. Land of contrasts and paradoxes. Country near the sky. Porch of paradise. Close to ecstasy …

For Micha and me, the trip ends in an incredible gypsy caravan, where we enjoy intensely a moment of intimacy that the houseboat did not give us … 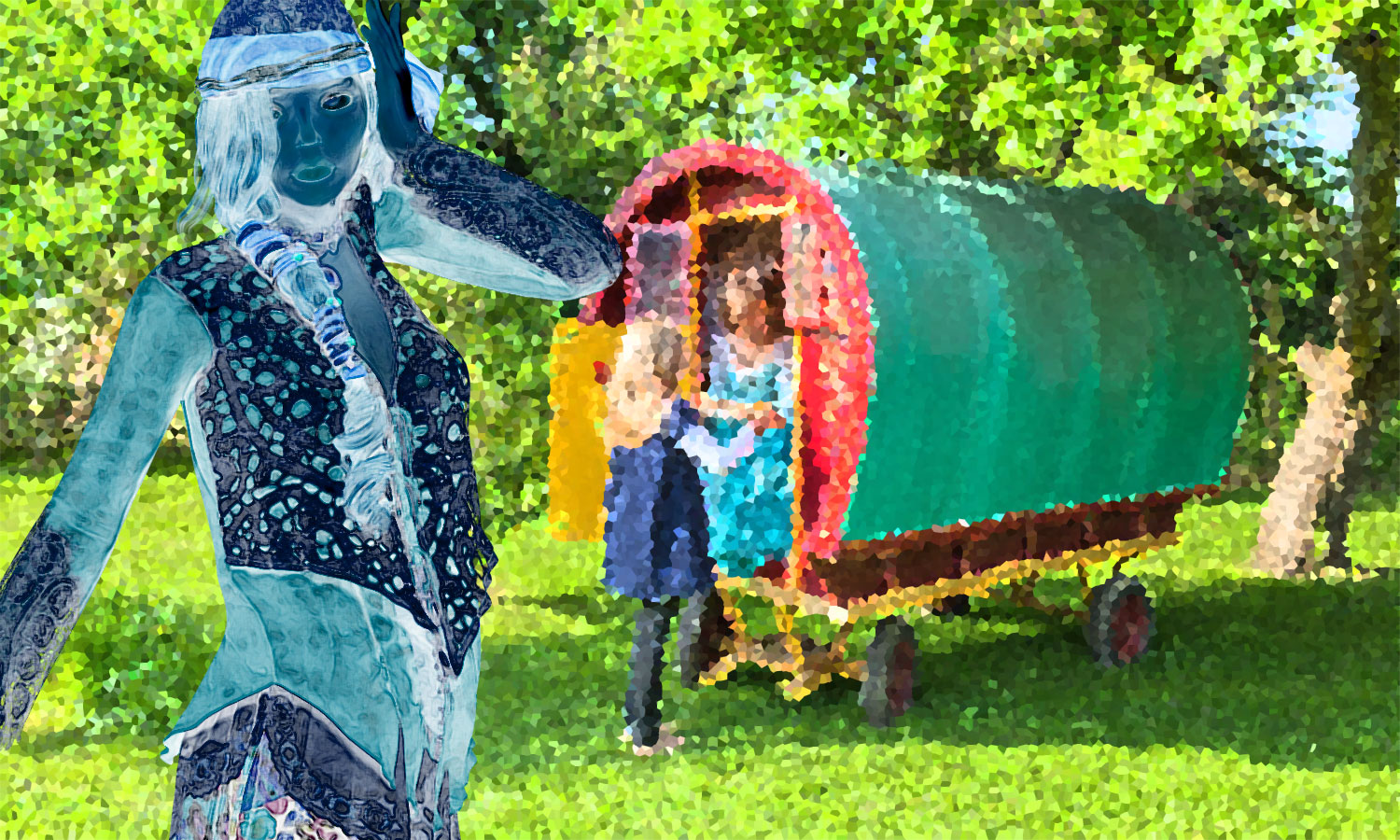