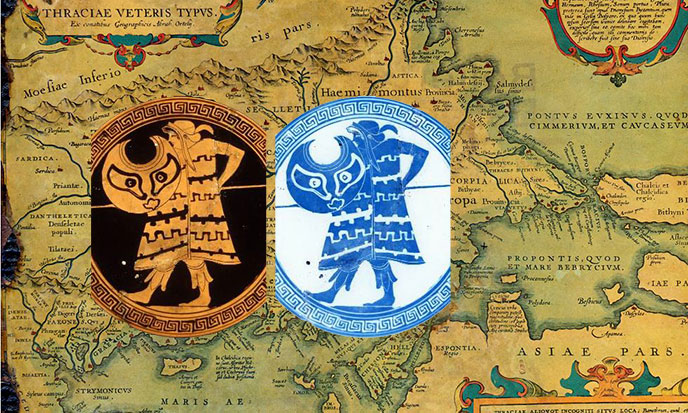 Really, Rama file keep on rebounding. It took all the Ludmilla talent to find this rich Bulgarian source. The web is offering researchers endless possibilities. All the knowledge is in, even what was once hidden can be found. Just know what you want and want to find it.

“In Arabic, pyramid is said Hram. This comes from the Bulgarian word Hram meaning Temple. Hram is a Bulgarian word whose ancient origin dates back thousands of years and that means God Mother Temple (Ra + Ma).

Ra is the absolute god of the ancient Bulgarians and Ma is the great goddess, mother of matter and energy. In the people of HRAM (Hora is Bulgarian word for people) you can feel the energy of Mother God Rama. “

“In the past, our wise ancestors Bulgarians used geomagnetic force to build their hram, pyramids, temples and shrines in rocky mountainsides or buried in deep wells.” Geomagnetic force is part of vril energy, commonly used long ago. “They used the force of Mother Earth Ge / Ga because they knew that the human body is made of earth, and his soul is the spirit of God Ra – spirit they called Ha. This powerful geomagnetic energy facilitated their contact with the Spirit God Mother or Ha Ra Ma. That’s why they named Harama (hram) their megalithic temples.

The Spirit of God through Ra Ma, the goddess of matter and earth. Until today the pyramids in Egypt are called HRAM, Ahram. However, over the ages, this knowledge has been obscured and destroyed “

Anything directly or indirectly related with Rama was indeed mutilated, fake or destroyed. This makes it difficult for the researcher to talk about the missing remains. We must therefore examine the language – which remains and does not lie. Harama in old Bulgarian means Spirit of Ra and Ma, says the Bulgarian author. Very well. I also see an evocation of the primitive trinity of Hyperborean and/or Atlantean gods. Ha ie Holy Spirit – Ra, ie Father God – Ma ie Mother Goddess. Under different forms, this divine trinity can be found in many ancient religions until now. This explains many things. During the era of the Lion, the gods astronauts returned to earth. Their leader was Ra, the sun god, who is united to Ma, the Matriarch. She was the Great Mother, she managed the planet with magic and giving.

Millennia later, during the era of Aries, a young Hyperborean druid terminates the matriarchy which has became a mess of criminal witches mistreating males with sadism. The young druid preached the Middle Way, he introduced a fair system where women have become partners, not tyrants. To mark this harmonious union of the two sexes, he took the name of Rama, ie Father Mother.

Hram, Bulgarian word for “temple”,  evokes the architect of Solomon’s temple, Hiram. Same name. And further evidence that the temple of Jerusalem was not dedicated to Yahweh, but to HA RA MA, the original Atlantéo-Hyperborean trinity.

Bulgarian temple is said Hram or Ahram, hence Ashram, Hindi word for temple. Where does this strong relationship between the ancient Bulgaria and the saga of Rama? Some Bulgarian authors are convinced that the Bulgarian is the common language of the Maya and ancient Bulgarian called Thrace.

They highlight some obvious similarities between the old Europe and America on the religious worship of the sun or linguistics, language very close orally. (Source)

But we should probably look further, towards the language of the Atlanteans and Celts. Oral transmission was the rule and the glyphs have evolved over the ages, we must learn to decode through the cults, myths and common traditions. It is quite true that there are commonalities to these two civilizations. They share the same stone, strong technological knowledge, great spiritual kinship and language with great similarity.

To those who may be surprised to find the same words in two places as distant as India and Bulgaria, I would suggest to read other episodes in the life of druid Ramos of Hyperborea. They will discover that ancient Rama road to distant Asia is dotted with places, people or events that still celebrate his precious name, even if his memory is forgotten. The Druid Ramos became Ram for the Celts, he crossed all Europe and Asia to bring peace, prosperity and spiritual elevation. He brought a new way of thinking, behaving and talking, hence many Rama traditions still remain in Western and Eastern Europe, around Mediterranean Sea, in the Balkans and Middle East, as well as in India, Tibet and China, as we have seen.

The Koran, too, evokes the adventures of this conqueror whom he calls the two-horned king. “In the Qur’an (18 / 83-98) is the account of Dhu-l-Qarnayn, a man who possessed the strength and technical resources of his time, and who knew how to use them for the well-being of men who were The identity of Dhu-l-Qarnayn (literally, “the man with two horns”) is not spelled out in the Qur’an, which, if it is still The history of these stories is historically extremely accurate in its narratives, as much as in their chronological or geographical details, but scholars have tried to find out who they are.”  (source)  They have put forward many hypotheses, Alexander the Great, Cyrrhus, and other conquerors have been named, but of course no one has thought of Rama of Hyperborea, for his memory has been knowingly erased from Western memory.

The origin of Rama is not India, as falsely claims the Ramayana. Rama is a planetary god, which feit has been forgotten in Europe, yet his life truely began in Celtic Europe. His youth events were relocated in India by Valmiki, alleged author of Ramayana.

The relocation of mythical events is a such a widespread phenomenon that takes time to notice it. I told how Homer himself relocated events affecting the saga of Rama for the needs of his funny remake ie Ulysses Odyssey. The original is lost, the blind fate kept only pastiche. I also showed how the exodus of Moses is an adaptation of the true adventures of Rama.

It can also bring the Bulgarian word Hram named Abraham or Abram, “one who comes from the temple.” Or the name of Abraham has strong affinities with the top Indian caste, that of Brahman. The Harama word contains the three most used syllables in many languages.

Recall its esoteric meaning. HA, the spirit, the Holy Spirit, the Paraclete. RA, the father, the god from the sky, the sun. MA, the Mother, the Great Goddess Ge Gaia, the Earth.

The belly chakra is said hara in Japanese: literally Spirit Father. This aptly describes the Manipura Chakra, the chakra belly. Arabs bathe the hamam. Literally, hama (m) is Mother Spirit. The final consonant is not exceptional: most languages ​​MA said to mother, and others say MAM or MOM. Which breaks down into MAM Mother and AN or ANU, the chief god of the Anunnaki. Hindi, Maha means great. Literally, maha said Mother Spirit.

I do not hesitate to also mention Rahan, son of fierce ages because oral culture, popular literature and comic take part in the reunion with our lost past. I have shown more than once in these pages.

Disturbingly, in 6600 BCE, in the midst ramaïque, a mysterious civilization settled on the banks of nearby lakes of the Black Sea, close to the present city of Varna. This culture of Varna, dating from the late Chalcolithic, will experience an unprecedented cultural and technological development. They are admirable pottery, bone and stone idols, copper tools amazes the scientific community since their discovery in 1972.

The city of Solnitsata is considered the oldest European city. In this city, we read the word Sol … Sol Invictus? The cult of lightning known throughout the East, to Rome?

The Sun God was worshiped on both sides of the Atlantic. Roman is her name in Bulgarian language and means the God Sun’s son, the A purple (which is also in Egypt one of the names of Hathor but feminine).

As in France in the Basque Country, in Switzerland and elsewhere, we love the goddess Ma, Maya, Mayka (May, Maia), etc. Despite some minor differences, these languages ​​are so obvious phonetic identities. Basque too, has much in common with the Aztec. Think of the many names with an X is pronounced TCH in the Basque Country and America. 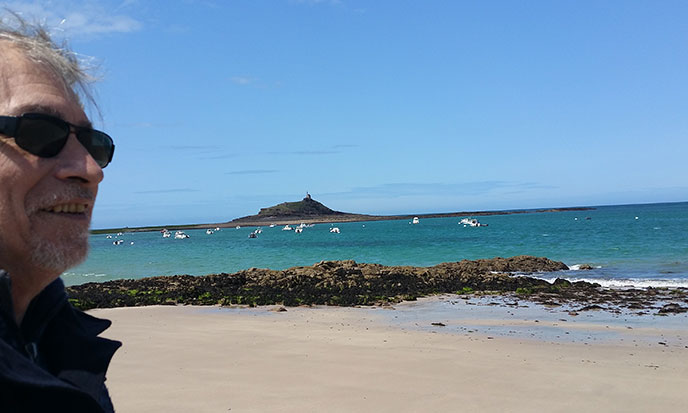 We also remember the similarities between Ar Men already mentioned, the country of stone in Breton and Armenia, another country of the stone. Kermen the Breton stone house, and Kermen a megalithic city in the Caucasus. The full name is Eski Kermen – Eski in Caucasus sounding like Erquy in Britanny, the place where I live.

Historians have never bothered to open the horizons frozen by the academic doctrine. Linguists and etymologists should focus on oral language and the language of goslings to establish the missing links them … Their boundless passion for roots made them forget the flowers. As the civilization of writing has made us forget the sounds.

Still, the places, the proper or common names are valuable clues in this giant puzzle that is human history in pieces.

If the vote had been of any use, it would have been prohibited a long time ago.