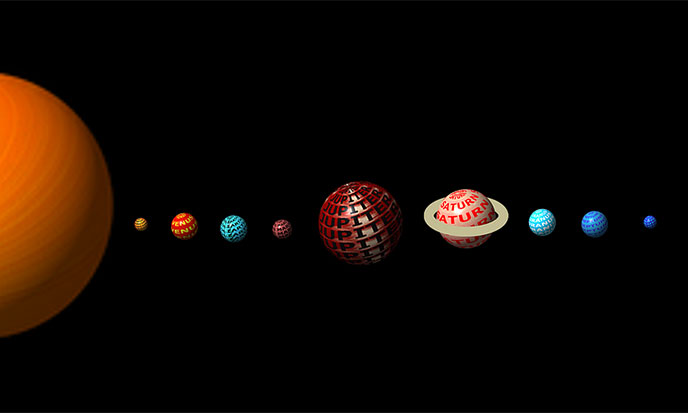 The ecliptic is an imaginary circle, plotted on the celestial sphere, which represents the annual path of the sun as seen from Earth. Most planets in the solar system have orbits that are very close to the ecliptic plane.

Remember how are located the planets from the Sun:

To keep them in order, a mnemonic device: “Still My Very Easy Method Just Speeds Up Naming Planets.” This results in the original: Sun-Mercury-Venus-Earth-Mars-Jupiter-Saturn-Uranus-Neptune- Pluto, with a twist, do not confuse Mercury and Mars. 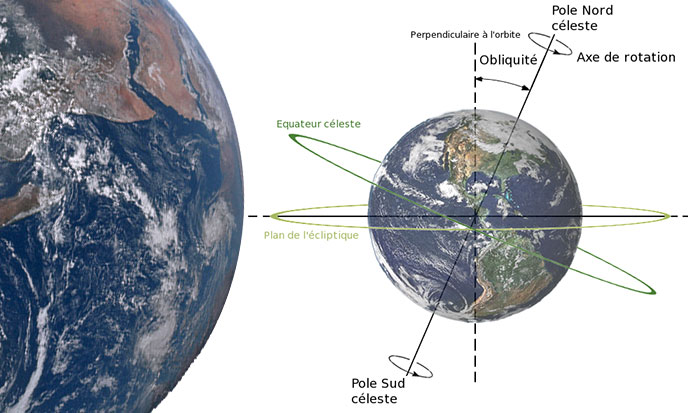 How could they pass such a feat, quite beyond the reach of our hyper-modern technology? They did it, the Spirit did it, and this feat transformed the Earth into the garden of Eden.

Or did they come from distant stars, to educate and enable us to grow in their own image? This is the theory of ancient astronauts, which I find quite attractive and quite likely.

In this case, it is just the opposite: Titan Atlas is responsible for tilting the planet on the ecliptic. Failure of the launch of his gigantic vessel has stowed away the flood and the tilt of the Earth’s axis. The former gods were blundering.

They were probably not scientists in the modern sense, and yet, if they indeed used the infinite powers of the mind, they also had an organized knowledge of the physical world, that we must call a science.

Besides, they had developed a technology that is almost unknown today. Their mastery of natural energies, like gravity, geo-energy or  lightning, was absolute.

Still, they have straightened the Earth, as many myths are claiming. But beware! Do not confuse this straightening of the Earth’s axis with another phenomenon, the precession of the equinoxes, which did not exist when the Earth was ortho-oriented, in the time of Eden.

The precession is a “slow change in direction of the axis of rotation of the Earth. The latter describes a cone which turn is completed in around 25,800 years.” (source)Wikipedia

The recent earthquake in Chile, which occurred shortly after that in Haiti, would have shifted the Earth’s axis of a few centimeters. The poles might very slightly changed of position. This is what geographers tell us. If their finding is correct, the conclusion they draw is not very scientific, I fear.

In fact, what if the cause and the effect were reversed? What if the mysterious phenomenon of polar drift, which often occurred in the past, was occurring again? With, as immediate and inevitable consequence, more and more earthquakes and volcanic eruptions, as we continue to see with the Icelandic volcano.

One way to tell us that from the Great Cataclysm, a new astronomical phenomenon made its appearance, the Precession. Let us note it. Once again, the myths show they are faithful guardians.

So must we conclude that the Titan Atlas has not rectified the Earth, and that our planet, living organism, may well have done it alone? It is possible. Everything is possible. But, as we learn in the myths, Atlas and the Titans of Atlantis have played a role in the process, probably with the sole power of their mind.

That is, in brief, our thesis on this major event which is, perhaps, about to be repeated.If it is a straightening that is going on, if tomorrow our planet, ortho-oriented again, offers us an eternal spring like in the good old time of Eden 1, then it means we will have reached Eden 2. But if it is a flip-flop of the planet which is preparing, as the Egyptians have testified in the past, nothing says that, without the Titans’ help this time, the Earth finds back its right balance on the ecliptic.

For many authors, the megalithic monument of Stonehenge is both an astronomical observatory and a precessional calendar. It could also be that this monument is a memorial, a way to date the arrival of the precession in stone. Why not?

The Precession In Figures

25,920 years are the Great Year, a full precessional cycle.

The ecliptic is the Former Gods’ magical seal to our world  : the astral equivalent of DNA …