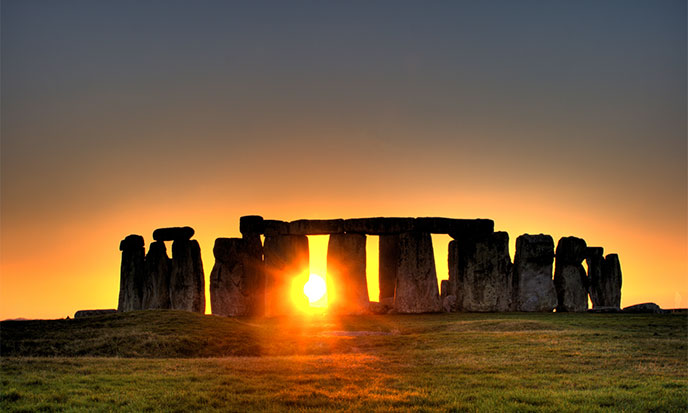 Stonehenge means “hanging stones”. It is one of the most famous megalithic monuments in the world, World Heritage of UNESCO, as well as the nearby Avebury stone circle in England in the county of Wiltshire.

On my first visit, I must say, the monument was a big disappointment. And it was not just the fault of gray skies and chilly of tourists flock. The monument is beautiful to behold from near and far, with or without sun. Although the fences and concrete does not necessarily arrange the views.

The disappointment comes from elsewhere; the feeling is not there. Just like some medieval churches, a beautiful appearance, and, disappointment, appear dead on the inside. Mortes, ie devoid of this unique vibration that characterizes these buildings, the vril of the earth, the wouivre.

Wiltshire is a county on the exceptional vibrational level. The site of Avebury, to which I devoted many pages and many sites around are pure energy wonders. The healing stones abound. Very old oak bless this land has always been oriented mind.
Everything is vibrant, positive, full of energy. All transports me in Wiltshire. All but Stonehenge.

Several visits confirmed my first feeling : despite these colossal and well adjusted stones, despite the strength of the image on the great plain, nothing, zilch, nothing happens there. At vibratory level, it is the antithesis of the eye of the labyrinth in Chartres Cathedral. We are far from even the slightest cut stone of Morbihan. How can?

The recent history of the megalithic brought me a possible answer. This true wonder has always intrigued visitors, but was studied only recently. The first scientific excavations were conducted at the site in 1901 by Professor Gowland. The stones were straightened and reassembled at the early last century by an archaeologist, Roland Atkinson. We are not sure their current layout to be the original. In any case, we now know that the megalithic Stonehenge is much more extensive than simple monument tinkered by Atkinson.

In 1950, Atkinson started a major restoration and excavation.  It seems actually that this good old Atkinson built the whole thing from nothing, as a photo report published recently by the Russians clearly shows.

The Carbon dating fixed the erection of Stonehenge between 2800 and 1100 BCE. The question is how has Atkinson dated these stones? Carbon-14 or any other method proves inappropriate here. Dates obtained with unsuitable methods contain a large margin of error. 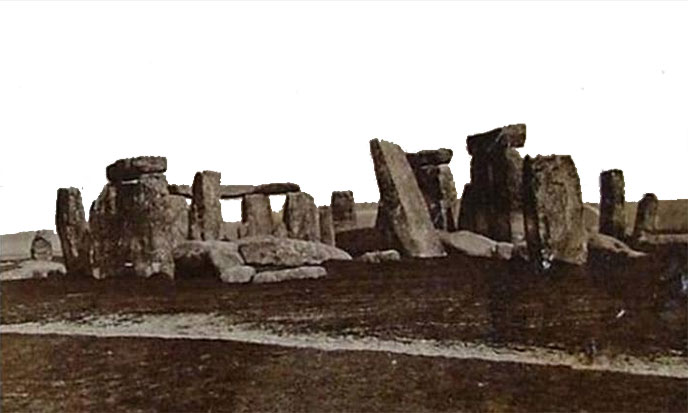 Atkinson attempted to reconstruct the history of the monument and its appearance, in order to begin the restoration. Stonehenge as Atkinson restored consists of three concentric sets of stones with a total diameter of more than 100 meters. The exterior set consists of large rectangular blocks of sandstone around a second cromlech smaller blocks. A henge is a generally circular enclosure formed by vertical monoliths.

The monument is surrounded by a circular ditch 104 meters in diameter and a bank with 56 large cavities : the Aubrey holes. Atkinson found in these cavities fragments of charcoal, charred human bones and small objects such as hairpins or long bone sticks flint. Stonehenge was thus used as a cremation cemetery for several centuries. Giving no reason to believe it was designed to serve as a tomb.

The huge sandstone monoliths of Stonehenge came from afar. “There are two kinds of stone Stonehenge: large sarsen stones which are 40 kilometers north of Stonehenge in England and small blue stones five tons coming from Wales.” (source) The transport of these blocks is a huge project which has probably mobilized thousands of people for decades. Unless magic was involved ..

A popular legend told its building this way: Stonehenge stood formerly in Ireland and not in England. Merlin the magician advised the English king Aurelius to steal the monument. How to lift such heavy stones? Merlin gave a magic formula to make them light.

Magic formula or not, the approximate mounting distorted forever the powerful energy that once reigned in these places. The reign of approximation is responsible for the Stonehenge scam. Atkinson or not, these stones came from another time, with very different manners, which has nothing to do with ignorant contempt which surrounds. 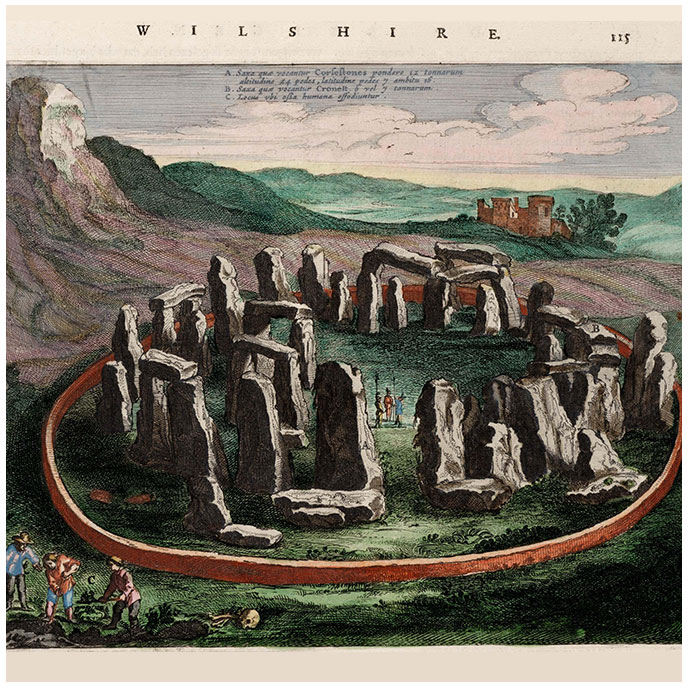 The function of Stonehenge has inspired many theories, most of which related to the prediction of astronomical phenomena : eclipse of the sun and moon, solstice and equinox, calculation of the calendar according to the positions of the sun and moon relative to the Earth .

Thus, for many authors, the megalithic monument of Stonehenge is both an astronomical observatory and a precessional calendar. Now I can’t help laughing out loud. To fulfill such functions, our great ancestors were certainly more practical calculators! This expresses a form of hopeless contempt. We can’t help imagining our ancestors more stupid than we are, which is not proven, quite the opposite.

I do not dispute the scientific calculations of astronomers across the Channel. Amateurs or not, I know how enthousiastic they are about dream and accuracy.

But I also know that these blocks have been laying on the ground for ages, rebuilt in the last century by material beings devoid of insight as of any sense of magic! Thus the conclusions that can be learned today from the position of these stones appear to be unfounded.

Yet I do not want to get myself too many enemies among my friends truth seekers Wiltshire. It is quite possible that this monument was arranged to express the reality of the precession …

At a time when this phenomenon had appeared, it would have been a clever way to date the building for posterity. Stonehenge would have been built shortly after the great flood, so it dates from twelve thousand years and something … 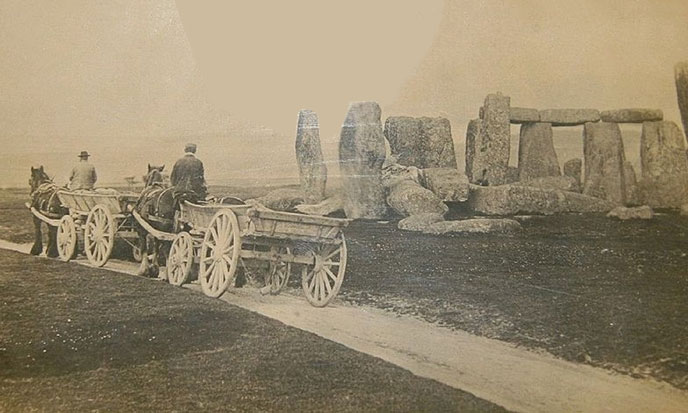 Now Stonehenge? What for?

This blend of cut and carefully locked menhirs was made to work energy. I personally see the megalomaniac realization of the most powerful lightning traps.  Perhaps has it worked once, when Merlin rebuilt it with his magical powers?

But the treatment subjected by improbable Atkinson killed the monument forever. The archaeologist had definitely no predisposition for energy.

It is even possible that the original plan of the monument was different. Not to mention its much too recent history …

Archaeology is definitely too serious a matter to be entrusted to the archaeologists … their findings are always interesting, but the statements they made out are always terrible.

Sad chapter which shows how dreams are sometimes the sad smoke wreckers on the reefs of the adventure.

Disappointing chapter which shows how the illustrious Hugo Pratt was abused: in his album The Celtics, he shows handsome sailor and nonchalant gentleman of fortune Corto Maltese strolling in a monument whose stones were still scattered at the time of Pratt’s story.

The greatest writers are not immune to error. I hope it will encourage my readers to indulgence for those who are here.