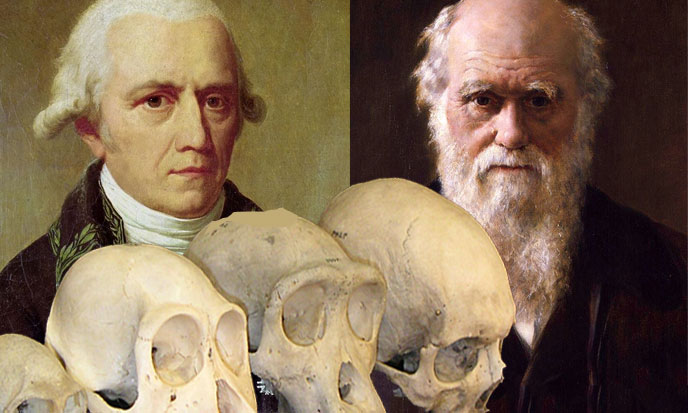 To support his theory of evolution he has borrowed from French Lamarck , Charles Darwin invented the concept of natural selection and its corollary, the struggle for survival or struggle for life. What points several objections.

We have already seen how this concept get on like a house on fire with capitalism and the exploitation of man by man. It was perhaps the point of view of the former gods, but it can not be ours. The human being is not a beast that fights claws and teeth to defend its territory. And more certain, he hasn’t been ever.

The quasi – simian origin of man is pure hypothesis, the inner vision will quickly sweep out. Unhappily this unverified hypothesis became a dogma for neo-darwinians.

When a certain science – one hesitates to call it science – mingles with philosophy, Nazism is never far away. The strictly materialist conception of the human being – which is that of the current science – accommodates rather well the darwinism and the theory of evolution. This science simply forgets the third law of thermodynamics which is very clear : “Everything is deteriorating.” Why should organic life escape this principle of universal degradation? There is no evolution, but rather an involution, a generalized decline. 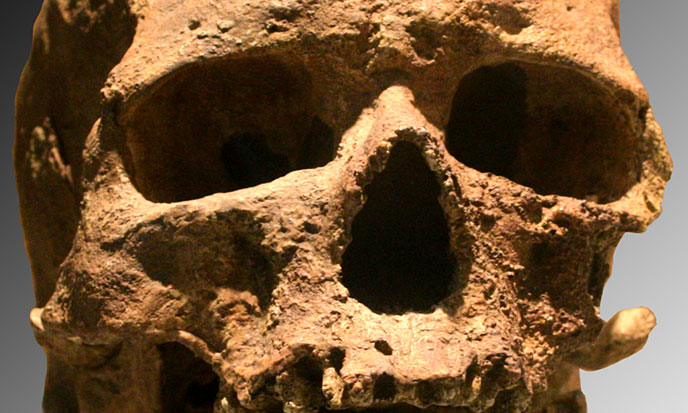 What could explain why Darwin’s thinking is so declining … As many contemporary scientists, German biologist Hans-Joachim Zillmer has benefited from the recent celebration of the centenary of Darwin to gave him a piece of his mind. Unpleasant gift, but less than the tar and feathers that the neo-Darwinian deserve a hundred times. The dogma of Darwinian evolution tremble on its fragile foundations. Zillmer says each point of this theory is rebuttable, what he does.

Third Objection : The Age of Dinosaurs

For Darwin, the older animals are logically in the deeper geological layers. Thus, according to Darwinians, dinosaurs would have disappeared 64 million years. Yet Zillmer lists many cases that suggest otherwise. Which would ruin the patiently tinkered Darwinian’s building …

” After 64 million years, each type of remnants of the dinosaur era, either the backbone or the trace of the foot should be deeply hidden in the earth’s surface! Explanations as landslides, influences due to earthquakes, geological strata faults or disruption of crustal plates, about the discoveries made in broad daylight, is good enough for not concerned observer.”  Prof Zillmer does not hesitate to provide several examples that require thought.

“Archaeologists have found a large skeleton in Mongolia saurian, the largest room ever discovered in Asia The Dinosaur 21 meters long and 7 meters high would weigh 100 tons. It was discovered west of the steppe Xi-lin-Gol, a region called “the dinos’ graveyard” because several skeletons and petrified dinosaur eggs were found.”

Thus, after 64 million years, we could so simply find a skeleton in the desert ? 64 million years of storms, often with violent winds, forming glaciers that melted, wild floods, earthquakes and other disasters? Such findings reflect more the miracle than science. However, other press releases demonstrate similar findings worldwide. In Brazil, a woman walking her dog came across a whole dinosaur skeleton, perfectly intact! 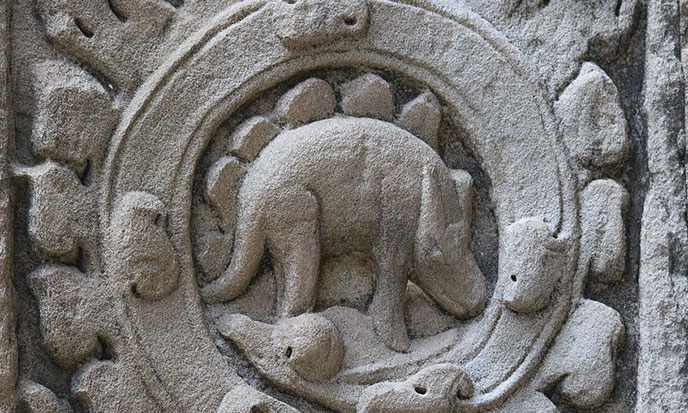 All this is perfectly true. This relief comes from the Hindu-Buddhist temple of Ta Prohm near Angkor, Cambodia. How the sculptor he made to represent a perfect stegosaurus? Answer: he had one under the eyes. Live Flesh, or reproduction. In one case as in the other, this is proof that the man knew the dinos. And that all the dinos are not dead.

Sumatran fishermen, who took a skeleton in their net, feared that this is the remains of a dragon! Scientists identified a lake dinosaur. Thus, one can catch a perfectly preserved dinosaur skeleton, missing since 64 million years here, with a simple fishing net? Shouldn’t these old bones be rolled for millenia, rotten, covered with corals or reduced to dust by the wheels of time? “

The friends of truth are those who seek and not those who boast of having found. (Nicolas de Condorcet)