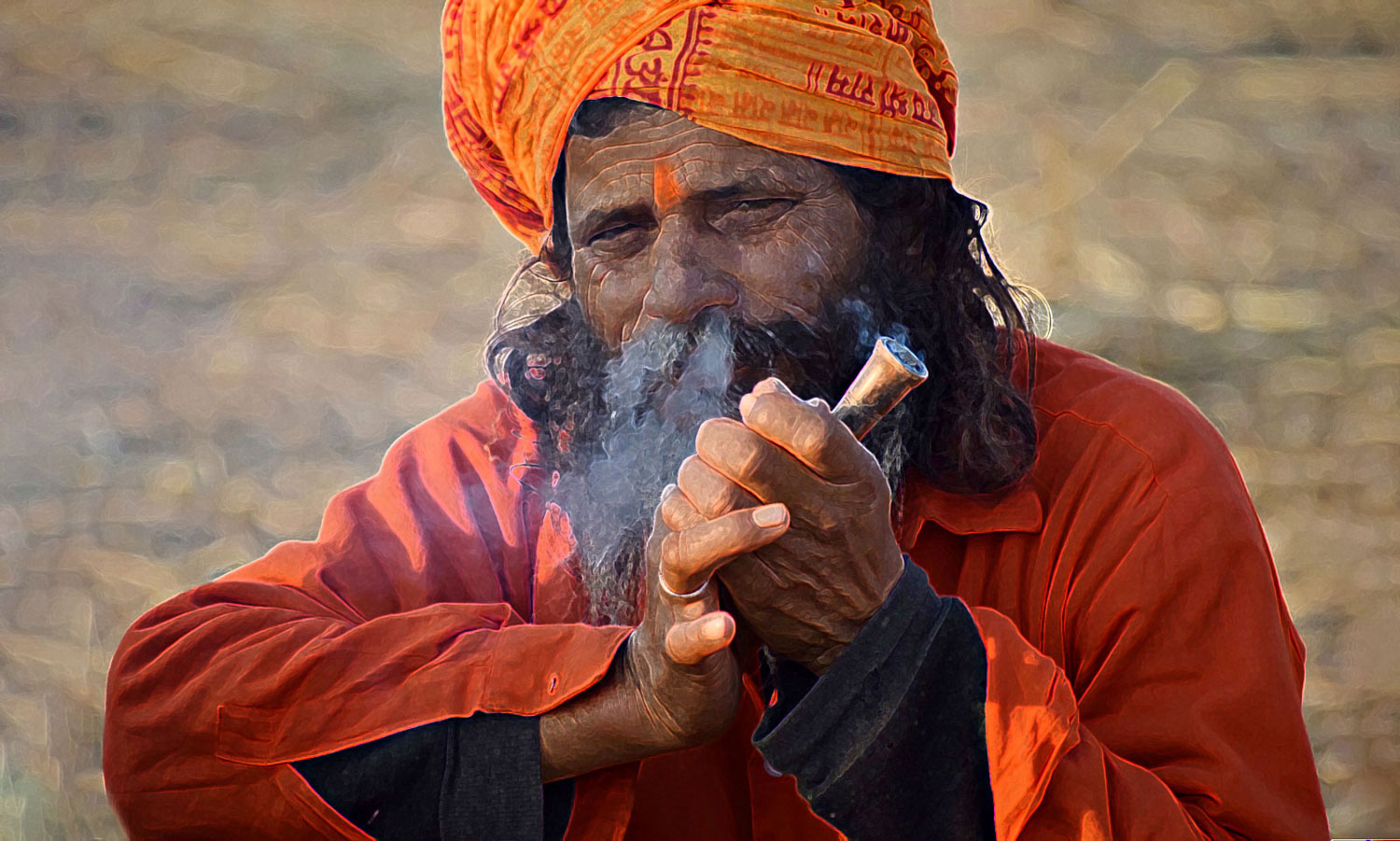 Unreal awakening in a bunch of airy high perfumes. Scent of incense, spices flavor, lotus fragrance and above all, the aroma of chapatis on the earthen oven. Micha and I are in the place to be. The interior of the houseboat where Gilou lives is as princely as the outside. An oriental splendor, kind of Tales Of A Thousand And One Night, but stripped, pure – no fuss.

I wake up at dawn and head forwards to pee in Dal Lake. On the port side, one could see me from the pier, a remnant of Western modesty pushes me to starboard. The view is amazing. On the side of the bank, a maze of small islets showing shades of greenery. These are floating gardens, where lake-dwelling families maintain food crops with great care. These islets are artificial. They float on the lake, and must be fixed with poles.

The Kashmiris begin by braiding a mat of the desired size. When the mat floats, they deposit a small layer of earth. Thin enough not to sink the mat. Vegetables grow on it, their roots straight in the water. It works so well that a few days after a child can walk on the floating island. It gives a truly unique landscape – kind of intimate mix of water and earth.

As far as I can see, a good dozen people, men and women, are relieving themselves in the lake. No one thinks, neither I nor they, that everyone drinks this water. We are going to drink it for weeks, which will earn us bad amoeba when we return to France.

France is so far away by now! Gilles joins me outside with two hot chapatis. When hungry, happiness is a warm chew of a chapati dripping with ghee – you know, this delicious Indian clarified butter. I dig this gorgeous bread. Gilles doesn’t say a word, I respect his silence. 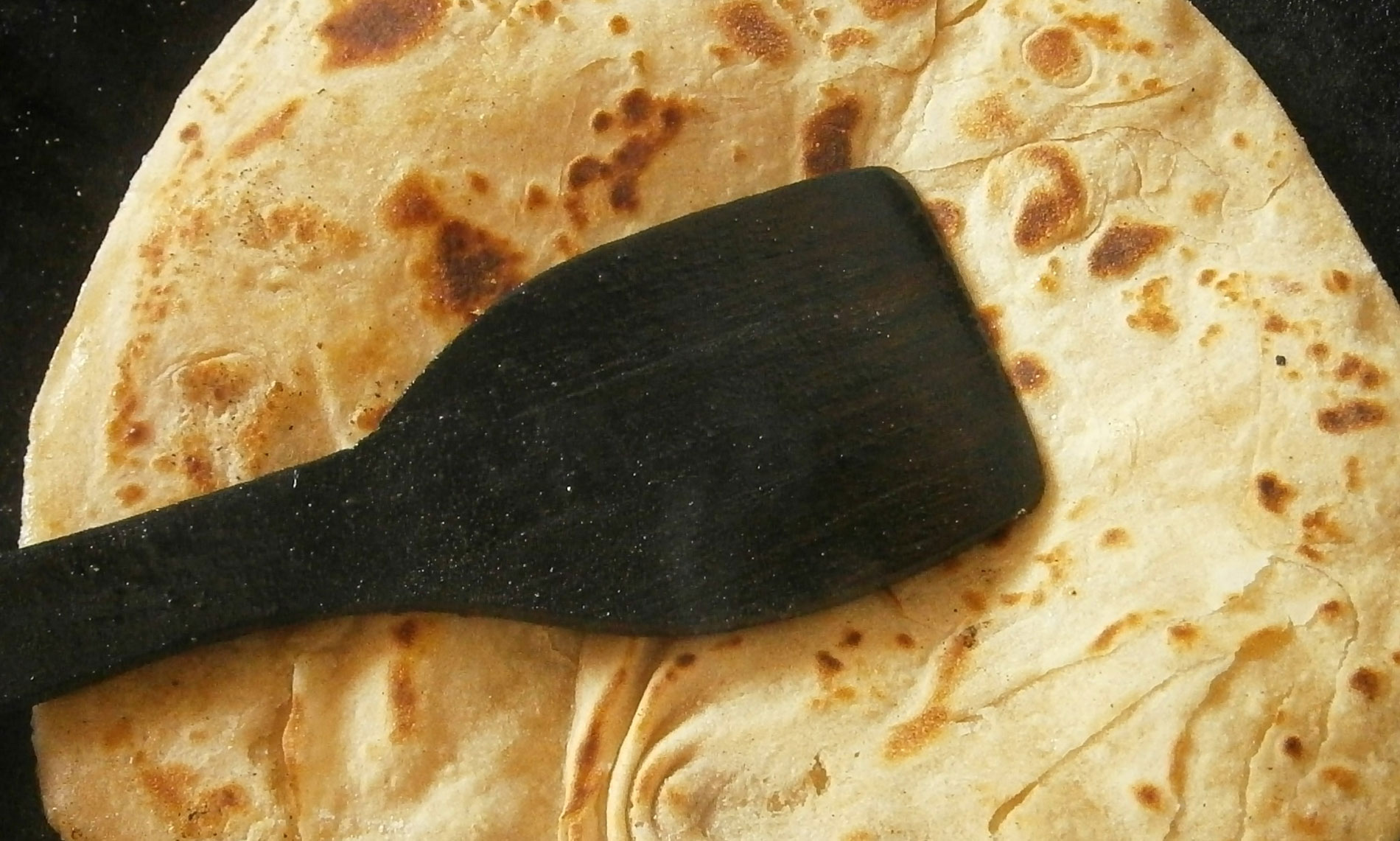 Our situation with Micha and I is rather embarrassing: by my fault, we do not have a circle anymore. We have all in all for our two return tickets, far in the future, on the side of autumn. For many weeks we will have to depend on the generosity of Gilles, who is not rich, far from it.

According to Western criteria, it is even in great precariousness. And he will have to talk to us. Pay our food, our drinks, our accommodation and the side. While life is not expensive in India of the seventies, does not prevent! It sucks snout.

Of course, upon our return to France, we will send him an international mandate to compensate him, and even beyond. But by then, he is the one who manages and makes the decisions. I feel serious shit. So I respect his silence. He feels it, this embarrassment annoys him, in Paris we were the best friends of the world, united in adventures, hard knocks and impostures.

Then he loves Micha, who loves him in return. He will be fair, no doubt. I know him. He knows I know. Now things are a bit strange here – too weird. Gilles is different. Life and India have changed him, he is not the friend I had anymore. He makes his eyes kohol, he dances contorting, what’s up? What the buzz? The distance between us, palpable, does not come only from the financial gene. And that, I’ll understand very quickly, even if in the immediate future I bump into a wall.

After breakfast, swim in the lake as a toilet, and storage of our sleeping area. We roll down the duvets, all our things in a closet, and hop, wash the floor with large water. The discipline on board is all military. Around 10am Miguel, the master of the place, comes to say hello. He lives up front in a beautiful owner’s cabin that has everything from a Hindu temple. The friend Gilles occupies a small adjoining cabin.

In the large 15-meter-long central cabin, we took Micha and me, with the obligation to tidy up every morning, because this large cabin serves as a meeting place for the entire community of hippies who lives on Dal Lake. So much for the permanent occupants of the flagship. 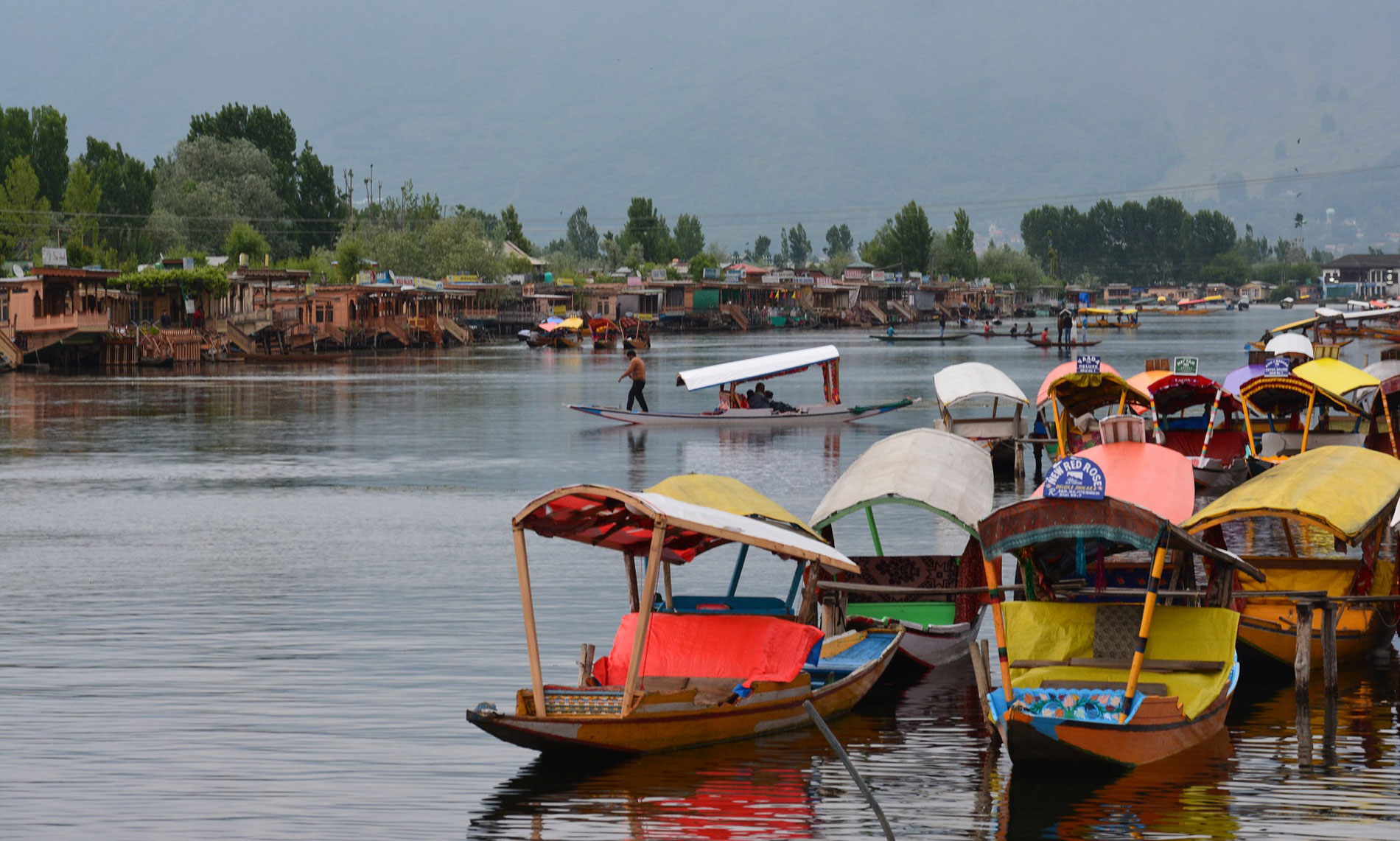 Oh no, sorry, I forgot the essential! On the bow, a mini berth cabin houses the most incredible personality of the edge, I named Bom Shankar. He is a saddhu who has gone through all the stages of Hindu monastic life. He speaks a truculent sabir, happy mixture of pidgin and all the languages ​​he hears around him. “Me be jungle baba, be shilom duty, good duty, good connection!” he said, handing me a big shilom he stuffed for me. A little early for this kind of festivity, but I’m afraid to upset him, I smoke the prodigious shilom.

This guy is amazing. Warm, funny, light and powerful, oh how much. He expresses himself with the hands, with the grimaces and contortions of his whole body with tapered muscles, a beautiful golden color. This saddhu has salt and pepper hair, I give him forty years, I would learn that he has more than sixty. He lived a long time, up to nearly a hundred years. It is certainly the central character of this community that has several hundred babas. His role ? He is the baba of all babas. In Hindi, baba means dad. Mahatma Gandhi was nicknamed Bapu, which means father. He was the baba of all Indians.

All the hippies under thirty years old who overloaded India in the seventies wore this magnificent nickname given by the Indians themselves: baba. So young, none of us was a father, so why name us that? I suppose that the Indians, an internalized people cultivating the psi powers, had immediately understood what our destiny would be: dads of a new people. Today, after all these years, I see that we were the dads of a cultural revolution born in March 1968, for France – the movement of March 22, inaugurated at the university of Nanterre by Daniel Cohn-Bendit who then called Dany the Red, not for his bloodthirsty tendency, but for his political ideas.

Many countries have been affected, after China, the US, France and others. This embryo of revolution has developed at its own pace, making its way into the consciousness. His time has taken time. It took him half a century to hatch at the planetary level. But at the time, completely electrified by the atmosphere and the stoned, I was miles away from that. And thirty thousand leagues from France. In fact, I was very far from the planet earth, lost somewhere on the edge of the cosmos, while Bom Shankar told me the birth of the world.

I did not notice the room was full. A dozen boys and girls sitting cross-legged around the brazier.

Bom Shankar is fixing shiloms. Now he carefully cleans his magic shilom for each new participant. First, he put it on an embers to burn all the remains of mixture. Gently, in the hollow of his palm, he prepares the mix of herbs, tobacco and charas. Carefully, he taps the shilom to drop the ashes. Lovingly, he stuffs the shilom and hands it to the new guest.

We all have a square of cotton or silk to surround the beak of the shilom and serve as a filter. 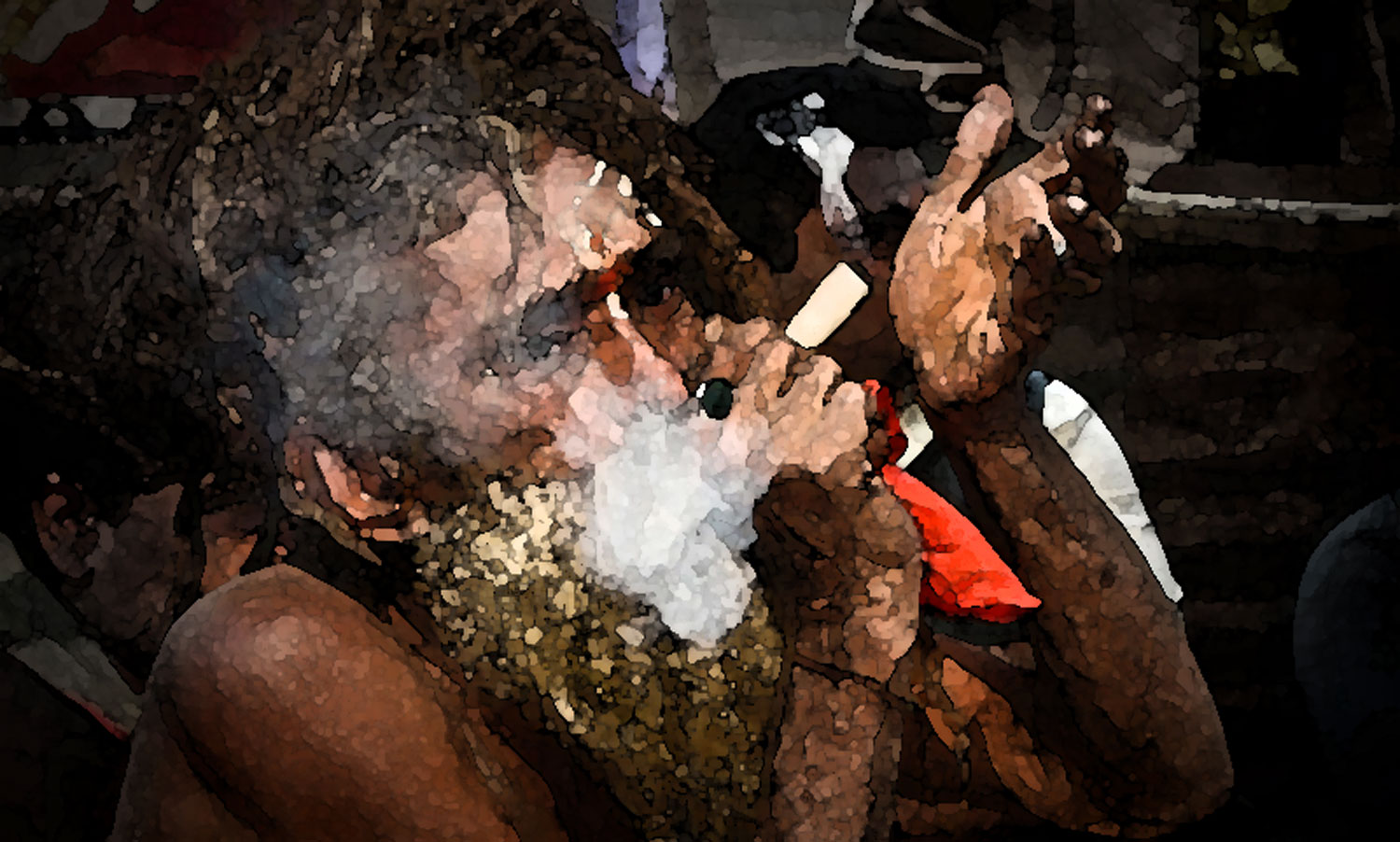 Bom Shankar lit everyone’s shilom, in turn, always casting the same invocations: Bom Shankar! Bom Shiwa, Bom Lena, Bom! Amarnath !! Shiwa Baba! Boooooooooom! Lasting as long as the shilom is not smoked, and it makes everybody high and all the assistance undulates in rhythm. When the last of us ends his shilom, the audience has reached its point of incandescence. The saddhu may start teaching us. First by grimaces. This devil of a man was able to eat his lower lip and his chin disappeared in his mouth. Do not ask me how he did that, I still do not understand. Yet it fascinated me so much that I could not look away from his fuss.

Suddenly he was sitting on his head. Don Genaro does the same trick to Castaneda. I had fun when I read a few years later. Imagine this cross-legged holy man sitting very quiet next to you, and all of a sudden he is on the head, still sitting cross-legged but the ass up. Strange feeling indeed.

I admit that I was stoned like a drunken rat. The Kashmiri charas deserves a good puff. Way ahead from the Lebanese Red, coming from the plateau of Bekaa, high place of the hemp culture until today. Charas is much stronger. It blows your face, peeves your head and sends you in outer space. And the antics of Bom Shankar could only be hallucinations.

Up there you can see your favorite saddhu ass over head. As far as I know, maybe I was head over tails myself. I wouldn’t point at anyone. One thing for sure anyway, when I was very deep on the left side I saw the big eyes of Bom Shankar riveted in mine, and I heard his voice in perfect French tell me how Shiwa Baba made the world where we are. He was alone in open space. Nothing else existed but this cave that floated in infinite space like a bubble of power. Then Shiva the Father enjoyed, his divine ejucula seeded Female Energy called Shakti, and the union of these two poles gave birth to the world.

And the cave was perched high on the roof of the world. It is called Amarnath, the sacred place, the pure jewel. It is the great Shivaite pilgrimage of northern India. Between the full moon of July and the full moon of August. It is located so high in the mountains that the snow prevents access for the rest of the year. 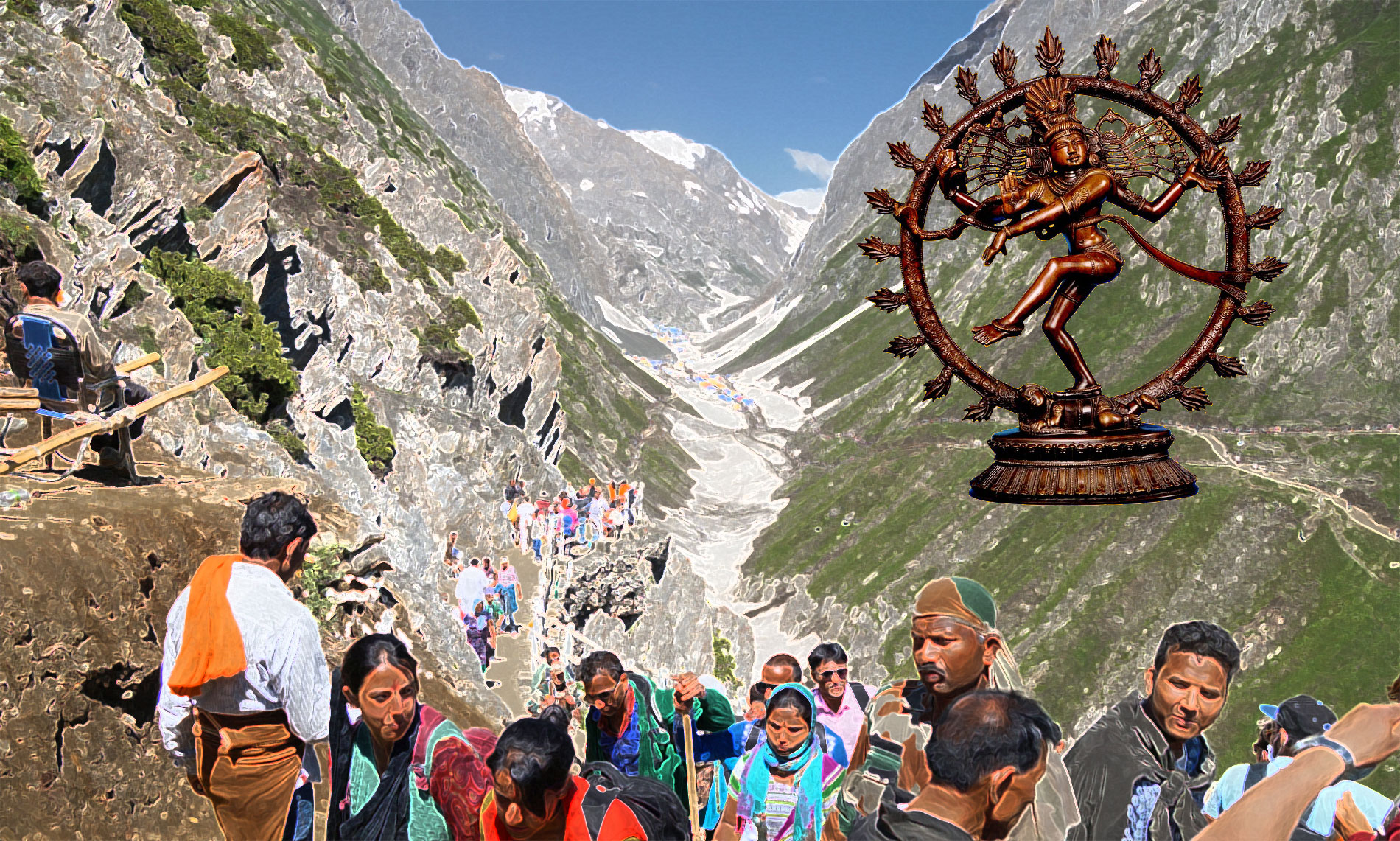 And I wake up with a bound. The moon winks. Micha sleeps. The night is calm. The boat is quiet. We are sailing somewhere to the Big Dipper, Lucy is in the sky with diamonds. Peaceful. I go back to sleep.