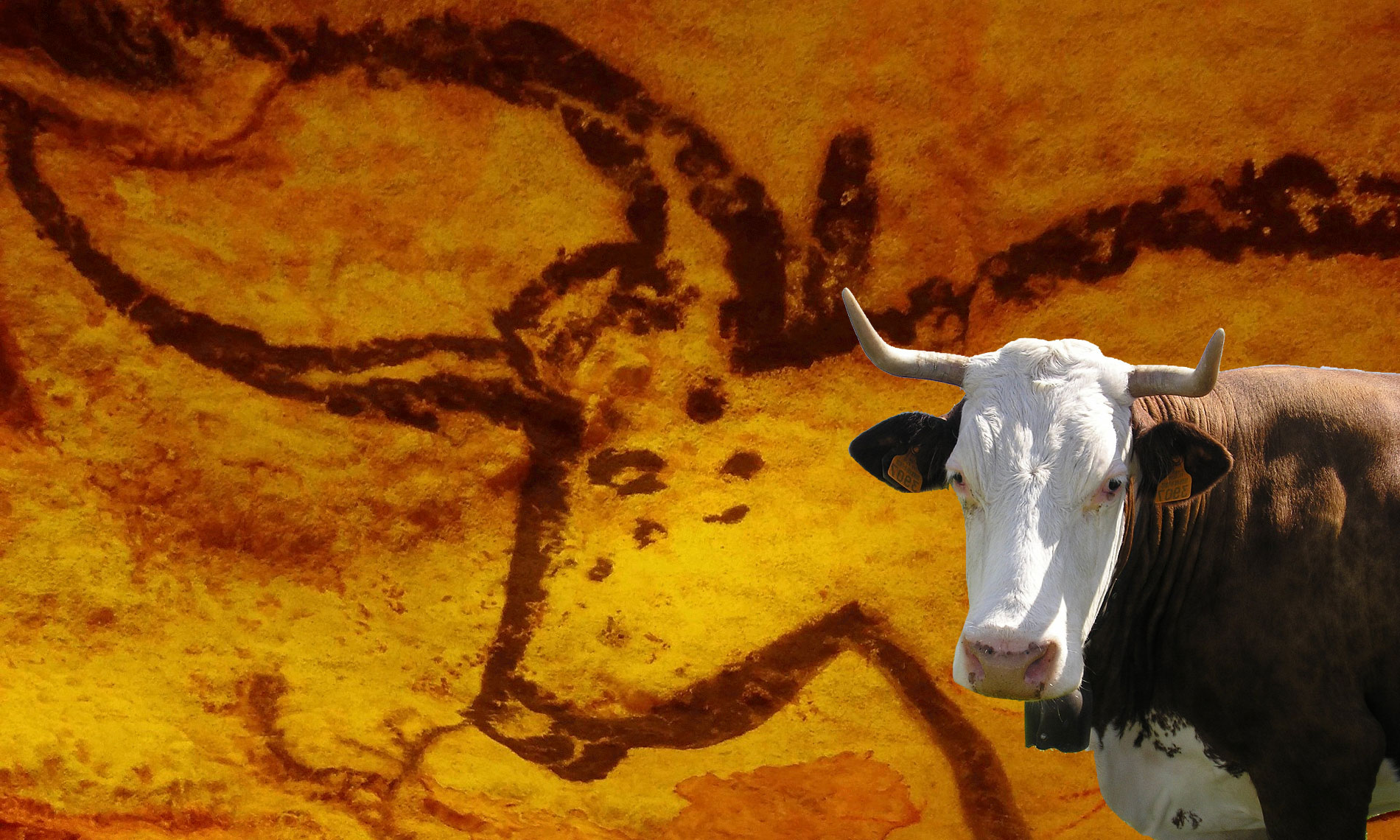 For specialists of the past, the question of dating remains touchy. Hence the incessant arguments that shake the university. There are several scientific methods for dating objects, none of which is absolutely reliable, universal or rigorous. I would like to propose a new one, less facetious than it seems.

My most diligent readers know that I love bringing together the two conceptions of our distant past: the historical vision and the mythological version. No offense to historians, both visions answer each other. You have to be crazy to deprive yourself of the immense wealth of data that myths and legends contain. Valuable indicators spared by the ages, beliefs, customs, rites reflect early times.

From childhood, I loved ancient stories and myths. Later I saw legends as a historical source of great value, as long as we take the trouble to look a little under the skirt of Clio. I’m not quoting the Renault car, but the Muse of History. This is no music group either.

If the myths were tales of sleeping upright, how to explain that they are the same everywhere? If the legends were from Calembre, do you really believe that they would have been passed on for millennia? Legend comes from the Latin legenda. In French: Who deserves to be read. I always knew it. I built my life on it.

However, there are a lot of legends about cows. These cattle play a major role in the Celtic mythology of Ireland, in Greek mythology, in Hindu mythology, in the beliefs of the Masai and in the legends of the Plains Indians of North America. By searching carefully, I am sure we would find these same legends elsewhere, wherever the cow has appeared.

And that’s the idea: the scientific data on the appearance of the cow will give us a date. It corresponds, according to my hypothesis, to the date of the legendary events linked to cows. 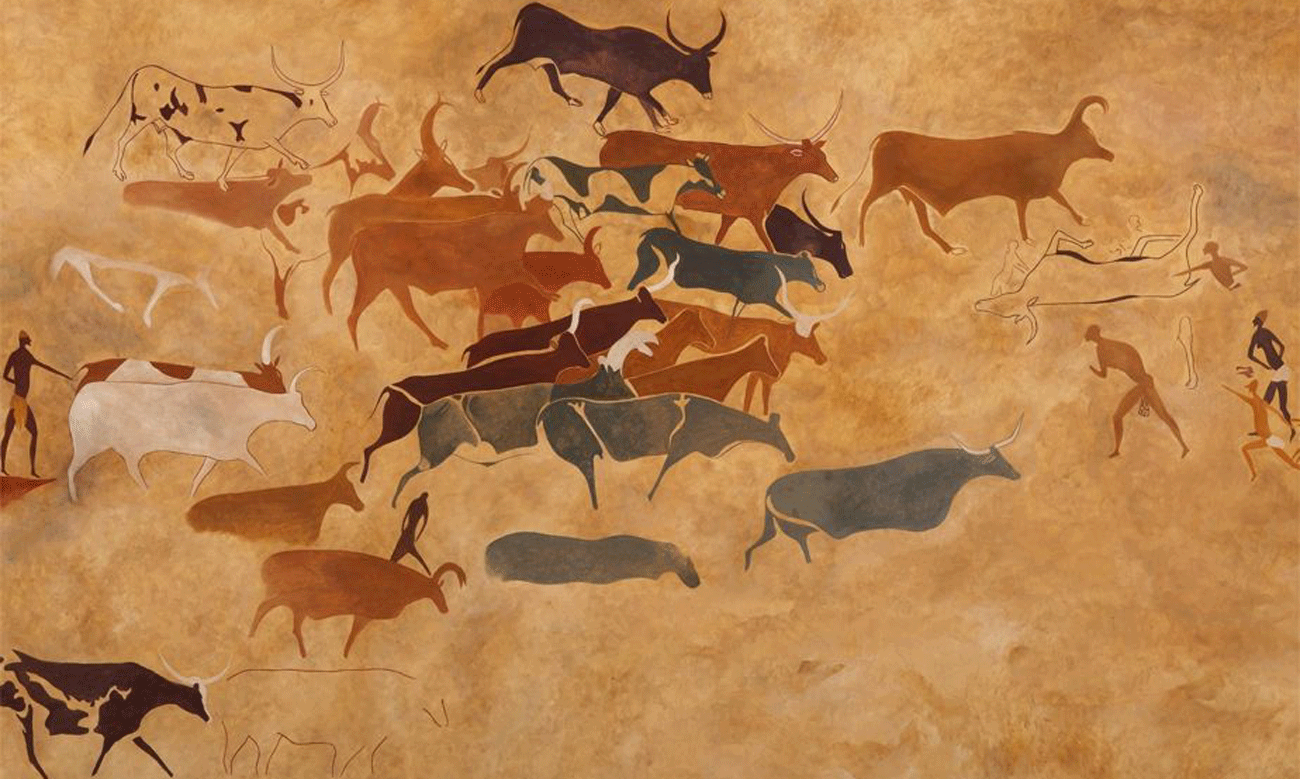 But first, what date does science remember for the appearance of the cow? The answer is astounding.

All modern cattle are descendants of 80 cows that were domesticated 10,500 years ago in Iran from wild aurochs, an international team of researchers has shown. To reconstruct the history of domestic cattle lines, the researchers compared small sequence variations observed in the DNA of 15 archaeological cattle with those of modern cows. Computer simulations establish that the differences observed could only result from a small initial number of cows of around 80 heads. (source)

Dreamy thoughts of unreal scientists. Would such a small number have populated the whole earth in the space of a few centuries? By the only resource of natural reproduction, without the help of external means? I can not believe it. But not the archaeological palaeos. They admit all improbabilities without questioning the evolutionary diktat.

I believe that there was an external intervention, not divine, but scientific. I am of course thinking of genetics. I have shown elsewhere how much our creators are passionate about genetics. And brilliant in addition. We are part of the GMOs they have designed. Thanks to them.

They therefore tampered with the genes of a few aurochs to inseminate eighty females, and everything else followed: artificial insemination of female aurochs all around the world, crossbreeding of the varieties of cows obtained, etc. Without this deus ex machina, without an intervention of genetic engineering, the reduced number of original females makes little sense …

This is a surprisingly small number when we consider the extent of the Middle East and the probable repetition of domestication events lasting several centuries or millennia. (source)Jean-Denis Vigne, CNRS 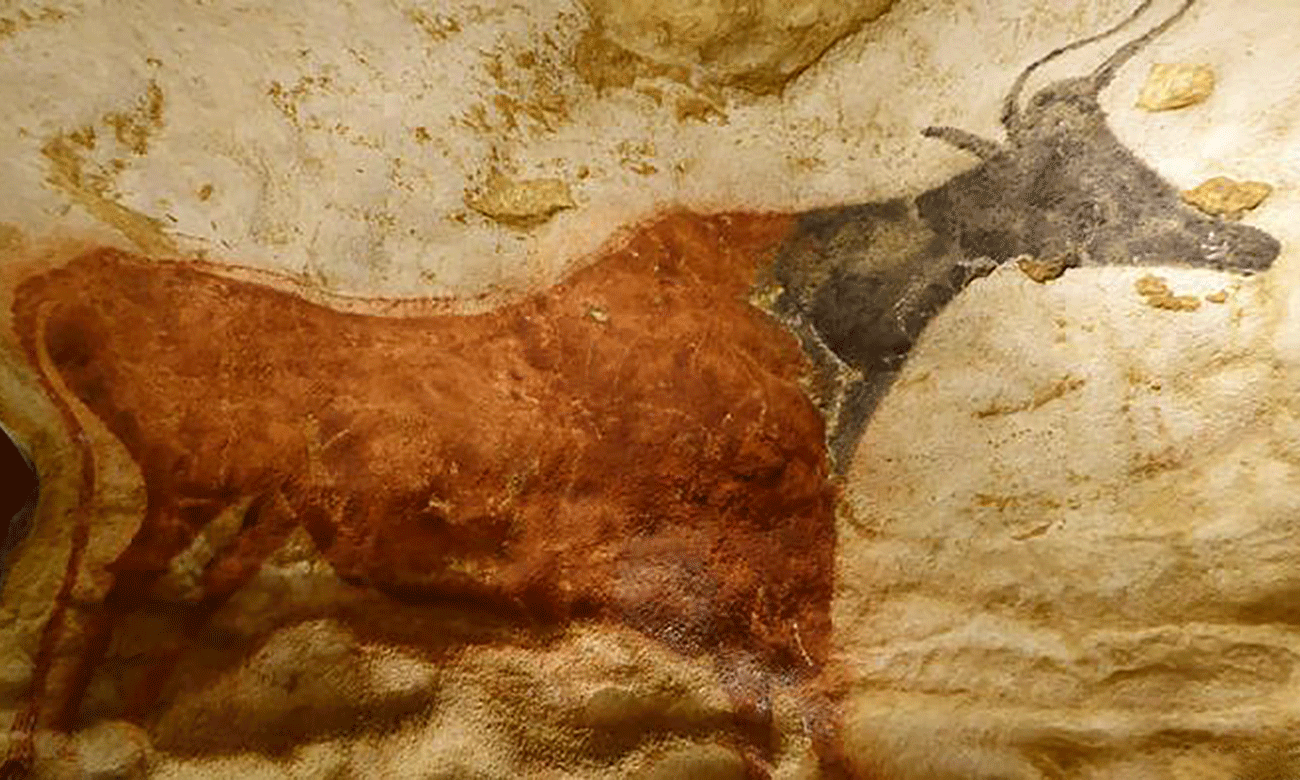 This researcher is right, unless we imagine an operation of global scope, carried out by genetic practitioners experienced in this kind of intervention. When it comes to taming a wild planet, you have to populate it: genetic engineering and in vitro reproduction are basic tools.

This researcher is right, unless we imagine an operation of global scope, led by genetic practitioners experienced in this kind of interventions. When it comes to taming a wild planet, you have to populate it: genetic engineering and in vitro reproduction are basic tools.

Which gives a date that we hope is reliable: – 8,500, 10,500 years ago. The astrological era of Leo. Another great way of dating is astrological eras. Thus that of the Lion makes it possible to locate the date of the erection of the Sphinx of Giza. I should say of the Lion of Giza. It was erected around -10,000 at the start of the Lion era. Why ? Because it was a tradition to celebrate the changes of era by the erection of a monument. The monument dates from this time. He was not yet the sphinx, he wore a mane, he did not yet have the pharaoh’s head which will be sculpted later. Read my article The enigma of the Sphinx.

In Ireland, one of the most famous mythological tales is called Táin Bó Cúailnge, the Razzia des Vaches de Cooley. Did you say “cow”? This story took place in the Lion era, 10,500 years ago. It stages the main Irish hero, Cuchùlainn, and the Tuatha of Danaann, the People of the goddess Dana Ann. Coming from the four islands in the north of the world, they are those whom the Greeks and the Latins called the Hyperboreans.

And their very name clearly means that the gods were under the orders of the Great Goddess. The gods before brought us matriarchy, which was the rule among them. The invention of male dominance came later, much later. It is a lie doubled by a fault and tripled by an error. The third in order.

Cuchulainn belongs to the Age of Heroes. Like Hercules, Lug, Gilgamesh, Jason, Achilles, which we can all date from the same period, the era of the Lion. He finds himself mingled with a dark story of a breeding bull and a herd of reluctant heifers. It would be intensive reproduction that would hardly surprise me. The story does not specify it, but to read between the lines one can easily conceive it. It is nothing less than feeding the new planet. 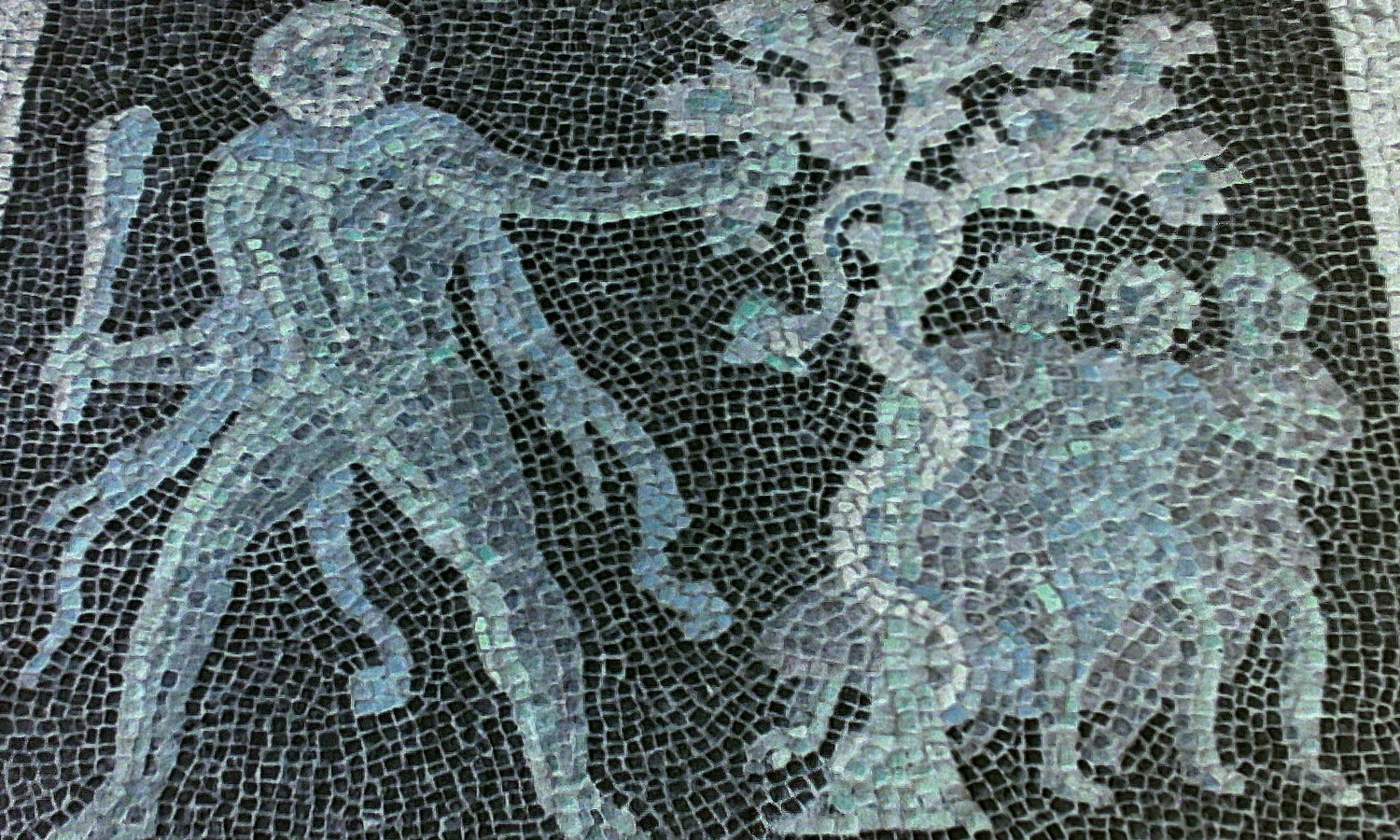 Hercules, or Herakles for the Greeks, that is to say the glory of Hera, was condemned by the gods to achieve twelve exploits. If he fails only one of them, death is guaranteed. The hero does not deflate, he succeeds almost every twelve. In particular two which stage cattle. He manages to subdue the formidable bull of Crete, and the monster Géryon from whom he steals his herd of cattle.

This last story has many points in common with the previous one. The raid on Cooley’s cows takes place in Ireland, the Géryon monster is in Greece, but apart from this geographical detail, the facts seem identical. So then, Cuchùlainn would be Herakles? Why not ? There are many legends, but the heroes were planetary. They have several names, several origins and several homelands … depending on the country that rents them.

For Cuchùlainn as for Hercule, it is a question of appropriating a herd. What is so precious about it? Well, it can be surrogate mothers with a rich genetic heritage, or improved heifers capable of calving like hive queens, anything is possible. But there must be a real stake. It is hard to see heroes turning into vulgar cattle thieves.

And the indomitable bull could be a precious stallion obtained, too, thanks to the genetic manipulations of the ancient gods? That is why he had to be caught alive … Hercules’ weapons are powerless, his features and swords cannot pierce his bronze-like skin. Hard metal from antiquity, bronze variant. He is not just any bull. On this point the legend says true. But she failed to keep the entire original message. This is about technology, science, not weird magic and chimerical exploits. We must repopulate.

The stakes of the terrestrial biosphere are so important that the gods of before have no other priority. This sacred mission comes first. If they fill it, Earth will be able to experience a new youth. Our planet is barely recovering from a terrible cataclysm that has eradicated a large part of living species.

The dominant species, the Reptilians – Titans for the Greeks, Gods before for me – decimated by internal wars, has almost disappeared. You have to start from scratch, or almost. Hence the increased presence of geneticists, ethologists, entomologists, herpetologists and other specialists in the animal kingdom. Excitement among the Olympians, masters of the planet – the Titans. 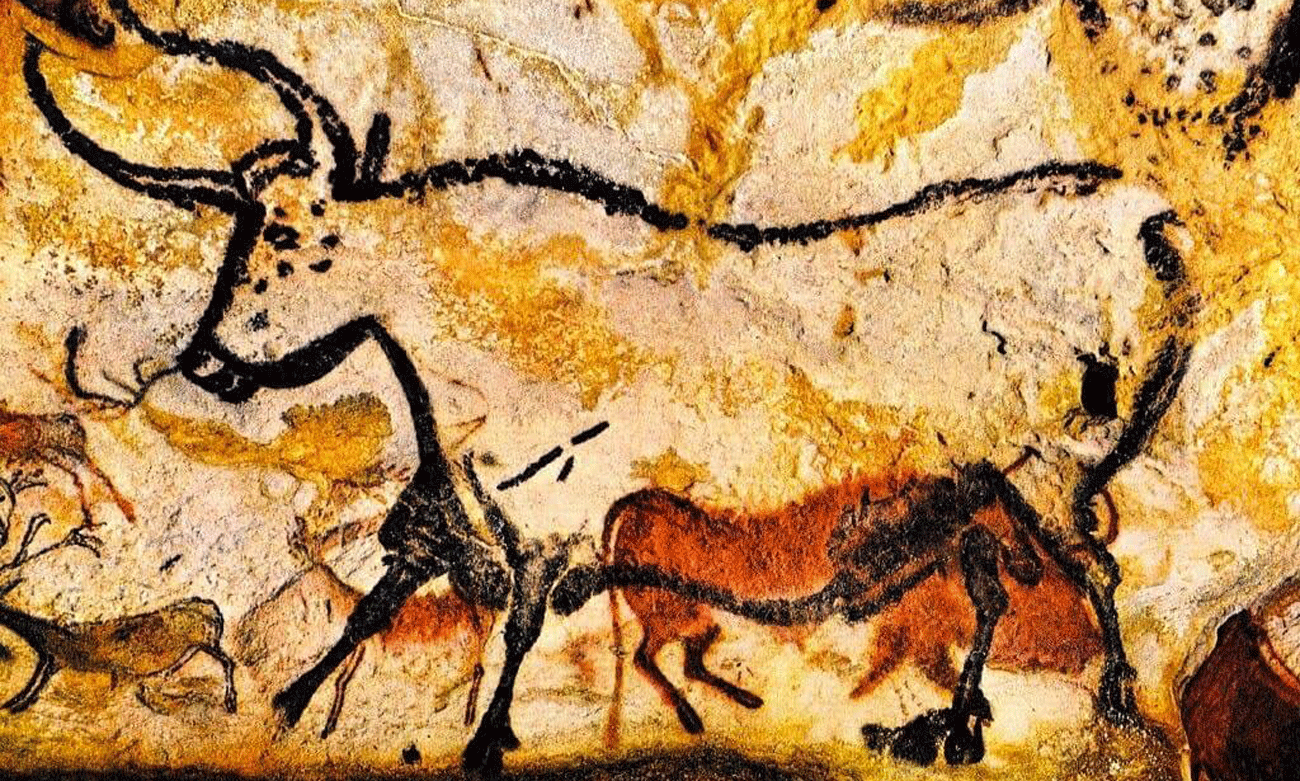 Prometheus / Enki is in Persia in his genetic laboratory dug in the heart of the mountain. He develops a variety of cows never seen before. They have all the qualities to nourish humans and gods. The sweetness of the milk, the taste of the meat, he planned everything. With individual variants to stimulate natural evolution. He created eighty females who deserve to become goddesses.

Rama saw them, these eighty goddesses. He was a child, but he could never forget them. Eighty heifers carrying all the charms, all the graces, all the beauties. And then he fought to carve out an empire worthy of him. At the mature age, it gained India, conquered its kingdoms, and allured its princesses. With the wisdom coming with the years, he retired to the Himalayas, he became the very first Buddha, he began his teaching in Srinagar under the name of Lama. Because r sound is impossible for the inhabitants of this part of the world. It is the l which replaces. Hence the Lama of Slinagal, awake acorn, plemier Buddha.

Lama remembered his childhood. He blessed the yaks, he blessed humpback cows, with long slender horns. He fell in love with their grace. He remembered the 80 heifers carrying so much hope. He said: “This animal is sacred. We cannot eat its flesh, but we must drink its milk. The Cow has all rights. India is its kingdom. It reigns over us and we will honor it as our queen in the centuries of the centuries.“

Millennia have passed. Throughout the Indian subcontinent, the cow still enjoys a special status. The disciples of Rama outnumber the stars in the sea or the grains of sand in your eyes.