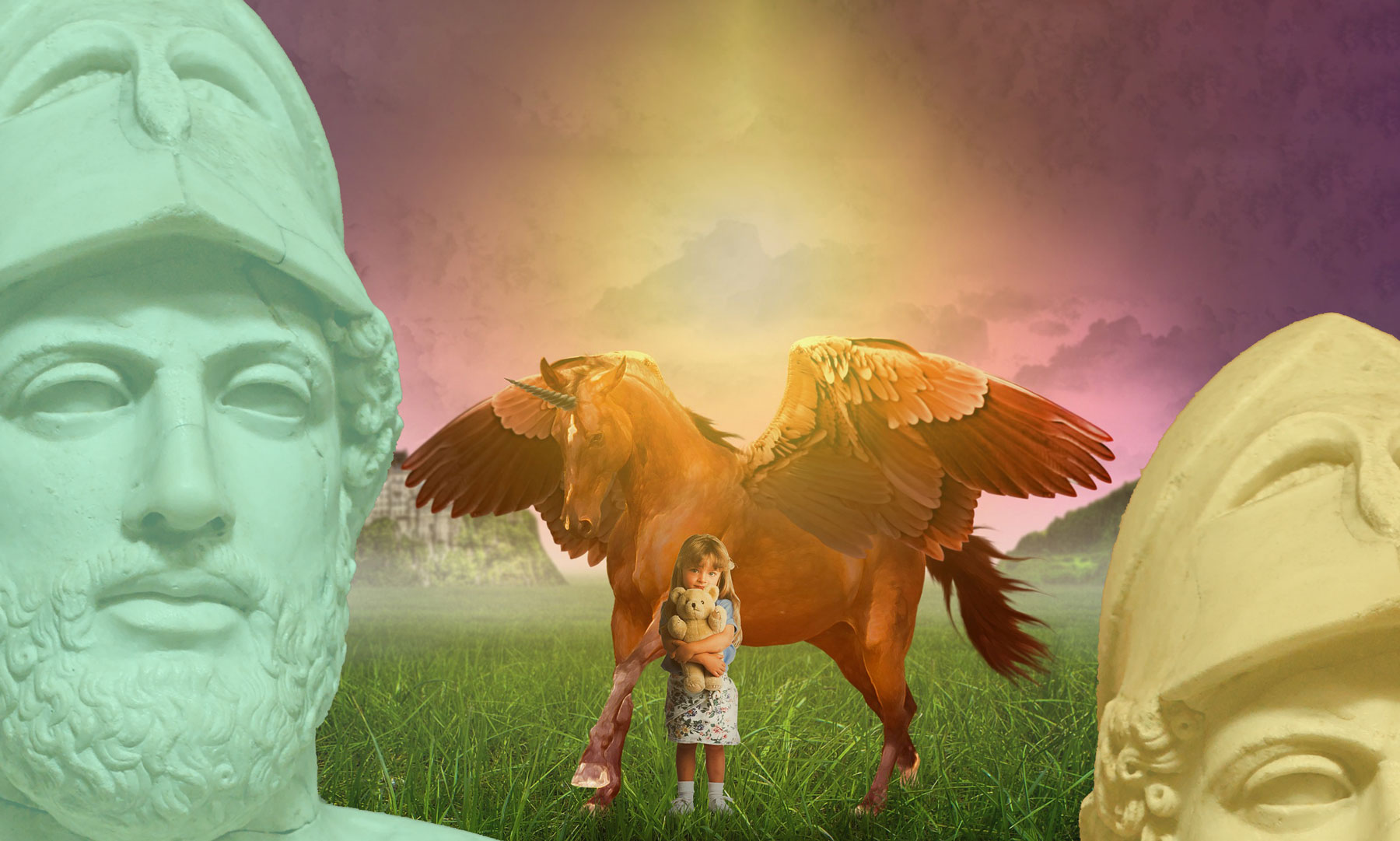 Wild thinking for Claude Levi-Strauss, clue of past enigmas for Mircea Eliade, magical mirror for Immanuel Velikovsky, mythologies keep on questioning us. Beneath their odd exterior, those unlikely chronicles authenticate each other. Being eternal, mythologies remind us of a different world which is quite familiar however. Being efficient, they attract those who can believe in them. Being real, they speak about magical ages long before ours.

Often transmitted in different languages, mainly by word of mouth,Like Fairy Tales they took the colours and perfumes from all cultural backgrounds, while keeping the purity of their origins. Beyond these small differences, all myths recount the same story, which is undoubtedly authenticating them.

Could they told what really happened? If the myths were indeed the history before history? It is as if the border between myth and history was that between the delirium of reasonable. Before, before what ?? they said anything. And at once, someone said shit, this silliness must come to an end, since now we will tell the truth about what is happening for real.

That is how our ancestors invented history. Of course, this is a rough sketch, the cartoon is in broad strokes. Just to make it clear. Just to show the inevitable arbitrariness showed by observers of our past “this is credible, so historical. This is bogus, so mythical.” Fuck the borderline! What seems phony was common before yesterday and will probably be commonplace after tomorrow.

Myths are not fables, they contain a great deal of hidden truth. Moreover, many fables are equally trustworthy.  For too rational beings, deprived of seeing, mythologies are empty. They tell of amazing facts that must be grotesque inventions. Presto! They throw the baby out with the tub water. They are the most grotesque indeed.

Greek philosopher Plato, who was anything but grotesque, invites us to be cautious. He is leading us on the road to find out, looking into myths the hidden clue they contain. This wonder transports us. Myths move us because they sound true. Myths are eternal because effective. Eternal, these tales sound distant echo of a different and so familiar world. Effective, they lead those who still know to believe in disbelief as the warrior, like kids and poets, in these magical ages that preceded ours.

These old moons, so often translated language by language and word of mouth, took the emphasis cultures where they bloom. Even in their variants, myths have kept the freshness and authenticity of origin. This is quite the opinion of Robert Charroux : “Mythology is history transformed by time and poor transmission of events that took place at the dawn of civilization. Generally, a mythology told how the world was created by a Mother Goddess or a supreme god and the birth of the secondary gods bringing the knowledge of writing, agriculture, arts and sciences.”

Still trying to pull a general line, all the mythologies highlight specific gods who have appeared some millenia ago. These powerful gods had some connection or identification with the planet Venus, the life-giving water and legends of heroes or flying animals.  To these themes are naturally added relations of deluges, hybrid monsters, wars between men and monsters, but also giant masters of lightning, weapons of mass destruction, and very ancient civilizations developed. wonderful facts, always the same ones, fit in “a context where we find the classic archetypes: the Initiate man or woman, come from another world aboard a flying machine such as: snake, ram, dragon, bull, boat or “vimana” and also the Mater, the cave, the fountain, the spiral, the treasure. All civilizations borrow from these myths and this arsenal, with some variations. ”  (source) 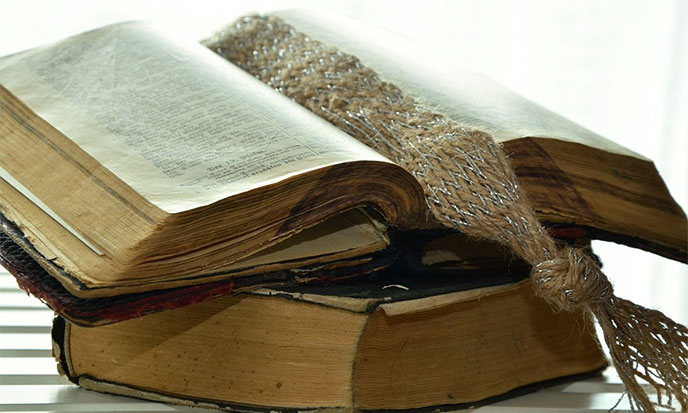 Some myths were written at different times in the past; they became the founding verses of ancient cultures, the holy books of religions. After millenia of oral transmission, putting them on paper has fixed them forever, so they now belong to the specific time of their writing. Therefore they were transformed into permanent dogmas. More numerous myths were spread orally in the form of tales and popular songs.

These poor relatives of myth drank in bars, danced in streets and worked in fields. Under such a shabby appearance, what can be left of their original secret? As amazing as it can be, the changes they suffered from the injuries of time didn’t betray their meaning. Apparently their original message was powerful enough to protect them and save itself. These popular tales, these rural legends have silently pervaded in our collective unconscious. They are echoed in literature, opera, arts, films and comics. So humble are they, you don’t even see them at first sight.

Playing with young kids, we innocently repeat those ancient verses as all kids like it. Adding each particular tale of any nation, they form the basis of our worlwide culture, they enrich and beautify it. Definitely not naive, these poor man’s myths represent the highest degree of science, of subtlety and knowledge that human nature can ever have.

Myths are too perfect stories to be born alone, with neither an intention nor any author. In writing all these mythical stories, some wise men placed most of their knowledge into these easy-to-remember fables.

What’s important is not to believe it or not but to ask a maximum of questions. (Bernard Werber) 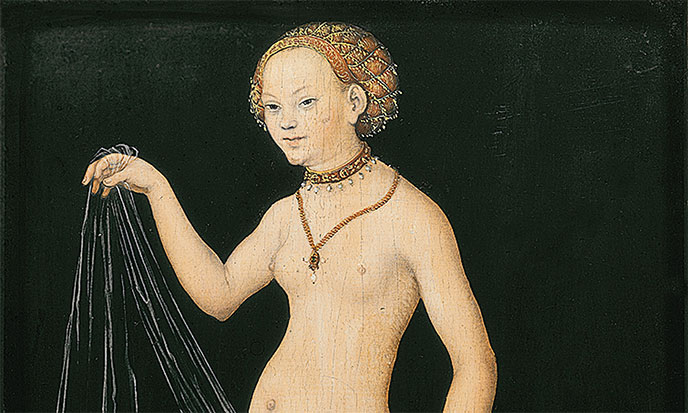 When An Old People Dies …

Those sages then put these messages in a bottle to threw tham away in the waters of time, in the hope that they would be found some day. They all tell of a one and only story, ours. They are the precious legacy from ancient gods. To complete the legacy, these legends have to be combined into one. Their perfumes have to unite and make us remember of a time when giants walked on Earth, when nuke bombs exploded, when Titans straightened the axe of Earth. In those lost times, Masters of Lightning built giant temples to be baptized by the fire from the sky. In there they drink lightning’s water that made them real gods.

Shall we follow them on their giant steps? Shall we shiver, then marvel at their strength? Shall we be moved in front of the greatness of their achievements, and then dream up? When the adventure first started, a witness lived it. Thus can he whisper his testimony in our ears. There are so many apples in the orchard of knowledge, so many golden fruit waiting for man to pick them. Let’s dig wells in the huge depth of the past. This way, sooner or later, the truth will spring from them. Naked.

Back To Mankind’s Childhood

Childhood memories for each one of us as well as for our entire race, legends and tales were created to awaken the world. A fabulous universe, more noble and pleasant than ours, when we fought trolls, joked with korrigans, heavenly elves and fairies. Our lost heaven, a priceless source. Definitely not fables but rather the crypt where lays our past. We must decipher our distorted and forgotten past. It is getting harder to be a human hero – i.e. escaping the matrix, rejecting formatted dreams from Hollywood or so. Harder and harder to resist the big steamroller of progress. But also easier. In cities, it becomes harder and harder. In the countryside, it’s getting easier from day to day, from hour to hour. Everyday, in summer and winter, each citizen should walk a few steps, barefoot on Sacred Earth. Monks did it, with good reasons.

And above all, there are myths. Former gods gave us the holy science they brought with them. A fantastic adventure ground, where virtual realities spread out, filling us with wonder. They teach us too, myths are history lessons. They tell about us, about what Man used to be, about what kind of species we were, long time ago.

And about what we were in this life, when we were children. As everyone knows, a child naturally get on well with hidden Little One’s. A child is conforted by smaller beings; at this young age, memories of the enchanted world are not totally forgotten. Until three years old, children have psychic powers. Fortunately, they don’t use them very often. With time and education we think we gave them, their magical link to the world is broken. School atrophies these powers which hardly subsist in some forever young artists or visionaries. All those who still use their brain’s right hemisphere. All those who use the intelligence of guts. 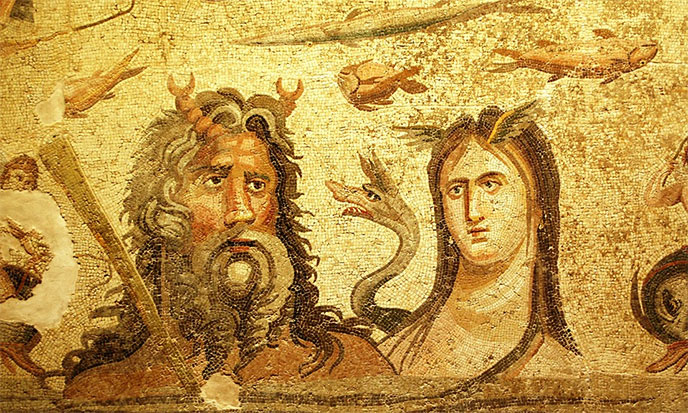 It is mythology that will survive to science ifever science disappears. (Roland Lehoucq)