If we are to believe the legends and sacred texts of the past, countless aircraft roamed the skies of ancient Egypt, China and many other ancient countries. As to learn more about these mysterious flying machines of the former gods, the uncertainty reigns.

The Mystery of Abydos glyphs illustrates this malaise. There is a carved lintel into a temple of Abydos where are clearly visible contemporary style flying craft silhouettes. Does this mean that the Egyptians once possessed such items? Helicopters, submarines and supersonic jets? Seeing these glyphs, it looks true. Yet, as we could suspect, Egyptologists do not hear it that way. There is real uncertainty as to learn more about these mysterious flying machines of the former gods. The mystery of the glyphs of Abydos is a good example.

“If you happen to find a TV show, a book or a website that talk about glyphs from Abydos, beware: you may be dealing with foolish fans of Egypt. To them, a few simple hieroglyphs eroded, hammered and redesigned, found in the temple of Osiris at Abydos, suffice to prove the existence of a high-tech civilization in Egypt, just before that of the Pharaohs…” (Source)membres.lycos.fr / nebetbastet / myst% E8re.htm

Almost, we would esteem the Don Quixote ready to deflate like a dead balloon false conundrum and other untruth. Alas, after this excellent beginning, the righter of wrongs chickens out a bit: “If you look closely you can see a helicopter, an airplane, a tank and a special vessel. However, Egyptologists easily recognize that the apparently strange ships are just illusions produced by erosion of the stone surface in a process called “palimpsest.” A palimpsest consists in the erasing of the original text lying on any surface (papyrus, parchment, stone …) to replace it with another text.”  (Source)membres.lycos.fr / nebetbastet / myst% E8re.htm

This method, widely used in ancient Egypt, consisted in replacing the cartouche of a forgotten pharaoh by that of another pharaoh who wanted to assume the authorship of an earlier monument. That is how Khufu pretended to be the builder of the Great Pyramid, although it was already quite old at his time. The technique was simple: with a chisel , they erased the original cartouche, and then drew a new cartouche with a thin mortar of lime. During these alterations, it could happen that the glyphs were damaged by the chisel and revealed incongruous shapes. But in this case, obviously, the explanation of palimpsest does not. How flying machines that actually exist today could be so clearly drawn with one stroke of chisel or patch? Archaeologists are so afraid of the truth that they talk nonsense. “Because of the crumbling plaster that covered the previous “title”, some superimposed signs are effectively similar to a submarine, etc. But this is just a coincidenceSeriously? What a joke!!”

And our naive author concluded: “Be that as it may, thousands of people have seen the pictures of the hieroglyphics with, as a caption:”The aliens were in Egypt!” or “The proof of the existence of Atlantis.” (source)membres.lycos.fr/nebetbastet/myst%E8re.html   Why not? It is at least less stupid than to speak of palimpsest! The planes and the chopper would have been drawn by “the plaster crumbling?? We are dealing here with a champion of disinformation! It is like saying that the bisons of Altamira are damp patches. 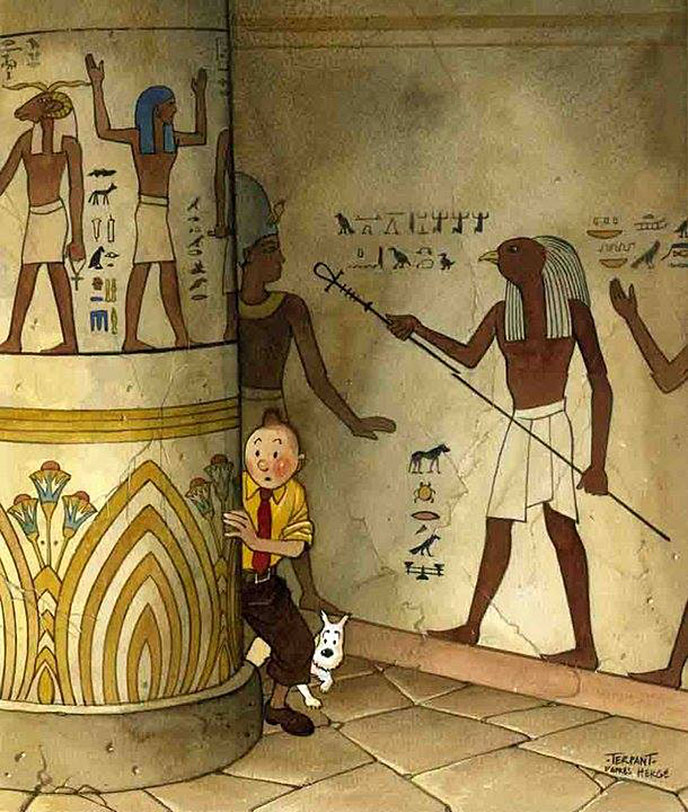 An extraordinary discovery shakes the small community of new researchers. It further strengthens the technological hypothesis and extraterrestrial track. This is ancient hieroglyphs adorning the temple of Abydos, again. They clearly represent two Gray aliens and their flying saucer. Do Egyptologists will tried the crumbling plaster and palimpsest excuse once again? Those sad fellows are inflating bad faith !!!!!!!!!

By dint of saying unverified things, some scientists run the risk, in addition to be ridiculous, to discredit their discipline for a long time. Damn! Even if it is so advanced, the science can not deny the common sense, otherwise it goes straight into the wall. And specialists in various sciences should draw their inspiration from some ideas of their neighbors. Thus they would find out other points of view on the cosmos and humans. They would see what they have missed.